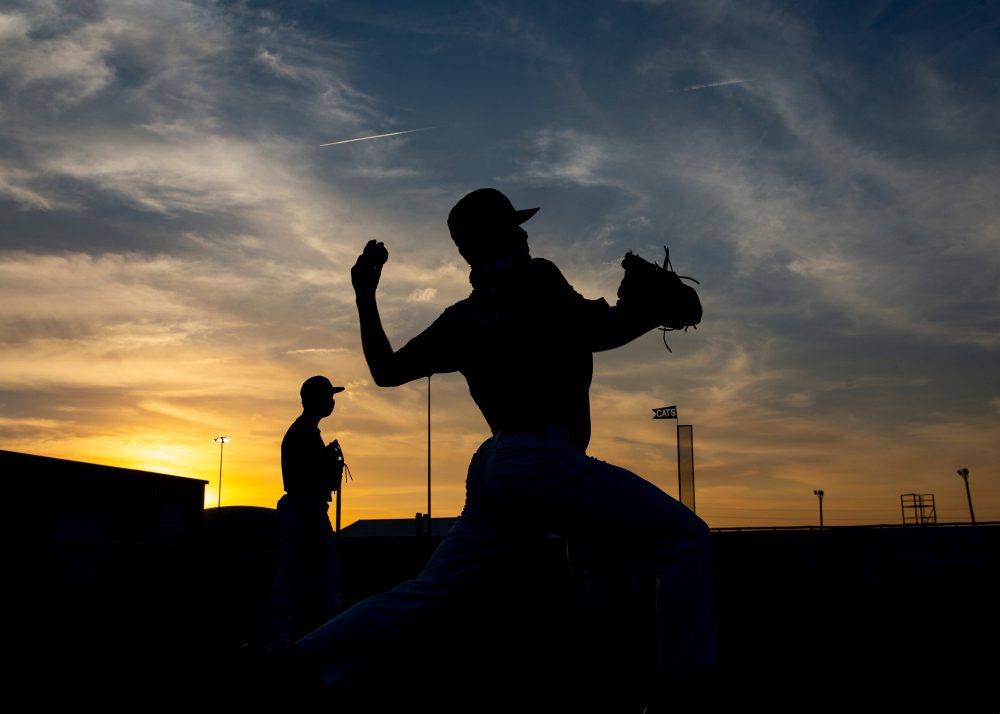 That strangely unspeakable sense of struggle that you feel each day at work. That one? You know the one I’m talking about? We’ve all hit the three o’clock crash before, but this has been different. It’s not that you’re not working, but you can feel yourself being a little less productive. You’re a little more checked out of those Zoom meetings. When you talk to your co-workers in the three minutes before your boss gets on the call, you’re all “dragging.” You haven’t completely lost your abilities. But … things didn’t used to be this hard.

For almost a year now, we’ve all had to exist under conditions of extreme stress. Going out to the grocery store is now a fraught decision, beyond just “Is having garlic bread to go with dinner really worth the drive?” You have to make a 7-step plan to do things that used to be really easy.

So, why all the dragging? It’s the cortisol talking. Chronic, low-level stress is bad for the body, even though we don’t even really have a word in the English language that means that. We have the words disaster and catastrophe and emergency, but what do you call it when everything is just a little more difficult than it should be, but it never lets up?

Even if we don’t know what to call it, it’s there, and it leaves a calling card. The feeling that you have of always having to be a little more alert of your surroundings? That’s your fight-or-flight response working overtime and cortisol is the hormone that regulates that system. It’s a useful system when there’s a large predator headed your way. The problem is that it’s a system that’s really only meant to be “on” for short periods of time. Past that, it can have some nasty negative side effects.

Cortisol and higher cognitive functions don’t really mix. Cortisol is really easy to measure (a simple saliva swab will do it) and you can even inject someone with it to see how it affects them in the moment, so its effects are pretty easy to study. The two most studied age groups in this line of work are children, particularly around their performance in school, and middle-to-older age adults, particularly around the issue of loss of memory and cognitive function as they age. Let’s just say that the results aren’t good. (Here, I’ll do the thing where I link to a bunch of studies on the subject.) Memory and recall and learning of all kinds seem to affected, again not to the point where a person loses the ability to learn, but to the point where it could have been more.

You’ve probably felt this first-hand. You forget something that you were supposed to do until an hour later. You have trouble coming up with a name of a person you work with. The reason that it feels like it’s happening more now probably has to do with cortisol dysregulation in your bloodstream.

Now, this is still a website about baseball, and the professional players of that game are older than schoolchildren, though not yet ready for “middle age.” But the effects of increased cortisol probably aren’t lost on them either. The pandemic has been awful for everyone’s mental health and I’m sure some of them are “dragging” too, but strangely, I don’t want to talk about the pandemic here. We’ve already spoken of this low-level stress, situations where nothing bad happens, but where you’re always a little worried about something.

There’s that missing and unspoken word again. We’ve been struggling with what to call it in baseball for years.

In the past, I’ve written in this space about the astonishingly low wages that minor league players are paid, and how that leads to terrible eating habits, but more germane to the topic at hand, a condition known as food insecurity. You’re always a little worried about having enough money to eat dinner, even if you manage to scrounge something up and never actually go without. The low wages also lead to players living in crowded, substandard housing, which is terrible for sleep hygiene, and for that reason, neurological development in general. Even if nothing really bad happens, the worry is what gets you. Cortisol is both quiet and efficient. And if you’re someone who is trying to learn how to become more than just a “good athlete” but actually learn how to be a Major League Baseball player, that’s not a great situation to be in. Cortisol interferes with the memory and learning skills that you’re trying to use. It doesn’t eliminate them, but in a “game of inches”, every little bit of advantage matters.

I’ve talked about how solutions to the food and sleep problems are solve-able with a small financial investment on the part of teams. My colleague here at Baseball Prospectus, Jeff Long, has written about the housing issue as well. Good food is relatively cheap. Housing has a cost, but you can literally amortize that cost. If you want to bail on the program, it’s a building. Buildings have re-sale value.

For that investment, you get players who don’t have to worry as much. More importantly, you don’t have players who have massive build-ups of cortisol in their bodies, as they try to learn and grow and perform as ballplayers. They don’t have that weight tied to them. This isn’t charity. This is good player (and human) development practice. This is an investment in the team’s performance. Rob Mains has made the case that even if what a team recoups for such an investment is a stockpile of slightly less bad players to stick at the end of the bench, there’s a lot of value to be gotten from that. The math is correct and it isn’t even all that hard to figure; there’s just not been the will to do it.

According to the prevailing mythology, the struggles and suffering build “character” or somesuch nonsense. Folks, cortisol is not character. Maybe up until now, executives in front offices and players have actually believed the old story, even the ones who swear that they are guided by science. Maybe, reader, you do too. I get it. The research says that the way that you convince someone to change a long-held belief isn’t to throw more science at them. It’s to guide them toward finding their own motivation to change that belief.

So, reader, if you are someone who still believes that the deprivation of the minor league lifestyle is not only necessary but conducive to building good major league players, I’d invite you to take a look in the mirror. You’ve now lived through almost a year of chronic stress. If you’ve noticed that it’s affected you and your own job performance, and that perhaps it has not made you into a superstar at your job, then perhaps you might spare a moment of empathy for what it might do to a minor leaguer. Then spare a moment for disbelief that it still remains this way, despite the fact that unlike the pandemic, this problem is eminently solvable.

And if the person in the mirror just happens to be wearing a polo with a backwards major league team logo on it, you have a superpower. You can actually do something about this one.

You need to be logged in to comment. Login or Subscribe
Craig Maczkowicz
It's pointed out right in the article that this expenditure would have a direct positive impact on team performance. So, even if all owners are amoral monsters (no comment), it's a relatively cheap investment to directly add wins. More money is spent for less competitive advantage elsewhere.
Reply to Craig
Craig Maczkowicz
Sorry, noticed the comment I replied to is gone. :)
Reply to Craig
Craig Goldstein
Hey Craig, yeah, I've asked John to stop telling us to focus on the on-field portions, and he's refused, so I generally have removed comments that have focused on that. That he was wrong in his interpretation (I mean, maybe they shouldn't trade grad students that badly either?) on top of all that made it an easier call.
Reply to Craig
Shaun P.
Pretty powerful, and really helpful advice. Thanks, Russell!
Reply to Shaun
Maureen Mielke
Yeah but if every team does this their net gain is zero. Not that they shouldn't do it but I'm sure this thought may cross owners minds.
Reply to Maureen
Craig Goldstein
how is that different from literally every other developmental upgrade teams have made over time?
Reply to Craig
dodger300
But that begs the question: What is the result if all the other teams decide to treat their minor league players better, but your team doesn't?
Reply to dodger300
alex chidester
Great article, Russell. On top of the issues you mention, it must even more challenging for players coming from Latin America to deal with food insecurity AND subpar housing AND a huge culture shift AND a new language, all while having to be really good at their job.
Reply to alex
Aaron Haddorff
Great article, thanks!
Reply to Aaron
Darin Watson
Very well said, Russell.
Reply to Darin