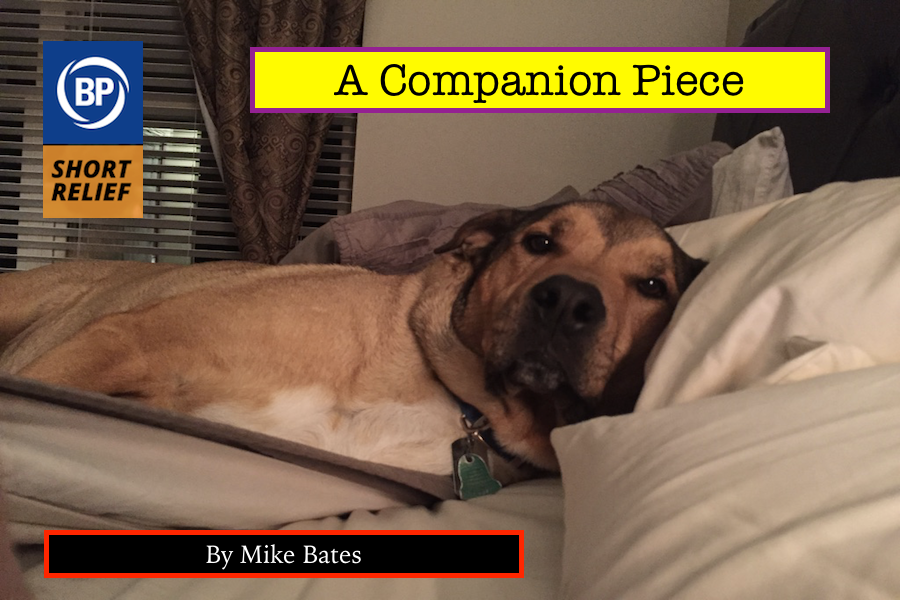 From the outside, beautiful and stunning. But the inner workings stopped doing just that: working. Everything toxic has had no way of escaping, and rapidly became a virulent poison. I’m speaking, unfortunately, both about professional baseball and my dog, Zeke, who passed away on the second to last day of 2019 of renal failure.

Zeke came into my life in the summer of 2010, a three month old puppy who had already been housebroken and was full of love and energy. He has shared that with me and my family ever since. During the most traumatic moments of my life, he had been my constant, faithful companion, and his perfect joy and enthusiasm for me helped me recover. He demanded affection. I meant that quite literally. He came up to you if you stopped moving and burrowed his head under where your hand had rested, forcing you to pet his head. It was utterly restorative, healing. I will not be so dramatic as to say that this dog saved my life, but I will say that I don’t know what my life would be today without him.

My other constant companion was baseball. It’s been there for me since I was eight, but the rapid expansion of MLB Advanced Media put it in my home every night for six months a year at a time when I needed it the most, even without a satellite or cable subscription. The rhythm of it kept me distracted when I needed to not be so much in my own head.

But while Zeke returned the affection he received tenfold, leaving you warm and wondrous that God could create such a perfect creature, Major League Baseball has turned contemptuous of those that support it. Rather than returning their love, and justifying the fans’ faith in the game, they work to restrict access to the professional game through the removal of minor league teams and by pricing regular fans out of big league stadiums entirely. Teams hoard their treasure like wyrms, dispensing it in dribs and drabs, supposedly until they reach a mythical point in a competitive cycle that my never come. While much has been made of the huge contracts signed by Gerrit Cole, Stephen Strasburg, Anthony Rendon, and a handful of others, 13 of the 30 Major League teams have each committed to spend less than $11 million this offseason on free agents. This includes supposedly competitive teams like Cleveland, the Red Sox, Cubs, Dodgers, Athletics, and Cardinals. Hell, even the Rays spent $12 million on an outfielder.

And that’s even before we get into how some teams view domestic abusers as undervalued assets and how little an industry that continues to generate record revenues cares about the next generation of players. It leaves a bad taste in my mouth, like ash, and I occasionally think it would be easier to walk away. I can’t lose both of my closest companions so close to one another though. But if I had to pick one, I would’ve picked the one that loved me back. 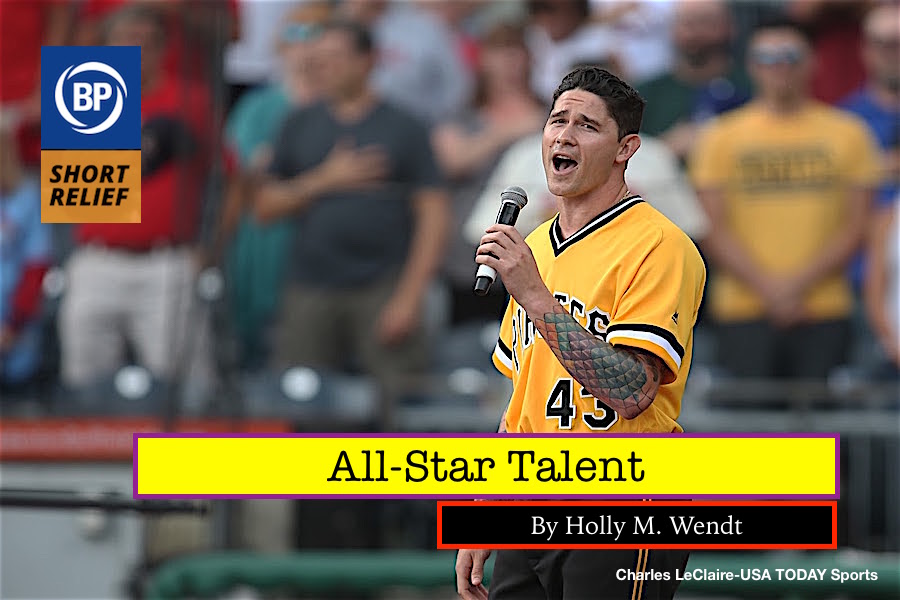 At the end of last season, Pirates pitcher Steven Brault reportedly expressed interest in getting some time in the outfield in addition to fulfilling multiple roles on the mound. Much has been made also — and deservedly so — about the vocal talents of Pirates pitcher Steven Brault. Brault has sang the National Anthem at more than one game and will be releasing an album this spring of songs from Broadway, and he offered a fantastic iteration of “You’ll Be Back” from the astonishingly good musical Hamilton at the Pirates Charities Partners Celebration. And that got me thinking — as one might be wont to do in these winter doldrum — about the current one-dimensionality of things like the All-Star Game. Of course the players participating in MLB’s All-Star activities are good at baseball-related things; they are professional baseball players. The more interesting question is this: what else are they good at? So I’m proposing an additional event for the ASG: a competition for talents and skills expressly unrelated to baseball.

Parameters: Every team in the league gets to send one representative for the talent competition, and that representative is voted on by the players alone.

A panel of judges will be selected from anthem performers, mascots, and interestingly talented concessions vendors around the league, and the seven judges ultimately chosen will be controlled for representation across multiple vectors. A panel of gymnasts and tenors alone won’t do, of course, if we’re hoping to give the secret blacksmiths and pastry chefs a fighting chance, too. Entries — which must be completed live, in a demonstration or performance of no more than 30 minutes — will be scored according to a rubric. Rubrics will be made public. The only restriction on entries is that they must be able to be completed on-site, though completed works may also be brought in exhibition and specialty equipment may be brought in. That means that Mike Trout can absolutely set up a weather station on the premises of the current ASG stadium, but Hunter Pence will have to bring his conical burr grinder to the stadium and not take a camera crew to Coral Sword to demonstrate his prowess in pulling the perfect espresso.

While musical talents are sure to be among the more popular ones showcased, being that baseball has already had a plethora of musicians in its ranks, teams will quickly learn to strategize. After all, no one wants to be the fourth bass solo the judges have heard in a row. “Does inviting the judges to be participants help or hurt one’s chances?” teams might ponder, before selecting the clubhouse magician who is sure he’s got the magic guillotine trick down. Taste-tests woo, don’t they? Sure, as long as the inventive amuse-bouche doesn’t trigger an allergic reaction in Judge #4.

The real hope, of course, is that the All-Star Talent Competition rewards players for containing multitudes. Rather than having to hide or sheepishly downplay some startling skill, players are now encouraged to say they hand-knit that kick-ass warmup sweater themselves, not pretend their girlfriend got it on eBay. That back-up catcher who’s never going to have a starting job, who’s spent countless games rubbing up balls and knowing he’s not coming in unless someone gets hurt, has a chance to be a hero because he’s also really, really good at throwing pots. It’s the signature glaze — the exact color of a brand-new Rawlings anointed with the perfect Lena Blackburne shadow — on an elegant, deceptively simple bowl that wins him the competition. In the interview afterward, he talks about his experiments with lace-red kintsugi. Whole swathes of people watching at home learn what kintsugi is.

So what’s the reward? Bragging rights feel especially important here, but some money would be nice, of course, and a companion donation to a charity or cause specifically connected to the winner’s talent. If our pastry chef wins, a set of scholarships for aspirant bakers. Our master potter? A clay arts program in an underserved community. Everyone wins, especially those of us watching along at home, who might see something we never saw before. 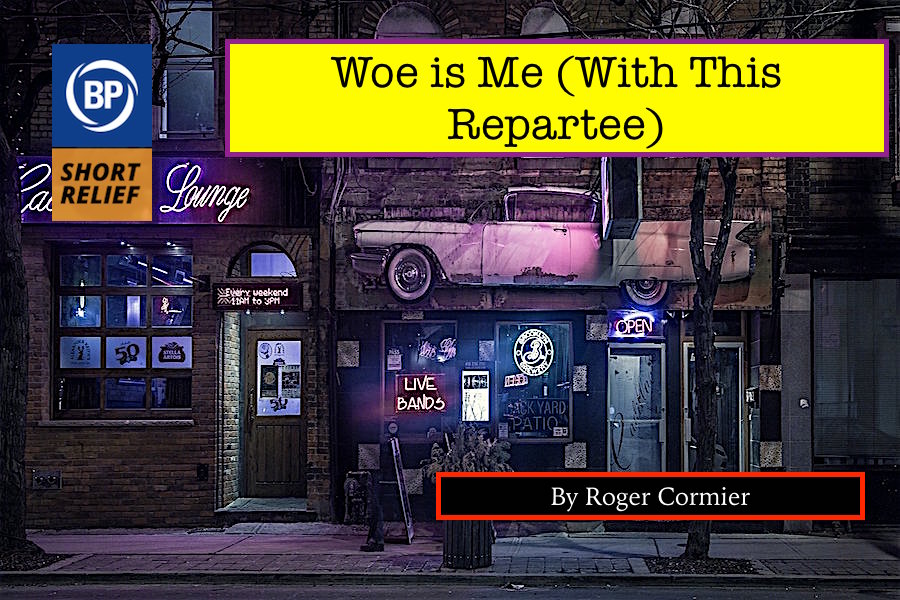 “The owners are screwing the players yet again.”

“Yeah well good for them! Baseball players make too much money.”

“Did you know MLB revenues are up for the 17th year in a row? And player salaries were down in 2019 for the second year in a row?”

“They weren’t down for two years in a row in over 50 years.”

“Sure, the Coles and Rendons. But let’s see what happens to the middle class of the league. They’re getting the shaft.”

“Every owner can afford to spend more than they do.”

“Owners have admitted to colluding three times. They have the burden of proof. Until they open up the books, I say they’re full of it.”

“What kind of business would willingly open up their books? Besides, they’d just hide the profits in their various real estate and media holdings.”

“… if you know they print money off real est -”

“Players make too much money.”

“How would you feel if you knew your employer was making more money but your salary decreased?”

“Too. Much. Money. Teachers deserve more.”

“My old man was a 7th grade English teacher in Queens. You think I’d be sitting here talking to you if teachers made more money than baseball players?”

“What’s that supposed to mean?”

“What’s what supposed to what?”

“You wouldn’t deign to talk to me if you were rich, your majesty?”

“Get the hell out of my face.

“Not leaving a tip?”

Okay kids, what did Roger do wrong here? Did you spot it? I know you did. You are some smart folks.

What do you say? Should we give Roger one more chance?

Well let’s do it anyway.

“The owners are screwing the players yet again.”

“Yeah well good for them! Baseball players make too much money.”

“… yeah you’re probably right. Thanks for setting me straight. Would you like to hang out in silence while we watch some bowl game and we drink too much for the next four hours?”