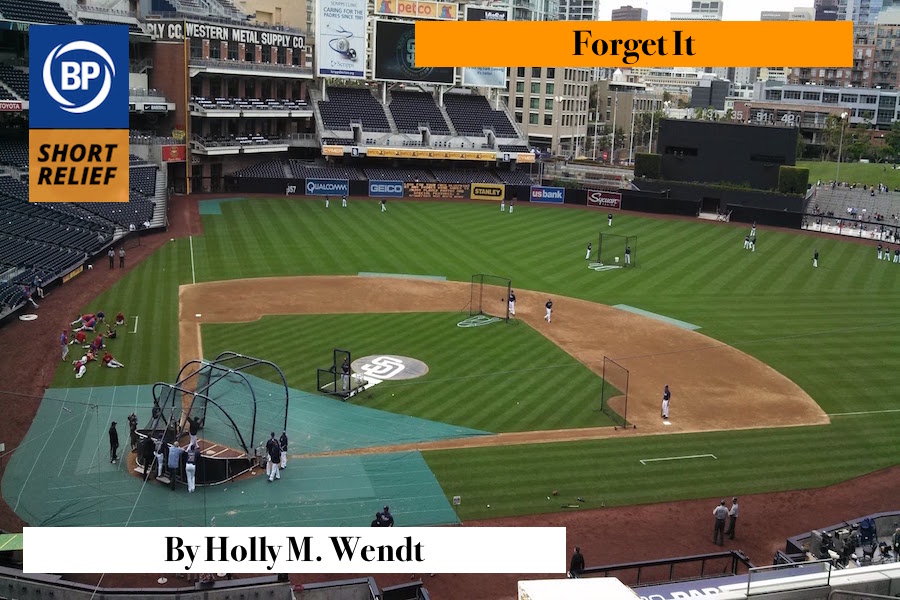 The last time I was in San Diego it was 2013, and I went with the express purpose of watching baseball: three games between the Phillies and the Padres in late June. 2013 was the first of the Phillies’ very bad years to follow the championship era. In 2012, they broke even (just like 2019), and then for six years straight, they didn’t.

But things were okay for those three games in San Diego — Philadelphia won two out of three, and it’s hard to find a prettier place to watch baseball. We got a tour one night and watched batting practice, a treat still rare enough for me to marvel at. During warm-ups on another night, Jimmy Rollins bounced a baseball into the third-base stands, the best ballpark souvenir I’d ever gotten, and in the eighth inning of the first game, Chase Utley hit a homerun over the centerfield fence, freshly shortened. In that season, it was clear the clock was ticking on Chase Utley and Jimmy Rollins both, so watching them in person again really did feel like something. We were living in Wyoming then, and simply seeing a bunch of matching red hats felt like getting a couple thousand miles closer to home.

In the same game as Utley’s home run, Jonathan Papelbon blew a save on a Cliff Lee masterpiece. Most of the time, I wish I could forget Papelbon was ever a Phillie, and more I wish I could forget the man sitting in front of us, the man taking clandestine photos of the woman another row down. What I don’t know is how long I failed to notice it. I only knew when I did: on his screen, her skin, the space between waistband and shirt-hem. I saw because he showed the man he sat with.

I did lean forward, tell him to stop. I think I called what he was doing disgusting. His phone went into his pocket. I don’t remember him responding — no denial, no argument. Within the inning, he and his friend left and did not come back.

I think about this event almost daily. I replay everything else I wish I’d done: gone to an usher, made a bigger deal of it. I wish I’d demanded he delete the photos, witnessed the pushing of one button and another until every image was gone. I wish I’d told the woman; I couldn’t think of how to form the words. I wish I’d found some other way to make the confines of the row feel less small; I wish I’d had some practice for even so small a confrontation as that. I wish I knew how to open the lid to this box and let that memory go, but that’s not how I’m wired. All I can think is this: even though I did something, I might have done better. I should have.

Now, it’s November, six years later, and it’s unlikely that I’m even going to clap eyes on Petco and its sandstone façade, let alone sink into the sun-warmed plastic of its seats. Though I want to. Though I feel like I should. Instead, I’m spending my time in the over-cooled ballrooms of the Wyndham on the northern end of the San Diego Bay, at an academic conference, where I’ll read a bit of my fiction with some other creative writers. For 90 minutes, we’ll talk and we’ll listen and we’ll hope for actual questions from whatever bits of audience chose us over a walk by the water, instead of “This is more of a comment…” I’ll hope I’ve done okay, that the memory I make won’t be another thing I play and replay on the long trip home.

One of the attractions of the offseason is the way it invites everyone to forget. Forget watched third strikes, forget double-clutching, forget bad reads and bad routes, forget passed balls, forget dropped handles and clumsy boots and basic stupid misses, forget walking that guy and walking that guy and one more 0-2 meatball sent flying. One kind of short memory is a key component to success, and I was better at remembering it when I was on a diamond than when I was anywhere else.

It doesn’t make sense to want to go look at Petco now. Night tucks low too early, claustrophobic as anywhere else, no matter how warm during the day, and the ballpark’s empty, anyway. Saturday morning, one of my students will present their work. Saturday afternoon, it’ll be my turn. I’m here for a different reason this time, I will say to one block of time and then another. I will look at my schedule and think, hard, forget it. 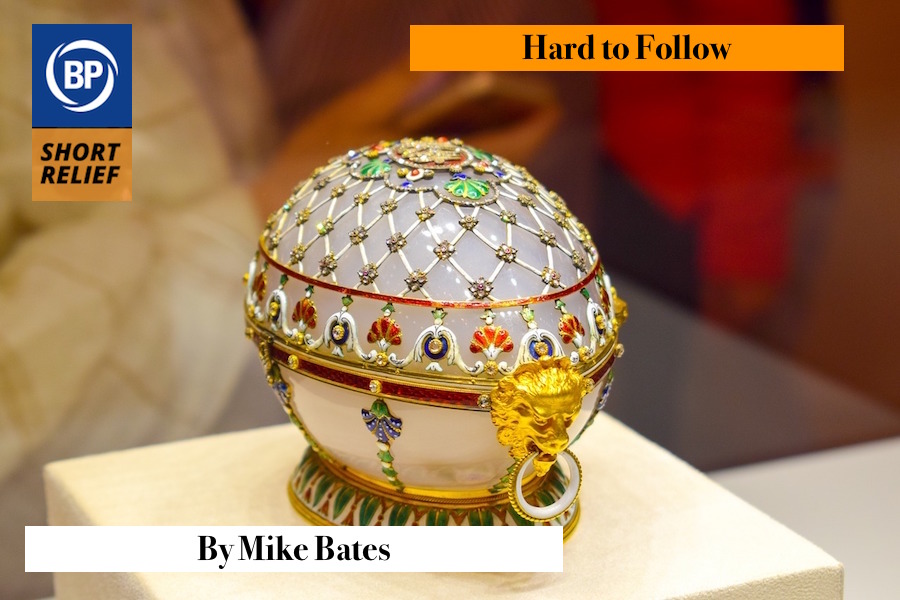 I can’t believe I have to say this, but less baseball is worse for Baseball than more baseball.

As a kid growing up in the Twin Cities, baseball was everywhere. The Twins were good, the stadium was 20 minutes from my house, and baseball cards were cheap and plentiful (and would become even cheaper, we’d come to learn). The key to its popularity, in addition to winning, was access. You could avoid it in the way that some people avoided being exposed to Star Wars somehow, but it felt like the people that did were mainly doing it so they could do a reverse brag about how they’d never been to a ball game or seen an Ewok.

But it’s not just easy to avoid baseball today; it’s possible just to never really encounter it. For one thing, you could live in Iowa like me, where the closest team is 250 miles away. I’d like to watch it on TV, but cable is ridiculously expensive, so I’ve cut back to streaming options only. I have MLB.TV, but my fellow statemates and me are blacked out from over a third of Major League Baseball games every year. Look, I manage to keep pace with the sport, but it takes a major league effort on my part. Thankfully, for me at least, minor league baseball is much easier to foll –

“My hope and prayer is that Major League Baseball will reconsider this.”

A proposal for MLB to sever parent-club ties with 42 teams in its minor league system has left many worried about survival. https://t.co/QJL3CHD3th

There are three Iowa teams on that list, the Burlington Bees, the Clinton Lumberkings, and the Quad City River Bandits. All three of those towns are more than two hours from Chicago. The only live professional baseball the kids in those towns see is likely at their minor league parks. The only chance they have to see a big leaguer is when he’s passing through on his way to a higher level. And that same opportunity would be ripped away from kids in the California League, the New York-Penn League, the Appalachian League, and others.

It’s not that these places are baseball hotbeds. And maybe all of baseball would benefit from shifting minor league franchises around to new population centers so that more people can get out to a game. But coupled with rising MLB ticket prices and franchises being unconcerned about attendance and more focused on “per-caps,” it’s clear that no one is particularly interested in making the game easier to love for young the next generation of fans. It’s all short term game at the expense of the league’s long-term health. Eventually, there won’t be enough of a fanbase left to support the apparatus that’s been built.

Baseball is not a Fabergé egg. It has not been great because it’s rare and expensive. It has been great because it’s accessible for all. And at the one time when the game should be throwing open its doors and taking all comers, the lords of baseball are raising the drawbridge, boiling the oil, and barring the gate. But, in doing so, they’ve doomed themselves to starve because I’ve never heard of anything becoming more popular by making it harder for people to see and experience it.

It won’t happen today and it won’t happen tomorrow, but the end of this particular path is rapidly approaching. Just not quite as quickly as it has for Clinton, Burlington, Quad Cities, and 39 other towns. 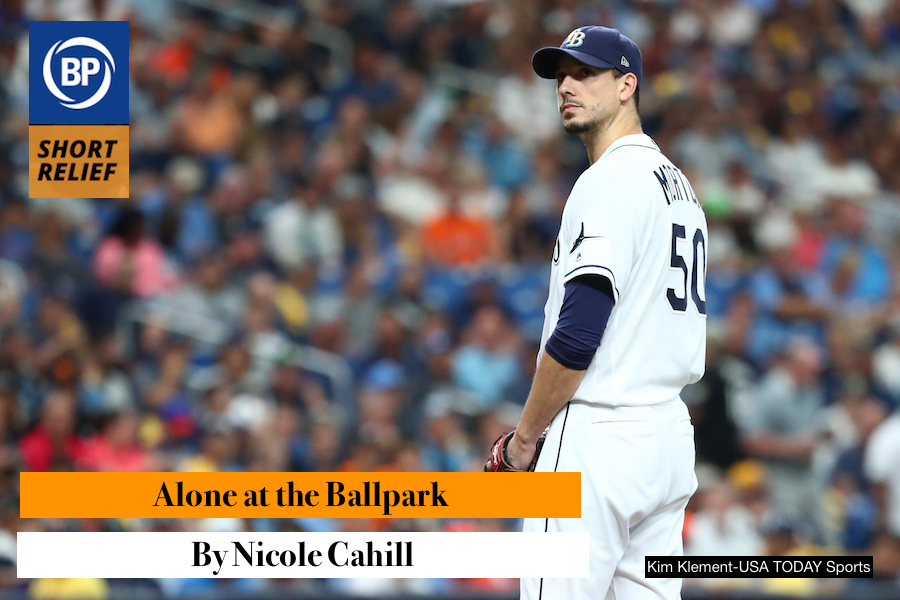 I had been to games by myself before, but this game was different. Previously, I felt lonely — Marlins Park is almost never more than a third full. I could buy a ticket an hour before game time and when I’d show up I could be the only person in my section. Of the fans that were in attendance, most were not very enthusiastic about the special game right in front of them. It wasn’t a terrible experience — I still enjoyed myself mightily. I would bring my scorebook and truly feel like a part of the game. I guess that’s a plus when you can hear the chirping on the field and the ball hitting the catcher’s mitt.

But a few weeks ago I wanted to take a little journey. I decided to attend Game 3 of the ALDS at The Trop. It was magical. It was my first playoff experience, and one I’ll never forget. I awoke early with excitement about the day’s travels ahead. The only thing standing in between me and the ALDS was a three-and-a-half-hour drive — alone.

As I got off Exit 22, something in me shifted. I started getting nervous, as if I was about to play in the game. These butterflies reminded me just how special the game is. I’ve been to hundreds of games over my lifetime, but Game 3 was different. It was the playoffs, my favorite player was pitching, and I was a long way from home. Just arriving to the stadium was different. People were everywhere. They were loud and into the game that was about to start. As I got inside and sat down, emotion completely came over me. I looked around the packed stadium and I started to cry. I had never experienced the game like this. It was beautiful and new. People often talk about how they wish they could be able to experience the thing they love for the first time again. I got to experience that at Game 3. It was dreamlike, and it felt even better because I was by myself. I cheered alone when my favorite player got out of the first inning quickly. I groaned when he gave up a few home runs. I cried when I realized how thankful I was to be alive to see this remarkable game in a new light. I wouldn’t have let myself feel the emotions like I did if I had someone by my side.

I drove in silence for a bit of the ride home. I needed to process what I had just experienced. It was magnificent and it deserved my full reflection. Looking back, some of the best moments I’ve had have come when I am alone. I enjoy my own company. Although the game is long gone now, I still cannot let go of the energy in the ballpark and the emotions within me. It was one that felt different than ever before. It’s one thing to be alone in a half empty ballpark. It’s another to be alone amidst 32,250 other fans.