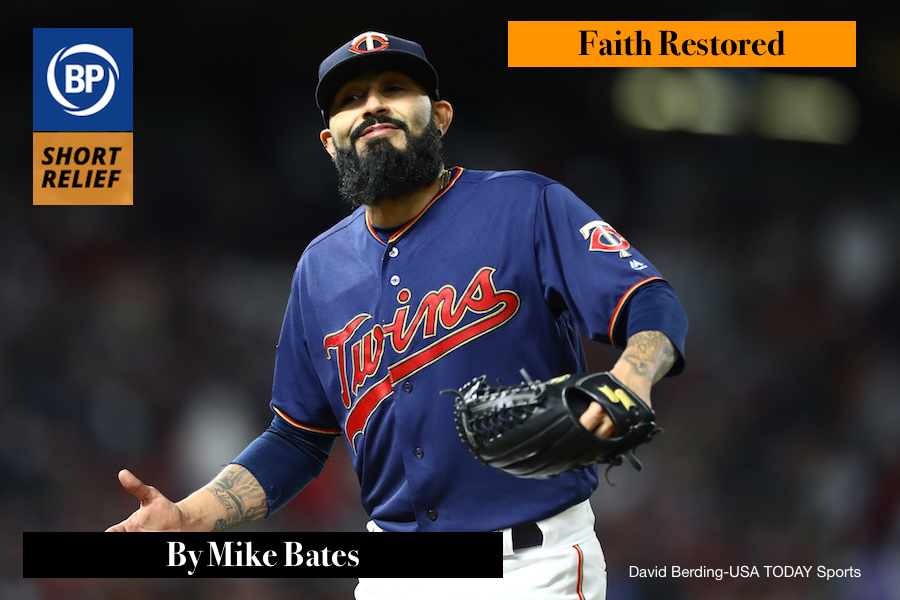 The Bible says “There was a man in the land of Uz, whose name was Job; and that man was blameless and upright, and one who feared God and shunned evil.” He was prosperous and fruitful. He had a wife and a bunch of kids he loved, and he was dutiful and thankful to the Lord.

One day Satan came across God and they got around to talking about this great guy. And Satan wanted to see if Job was only so good because God protected him. So God told Satan to go to town, so long as he didn’t kill Job himself. So instead Satan kills all the kids and all the servants, takes away all of Job’s wealth and riddles the old man with disease.

Job doesn’t give up his faith though, and remains steadfast. And eventually God restores him and gives him new, and probably better, kids.

When something goes horribly wrong, it’s often comforting for people to believe that everything happens for a reason. That God never gives us more than we can handle. That there is order in the chaos. That we are being tested.

While I understand why that would be reassuring, I didn’t subscribe to those theories. While I do believe in God, I also believed that we are free agents, ping-ponging around this planet ruining everything in defiance of whatever plan we were put here to execute. The things that happen to us may happen for reasons, but our fortunes are largely the result of foresight, execution, and circumstance, not the whims of omnipotent withholding dad-figure.

So when the Twins lost to the Yankees again and again in the Division Series, I didn’t believe it was because they were part of some cosmic plan. It wasn’t our faith as fans being tested. It was because of luck, yes, and financial advantage, but also because the Yankees have historically played in a harder division and had to have built a better team than the Twins have had to in order to reach the postseason.

But then I see videos taken by a friend of snow coming down sideways in Minneapolis last week and I see that there will be rain in the forecast, and highs in the mid-40s and I’m forced to rethink everything. Maybe God does play dice with the universe and someone is watching out for us after all. Even Job didn’t have to sit outside in October in Minnesota for four hours. 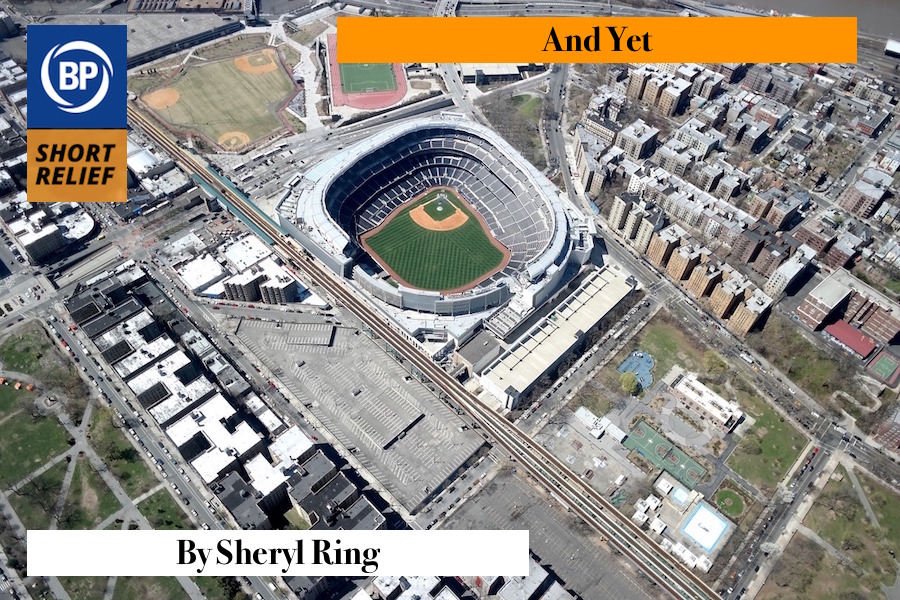 For a long time, the Yankees were a light in the darkness that was my childhood. I’ve written about that for Fangraphs and on Twitter, about how my father would come into my room late at night after my mother was sleeping and regale me with tales of the most recent Yankees game. When my mother forbade me from watching baseball, thinking it contributed to my transness, my father would invite me on car rides with him to work or the grocery store, leaning over and whispering the score of the latest Yankees game into my ear. The Yankees were, in a very real sense, my lifeline.

I graduated college in 2009 and started law school, and finally — finally — had enough money to leave home and get my own apartment. That year was the Yankees’ magical run to a championship, behind Mark Teixeira, A.J. Burnett, and an in-his-prime C.C. Sabathia. That was the year Alex Rodriguez actually came through in the postseason, Hideki Matsui hit like he hadn’t in years, and Robinson Canó became a truly elite player. The Yankees’ playoff journey, to my mind, was a reassurance I was going to be okay. The Yankees were there for me when I needed some degree of normality, some underlying force of my own courage. I could do this. Years before I socially transitioned, I watched the World Series as myself. The Yankees were the familiar, telling me everything was going to be okay.

Then Aroldis Chapman happened, not once, by twice. The Yankees traded for a man who had abused his partner, then traded him away and signed him again. They used his actions — the evil he had done — as leverage to bring his price down.

It was then I realized I couldn’t be a Yankees fan anymore. I couldn’t root for the team, because rooting for the team meant rooting for the man on the mound at the end of it: the tall left-hander with the blazing fastball and the belief problems in relationships should be solved with fists and guns. That was too close to my childhood. I might as well root for my mother. So I swore off the Yankees. I rooted for the Nationals for a while, and the Padres, and the Padres embraced Miss Molly as one of their own.

I wanted, desperately, to love the Nationals or Padres as I had the Yankees. But the new and unfamiliar isn’t comfortable. And when the Yankees let Domingo Germán pitch after learning he, too, had used physical force against his partner, I knew I had made the right decision.

There’s still the old familiarity, that unseen force that draws me, like a moth to a flame. I still smile, unbidden, at Gary Sánchez’s little swagger at the plate. I still seek out Didi Gregorius on Twitter. I still marvel at Brett Gardner reinventing himself for the umpteenth time in his career. I still, unconsciously, call out the umpire for a borderline call that doesn’t go the Yankees’ way.

I don’t want to do any of those things. I can’t help it.

I want the Yankees to lose. I want them to lose for hurting me. For validating pain and anger and fear over love and belonging.

I want the Yankees to win because, for so long, they were the only love I knew. 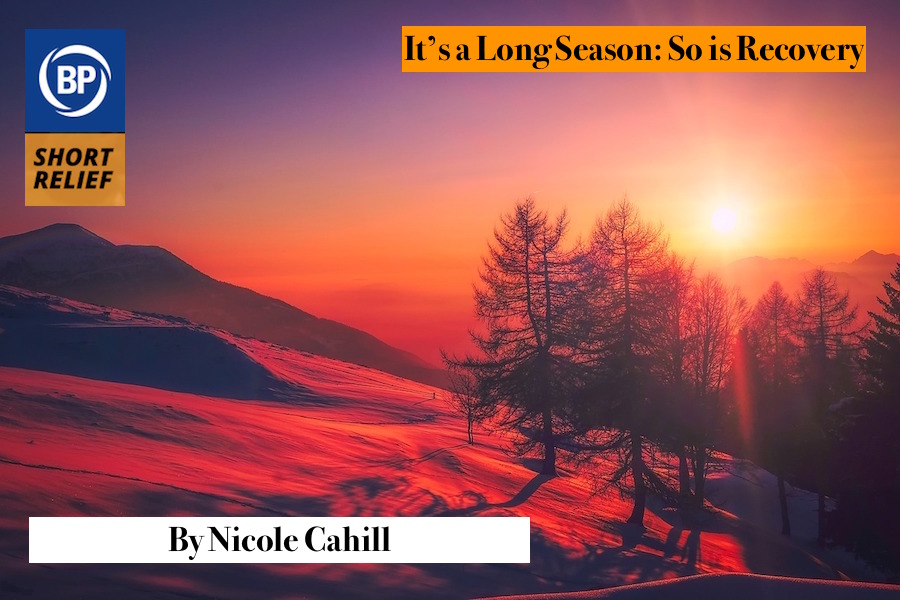 There are days I wake up and the only work I get done is basic self-care. It seems so far removed now, but a year and a half ago I was fighting to save my life. Depression and anxiety gripped me like Jonathan Papelbon gripped Bryce Harper’s neck in the Nationals dugout.

As Spring Training gets going, you could find me basking in the sunlight of the small, cozy Florida ballparks. During the Opening Series this season, I arose much too early to catch some of the A’s-Mariners series in Japan and one last glimpse of Ichiro. For the first time in a long time that morning, I felt like I truly belonged somewhere. I was watching the game with a trusted friend. As someone with social anxiety, this closeness and comfort is something I don’t often find in other people.

As the regular season rolls in, the sense of belonging intensifies. Every night my mood dips immensely and uncomfortable thoughts creep in. Baseball is my saving grace. Having something to turn on each night gives me a sense of peace. Every night for about six months, I feel safe.

When the playoffs come, a bittersweet feeling presents itself. I witness the best and most exciting baseball of the year, but know it will soon be over. I stay up all night until the final out of the last game of each October evening because of this. I act like a bear about to hibernate for the winter — I must consume as much baseball as possible to sustain me through the long and slow offseason. I am not a bear, sadly. Not even Pete Alonso. I cannot just choose to sleep through the most difficult season of my life. Recovery from a mental illness doesn’t give me that luxury. All I can do during these moments is whatever it takes to fight to keep going. I’ve learned to use that free time to practice the skills I’ve learned in therapy, as well as catch up on my reading, do some writing, and yes, play Strat-O-Matic. I even joined a slow-pitch softball league. Don’t get me wrong: Life is better with baseball. But now, I’m learning to find the little joys in life away from the game.

Still, the holiday season remains challenging for me, as it is for many. I’m supposed to be happy, so I feel guilty for not being happy. It’s an endless cycle that has taken years of therapy to attempt to stop. I suspect my mood dips during the winter because of the lack of baseball in my life. The games have ended, and not much is happening. My mood grows more upbeat, fittingly enough, around the middle of February, when I realize what I love is returning.