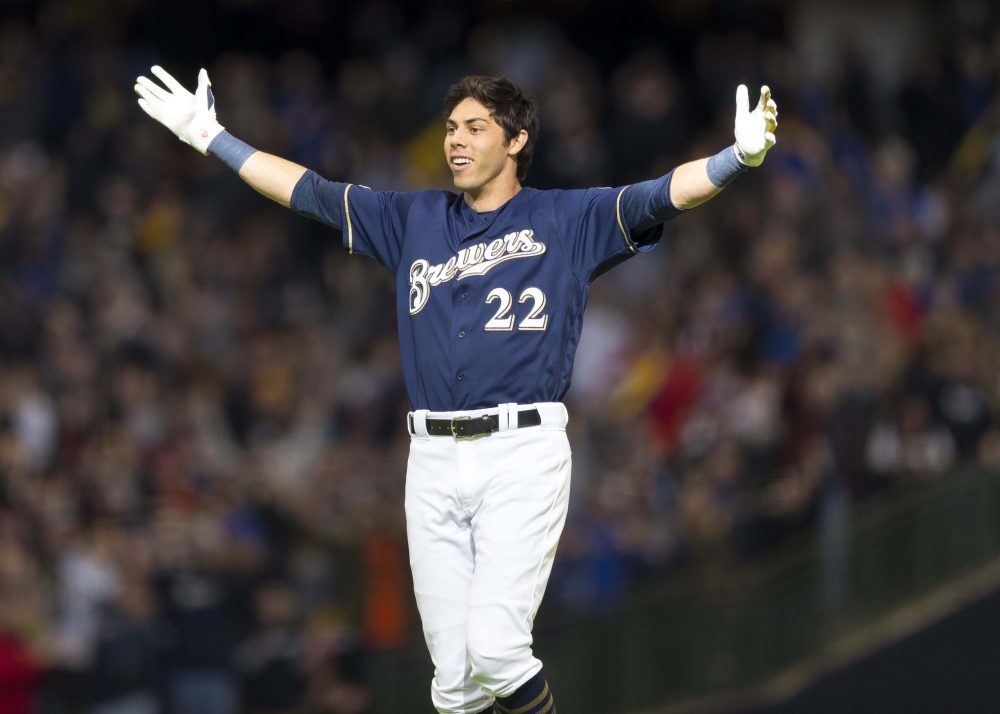 One of the things we like about DRC+, BP’s new flagship batting statistic, is that it reports not only the expected level of contribution for each player, but also how uncertain the DRC system is about that estimate.

Uncertainty quantification is particularly helpful early in the season. In simpler times, readers might choose to “ignore” April statistics, or at least not to take them too seriously. We disagree with the former and somewhat agree with the latter, but rather than sorting statistics into arbitrary calendar bins of “useful” and “not useful,” we prefer to use uncertainty quantification to document how useful they are at any given point in time. This also allows us to watch in real time as a statistic slowly becomes more precise over the course of a season.

Take, for example, Christian Yelich. As reflected in our Sortable Stats, Yelich’s final DRC+ for 2018 was 143, with a standard deviation (DRC_SD) of 10 points. As such, we would say his performance was essentially the same as Jose Ramirez (146 DRC+, DRC_SD of 9), because their respective ranges almost entirely overlap each other: 143 plus or minus 10 points versus 146 plus or minus 9 points.

On the other hand, Yelich almost certainly contributed less than Mike Trout (DRC+ of 183, DRC_SD of 7), whose estimated DRC+, even with a margin of error, is well beyond Yelich’s plus or minus range. For qualified batters, DRC_SD values in the high single digits or low double digits are typical by the end of a recent season.

Not surprisingly, uncertainly is much higher earlier in the season. For example, here are the DRC_SD values for Yelich for each day we have values for so far in 2019:

The early-season uncertainties for DRC+ are high. At first there aren’t enough events to be uncertain about, but once we get above 10 plate appearances or so the system starts to work as expected, shooting up to over 70 points of probable error. Within a week, though, the SD around the DRC+ estimate has worked its way down to the high 30s for a full-time player. That’s remarkably quick progress. This error range continues to decline over the course of the season to the final ranges we discussed above.

It is difficult to distinguish the contribution of two players when their estimates are plus or minus 38 points. Thus, you should indeed be careful about drawing conclusions about players this early in the season. On the other hand, over the coming weeks you can start to feel pretty good about the differences in DRC+ estimates as those SD values continue to decline. And either way, you can at least make your decisions based on actual numbers, rather than arbitrary declarations about “avoiding April statistics” or “waiting until Memorial Day.”

There is plenty more to be said about statistical uncertainty, but we hope this suffices for a primer as the 2019 season continues to unfold.

Thank you!
Reply to grasul
Cole Norum
It is showing for me, on default display between SLG and R-OPS. Perhaps you need to "Change Display Statistics"?
Reply to Cole
Shane Bates
It is a choice, but year to date does not populate when I run the report. Also there is no DRA for pitchers to choose.
Reply to Shane
Jonathan Judge
DRA needs another week or two before it is ready to go. I'll check on the Team Tracker question. Thanks for reading!
Reply to Jonathan
Leonard V.
Good article, thanks for the primer! The real question people want to answer, though, is whether player A's early season performance indicates they are likely to be better going forward than player B, right?

For example, Pete Alonso is at DRC+ of 186 with SD=40. Should we take that as meaning there's a 5/6 chance he ends up with over 145? And therefore that there's at least a 2/3 chance he's better than Votto (currently at 109/34) this season?
Reply to Leonard
William Morrow
Someone at BP should answer you, but I remember when they released DRC+, it was not only the best explanation of what happened in the past, but also the best predictor of the future. But I don't want to say what that means for Peter Alonso's future performance and I would also like to know what it means. I'm surprised how small the SD is already. The predictive value was based on year-to-year comparisons, maybe that portion of DRC+ falls apart is smaller samples?

Hi, also, can someone fix this comment entry section? It freaking sucks to have to scroll within the window and everything I press inside the window it jumps to the top of the comments section. It's been like this for at least 5 years and I don't think it's any better on a computer. Reviewing and editing a comment is awful.
Reply to William
William Morrow
Carriage returns too!
Reply to William
Jonathan Judge
William and Leonard, that's correct: DRC+ has more predictive value than other batting statistics, although I still wouldn't substitute it for a projection if that is all you truly care about. It has more predictive value because it is more accurate, but it wasn't designed with that in mind.

I think your question of when DRC+ becomes "useful" for end-of-season expectations is a good one and something I've been thinking about a lot. Pretty good chance you see a comparison among batting stats on that question later this season.
Reply to Jonathan
Leonard V.
Hmm, it's an interesting distinction. You say, "rather than sorting statistics into arbitrary calendar bins of “useful” and “not useful,” we prefer to use uncertainty quantification to document how useful they are at any given point in time."

What is "useful" about a stat if not its ability to tell us something about how the player will perform going forward? If all you want is to assess the outcomes, then surely WPA or the raw stats themselves are the appropriate mechanism - if you hit a lot of homers, or added lots of win probability, or held opponents scoreless, then you did well. So inherently, the point of more-complex stats is to look at a sort of projection / counter-factual. That is, to assess how skilled the player is or how well they would do under other potential circumstances.

a) what would Pete Alonso's stats have been if he had played the first couple weeks on a different team or in different parks (in this case, DRC+ is a stable projection of value - if you swapped Alonso and Votto you would almost certainly have gotten better results for the Reds and worse ones for the Mets; --

b) what will Pete Alonso's stats look like next week, given how he performed this week? There are two ways to look at this: one is "how stable is DRC+ and DRC+_SD on a weekly / bi-weekly / monthly basis?" and the other is "If DRC+ illuminates some innate skill level, how much does performance at the weekly / bi-weekly / monthly level regress to its prior-year or last-few-years average?"; --

c) how will Pete Alonso's skill evolve over time? This is where the projection system takes over - at some time horizon, there is a fundamental shift in the distribution the DRC is drawn from, and a projection can tell us the arc that shift is likely to take. Still, there's a question here of how helpful early stats are at helping us see which of the possible pre-seasons trajectories this player is taking. In other words, given DRC+ and DRC+_SD so far, how has the probability distribution of PECOTA's percentile outcomes changed?
Reply to Leonard
Jonathan Judge
Leonard, thank you for reading. I disagree with you, I think: I contend that the point of any measurement of past performance is to measure the expected past contribution of the player. The predictiveness of that assigned number is a reflection of the accuracy of the estimated contribution, not an end in and of itself. The reason an accurate assessment of past contribution is often somewhat predictive is because we expect the same player to make similar contributions going forward. I discussed this extensively in my August article "The Expected Contribution", my DRC+ intro articles, and also in my SABR Analytics presentation slides from this past March, available on their website. Doesn't mean others have to agree with me but if there is a better argument for how to evaluate and understand the value of past performance measurements, I haven't seen it yet.
Reply to Jonathan