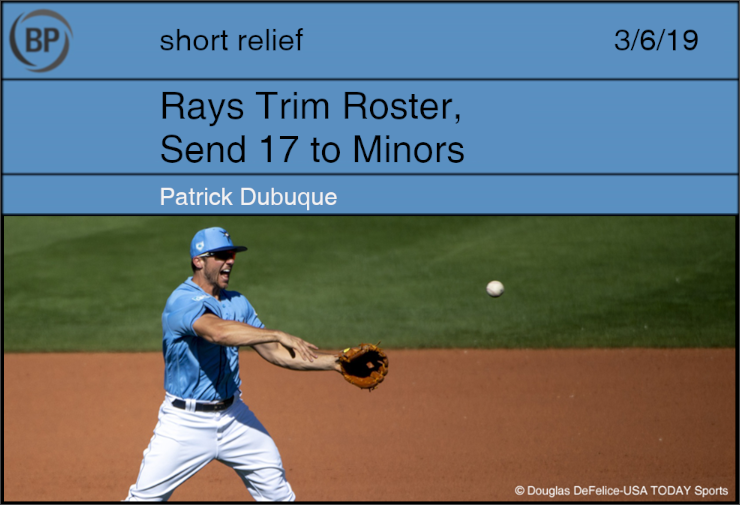 There was no press conference for the minor moves, but Rays GM Erik Neander did field some questions from the local beat writers. “We looked at our roster and decided that this would put us in the best position to win,” he was quoted as saying. “While we’re as focused on the World Series as any team in baseball, there are certain considerations that we have that other teams in our division do not. That’s why winning in 2022 is as important to us as winning in 2019. Our team has one of the strongest farm systems in baseball, and we believe that this move will only help to bolster that reputation and put us in a place where we can put together a strong nucleus of players for the next great Tampa dynasty.”

When asked what the logic could be for demoting a group of players that had already proven success at the major league level: “Given the wealth of data suddenly at our disposal, in a way, we’re all rookies,” he said, referring to the technological advances made possible by high-speed cameras and wearable technology. “Each player is learning so much about how to optimize their value to the team, and they’ll be spending some time in a low-stakes environment improving various aspects of their game.”

Neander was also forthcoming about the team’s plans to continue the Opener they had unleashed last year. “With Charlie [Morton] holding down our only spot in the rotation, I think it’s an exciting time for some guys to make a name for themselves. Except, of course, Oliver [Drake, who was put on waivers this morning].

“It’s always hard the day after cut day,” he concluded, referencing the atmosphere in the clubhouse after the news came down. “Hard to see friends go. But these guys are all big league- I mean, they’re professionals. They know it’s a business, and they can see it as a business opportunity.”

One player still on the roster, however, seemed less than thrilled by the news. “There’s only two outfielders left in camp, man,” said LCF Tommy Pham. “I don’t know if Avisail’s gonna make it through March.” 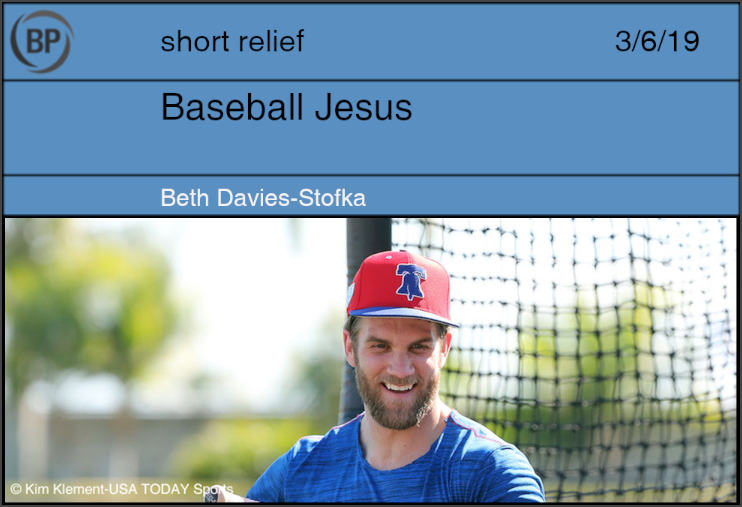 In the final 24 hours of Bryce Harper’s free agency, a network anchor called him “Baseball Jesus.” I wasn’t sure what that meant. There’s no denying that Harper possesses outsized personality, charisma, and talent. But isn’t a comparison to Jesus just a bit much to lay on any 26-year-old, even one as self-confident as Harper? According to Luke’s Gospel, even Jesus wasn’t Jesus at 26. Jesus didn’t begin his ministry until he was 30.

I tried to imagine the implications. I don’t know if Jesus was poor or not, but in the written accounts of his years of ministry he didn’t seem to have a job. In fact, he didn’t seem to have a home. He was constantly on the move, teaching, preaching, and healing. He performed miracles, which could possibly invoke comparisons to Harper, except that Jesus’s miracles were more of the curative variety, or raising the dead, not posting a career WAR of 27.4 or an average DRC+ of 135 in the last three years. It just wasn’t easy, on the surface of it, to conceptually link Jesus of Nazareth, peripatetic rabbi, and Bryce Harper, modern baseball superstar.

Dig a little deeper, though, and you can see it. Bryce Harper is already a storied legend. Although this could just as easily make him “Baseball Hercules” or “Baseball Loki,” the comparison to Jesus works. The two also share the experience of Kingship. Jesus was called “King” both sarcastically and reverently, something to which Harper can relate. The parallels grew after Harper signed with Philadelphia. Jesus fed thousands of people with only two fish and five loaves of bread; the bountiful leftovers had to be collected in baskets. Harper similarly generated staggering quantities of stuff, setting record jersey and ticket sales in the first 24 hours of signing with the Phillies.

But parallels and resemblances aside, this is fundamentally about salvation. Bryce Harper is Baseball Jesus because he is a baseball savior. Millions of fans believe that he can take them to heaven. For a baseball town known for its outsized passions, Harper’s outsized presence slots perfectly into the most outsized of dreams: the dream of dynasty. We don’t just get to go to heaven. We get to stay there, take the place over, get loud, and drink lots of beer.

“Baseball Jesus.” Perhaps it’s not too much to place this on the shoulders of a 26-year-old when that 26-year-old is Bryce Harper. He is a dazzlement who will feed on the Philadelphia experience. Let’s just remember that when people follow a savior, they expect results. We’ll keep an eye on his age-33 season. 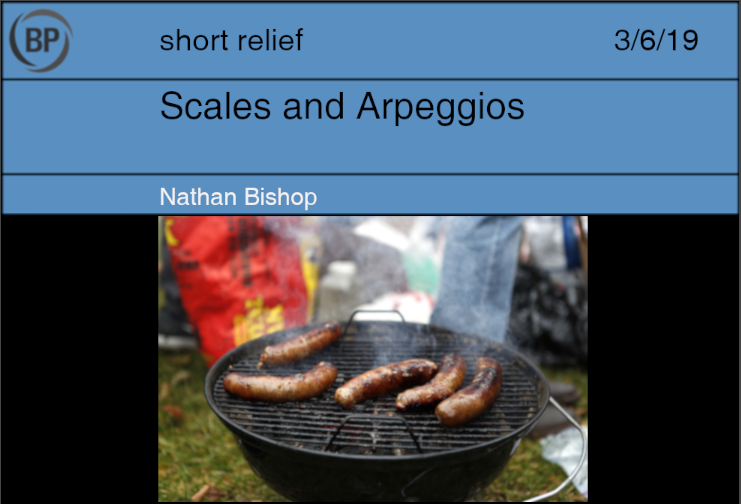 My junior year of college, there was a concert on campus, with our music department’s artist-in-residence. He was a pianist, and his name was Manahem Pressler. The first time I saw him in person I had to stifle a laugh. He was over eighty years old, less than five feet tall, and delightfully round. Think of a cross between Santa Claus and Danny Devito’s Penguin in the old Tim Burton Batman, and you won’t be far off.

He didn’t sit at the piano bench, as much as he leaned on it for support. He hovered there, silently with head bowed, for some time. Next to the gleaming concert grand piano, and framed at the center of the concert hall, he appeared impossible old, small, and tired.

Then the orchestra struck the first noted of Beethoven’s 5th Piano Concerto (Op. 73 I: Allegro) – a sforzando E-flat major chord – the old man’s head snapped up and, without so much as a lean of the torso or apparent bodily exertion of any kind, his fingers spent the next 20 minutes cascading, soaring, dancing effortlessly over the entire range of the keyboard. The auditory and visual experience was overwhelming. I shook Pressler’s hand after the performance and my very average sized hand engulfed his. I looked down and gawked. How did these two small, fragile, wrinkled things do that? The answer is, of course, the wedding of prodigious talent and seventy-plus years of intense focus and practice. At the moment though, clasped hand-in-hand with those tiny fingers, I was sold it was magic.

If we accept that magic is nothing but extremely well rehearsed performance, baseball has never felt less magical. The game’s desperate, headlong rush towards data and analytics is not new, but the use of that rush as a tentpole of marketing is, and it represents a shift in how the game sees itself and its fans. Every team not only employs an increasingly robust set of outsiders, cameras, and data-tracking devices, they proudly advertise that fact. Baseball as a sport has decided that not only do we want a glimpse into the sausage factory, but that we want an itemized list of ingredients, and the precise methodology through which they are combined into the thing we enjoy.

That this open door policy to clubs’ systemology seems uniquely suited for coding fans with an understanding of how baseball teams can develop young (AKA cheap!) talent that never questions whether we should want that in the first place is a topic for smarter, better people. These are pages soaked in blood spilled in the search of knowledge and understanding of the game we love, and I do not want to come across as sounding anti-intellectual. However, scales and arpeggios are not music, and launch angle is not baseball. Sometimes it can serve us best to obscure the work behind the scenes, so we can let ourselves believe what we see is magic.