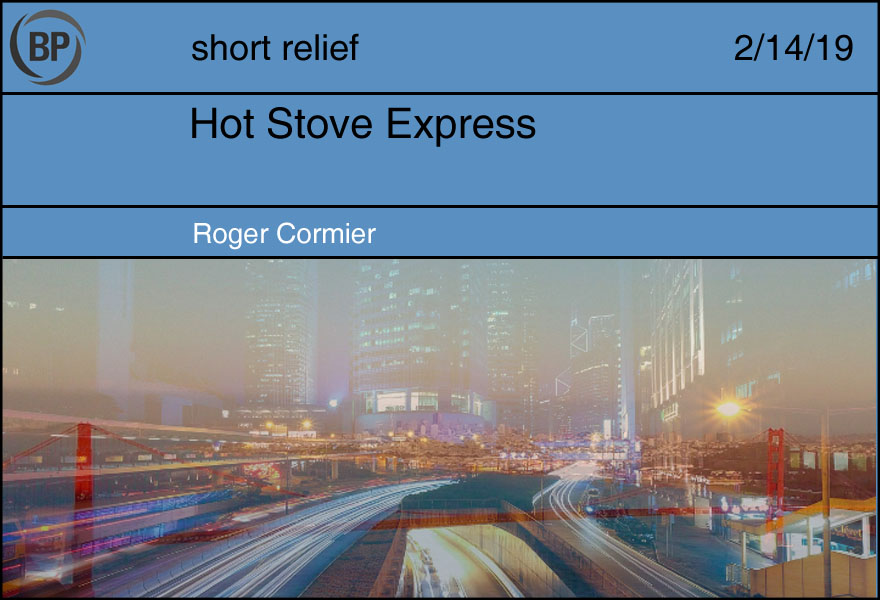 Same phone call for months now, different locale. Arizona in the spring used to be about promise.

Girsch found a possibly friendly ear attached to a man in sunglasses and a blonde wig at the local watering hole.

The disguised man’s silence made the television audio all the louder.

The Diamondbacks FanFest this afternoon turned into a Fan*Feast*… and the main course was GM Mike Hazen’s flesh. Hazen’s explanations for losing A.J. Pollock and Patrick Corbin and trading Paul Goldschmidt were apparently unsatisfactory to the team’s biggest fans who ambushed Hazen and sent him running–

“It’s not like he gave up the projected 22nd best hitter in the game.”

Girsch quickly wished his new buddy remained quiet. “Right. Not that John Mozeliak ever gets crap for the mistakes. Wikipedia knows his birthday.”

The disguised man had no response. That was fine. Girsch had more to say.

“Have you been crying? I usually go jogging to get sweaty so that I have no more water for tears. Wanna go jogging?”

“I’ve been running all day.”

After a dreamless sleep, Girsch was on mile ten of his jog when the text message came:

They say nothing Goldy can stay. Prove them wrong.

“You like noisy music?” Bryce Harper managed to yell over The Mamas & the Papas.

“The louder the better,” Farhan Zaidi insisted. “Stops me from thinking.”

“I like to think dammit!” Andrew Friedman barked, lowering the volume. It was Zaidi’s cue to get lost for a minute, always dangerous in Las Vegas.

Kris Bryant met with Zaidi sometime later with an envelope.

“Can you give this to Bryce the next time you see him?”

Zaidi nodded. As soon as Bryant left Zaidi steamed the envelope open. Bryant wrote him goodbye on behalf of the Cubs. Left a key to Bryce’s private training facility.

Zaidi handed Harper the envelope the next day. “Your buddy left this.”

As the days and weeks continued, Harper spent more and more time living in his Vegas home away from his Vegas home, talking to his possessions.

“Look at you, baseball #83. You really let yourself go. Take a shower once in awhile.”

“I can barely see myself, mirror. It still looks like I could be a Dodger.” Harper wiped off the smudges. “Ah, no no. A.J. Pollock isn’t staring back at me.”

Zaidi snuck in with Bryant’s key and cleaned up the place sometimes. Upgraded the bats. Fixed the most stubborn pitching machine. When Harper caught him, he appreciated the company.

“I think you’ll like this song,” Harper said as he played the CD Zaidi left behind weeks before.

All the leaves are brown
And the sky is gray

They made plans for coffee. Zaidi was going to tell him of his dream of a California of his own. One with a little more weather in it. He got his dream before he could say the words. An envelope was waiting in Zaidi’s place when Harper got there.

Returning one February evening, Zaidi heard the music from down the street.

“I never returned your key.”

“It was okay. Nothing special.” Zaidi put the key in Harper’s palm. “I have to fly back out early tomorrow.”

Harper dug into his front right pocket. He gently put the contents inside Zaidi’s envelope in the author’s hands.

“Would MLB allow this contract? It wasn’t notarized.” 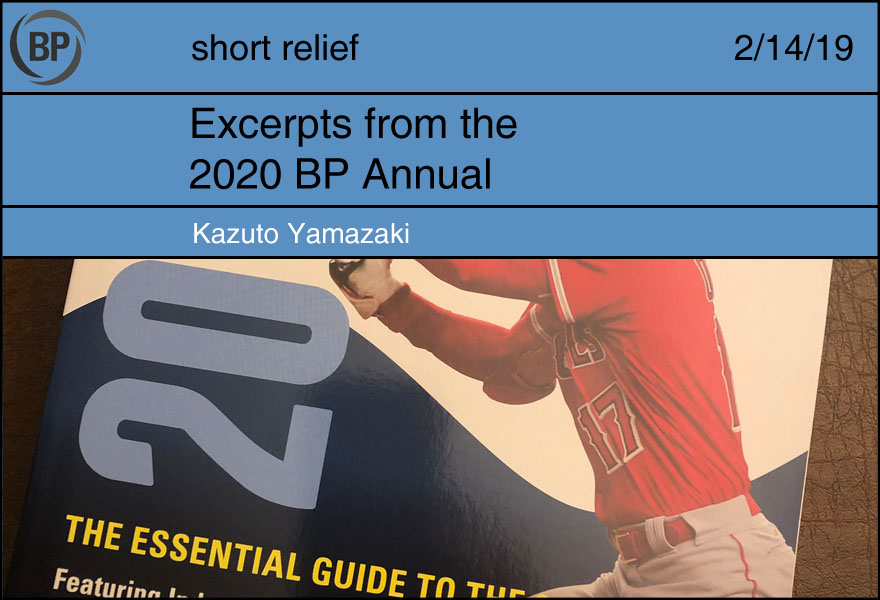 The 2019 Baseball Prospectus Annual is being shipped. It’s also on the shelves at your local bookstores. Either way, people are getting copies.

Well, I am ahead of time.

Recently, I traveled to one year into the future using Jose Canseco’s time travel method and picked up a copy of the 2020 Annual. Baseball went wild in 2019, folks. It will go down in history as the year the NL adopted the DH, even after Rob Manfred said he wouldn’t. That surprised some people. And some other crazy stuff happened. Below are some player comments that stood out to me. Enjoy, and gasp away.

Who could envision that Drake’s journey around the league would get only more frenzied in 2019. Last season, the perpetually-on-the-move righty pitched for a whopping 10 teams, doubling his record-setting total the previous year. He seems to be unable to stop being designated for assignment despite his superb peripheral numbers (1.83 DRA, 45 strikeouts, and three walks in 33 innings) espite an ugly 10.87 ERA. On a brighter note, he got a World Series ring for appearing in three games for Cincinnati in June. The more team you plays for, the better the chance you’ll earn a ring. Perhaps that’s the new market efficiency for players.

In a season full of lowlight reels in Birdland, the number-one overall pick’s big-league debut was the lone silver lining. Drafted a day after the Beavers’ heartbreaking regionals elimination against Yale, Rutschman became the first backstop since Brian Milner in 1978 to make it to The Show without a single game in the minors. On June 14 he donned the orange and went yard twice against Chris Sale. Although his overall numbers, a .243/.312/.370 slash line and a 1.2 FRAA aren’t eye-popping per se, the fact that he spent more than half of the season at the big-league level straight out of college and wasn’t overmatched was remarkable. Mike Elias and company seem to have found out that it’s better to develop your catching prospect at the highest level than try to manipulate service time. This promising, switch-hitting catcher for the O’s seems to be poised to meet the lofty expectation, which their last promising, switch-hitting catcher failed to do.

Just like everyone envisioned, James Loney became a vital part of a LCS-bound Dodgers team. But it was 10 years later than expected. The former first-round pick was slashing a mere .265/.338/.422 for the Sugar Land Skeeters in the Atlantic League when the Dodgers plucked him away to a minor-league deal in late June after a rash of injuries. After a brief stint with Tulsa, Loney was called up to be the primary DH at Chavez Ravine in the wake of the organization-shaking trade deadline that shipped three of their regulars out of town. From that point on, Loney led the NL in home runs (20) and SLG (.864), to go with the third-best OBP (.426), igniting the team’s legendary 43-10 run to finish the season. DRC+ thinks it wasn’t all fluky, giving him a hefty 189 mark. PECOTA projects him to be the fourth-best hitter in the majors in 2020. Loney’s re-emergence is the second-most mind-blowing story in sports over the last year, trailing only Tom Brady retiring abruptly during the 2019-2020 season and becoming GOP’s primary presidential candidate. Sure enough, the Dodgers have turned the careers of Justin Turner, Chris Taylor, and Max Muncy in the recent years. But resurrecting a 35-year old who had been out of the big leagues for more than two years is nothing short of sorcery. Baseball remains to be weird and incomprehensive.

You need to be logged in to comment. Login or Subscribe
Ross Fortner
I don't think I'd even be surprised at this point if the Tom Brady thing wound up happening...crazy times we live in.
Reply to Ross