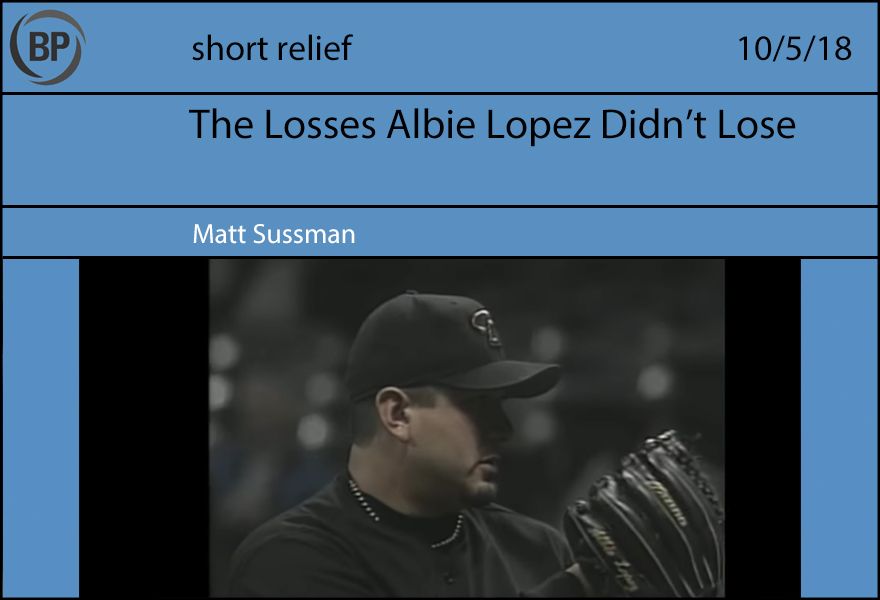 The closest I ever got to possessing a baseball used in a major league setting was PNC Park in 2001. Some Arizona Diamondbacks player drilled a batting practice ball almost to the seats. I was in the outfield first row and reached to grab it. Some player instead caught it right under me, then turned and flipped it to someone a couple of bodies away from me.

The player who caught it was Albie Lopez, my mortal enemy from that point forward. He is not aware of this, and please don’t tell him because I am not ready to forgive him.

This was during my Actually I Am A Diamondbacks Fan phase (Randy Smith running the Tigers certainly helped this, as did having several relatives in Phoenix), and of all people on that 2001 team, it had to be Lopez who possibly interfered with the moment of my lifetime, though probably didn’t, but let’s pretend he did. Arizona acquired Lopez from the Devil Rays because scientists discovered Randy Johnson and Curt Schilling would not be available to throw every freaking inning until the World Series. At the time he had a bad record (5-12) and a bad ERA+ (84). He was there to devour innings. He did okay.

A day after intercepting the ball I was divinely ordained, Lopez threw one of his two complete-game shutouts. His other one was on this day 17 years ago, which not only clinched the NL West for the D-Backs in the antepenultimate game of the season, but more importantly, guaranteed he would not lose his 20th game of the season. He was very nearly the first man to be inducted into a sad, archaic clubhouse shared by countless forgotten men with different polyester pullovers, all honoring Vern Kennedy in 1939, who started with the Tigers, lost three games, then was traded to the St. Louis Browns and dropped 17 more.

Pitching wins no longer mean anything — Jacob deGrom and Lucas Giolito having the same amount while being first and last in ERA, respectively, has killed that ghost dead. This will be a fight I shall fight another day, but pitching losses still matter, because Lopez losing 20 games while still winning a championship ring would have been a perfect conclusion. And technically he did have 21 losses if you count his two in the postseason, including Game 5 of the World Series, but postseason stats don’t roll into your season totals either, which is yet another fight I will wage another day. According to the scrolls he finished with 19 losses and gave his 20th to me, who still doesn’t have a baseball. 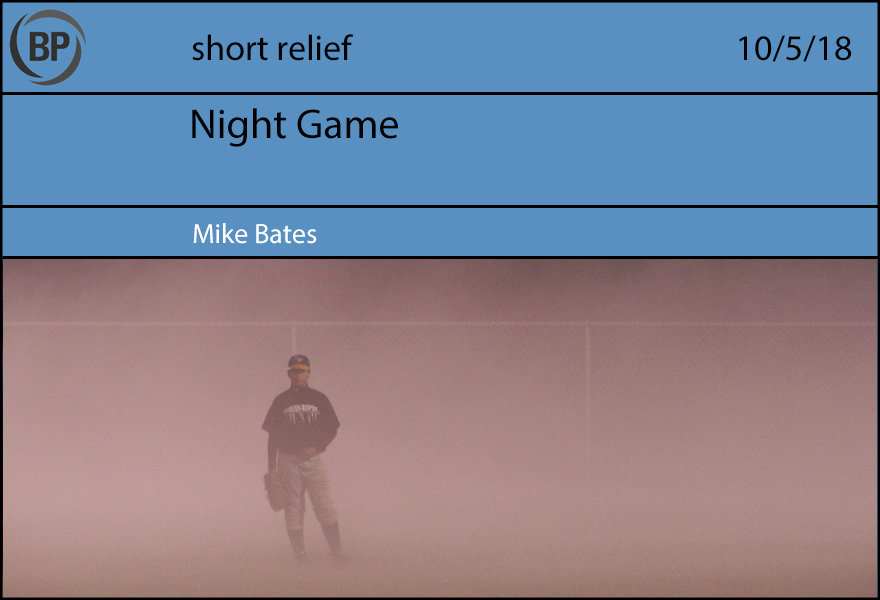 I have this movie on VHS that I’ve watched a couple times. It’s called Night Game. It stars a post-Jaws Rod Scheider as a Houston detective trying to solve a series of murders. I’m going to go ahead and spoil it right here that the murderer is a former Astros prospect who lost a hand (presumably his pitching hand, but this movie was likely filmed prior to Jim Abbott’s debut) in a bus accident. He blames one of the Astros’ starters for this and, every night that starter wins at the Astrodome, the former prospect turned vicious killer, murders someone with the hook he wears in place of his hand. At the very least, it’s a hell of a reminder that TINSTAAPP.

I am not sure why this guy decides that the best revenge for his accident is to kill random women in the Houston/Galveston area who have nothing to do with baseball. That rage seems misplaced and misogynist. Why isn’t he killing pitching prospects, for instance? I suppose their attrition rates are already pretty high already. Or what about bus drivers? It’s a mystery to me. But, then, movie serial killers are complicated beasts.

It’s an awful…well, I hesitate to call it a film. I mean, it’s really bad. The box art can give you a good idea: 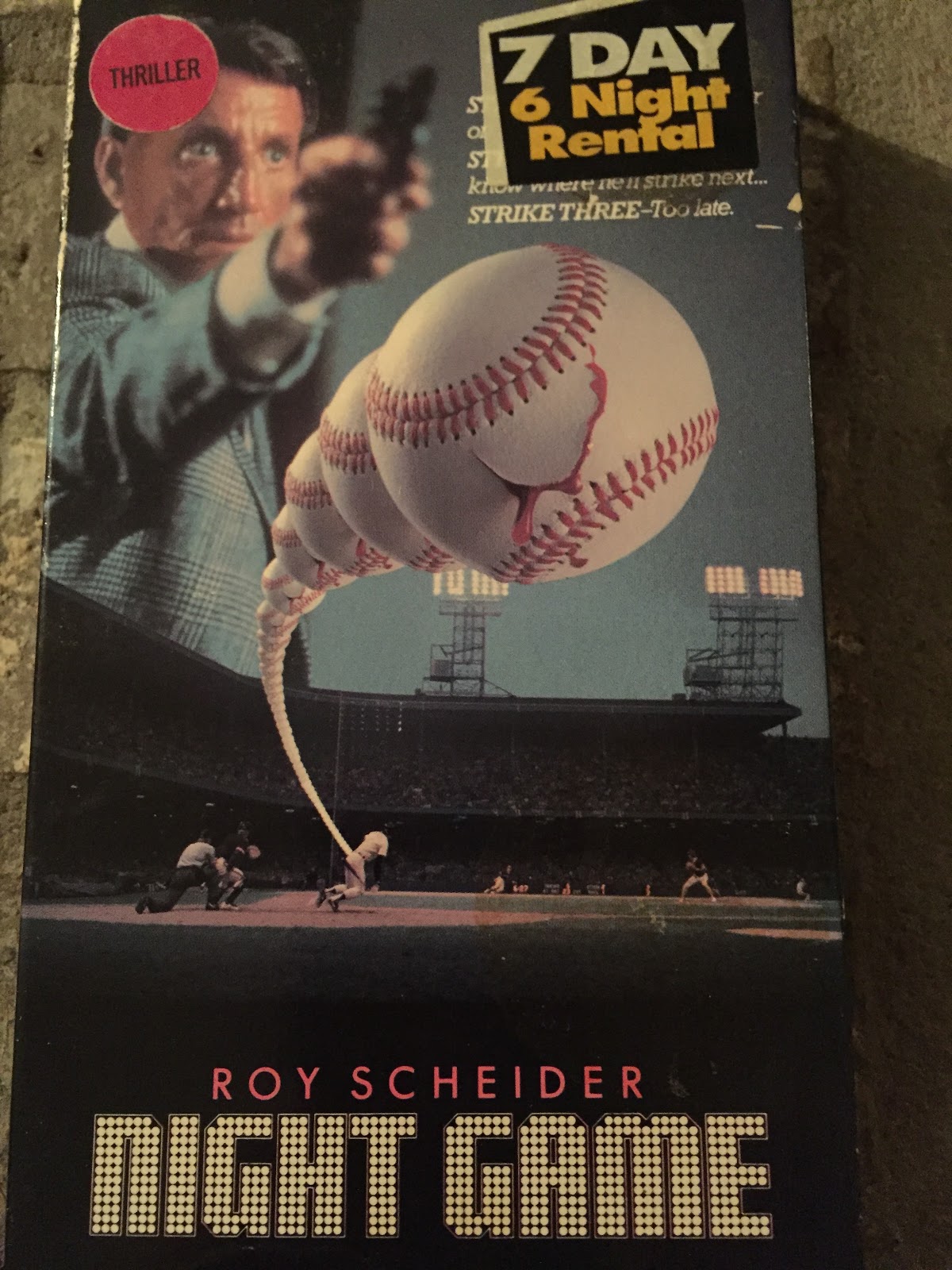 If you think that tightening the laces of the baseball caused problems, just imagine what filling it with blood would do. Also, that’s clearly an outdoor stadium in the background (I think it’s Tiger Stadium), while the Astrodome gets a starring role in this movie. So too do Astros legend Glenn Davis and Dodgers slugger Mike Marshall, footage of whom hitting is used. Scheider is basically sleep walking through the thing and is the only big name actor to appear. And the premise is ludicrous.

Obviously, I recommend it highly, especially if, like me, you can convince your significant other to give up 90 minutes of their life to laugh at someone else’s failure.

My reasons for wanting them to lose are much clearer: they won last year. We haven’t had a repeat champion since 2000, and baseball is better for it. I remember how my fandom was solidified in 1987 and 1991 when the Twins won the World Series. I got hooked on the game and look at me now, sitting here writing about it 31 years later in between innings of the Dodgers/Braves tilt. Ok, maybe that’s not the best example. I’m an awful role model. But watching your team win it all is a powerful binding force that keeps fans coming back to baseball, even through lean years.

The Rockies and Brewers haven’t won a World Series yet in their respective 25 and 49 year histories. The Dodgers haven’t won in 30 years, and Cleveland hasn’t won for 70. God knows, waiting that long is a horror movie unto itself. Let someone else have a turn.

You need to be logged in to comment. Login or Subscribe
Randall Wong
That other team on the Night Game video box seems to have Padres colors? That would make it the 1984 World Series.
Reply to Randall