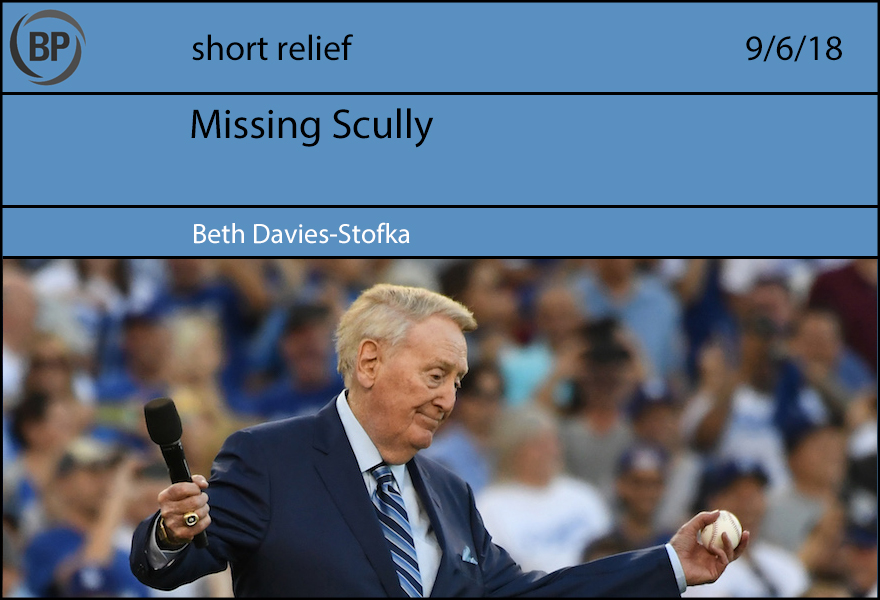 He spoke directly, individually, and personally to them. Not to a mass audience, but to them, right there in their home… [Godfrey] launched his revolutionary notion by saying into the microphone the simple phrase, “How are you?” (Dick Cavett, Brief Encounters, 2015)

This simple phrase helped Arthur Godfrey become one of the most influential legends in broadcast history. Vin Scully was a toddler at the time, and thus entered a broadcast industry revolutionized by the discovery that audiences wanted you to talk directly to them. Scully was a genius at connecting to us, right here in our homes. Scully was reliably good company on good days and bad. He always said, “Hi,” and he always wished us a very pleasant good evening (or day as the case may be). Personable and engaging, Scully was a great play-by-play man who never forgot that people were at the receiving end of his broadcast. Listeners. Vin Scully talked to you and me.

How is television baseball broadcasting doing in the post-Scully era? Monday, I decided to lounge around and find out. I began loading games and checking out the first frame of each, not even paying attention to which team was on the call, resolved to keep going until I found a broadcast that felt personal. It didn’t take as long as I’d feared it would.

Phillies at Marlins: The Marlins play good defense, but the Phillies don’t.

Twins at Astros: There were some very long silences in the booth during the first frame.

Yankees at A’s: Dallas Braden dissected pitches and swings, e.g. “a pitch that was on the right side of the batter’s box,” and “that was a change-up, up, ballooning slightly up the third base side.” This would be great for viewers with an interest in rich technical detail, but that’s not me.

Giants at Rockies: You really have to pitch well if you want to succeed in this game.

Reds at Pirates: It’s a hot and gorgeous summer day. A scorcher. Joey Votto accidentally bunts, a classic “excuse me” swing, an “old timey base hit.” My ears perked up. There was lots of detailed discussion here, ranging from league-wide competition, to the impact of PNC Park on hitting strategy, to how a good bunt from Scooter Gennett could have forced a change in the Pirates’ defense.

This was it. These guys were comfortably absorbed in an easygoing conversation. Maybe they weren’t as conscious of me as Scully’s broadcasts were, but it felt effortless, as if I would be free to pull up a chair. And so I did. 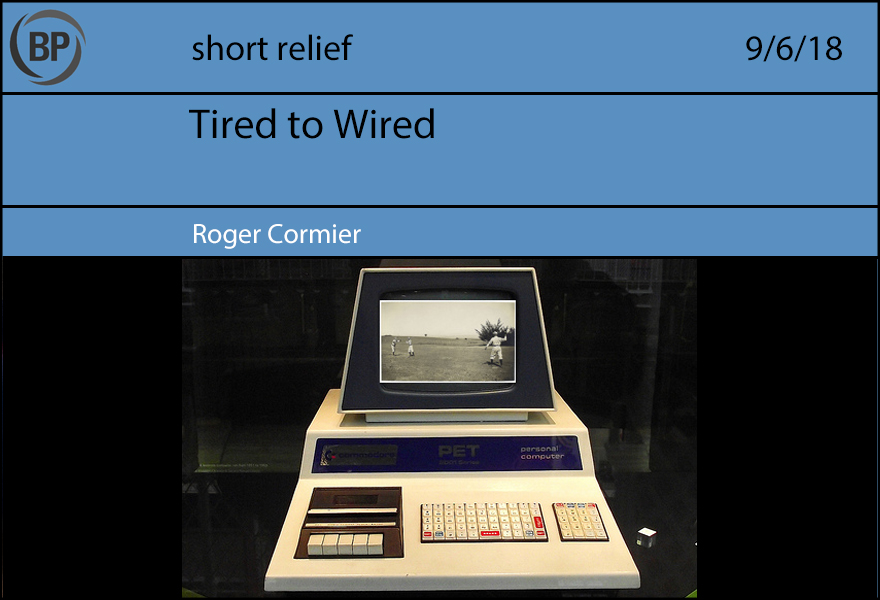 Wil Myers moaned about his manager to a fellow baseball player last week. Andy Green wanted to practice fundamentals on a September afternoon during a losing season, and Myers questioned the point of doing such a thing. His grumbles are nothing new. What was new is how Wil got caught. He said it during a Fortnite livestream.

“Dude, I’m streaming this,” Carlos Asuaje allegedly said in the since deleted stream. How many people have had their blood stop hearing those four words over the years? I’m guessing almost as much as I, not a youth but not quite an old, have laughed about the incident.

Major League Baseball announced that they finally controlled the rights to the URL “MLB.com” 18 years ago today. Morgan, Lewis & Bockius LLP registered the domain in 1994, then got around to putting content on it two years later. Nowhere in the reports on the deal for the URL did it say if money was definitely exchanged over the valuable web address. You would think there would be, if you didn’t know that MLB LLC and Major League Baseball had a working relationship in the years prior to the deal. Bud Selig hired two MLB LLC partners as in-house labor relations counsel at MLB (Major League Baseball) in 1998. One of them was Rob Manfred.

This raises more questions, of course, as most stories involving Rob Manfred do. One is why it took them so long. Why did baseball want to punish fans by making them type out “http://majorleaguebaseball.com” for six damn years? Another is simply: Wither Bockius? MLB LLC ventured over to “MorganLewis.com”, ignoring Morris Rex Bockius’ momentous 1883 hiring by Morgan Lewis, which led to the brilliant and incredibly prescient cybersquat in the first place.

The press release explained that for the first 10 days, mlb.com would give web surfers the option of going to the law firm or the baseball website. The transition seemingly ran smoothly enough afterward for the 2000 postseason. Baseball advertised “majorleaguebaseball.com” during the NLCS and “MLB.com” during the World Series, seemingly flaunting their ownership of not one but *two* proper URLs. 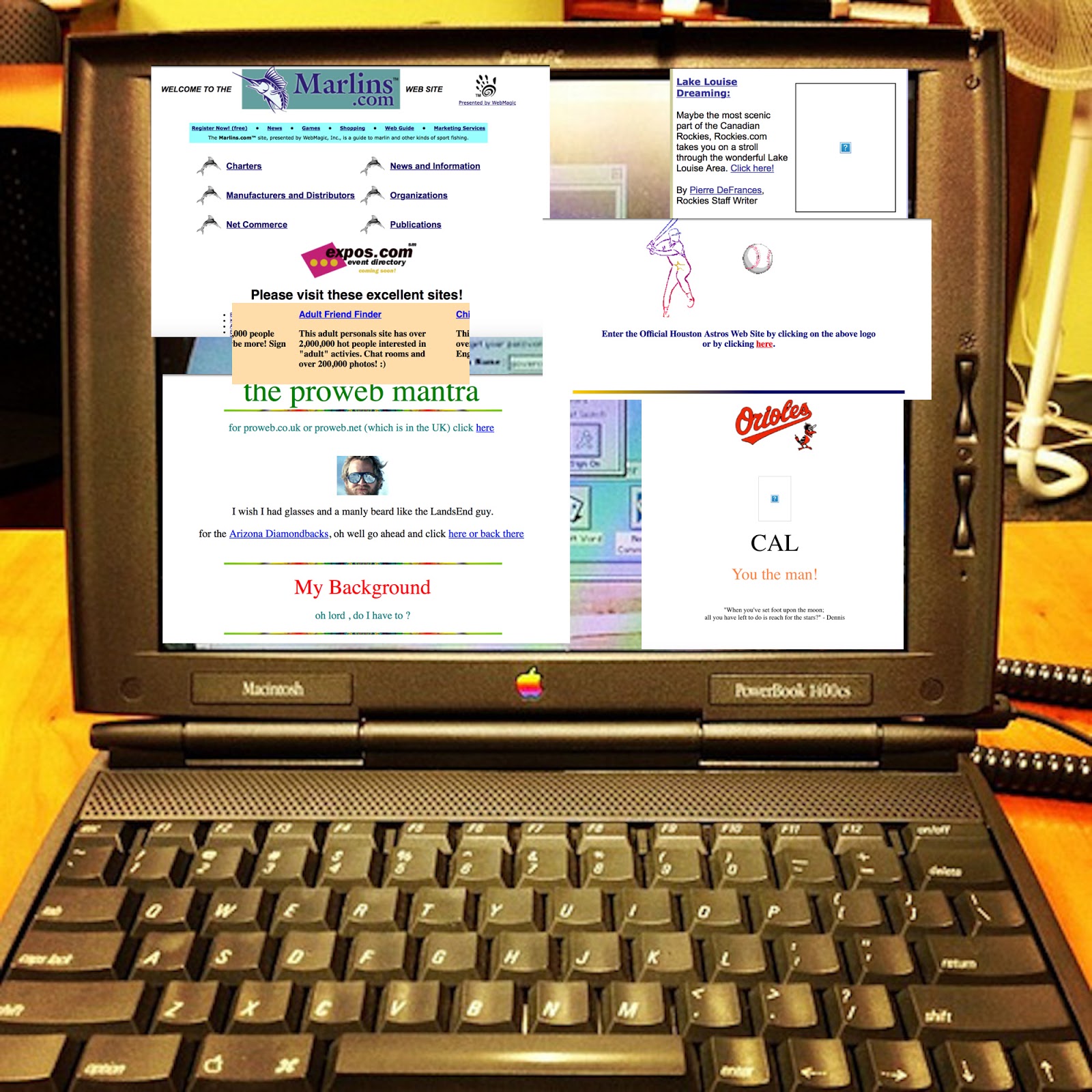 Some MLB (Major League Baseball) teams had snatched up their natural URLs by September 2000. Some had not. “Braves.com” appeared to be a consulting firm. “Marlins.com” hooked you up with fishing charters. “Expos.com” seemed interested in linking you to other websites, websites with the sole mission to make you feel less lonely. “Giants.com” was and remains a football concern. “Twins.com” was “under construction.” Nowadays, the website has been upgraded to the promise of “changes coming soon.”

We are all Twins.com, despite, or because of, the advances in technology. It’s probably best URLs are on the way out.