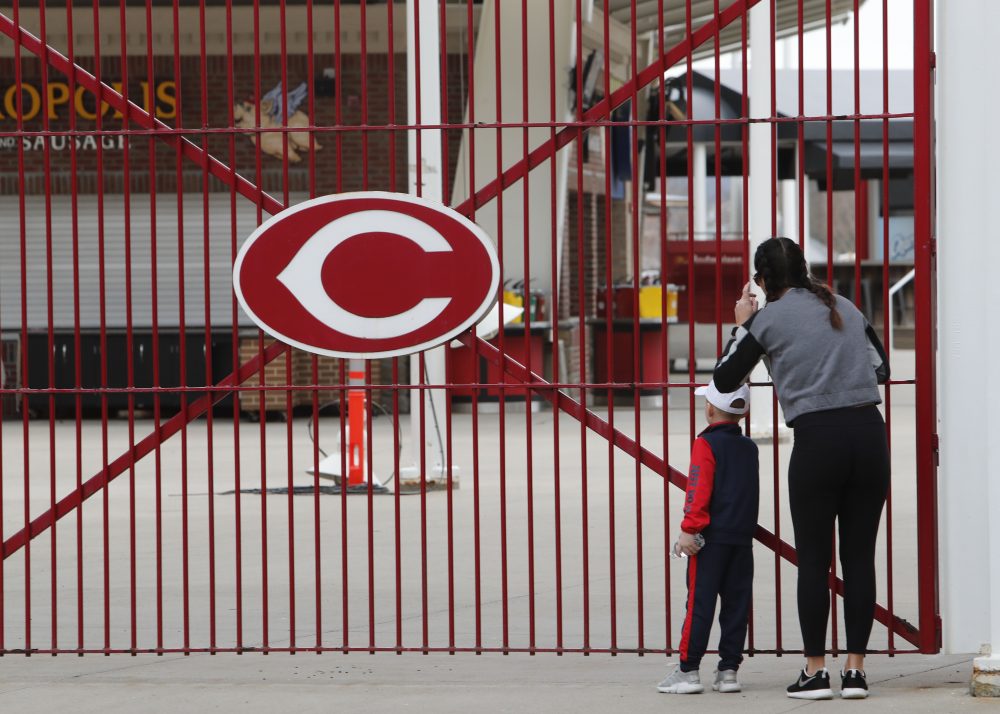 We all miss baseball right now. We miss other stuff, too, things that matter more—like family and friends and peace of mind. But there’s a seasonal quality to baseball that has made me feel its absence more deeply as the weather warms. There are no box scores to check in the morning before I check my email. There’s no game to turn on when I’m doing the dishes or folding the laundry.

I’ve had a group text going with my friends Dan and Luke for the last few years. When we’re in midseason form, we’ll trade between two and 75 messages a day. Sometimes the rapid-fire text chains push the number of unread messages on my phone into the 20s in a matter of minutes, talking about a Carney Lansford card that Dan found on eBay or a page from one of Luke’s comics where a character mentions Ken Singleton. I miss talking to my friends as much as I used to. I miss my wife asking “Luke and Dan?” when my phone won’t stop buzzing.

I’ve had some good times at ballparks, but my fondest baseball memories mostly involve games that I watched on a screen. The most obvious example is the 2008 World Series, which I watched at my friend Pat’s small South Philly apartment with a large group of friends. Not just Game 5, but the whole World Series—and most of the NLCS, too—because my friends and I are superstitious idiots. Philadelphia teams don’t get many shots at a title, and we weren’t going to screw that one up by changing our routine. When the Phils won, we marched up Broad Street to party with the rest of the city.

In 2015 and 2016, I was living on my own for the first time in years. I had gaps where routines used to be. Luke and Dan helped fill some of that, mostly with baseball talk. Around then, I started bringing my laptop to bed, watching Dodgers games and listening to Vin Scully for a bit until I dozed off. I’ve got some friends in L.A. but no rooting interest in the Dodgers. Still, this routine really grew on me, enough that I was disappointed when they had a day off or went on a road trip without Scully.

My most indelible baseball memories, though, are from my childhood. For a few years, my dad’s job kept him out of town during the week, leaving me, my little brother, and my mom on our own. When the Phillies went on West Coast road trips, their games wouldn’t start until 10:00 PM—way after bedtime. But if I was still awake when the game came on, I would scamper down the hall to watch the first few innings with my mom before going to bed.

My mom didn’t grow up with baseball. She’s from Ireland. She knew I loved it, though, and she loved me. So, she learned about it, watched it, and became a fan. She genuinely loves the game now, especially the Phillies. Carlos Ruiz is her all-time favorite; she has a Chooch jersey and everything. I miss seeing her in person. She’s a good texter, though. She can’t compete with Dan and Luke in terms of frequency, but they can’t hold a candle to her in terms of words per text.

Baseball isn’t a hobby for me, something to watch when I’m done with the day job. It’s a connection to my favorite people, an excuse to get together, to talk, to text. It’s home, in a way. And it’s not like that home is gone, or empty. We just can’t go there for a while, for as long as we have to stay on our separate couches. It reminds me of Philip Larkin’s poem Home is so Sad:

Home is so sad. It stays as it was left,
Shaped to the comfort of the last to go
As if to win them back. Instead, bereft
Of anyone to please, it withers so,
Having no heart to put aside the theft

And turn again to what it started as,
A joyous shot at how things ought to be,
Long fallen wide. You can see how it was:
Look at the pictures and the cutlery.
The music in the piano stool. That vase.

When I think about baseball now, trying to determine the impact of the layoff on specific teams and players, it’s hard to focus. I’m staring at my home through a locked gate. I recognize everything, but I can’t get in. I watch things fall apart, gather dust, bleach in the sun. I know it won’t be the same once the deadbolts are unlocked. A lot of things will end up feeling like diminished versions of their former selves. It will still be home, though, and I will return once the doors reopen.