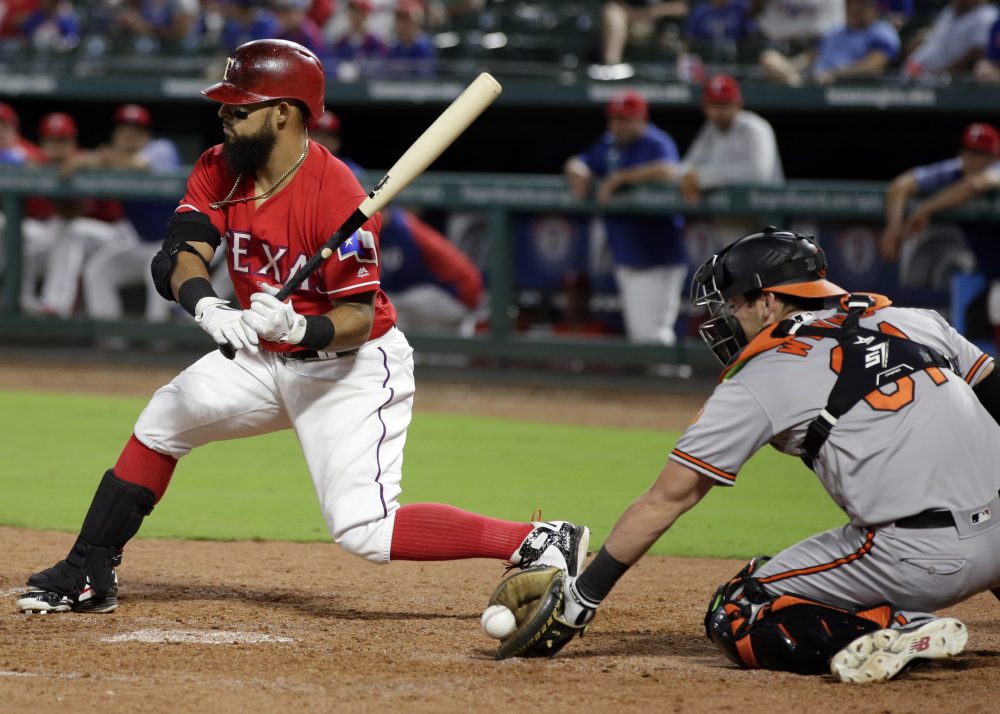 Let’s start this off with some quick facts about Rougned Odor. Going into the game against the Orioles, Odor had a walk rate of 7.1 percent. That might be minuscule to you but for him, he’s actually exhibiting grand patience since his career walk rate was at 4.6 percent. Still, even with his explosion of plate discipline, it’s still a number that has him planted near the bottom of the Rangers’ list of regulars when it comes to walk rate.

Those stats basically mean that if you see Rougned Odor take a walk on any given night, you’ve already seen something special and gotten your money’s worth if happened to be at the ballpark. If you see him take four balls and a free pass to first base on multiple occasions, then you might as well frame the ticket and try to sell it on eBay. After what happened last night, any fan who was in attendance in Arlington might want to see if Cooperstown is willing to take their ticket stub since they were witness to a complete and utter miracle.

In the first inning, Rougned Odor worked a 3-0 count on Andrew Cashner and things got dicey when Cashner fought back and made it 3-2 on the next two pitches, but Odor looked at the ball sail outside of the strike zone and picked up his first walk. That ended up paying off for Odor and the Rangers as Jurickson Profar hit a three-run dinger to cash in the runners. That was the beginning of what would turn into a 17-8 rout for the Rangers and also the beginning of a special night for Odor. 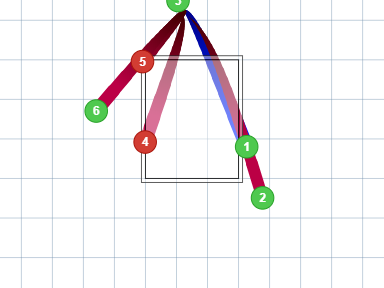 His next at-bat ended in a four-pitch walk and his patience was once again duly rewarded when he made it home via wild pitch. By the time the third inning had rolled around, the Orioles were already on their second pitcher. This didn’t matter, because even though Donnie Hart had Odor 2-2, Odor simply gazed at the next two pitches and took his third free pass of the night. 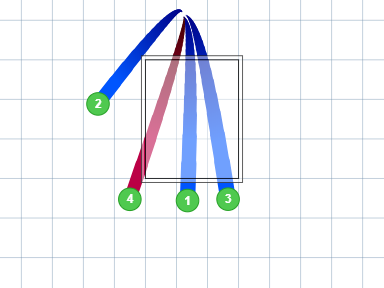 Although he didn’t score after his third walk, his fourth walk ended up being an extremely productive one. Odor was up 3-1 on Jhan Marinez, but a couple of foul balls got Martinez back in it and it seemed like Baltimore was finally going to get Odor out. Instead, the seventh pitch of the at-bat was called a ball, which meant that Odor had his fourth walk, and the Rangers had their 13th run. 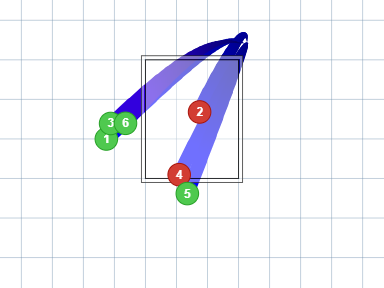 Texas’ offensive explosion slowed down a bit so Odor didn’t come back to the plate until the sixth, which is when he hit a two-run homer to pad its lead.

Who cares about silly old home runs, though? We’re here to see walks! Fortunately, Odor was not done with that part of the game and, in the eighth inning, he made history. After working a full count against Tanner Scott, Odor watched a slider aimlessly fall outside of the zone for a historic ball four. By the time Odor reached first base, he also joined an incredibly elite club. 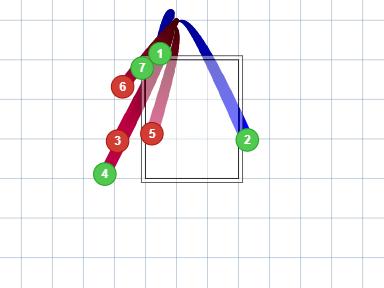 He’s the only 1 of the 4 to have none of the walks be intentional.

AL East journeyman Steve Pearce completed his tour of the entire division after the Blue Jays traded him to Boston back in June. As the moniker of “journeyman” suggests, he’s spent most of his time toiling in obscurity as he bounced from team to team. The veil of obscurity has been discarded after what he did at Fenway Park against the Yankees. The Red Sox scored 15 runs and Pearce drove in six of them with three dingers. Welcome to the limelight, Steve Pearce!

Despite the score being as lopsided as it was, the Yankees actually had the upper-hand early. However, this magic trick of a slide from Jackie Bradley, Jr. was basically the catalyst for the fourth-inning explosion that came from the Red Sox.

The Phillies went into the ninth inning down 2-1 against the Marlins. Philadelphia was three outs away from a loss that would have caused another flip-flop at the top of the NL East between them and the Braves. However, by the time they were down to their last out, they tied the game thanks to a groundout resulting in an RBI for Nick Williams. That set the stage for Maikel Franco to either extend the game or end it right there. He decided to end it in style and keep Philadelphia in first place.

Even though he went into the start of the four-game series against the Mets with an Isolated Power number in the .220s while sporting a slugging percentage that was nearly .500, Ronald Acuña Jr. had yet to hit a triple in his burgeoning MLB career. He can now check that one off of the list. His leadoff triple set the tone for the Braves as they eventually cruised to a win over the Mets.

Was your bloodthirst not quenched by the Nationals after they bludgeoned the Mets to the tune of 25-4? Fortunately for you, the Dodgers decided to keep this week’s theme of offensive massacres going by escorting the Brewers to the Smackdown Hotel after beating them 21-5.

If you’re a Brewers fan, look away for a second because this is rough. If you’re a neutral fan or a Dodgers supporter, then enjoy three entire minutes of Yasiel Puig, Cody Bellinger and a returning Justin Turner (among others) smacking dingers and making the fans at Dodger Stadium super happy.

Despite Nelson Cruz’s best efforts (and by that, I mean that he hit two dingers and drove in all of the runs for Seattle), the Mariners ended up falling to Toronto after the Blue Jays pulled away in the ninth inning and made the game look worse than what it actually was for Seattle. As you can hear from the video below, the thousands of Canadians who descended upon Safeco Field were thrilled with what they saw.

This was also a big loss for the Mariners, pushing them out of a playoff spot. The team who leapfrogged them? Your Oakland Athletics. It’s getting good out West, y’all.

There wasn’t too much to write home about in the Giants/Diamondbacks game. It was kind of interesting to see the Giants turn 11 hits into eight runs, but the Diamondbacks get one run from 10 hits, but that’s just the way the cookie crumbles.

Five of San Francisco’s runs came at the expense of the bullpen, which is where the most interesting part of this game occurred. While the amazing bullpen cart at Chase Field has been put to use earlier this season, it was used by a visiting team’s pitcher. The home team finally put it to use last night. Thank you for giving us this visual gift, Brad Ziegler.

While he’s not a super-speedster, Leury Garcia is still a quick guy on the basepaths. That’s what makes this throw from Brett Phillips even more impressive. Phillips unleashed a laser cannon of a throw on a sacrifice fly attempt and the ball beat Garcia to the plate with no problem at all.

.@Royals fans: Meet your new standout defender!@Brett_Phillips8 is letting the AL Central know his arm is not to be tested. This 100.1 mph throw home is the 4th-hardest OF assist tracked by #Statcast in 2018. pic.twitter.com/BP6xESO3El

Meanwhile, in St. Louis, we had a defensive play that was so bad that it actually deserves mention. With two outs and a man on first in the bottom of the sixth while up a run, Antonio Senzatela struck out Yairo Munoz. Tony Wolters didn’t catch it behind the plate, but it’s all good because all you have to do is collect it and throw it to first to end the inning, right?

When you play @MLBTheShow & hit triangle instead of circle… pic.twitter.com/zZ5c0CKBZI

Whoops! While that didn’t cost them the game (the two runs St. Louis scored in the ninth to win it via walk-off did), that would have been an incredibly unfortunate turning point for the Rockies if the Cardinals had cashed in the runners after being given an extra out for no good reason.

The Cardinals and Pirates have the same record heading into their weekend series against each other. However, the events that have unfolded over the past few weeks makes you think that one of these teams is on the rise and the other is on the wane. The Cardinals are a “tumultuous” 56-53, while the Pirates are a “hopeful” 56-53.

While St. Louis has been dealing with all sorts of strife, the Pirates spent most of July beating everybody who crossed their path. On top of all that, they made the biggest trade deadline splash by acquiring Chris Archer from the Rays. Speaking of Archer, he’ll be making his black-and-yellow debut tonight, so we’ll get to see if he can keep the optimism going for the Buccos or if the Cardinals will give him a rough welcome to the NL Central.