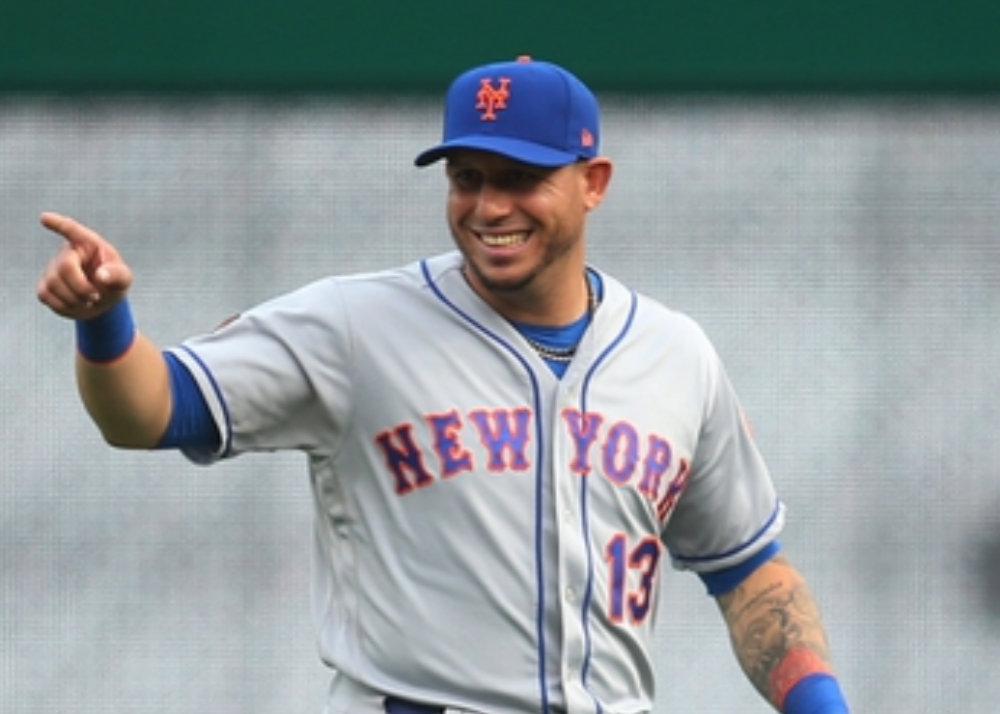 A top-101 prospect feels like a lot to pay for 10 weeks of Asdrubal Cabrera, and on the surface it is. But it’s also a lot less than the Phillies were willing to pay as the Manny Machado underbidders, and when you start breaking it down, Cabrera will provide a lot of the same things for the rest of the 2018 season as Machado would have.

Of course, Cabrera is no Manny Machado. He’s 32 instead of 26, he’s a worse hitter, he’s a worse defender. But there’s a lot to like here that’s similar to what Machado provides. Cabrera has become a sneakily good hitter again in his 30s—.279/.339/.464 since joining the Mets in 2016. His career splits are nearly identical from both sides of the plate, so he doesn’t need to be platooned. He’s not rangy enough to be a good defender anywhere anymore, but he can stand at second base, third base, and maybe even still shortstop, catch what he gets to, and not totally embarrass you.

The Phillies started the season with one infielder too many, leading to endless Cesar Hernandez trade rumors and awkward attempts to fit Scott Kingery into a lineup at the cost of key regulars. That “worked itself out” when Kingery defaulted into the shortstop job between J.P. Crawford’s injuries and failure to hit, except Kingery’s not really a shortstop and also not really hitting. Depending on what you think of the accuracy of defensive metrics that show Machado as almost impossibly bad at shortstop, Cabrera might be close to as good of a short-term salve as the bigger name player, while also providing protection against Hernandez’s lingering foot injury and one of Maikel Franco’s brutal slumps.

Even if the full squadron comes back to health, Cabrera’s a heck of a player to play matchups with three or four times a week around the diamond and have coming off the bench. The Phillies ended Friday with a 63.1 percent chance to win the NL East, which means each additional win Cabrera adds over the likes of Jesmuel Valentin and Pedro Florimon projects to really count a lot coming home.

The three-headed Mets GM triumvirate will get the popular credit for this deal, but make no mistake: Sandy Alderson is responsible here. For over a year, Alderson held on to Cabrera, waiting for the moment when he’d be the most valuable to the market. Alderson held Cabrera through the player’s trade demand at last year’s deadline, when the structure of Cabrera’s option reduced his trade value. He picked up that option and then held steady through the offseason when no offer materialized. And finally, his successors pulled a top-101 prospect at the deadline.

Kilome has made our offseason top 101 for three consecutive years; he was a name that came up in consideration for the midseason top 50 this year. His stock is down, although some of that is typical prospect fatigue and inertia for a guy who’s been around and for whom we’re still waiting for the leap. His statistics are facially unimpressive for a 23-year-old in Double-A, but he’s pitching in one of the worst parks to pitch in east of the Mississippi, and he’s a week from being classified as a “22-year-old” for 2018. That’s a week that would make his player card on Baseball-Reference look much prettier, and means functionally nothing about his development.

Why do we keep pushing this guy so highly, anyway? He’s a physical freak, with an explosive mid-90s fastball and a curveball that flashes 70-grade coming free and easy out of a 6-foot-6 frame. At times, he’s shown promising beginnings of a changeup and slider. If you catch him on a night where enough stuff is working, you’d think this is one of the highest-upside arms in the minors. And it might be.

Kilome’s development may have been stalling out in the Phillies system; just a few weeks ago I wrote that he was running out of time to avoid a relief destiny that’s always been perhaps more of a probability. But he has made some gains in command and consistency through the years, albeit not enough to portend hitting anywhere near that front-of-the-rotation potential. He’s about as good a change-of-scenery candidate as you could be without hitting the scrap heap; new voices or a new organizational approach probably can’t hurt.

Not all that long ago, the Mets were known for molding this sort of potential into a front-end MLB starter. Suddenly the dude would show up with a double-plus hard slider and better fastball command than you’d have ever expected. Maybe that magic went with Dan Warthen. Maybe they just got lucky and we ascribed the closest plausible reason. Or maybe it’s still there and this change of scenery sparks something in Kilome.

Even if Kilome never does make the leap starting, one would expect him to air it out into a heck of a fastball/curveball reliever. In that case he’s still a far better bet than the cavalcade of relief prospects and suspects the Mets have traded for over the last calendar year. Credit them for finally taking the home run swing and recognizing that sometimes mishits on home run swings fall for singles and doubles.

You need to be logged in to comment. Login or Subscribe
Jim Proulx
This is excellent. I went back and watched Kilome's best start of the season (in my opinion anyway) from July 3rd in Reading. It wasn't perfect, he hit a batter and tossed a wild pitch that allowed a run, which would be the only run allowed, and he walked four in seven innings. But he did have his four seam fastball working for him especially when he put it in the top of the zone. I only saw one or two "plus" curves but he does have one and he tried to get guys to chase, with some success.

He's a good prospect. And one that should probably still get a chance to develop into a starter. But the point made in the article about his coming close to being moved to a reliever is an important one. The Phils think they can win this year, at least enough to get to a postseason game. And Cabrera should help them. If Kilome develops into a mid-rotation starter, they'll probably regret having traded him away for a couple of months of Asdrubal Cabrera. But with guys like Enyel de Los Santos, Ranger Suarez, Cole Irvin, Adonis Medina, JoJo Romero, and Sixto Sanchez still in their system, they should have plenty of pitching depth to make up for the loss of Kilome. And they just might get to October ahead of schedule.

Works for me.
Reply to Jim