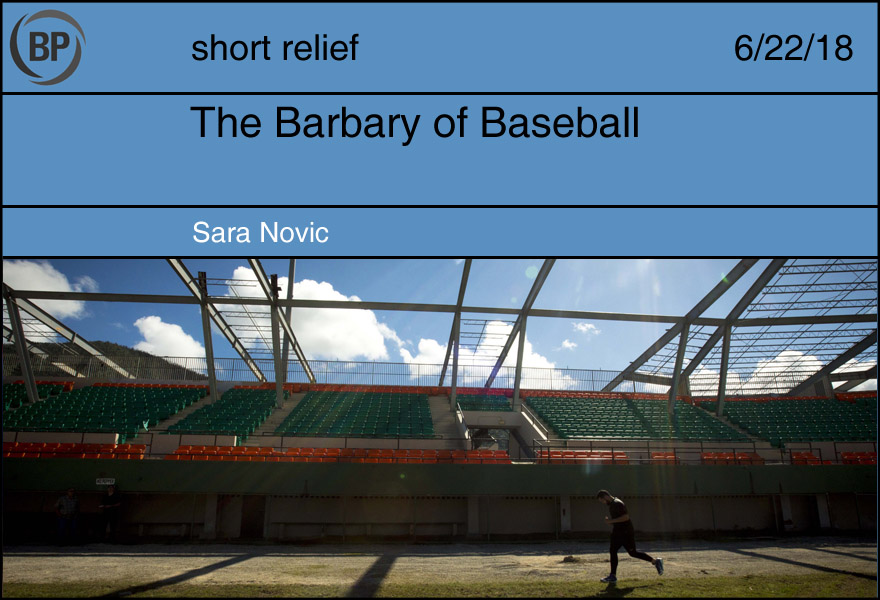 As a writer of war literature, I’ve had my share of existential crises. Hell, I imagine most writers — even those who aren’t consistently elbow-deep in trauma — do. In moments like these, when (one of) our nation’s humanitarian emergencies feels so raw, so urgent, I find it difficult to think about anything else. I tried writing something witty on the burgeoning superpowers of Brandon Nimmo or about the deeply bizarre Phillies “Phashion” show at which I found myself Monday night. But it’s hard to write about baseball when there are children alone in prison camps.

All week long as I’ve stared at the blank page, my mind has returned to the work of German cultural critic Theodor Adorno, who, in a 1951 essay, wrote the line commonly translated as “to write poetry after Auschwitz is barbaric.” To many the line sounds harsh, defeatist. But, like a single line of any argument taken out of context, this is a reduction of Adorno’s point. A fuller interpretation might be something like, “to write poetry after Auschwitz, without Auschwitz, is barbaric.” More broadly, continuing to engage with the beauty and pleasures of a culture without also acknowledging its vast evils is the barbarous thing.

With respect to American baseball, the question of immigrants’ value is straightforward: the game as we know it today would not exist without them. 2017 numbers show that nearly a third of major league players are foreign-born, many more than in the NBA or NFL. Specifically, today’s Major League Baseball would not exist without Latino immigrants — of the 259 foreign-born players from the 2017 season, 93 were Dominican, 77 were Venezuelan, and 23 were Cuban.

International diversity impacts not only the competitive development of the sport (a beloved topic of debate) but also indisputably bolsters teams’ bottom lines; a University of Michigan study showed that, while fans initially shied away from diverse teams, over the years there was a dramatic shift, and as of 2010 a team made an additional $500,000 in ticket revenue for each international player on the roster. Like the country itself, the game needs immigrants to thrive.

This week, amazing feats of athleticism have been and will continue to be performed on the diamond. Odubel Herrera hit a killer home run off the scoreboard; Brandon Nimmo scored both in- and outside the park. Families will bond over hot dogs and beer; the sun will set in gem tones over the river behind Citi Field; ballparks will organize their 4th of July weekend fireworks spectaculars. And children torn from their families will remain scared, separated, in camps with sordid records of abuse.

Beauty and barbary exist simultaneously, and our country is no exception. These, too, are American pastimes: racism, xenophobia, internment. So while we should find a moment’s peace and pleasure in the pleasurable, we should also push back against the unacceptable, with the hope that, just as baseball fans have come to see the merits of a diverse team, so too might our broader cultural and political values swing to reflect this progress. 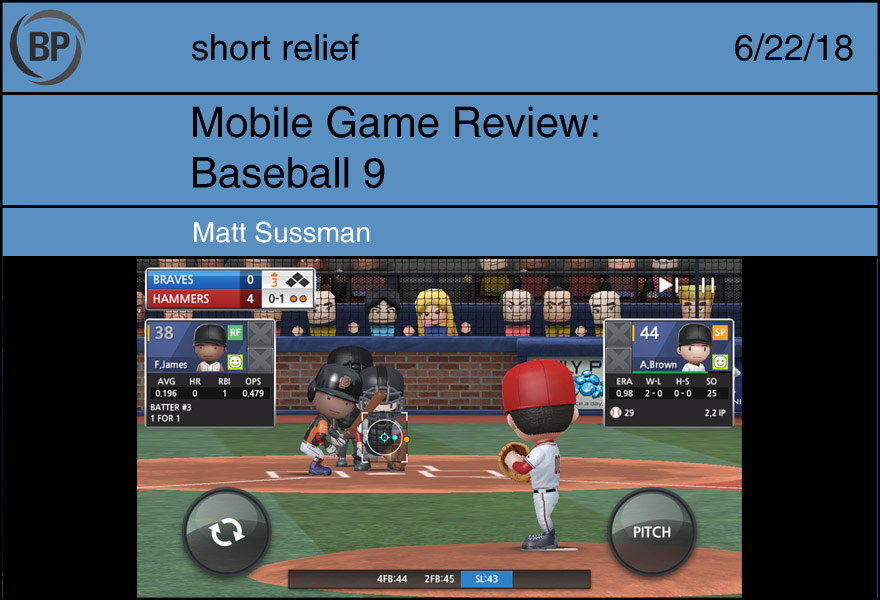 I think we were all a little giddy to hear RBI Baseball return, since the popular marketing strategy in the 2010s is to tell 2000s children what 1980s children enjoyed in the 1990s. Of course now RBI Baseball is just another realistic baseball game.

Realism is the worst thing you can do to video-game baseball because if we want real baseball, we’ll just watch real baseball. But a level of absurdity is equally important, as many of the NES games remind us — you should be able to somehow bunt for a home run, have robots fight on force plays, or just play a backyard softball game where some of the players hop around like a dang frog.

Baseball 9 is a mobile game (iOS/Android) I happened upon in search of something, anything. It’s a free download, which is a bonus, but that of course means if you want any semblance of a good team you’re either ponying up legal tender for All-Stars or simply sinking a metric buttload of free time into level-grinding. If you don’t care about winning championships, then never mind. Everyone in the game is fictitious, though you can change the names. Their appearances are customizable but require in-game money.

The batting and pitching mechanics are pretty straightforward; a tutorial lets you get the hang of it on your first play. Fielding and baserunning are on about 98 percent autopilot. The big-head graphics remind me of MLB Power Pros, another game that struck the nice balance between reality and absurdity.

The players’ reactions to different outcomes stuck out to me — a base on balls sometimes causes the batter to Walk Like An Egyptian. The bat goes flying on a poorly timed swing. I think I once saw a new pitcher enter the game and make a cut-throat motion. But quite often pitchers will make “mistakes” and throw a cookie right down the middle. These are easily crushed for extra-base hits. The AI seems to keep fouling them off. I’m biased, but this is not a complaint.

Players accumulate stats throughout the season and as players level up, they can acquire special “skills” (such as having extra power if you’re trailing). You get in-game currency and rewards for doing well. Games take about a half hour to complete, but you can have it blaze through all/some of the game (for, of course, in-game currency). Keep escalating the leagues and you win, I don’t know, peace of mind? A badge? I thought you downloaded this for the love of the game.

Baseball 9, true to its vanilla name, doesn’t really have a hook. There’s no online play, no MLB license, no distinguishing features. It’s just a silly little mobile baseball game, which is all I ever wanted in the first place.

You need to be logged in to comment. Login or Subscribe
jnossal
To compare immigration centers with Auschwitz is not only idiotic, it is extremely offensive to those of us with family members who actually lived and died in concentration camps. BP writing may have shriveled up and died at the hands of sophomoric contributors years ago, bu this represents a new low. Stick to baseball, at least if you say something incomparably stupid, it won't be about anything of real importance.
Reply to jnossal
Edward Martin
Get back to us when it turns out that the president didn't say "infest." And thank you, Sara.
Reply to Edward
Bret Sayre
As a counterpoint, some of us who have family members who both lived and died in concentration camps are offended by people telling us to stay in our lanes during times of humanitarian crisis, whether it's baseball or not.
Reply to Bret
jnossal
Be upset if you like, but can the hyperbolic comparisons. Better, stick to your baseball lane and out of politics. It just pisses off your customers.
Reply to jnossal
Llarry
Not as much as having other self-righteous customers try to control what I can read.
Reply to Llarry
Byron Hauck
"Instead, the officers say, “I’m going to take your child to get bathed.” That’s one we see again and again. “Your child needs to come with me for a bath.” The child goes off, and in a half an hour, twenty minutes, the parent inquires, “Where is my five-year-old?” “Where’s my seven-year-old?” “This is a long bath.” And they say, “You won’t be seeing your child again.”"
-https://www.texasmonthly.com/news/whats-really-happening-asylum-seeking-families-separated/ (Can't imagine why anyone would be thinking of Auschwitz)
Reply to Byron
jnossal
When ICE gassses a few thousand of them to death, then you can start with the comparison. Until then, you are a fool.
Reply to jnossal
Llarry
By that point, it's too late to say anything. The time to speak up is now. The one who thinks otherwise is the fool.
Reply to Llarry
Jason Wojciechowski
If all you took from Sara's piece was "SHE SAID AUSCHWITZ" then you didn't actually read it.
Reply to Jason