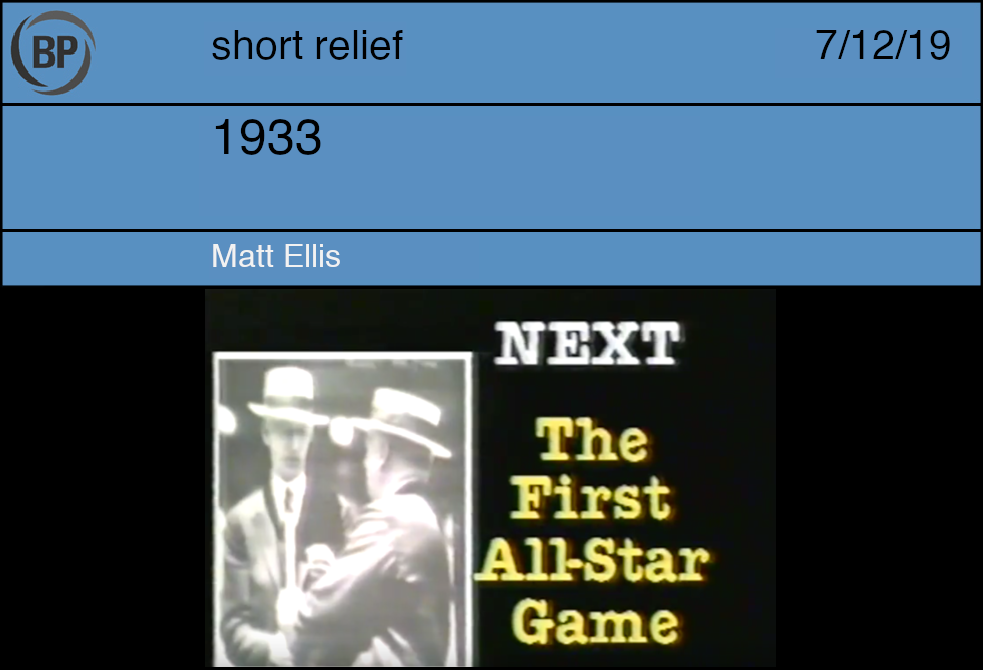 It was the top of the second when Chick Hafey blooped a middle-in pitch into shallow center, but it was the AL that actually sent one across the plate a few minutes later. Wally Berger and Dick Bartell rounded out the middle of the lineup but it just wasn’t enough: for despite exciting the thousands of paid attendees of the Chicago World’s Fair, there to see the first ever “All-Star Game,” where scribes put ink to tree and they promised they would remember it for a generation to come.

Late in the game, the AL sent up Ben Chapman. Chapman–that young Yankees star, had visions of tomorrow sitting on the end of his bat that he had no idea would only last for three more years, but in that day he was what They saw.

The sportswriters rushed the field afterwards and gave him the aluminum bowl, their eyes whispered amongst one another that something started here, and that something would continue, generations into the future, where the wood met the hand-woven.

A few weeks later the radio said that Germany had left the League of Nations, but the scribe knew it was his script that would be remembered–those transitory brief moments bleeding into the ether and changing by the week. He turned his radio down and wondered if the kid in Cleveland would have something to say about next year, and as Jack Benny’s voice suddenly became clear, he knew that he had nothing else to worry about. 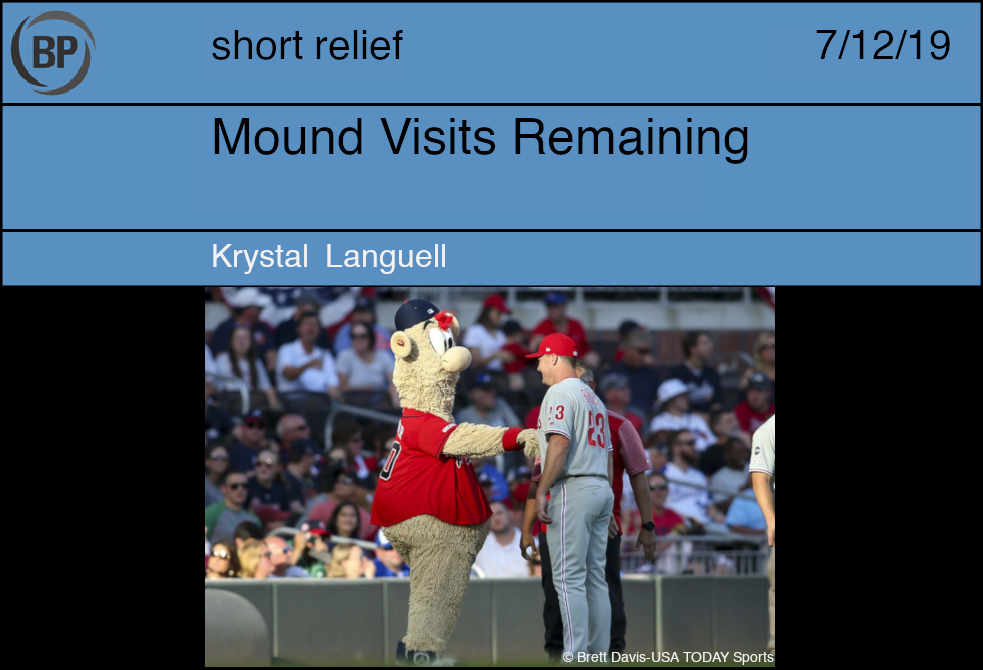 welcome to notions:
we have
numskull
fun but also
slow-walk out to
serious items

in the throes of
the wracked middle innings
Italian leather shoes
high waisted uni
cinched with poly blend belt
come over and chit chat
about my throe-pangs
my throw pings the outside
adding layers
to my sleep garments
each night till I become
a dry egg, a ruffle, a tutu
echo-echo: so-and-so’s
all matchy-matchy
paint the corners

There was a time
I said a line I’d use
for a little while
for a little wine
I’m washed up
what was it
lil miss walkout song
was beside him all along
organist mixing metaphors
whisking, motes astride
the hamhock this a.m.
volunteering their information 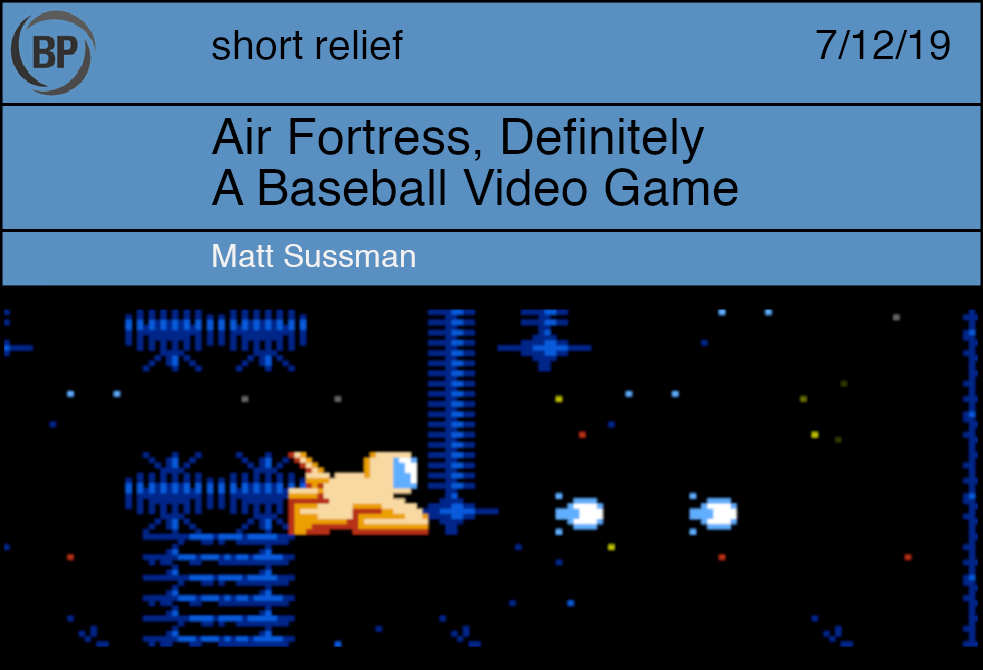 You may not have heard of HAL Laboratory, but they’ve been programming some solid video games since the early 1980s. One of their highly overlooked titles was Air Fortress, a very basic space-age platformer. It was definitely not a baseball game, while at the same time, absolutely was a baseball game.

Air Fortress had two parts per level: the first was the approach, or “Air Base.” The word “base” is an obvious clue. The first part of the gameplay is not unlike Galaga: just fly around, shoot as many baddies as possible, and collect power-ups. These power-ups help you in the second part, the really challenging part: the fortress. Here you must navigate a maze-like level, destroy the core and find the escape pod before the fortress collapses onto your noggin.

Air Fortress’s bifurcated gameplay of side-scrolling spaceship melees coupled with the meandering pipes and elevators of the fortress itself complement each other not unlike the skills of position players and pitchers, but that’s a tenuous argument at best for its baseballness.

I’ve played this game on and off, because its basic yet confident music reels me in, but the game is difficult as heck. And I wondered if they made any more (they didn’t) but was also curious if the protagonist had a name. I found a copy of the manual, 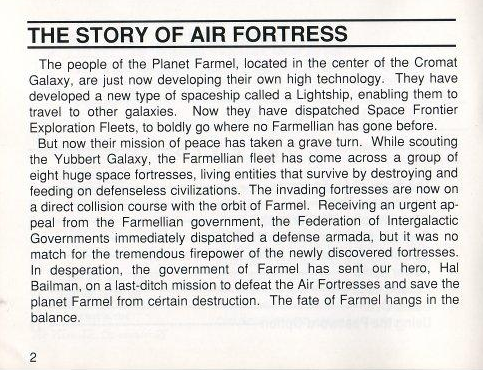 Sometimes you wonder why certain video game characters don’t take off, and sometimes you understand that they didn’t become more popular because they were literally named HAL BAILMAN. That’s why this is a baseball game. Hal Bailman is a name that absolutely batted .244 for the Royals in 1987 and I won’t hear talk otherwise. And while I appreciate the flex of a game company named HAL go for a namesake character, they fared okay, ultimately developing the Super Smash Brothers (the Uptons) and Kirby (Yates) franchises.