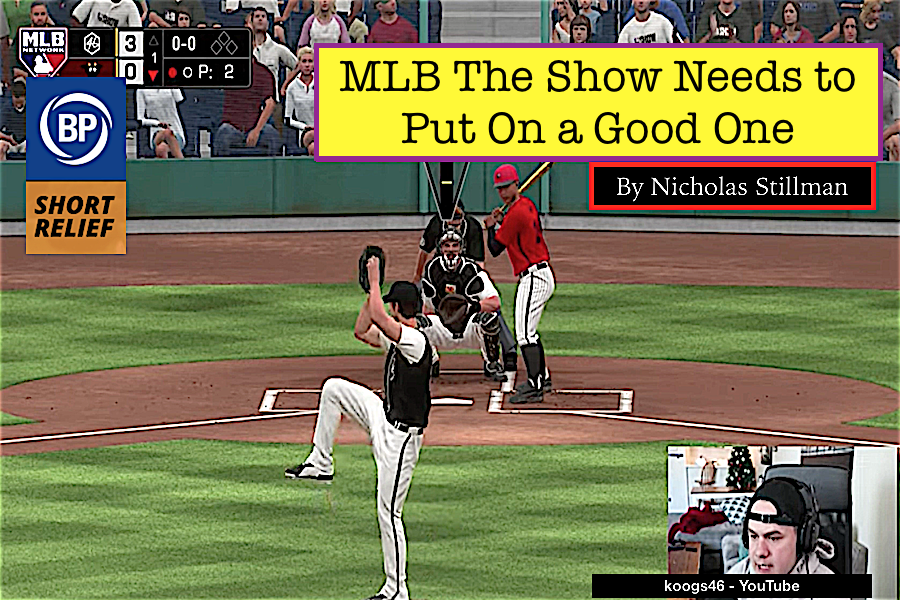 For years, the Sony Playstation exclusive MLB The Show has been the only decent MLB game for fans since Backyard Baseball 24: Boys in the Yard (this is not a real game, do not google). The exclusivity of the franchise for Playstation owners meant that only a slice of players have had access to quality MLB licensed gaming, while the non-Playstation owners were forced to play the aptly-named RBI Baseball, which is just as relevant and useful as RBI is as a statistic.

For those not in the Gaming Community, this widening of a licensing deal to include Xbox and Nintendo consoles may not seem like much. But to someone who spent $300 to buy a Playstation 4 just to play MLB The Show two years ago, the announcement feels big and ambitious.

First, the game itself.

Currently, the baseball simulation rankings are as follows:

The franchise itself is healthy; the 2019 release received an 86% Metacritic rating while broke the record for sales of a baseball game. The simulation is as close to playing major league baseball as many of us will ever achieve, and that’s a good feature for a simulation.

From Sony’s perspective, this deal is giving up an exclusive game that moves from their hardware, but from the MLB’s perspective, it’s an opportunity to become FIFA.

Why would MLB want for baseball what soccer has in FIFA?

Well, besides breaking all the records for sales, FIFA has been praised and credited with the expansion of the popularity of soccer worldwide. According to a 2014 ESPN poll, 34% of Americans now consider themselves to be fans of soccer after playing the game, and about 50% became more interested in soccer in general. By releasing a great game to young people who have no interest in the real-world counterpart, they have created a new fanbase. A fanbase that is now buying jerseys, tickets, showing up to matches, and playing soccer. These are the kind of results that MLB is looking to achieve: grow their brand worldwide, starting in the US with young players.

This deal grows the current gaming US market from 30 million Playstation owners to 162 million people that own consoles in the US. This is a step towards reaching a broader audience, one that may struggle to be adopted into a sport that can be precariously long and notoriously slow-paced at first blush.

What is odd though is that Major League Baseball seems to be moving in two directions at once. In November the league proposed stripping 42 minor league teams from around the country of their major league affiliations, effectively eliminating the only source of a live baseball product for many Americans. While they are increasing their visibility in simulated baseball, they are simultaneously opting to decrease access to physical baseball. A decision demonstrating either confidence in other efforts of expansion, or skepticism in live baseball’s ability to attract new fans, or both. It may simply mean the desire to grow baseball has limits, and those limits are inflexibly driven by profit margin.

A FIFA-like explosion of MLB brand baseball from this deal is doubtful (Madden hasn’t seemed to make a dent), but any increase in exposure to otherwise indifferent audiences is a really good thing for the sport. Importantly, it also means my All-Mariners Prospects franchise team can now lose in the playoffs to the Yankees on a Nintendo Switch. Hooray.

Editor’s Note: Those RBI Baseball jokes were uncalled for. I still play it (using 2016 teams and rosters). As they say, “There is beauty in simplicity, total domination while listening to podcasts.” 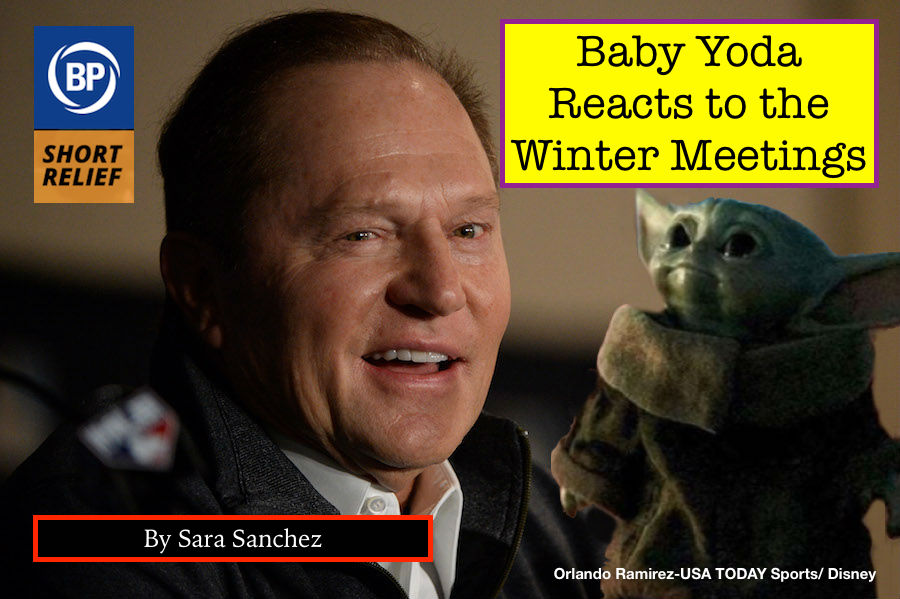 Winter Meetings just wrapped up, and after a few years where we almost froze to death waiting for the hot stove to ignite, this was an eventful week. The Yankees were the Yankees. Scott Boras was Scott Boras. There were rule changes, and even scientific reports. It was everything a baseball fan could want from four days in San Diego.

I, however, was not in San Diego. I have a day job, so the Winter Meetings unfolded for me and millions of other fans like many events in 2019 — on social media. My twitter feed was filled with rumors and storylines and BREAKING: headlines. It was also filled with Baby Yoda. So naturally I started to wonder, how would Baby Yoda react to the most important storylines from Winter Meetings?

Big contracts – Scott Boras had a great week. He had a cryptic press availability where he talked about birds while he locked down $816 million for three of his biggest clients. By my back of the envelope calculations Scott Boras managed to make north of $40 million in commission from those deals. I imagine him walking away from Winter Meetings like:

The baseball – The anomalous construction of the baseball led to a home run spike in 2017 that prompted MLB to convene a panel of experts to release a report on how that happened. The fact that it happened again two years later would be humorous if it wasn’t so important. There are few elements of the game that impact hitter and pitcher performance more than an unpredictable ball. Watching MLB talk about the random variation in batches of baseballs, the launch environment and humidors rather than actually answering the questions about how the baseball keeps getting more juiced felt a bit like this:

Biding their time – The Red Sox, Cubs and Indians are all sitting on potentially game-changing trade chips, but they seem to be waiting out the free agent market to see if teams will meet the prices they want for their superstars. You can almost picture them at Winter Meetings like: 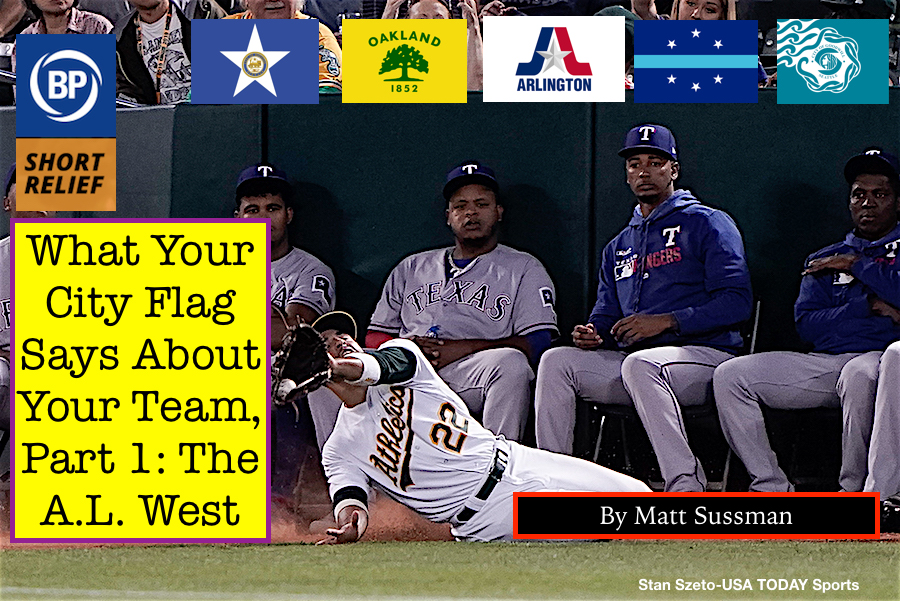 Baseball loves its flags. That is to say, it loves pennants, or as my 5-year-old calls them, “the independents.” What doesn’t get a lot of play are the flags of their city, which says a lot about the teams that reside there, way more than you think.

For this, we’ll start in the American League West to get them out of the way eliminate the coastal bias and go in no particular order, as the division does every year: 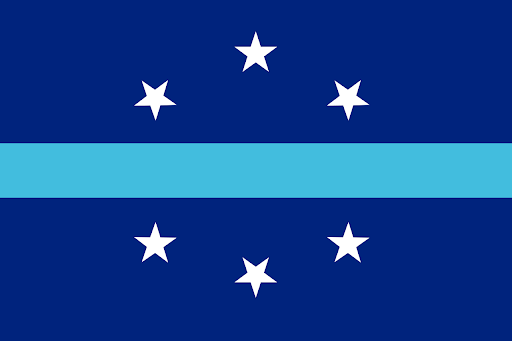 The minimalism is a breath of fresh air to contrast their ever-changing official name. The six stars represent the number of stars on the Angels. They are, in order: Mike Trout, Shohei Ohtani, and the other four are Kole Calhoun. (Anthony Rendon will try and trade a gold watch or something for one of them.) The stars on the light blue stripe represent all their playoff wins in the last 15 years. 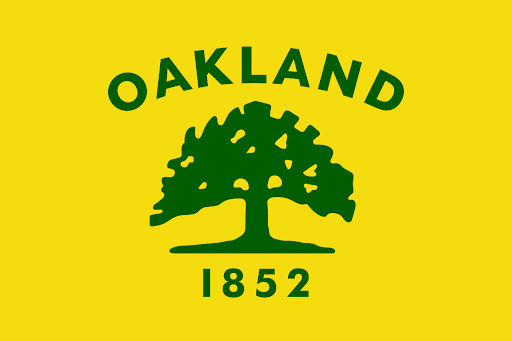 Green and gold apparently has never gone out of style, and explains their uniforms. This flag also does an appropriate job of noting the team’s first half record before they go on their second-half run to clinch a spot then lose the Wild Card game. This tree is a depiction of the same one Isaac Newton sat under, then was bonked on the head by a Ramón Laureano throw, to which Newton got the idea of unlimited foul territory. 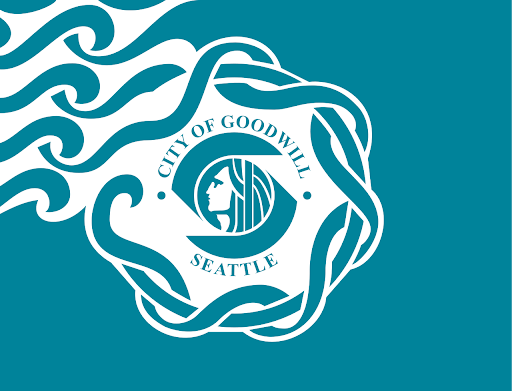 The teal is a bold choice, as is the wavy dissonant pattern, as is the decision to include the profile mugshot of the Starbucks logo, who was brought in for crank-calling way too many general managers at the trade deadline looking for relief help. 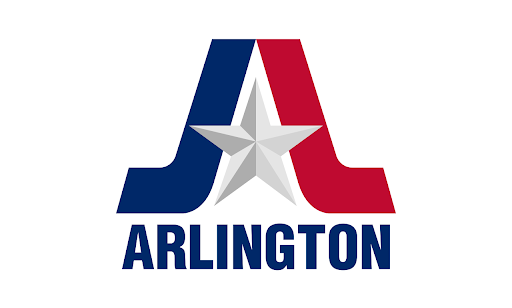 Sometimes you see a flag that is so aesthetically horrid you don’t even know where to begin. You wonder what went into the commission of the flag, the different bodies that provided input, what they wanted people to see out of their city, and how they came to the final product. But this is not one of those flags because Arlington’s is just a gas station logo. Arlington: your one-stop fill ‘n go shop for the family on the move! Buy 10 jerkies, get your next one free. No need to even get out of the car, Joey Gallo will pump. 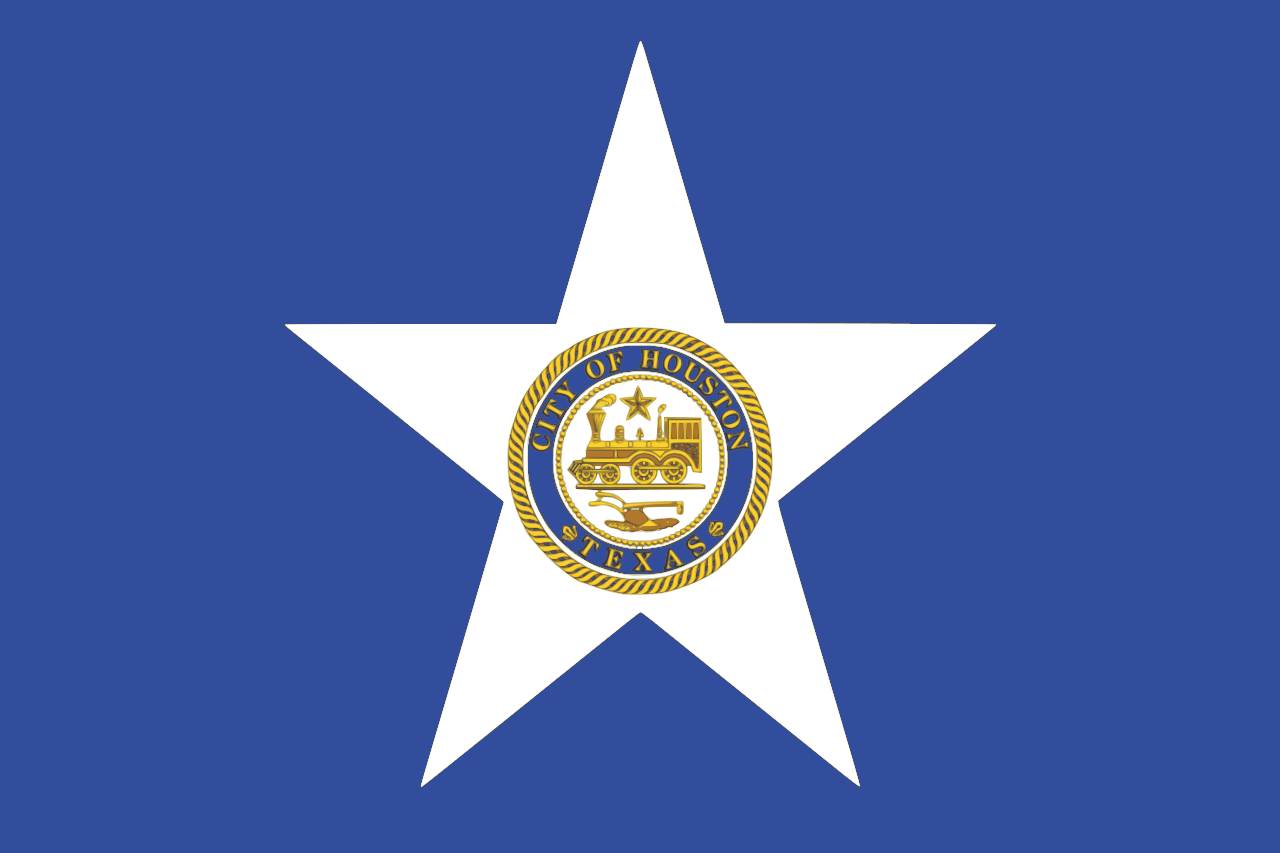 There’s a bit of cursed graphic design when your logo features your city seal, but bonus points for having your city seal of a train and a star encased inside a bigger star. If you look closely, the very center of the smallest star? Yep, you guessed it. That’s a tiny lens. The train is powered by automatic pilot and will start chasing any journalists milling around the locker room.