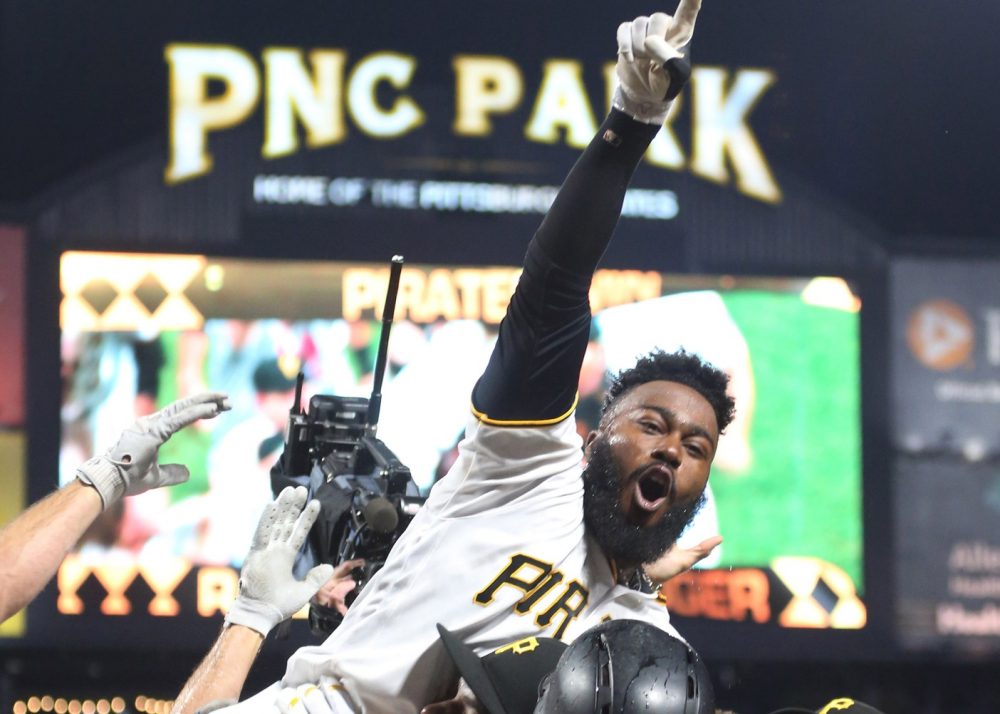 The offseason may be slow, but it’s not totally dead. Case in point: The Athletics traded right-hander Jesse Hahn and minor-league starter Heath Fillmyer to the Royals on Monday, receiving lefty reliever Ryan Buchter and first baseman Brandon Moss in the swap. While Buchter fills a clear need for the team, Moss’ return to Oakland is more emotional. He was a staple of the A’s lineup from 2012 to 2014 and enjoyed some of his most productive seasons during his time with the club.

Don’t get attached too quickly, though. Finding a place for Moss on the 25-man roster may be more difficult than expected, especially with Khris Davis established at designated hitter and Matt Olson expected to lock down first base. Ken Rosenthal of The Athletic says the A’s might be looking to “find a taker” for Moss if they can’t squeeze him onto the 25-man roster by Opening Day. Even that may be easier said than done; the 34-year-old is two years removed from his last .250+ TAv, 2.0+ WARP season and put up some career-worst numbers during his one-year gig with the Royals in 2017.

Still, Moss doesn’t expect to go down without a fight. “I’m going to rake all spring and they’ll have to keep me,” he told the San Francisco Chronicle’s Susan Slusser.

As with every other team in the league, the Mets are twiddling their thumbs until some of the bigger free agents get snapped up this winter. Assuming that happens within the next month–some players are already discussing alternatives to spring training, and there are whispers of a strike–they might get some clarity on a murky second base situation.

Right now, however, the team is reportedly discussing options like Pirates second baseman Josh Harrison, who recently expressed his desire for a trade following the losses of Pittsburgh teammates Andrew McCutchen and Gerrit Cole. There’s certainly room for Harrison in New York. Gavin Cecchini is presumed to fill the second base slot for the Mets this season, but carries just 36 games of experience in the majors and could benefit from platooning with a veteran player.

That doesn’t mean it’s a done deal. Mets general manager Sandy Alderson said he’d prefer to find a veteran infielder on the free agent market rather than deal the kind of upper-level prospects the Pirates would be seeking in a return for Harrison. Which brings us back to the original point: per Mike Puma of the New York Post, that may not happen until the free agent pool loses some of its biggest fish.

The Indians have finally dispensed with “Chief Wahoo,” the racist depiction of a Native American that has served as their logo since 1947 (alternate versions of the logo existed several decades prior, but not as the brazen caricature the team uses today). The change won’t take effect immediately, nor will the image be thoroughly purged from the team’s property. Quite the opposite, in fact, as part of the Indians’ official statement suggests:

“While we agreed with MLB to remove the logo from our on-field uniforms, we understand the connection many in the Cleveland community have with Chief Wahoo, and we will support that relationship by continuing its presence on merchandise in our market. This will maintain the Indians’ ownership of the trademark as well, which we would risk losing to another organization if we ceased all use.”

Fans won’t be discouraged from wearing team gear that features Chief Wahoo, nor will the Indians stop creating and selling merchandise with the logo in their stores throughout Ohio and Arizona. The logo itself will be officially retired from team uniforms beginning in 2019.

The change represents a clear step forward for the league, and commissioner Rob Manfred reasserted the value Major League Baseball places on diversity and inclusivity in a statement made Monday. That doesn’t necessarily merit a pat on the back. The decision to ditch Chief Wahoo has been long coming, and the way the Indians insist on profiting off of a racist logo for another year (and beyond) indicates that they still have a significant amount of progress left to make.

You need to be logged in to comment. Login or Subscribe
Jim Maher
I'm an Indians fan but not a fan of the Chief-- that said, many are, and I don't think most of them (or maybe any) think of him in a racist way. I agree a few native Americans are offended, though the comments on Yahoo (is that a racist name?) by Native Americans were virtually entirely unhappy with the change. I do think the Vikings and Fighting Irish logos are certainly open to offend the groups characterized, and If the Spartans were still around they would cringe at Sparty. All that said, I will not hold it against my son when he wears a cap with the chief, any more than my daughter wearing the leprechaun.
Reply to Jim
Mags44
Agree 100%. I find the Vikings character with the big hat with horns and the stupid horn he blows into, to be much more offensive to Norwegians and other folks than Chief Wahoo. But I wouldn't recommend getting rid of either. PC has run amock in our country, that is for sure.......
Reply to Mags44
Steve Chandler
Chief Wahoo is only racist if you are overly sensitive. I agree with MAGS44, PC has certainly run amok.
Reply to Steve