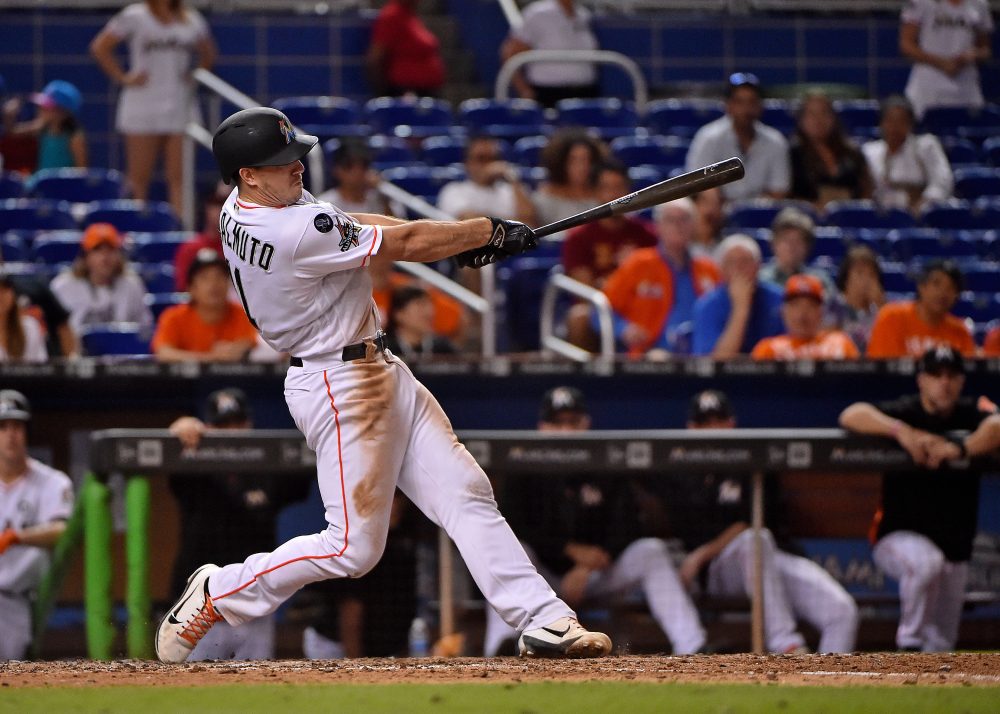 On Sunday, CBSSports.com published a piece by Mike Axisa called ”Hot Stove: Finding a spot for the Top 50 unsigned free agents.” Usually, you’d see that sort of article written in November, not on January 27, but this offseason is not your typical offseason. When news of a signing breaks, it’s usually a minor-league deal like Xavier Cedeno’s with the White Sox or a deal for someone like Jose Reyes, who just re-signed with the Mets for one year and $2 million. Reyes will be riding the pine and serve as a bench player for the Mets in 2018. The Mets are still looking for an everyday second baseman.

But then there’s Milwaukee, which seems to be the only team willing to make moves to improve. On Thursday they traded four prospects to Miami for outfielder Christian Yelich and signed free agent outfielder Lorenzo Cain to a five-year, $80 million deal. Cain’s contract surpassed Carlos Santana’s three-year, $60 million deal with the Phillies for the longest term and highest payout this offseason, but it will most certainly be supplanted by Yu Darvish’s if he’s ever signed by someone. He will be, eventually.

Or not. According to Jeff Passan of Yahoo Sports, some of the unsigned free agents have apparently brought up the possibility of holding their own spring training if they’re not signed by the time pitchers and catchers report. Baseball fans and some of us writers may joke about how boring this offseason has been because of the lack of signings, but there is a real battle brewing (no pun intended) between the players and the owners and it’s not pretty. Dodgers closer Kenley Jansen went so far to suggest that the players go on strike for the first time since 1994. Right now, over 100 free agents remain unsigned and training camps open in just over two weeks. Things may get ugly.

J.T. Realmuto may be the next player to leave the Marlins. With Giancarlo Stanton, Dee Gordon, Marcell Ozuna, and Christian Yelich all traded away, Realmuto understandably requested a trade from Miami. So far, he’s been linked to Miami’s division rival Washington, but according to Ken Rosenthal of The Athletic Nationals general manager Mike Rizzo isn’t willing to part with top prospect Victor Robles. Rosenthal suggested a way to move past the stalemate: Trading outfielder Michael Taylor for Realmuto. Taylor was just awarded $2.525 million in arbitration and is eligible for two more years of arbitration. He’d also be cheaper than Realmuto, who may earn as much as $1 million more than Taylor.

Manny Machado, who may or may not still be traded this offseason and is entering his free agent season, is switching positions. He will be playing shortstop full time in 2018, with Tim Beckham moving to third base. The move was announced by skipper Buck Showalter at Orioles FanFest this weekend. Beckham has only made five starts in his career at third base, but he has all spring to work on his new position.

The Yankees were looking at Jason Kipnis as a possible fit for their hole at second base, but his injuries in 2017 may have scared them away. Kipnis only played in 90 games for the Indians last season and he’ll be on the wrong side of 30 when the season starts—he’ll turn 31 in April. The Mets were also interested in Kipnis, who played some outfield down the stretch last season.

Francisco Rodriguez signed a minor-league deal with the Phillies on Sunday. The 36-year-old had a rough 2017 with the Tigers. He gave up 22 runs in 25 1/3 innings of work, posting a 7.82 ERA and 6.69 DRA. He was so bad that he was released by Detroit last June after requesting to pitch in high leverage situations. Rodriguez had 44 saves in 2016 for the Tigers but seemed to fall off a cliff in 2017.

And finally, the Royals are on the verge of finalizing a deal with shortstop Alcides Escobar. Kansas City is looking to re-sign the 31-year-old at one year and $2.5 million, according to ESPN’s Buster Olney. Escobar has spent seven years in Kansas City and has been pretty durable playing in 162 games in three of the last four seasons, but his offense has always been a huge weakness and his range defensively has slipped with age.

You need to be logged in to comment. Login or Subscribe
Kristoffer Ericson
Egads, taking Taylor for Realmuto? That would be a really, really bad return.
Reply to Kristoffer