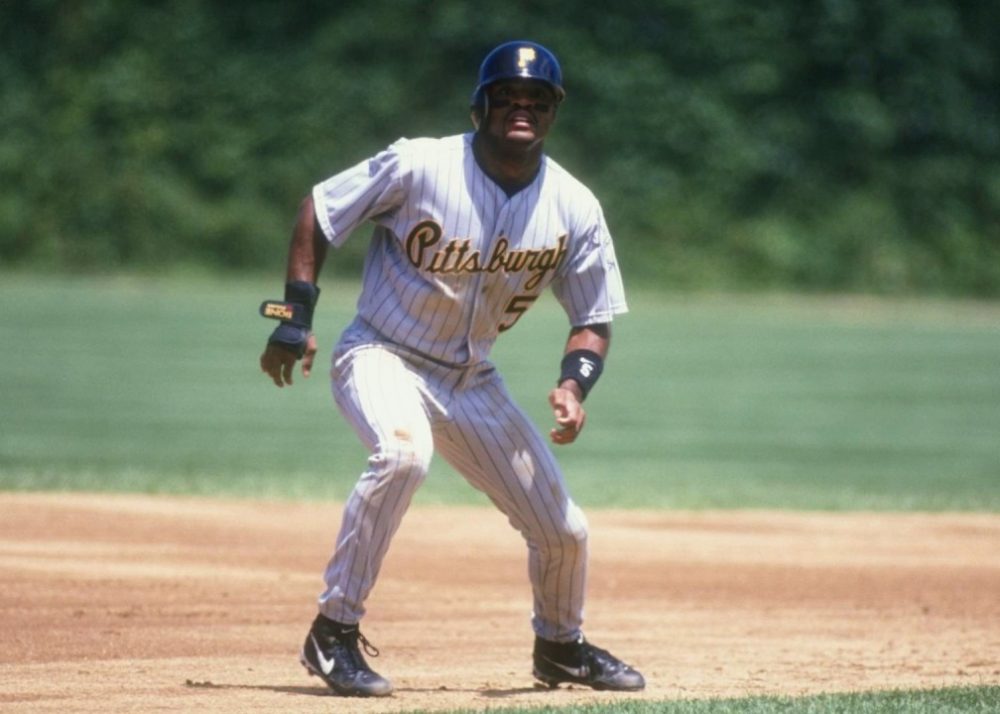 One of the best things about writing for Baseball Prospectus is you. Seriously, you. The reader. Not only does your support help keep the lights on, but your comments have really helped me as a writer. You’re smart! You’ve pointed out not only errors but also other areas of research.

Case in point: A few weeks ago, I wrote an article about how current baserunners are less likely than in years past to stretch doubles into triples, steal third base, or go first-to-third on singles. I hypothesized that this was likely because of sabermetric research into run expectancy, a rising run environment, and probably concern for players’ health.

Perhaps speed used to be more valued. Teams would often, for example, seek to employ a leadoff man because of a preference for his speed. Omar Moreno, for example, led the league in plate appearances despite a .306 on-base percentage. And Vince Coleman was employed for his speed, often putting up slash lines that would not be tolerated from a left fielder today, such as .254/.316/.334.

I’ve thought about this. I was initially a bit skeptical, but the more I considered it, maybe Scott has a point. I decided to look into it. What’s the frequency of sub par hitters who are speed merchants in baseball today compared to earlier years? Thanks for the article idea, Scott!

I used a couple of familiar statistics to analyze this, plus one that not all of you may know. BP’s BRR measures Baserunning Runs. Here’s our definition:

Basically, BRR measures all the contributions to scoring a player provides on the basepaths, from stealing bases to taking extra bases on hits to advancing on outs.

I looked for players like the aforementioned Moreno and Coleman, who were outstanding baserunners but sub par hitters. I chose a BRR value of 5.0 or greater to define an outstanding baserunner. Since 1950, the first year for which we calculated BRR, there have been 925 players with a seasonal BRR of 5.0 or more, an average of nearly 14 per year. Then, of those 925 players, I selected those whose on-base percentage and slugging percentage were both below the league average that season.

For example, in 2017, there were nine players with a BRR greater than 5.0: Dee Gordon, Delino Deshields, Byron Buxton, Trea Turner, Billy Hamilton, Mookie Betts, Xander Bogaerts, Ender Inciarte, and Cory Spangenberg. The MLB average OBP was .324 and the average SLG was .426. Gordon, Deshields, Turner, Betts, Bogaerts, and Inciarte had above-average OBPs. Turner and Betts had above-average SLGs. That leaves Hamilton, Buxton, and Spangenburg as the three players with a BRR over 5.0 and a below-average OBP and SLG. This definition reduced the pool of 925 players to 212.

Below is a chart showing the number of players meeting these good-run/no-hit criteria by season, but first a couple of notes are in order. First, in order to account for expansion, I calculated each season’s total as if there were 30 teams. In 1969, for example, there were four players who had a BRR over 5.0 and a below-average OBP and SLG. (Sandy Alomar, Bert Campaneris, Felix Millan, and Don Wert, if you were wondering.) There were 24 teams that year. So (30 / 24) x 4 = five players, adjusted for 30-team league. Second, I ignored the strike-shortened seasons of 1972, 1981, 1994, and 1995.

Here are the totals: 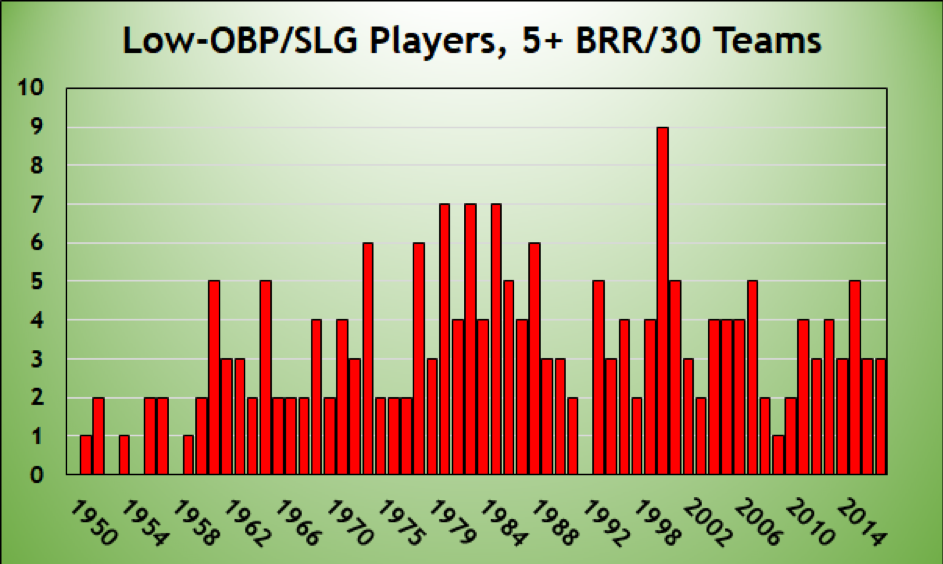 So Scott was on to something: There are fewer speed-only offensive players in the contemporary game. And the players who had those characteristics lasted longer back then as well. Here are the eight players who had four or more seasons with a BRR over 5.0 and a below-average OBP and SLG:

So yes, there seems to be less enthusiasm for/tolerance of speed-only guys in modern baseball. Billy Hamilton has four high-BRR, low-OBP/SLG seasons in the current decade. Emilio Bonifacio and Rajai Davis are the only other players with as many as two. And Hamilton, of course, is an outstanding defender, so he’s not in the Reds’ lineup only for his baserunning.

It appears that Scott was right. There are fewer players in the game today whose primary offensive contribution comes from their legs. But does that mean there are fewer fast guys overall?

This chart shows all players, regardless of OBP and SLG, with a BRR of 5.0 or greater, per 30 teams. 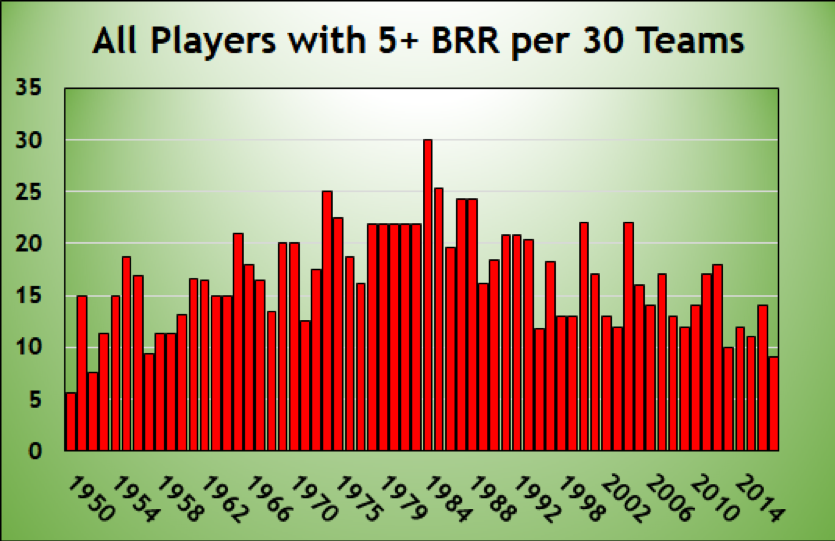 These results, combined with those of my earlier article, are circular. Fewer runners attempting to steal third base, or stretch doubles into triples, or going from first-to-third on singles, all work to suppress BRR. Mike Trout is an outstanding baserunner; but pulling on his reins is a rational decision. So some of the decline, it seems to me, is strategic. But for players like Hamilton and Davis today, or Womack and Coleman a generation ago, if you don’t let them run, you’re diminishing their main offensive value. So the decline in that sort of player isn’t strategic, like holding Trout back; it’s a personnel decision.