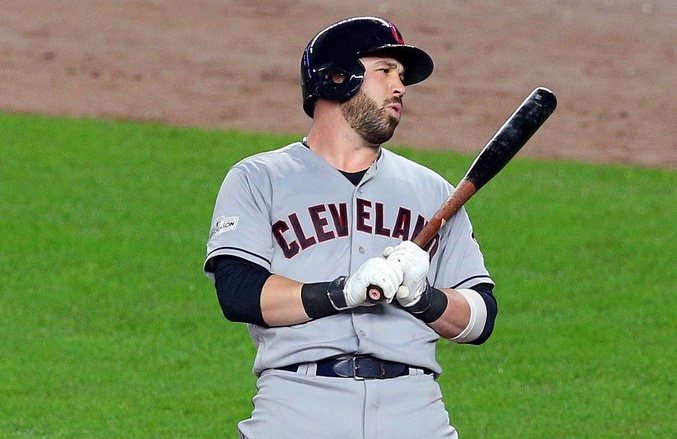 “How old would you be if you didn’t know how old you are?” Satchel Paige once asked. What would the Rumor Roundup be on a day with no meaningful rumors? When will the sweet embrace of death release us from this mortal pain?

So, let’s see. The Mets almost got Jason Kipnis, according to Jon Heyman of FanRag Sports. Heyman says the deal was killed by “someone at the top, very likely over money.” So in case you were wondering, yeah, it was probably the Wilpons who nixed the deal. Kipnis would have fit the Mets rather nicely, given their need in the infield. He provides a good bat when he’s healthy, and goodness knows the Mets need a second baseman who can hit. Alas, it was not meant to be, so Jay Bruce is back in New York. As usual in Metsland, the message seems to be “we tried.”

Heyman also notes that Neil Walker left the team on bad terms, calling it a “sticky breakup,” and that Walker may actually wind up with the Yankees. The Yankees also have a need in the infield after trading Starlin Castro in the Giancarlo Stanton blockbuster, and with either second or third base presumably being occupied by top prospect Gleyber Torres before long, Walker makes sense. Walker being a switch-hitter would also help balance out a predominantly right-handed lineup.

Eternity has not yet claimed me on waivers. Maybe it will by the time Lorenzo Cain gets a contract. Who knows. We’re waiting for Godot.

It’s also that wonderful time of year when beat reporters fill our Twitter streams with tweet after tweet about players avoiding arbitration and being paid a few million dollars, often far less than what they’d get on the open market. For instance, Tommy Kahnle just had one of the best seasons of any reliever in baseball, and he’s going to make $1.3125 million. This isn’t the best space to use for discussion of labor policy in baseball, but it’s worth dissecting, to say the least.

A bunch of other players got some money. Today is the deadline to exchange figures, so there will be even more today. An interesting one to watch will be Pirates right-hander Gerrit Cole. How much he makes will likely factor into the endless trade discussions surrounding him. Maybe he’ll get traded. Maybe he won’t. Maybe he’ll take up tap dancing. Maybe I’ll learn to play the bassoon. Maybe Jake Arrieta will be in someone’s rotation next year. Remember Lance Lynn? He exists.

You need to be logged in to comment. Login or Subscribe
Llarry
Wow. I usually get my RDA of Surrealism, Existentialism, and other sundry -Isms from other pages, usually Short Relief. Thanks.
Reply to Llarry
Robert Otey
reading about the Tigers picking up Johnny Barbato makes me think of Barbaro Garbey.
Reply to Robert
Richard Hohmann
I am nauseated by Neil Huntington's vacillation on trading Gerritt Cole. Cole has #1 stuff, but is a 2 or 3 at best. The fastball is straight and and he walks in two years. The best matches are the Astros and Yankees, but Cole in the AL with the DH has to be a concern. I'm afraid those two teams will tire of Huntington's antics and go elsewhere. Pittsburgh is not a playoff team this year and should do a quick rebuild. Huntington went most of last year with two bona fide outfielders, lost a ton of games on poor outfield play. I question his commitment to winning.
Reply to Richard