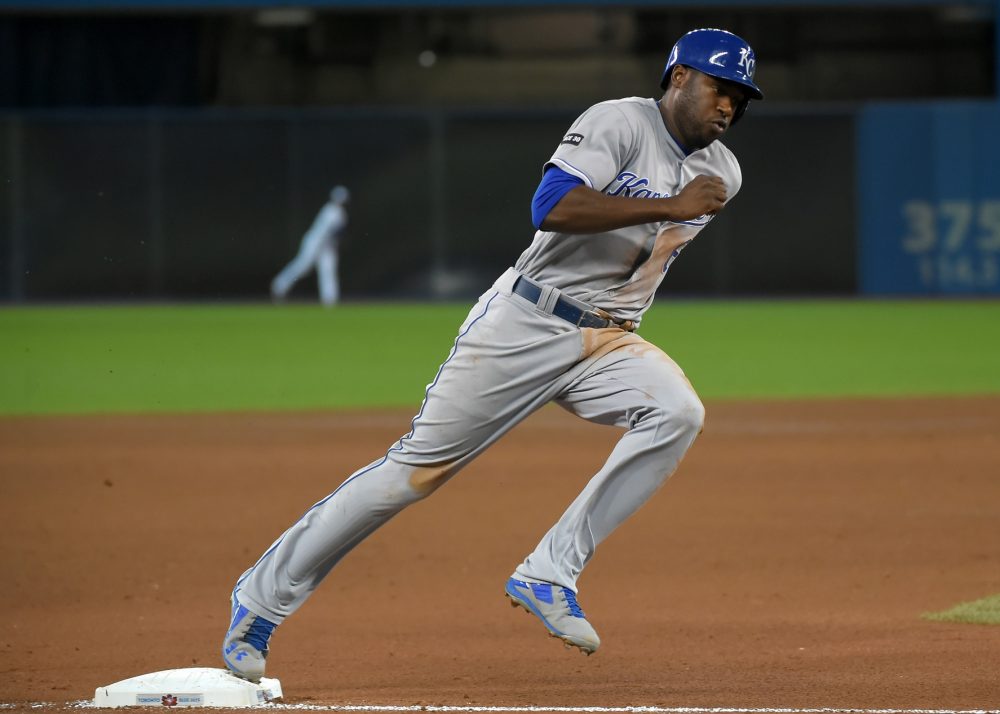 The most jarring thing about this Hot Stove season has been the silence. It’s not merely the lack of signings or trades; there was also a prolonged period without the usual number of interesting rumors. Things are picking up on that front now, even as the market continues to yield little actual activity, but for a handful of weeks we didn’t even get a good sense of which teams were pursuing which players, nor of those players’ asking prices. Because of that, there remains a lack of good information on even a few of the most important free agents. To wit: it seems no one has any clear idea of who is seriously pursuing Lorenzo Cain, nor for what price he will eventually sign.

Whenever the dust settles, however, it looks more and more like Cain will be the bargain buy of the winter. There are many potential explanations for the lack of enthusiasm that has allowed him to sit on the market for this long, but no good ones. Cain is, quietly, a later-blooming, slightly injury-prone Kenny Lofton. He’s as good a bet to be an average-plus player over the next five years as any remaining free agent, including the guys (Eric Hosmer and J.D. Martinez, at least) who seem certain to get way more money and longer deals.

It’s easy to see Cain’s red flags, but harder, perhaps, to see the things that make taking those risks worthwhile. Principal among teams’ concerns about Cain, of course, is his age. He’ll turn 32 in April, and since his elite speed is one major source of his value, teams are especially circumspect about investing in him into his mid-30s. In reality, however, Cain is so well-rounded (and applies his athleticism so well to all facets of the game) that his age really is just a number.

Since the strike of 1994-1995, our database shows just 24 player seasons in which a player aged 29 or older had at least 300 plate appearances as a center fielder, was at least two runs better than average on the bases (BRR), and was at least five runs above average with the glove (FRAA). Here’s the list:

Cain is already exceptional. Over the last quarter-century, only he and Lofton have been consistently plus baserunners and plus defensive center fielders at this age. Maybe that just makes teams even more likely to shy away, since it suggests that Cain would be shattering historical precedent if he sustains that value, but the point here is that he’s largely done so already. His sprint speed score of 29.1 feet per second from last season was among the fastest in baseball, and in the three-season sample Statcast has yielded so far, only Jarrod Dyson (twice), Rajai Davis, and Paulo Orlando have turned in sprint speeds at least that fast at age 31 or older.

Another source of potential anxiety for Cain suitors could be the shape of his offensive production. Over the last three seasons, he’s posted an .801 OPS, but his .343 BABIP fueled that, and no one likes to trust hitters whose success is fueled by BABIP. But maybe they should. Since the strike, Cain is the 29th player to post a BABIP over .335 from ages 29 through 31, while batting at least 1,500 times. For the other 28, that skill held up better than one might expect, given the aging curve we all observe for BABIP in the broad population of players. Twenty of the 28 had a BABIP north of .315 from ages 32 through 34. That’s a decline, sure, but it indicates that a high-BABIP player is likely to see that BABIP remain higher than the league average well into his mid-30s.

Cain’s offensive value also isn’t as dependent upon that skill as his reputation says. He’s evolved, especially over the last year-and-a-half. Over the last three years, his slugging percentage is .445, and his isolated power is .146. His swing is far from perfect, but there’s leverage in there, and power flows naturally from his sturdy frame. More importantly, however, he’s taken some vital forward steps when it comes to plate discipline. Cain got more selective in 2017, more willing to spit on pitches out of the zone away. He got much better, in particular, at maintaining his approach as he got deep in counts. As a result, his walks spiked, to a career-high 54. (It’s not close, either; he wasn’t this kind of hitter before about mid-2016.) Pairing that approach with his natural feel for contact makes him a very dangerous hitter, especially if he moves on to some place where his power will play up.

In our database (which, for these numbers, goes back to 2008), we have only 40 player seasons in which a batter who saw 2,000 or more pitches had an overall contact rate of at least 80 percent, swung at pitches in the zone at least 65 percent of the time, and swung at pitches outside the zone less than 32 percent of the time. Buster Posey accounts for three of those; Derek Jeter accounts for five. Daniel Murphy got there in 2014, Anthony Rizzo in 2015. David Ortiz and Francisco Lindor in 2016. There are some mediocre hitters on the list, but the huge majority of players who demonstrate this kind of command of the strike zone (combined with the lack of swing-and-miss) are very, very good, and give opposing pitchers headaches. In 2017, Justin Turner and Joey Votto met these criteria for the first time, and so did Cain.

Now, Cain’s swing is still a problem. He can be beaten by well-located soft stuff away, especially low and away. He hits the ball on the ground a lot, and although his average exit velocity on balls classified by MLB Advanced Media as “topped” (basically, balls beaten right into the dirt) was a league-best 89.1 miles per hour, that’s a problem. In fact, because Cain hits his grounders so hard, he’s more prone to double plays than any hitter as fast as he is ought to be. On the other hand, that signifies that those grounders are part of his plan—that he would rather hit the ball hard, even if it’s not likely to yield excellent results, than whiff or pop up weakly. Cain’s contact skills are the secret source of his value, and it’s another reason (one not weighed heavily enough, in general) to believe that he’ll age gracefully.

Recall the Jayson Werth deal. Werth hit free agency after his age-31 season, with a small handful of very good seasons under his belt. Like Cain, injuries and foolishness on the part of the team trying to develop him delayed Werth’s establishment as an everyday player, but he was a guy with a broad base of skills and tremendous overall athleticism. He signed a seven-year, $126 million deal with the Nationals, to the shock and chagrin of many observers. Over the life of that deal, however, Werth was worth 16.9 WARP, meaning that the Nationals paid about $7.4 million per win—hardly a bust, especially considering that much of that value was concentrated in the first four seasons of the term.

Cain is unlikely to even approximate Werth’s payday. It would be no surprise, now, if he were forced to settle for, say, a four-year deal worth $80 million. At that price, he would be an outlandish bargain, and if he comes in even lower, he’s going to give some organization a huge boost. Hopefully, wherever he lands, he will find a brighter spotlight, and his star-caliber talent can begin to receive more star-caliber attention.

You need to be logged in to comment. Login or Subscribe
deadheadbrewer
Consider my eyes opened to the wonder that is Lorenzo Cain. Maybe if Darvish shuns the Twins, they can quickly throw that $170M at Cain (to go alongside Buxton [drool.]), Cobb, and Addison Reed, and be better overall than they would have been with just Darvish? Good piece.
Reply to deadheadbrewer
ofmontreal
Wow! So I love all this until we get to 4/80 being a bargain part. Maybe I have drunk the kool-aid but that actually sounds right to me. Maybe the most difficult part of the valuation shift this off season is observers NOT SEEING outrageous overpays. Salary caps are painful.
Reply to ofmontreal
oldbopper
If Cain had already received 4/80 offer then this article would not have been written. 3/50 seems a little more likely. It is a really funny hot stove. The top teams can't spend and the mediocre teams won't waste money chasing the super teams
Reply to oldbopper
Eric Naftaly
SF Chronicle sports columnist Bruce Jenkins suggested today that the relative lack of interest in Cain stems from his status (and also Moustakis's and Hosmer's) as a player who received a qualifying offer from his current club -- thus costing the signing team two draft choices in the first five rounds, plus part of their international spending allowance.
Reply to Eric
Todd Treichel
"if he were forced to settle for, say, a four-year deal worth $80 million. At that price, he would be an outlandish bargain"

Pretty darn close, and the Brewers hope you're right.
Reply to Todd