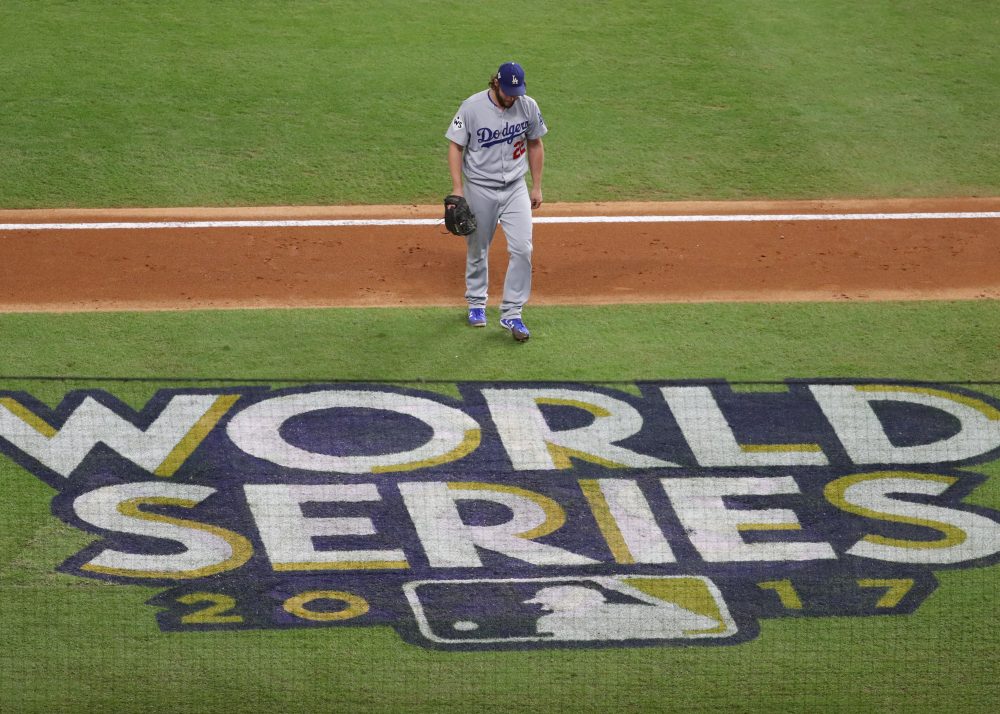 Try as we might, some people will always see us the same way

For the first 18 or so years of your life—maybe a little less, maybe (though you hope not) a lot more—nobody knows you as well as your parents, or whoever raised you. It’s only natural. They knew you when you were completely helpless, and they watched you grow up. They saw how your personality and identity developed. Even as you did your best to get your distance from the time you were, oh, 12 or 14 or so, you still spent most of your time under their roof. They still drove you to where you wanted to go. They knew you.

Then, as you get out on your own, that starts to shift. You’re not done changing, but they’re no longer there in the box seats behind home plate. You develop relationships with roommates, with friends, with romantic interests. Eventually you might find a long-term relationship. You develop close contacts at work. Your interests lead you to meet new people. All of these change you from the person who moved out of your parents’ house.

But to your parents, you’re stuck. Yes, they stay in contact with you, know what’s going on with you. They probably meet the important people in your life. But they can’t possibly keep track of the person you’ve become, because they don’t have the prominent role in your life they used to have.

So, necessarily, they tend to see you the way you were when you were a kid. They get it that you have a career and a mortgage and tax returns and a spouse and kids, but a lot of parents will see that through the lens of how you were when you lived with them. It’s sort of like going to a high school reunion after you’ve moved away from your hometown: Your only frame of reference is how people were when they were 18. A lot of them aren’t that way anymore. You aren’t that way anymore. But your parents might relate something you tell them to something you said or did when you were 6, or in middle school, and that’s just not right.

Yet, like your parents asking about the best friend in high school with whom you haven’t had contact in years, or preparing the foods you liked before you learned about fresh vegetables and saturated fats, some fans see only the Kershaw that they remember. Postseason Kershaw.

Postseason Kershaw has generated some bad takes. I mean, some really terrible takes. Not that he’s been great. He started four games against the Cardinals in the postseason and allowed a 7.14 ERA, surrendering 24 hits and five walks in 22 2/3 innings. Yes, no bullpen and short rest and everything, but a 7.14 ERA is a 7.14 ERA. Going into last night’s 10-inning, 5-hour-and-17-minute, 14-pitcher, seven-homer 13-12 extravaganza, he was turning the narrative around. In four postseason starts this year, he’d allowed a 2.96 ERA, striking out 27 in 24 1/3 innings while allowing only 20 baserunners. All of the people who didn’t see him for the adult he’s become, instead remembering the awkward, ungainly time in 2014 when he blew a 6-2 lead and, four days later, had a shutout until he allowed a three-run homer to Matt Adams (a lefty!) to end the Dodgers’ hopes—it was time for them to get over it. It was like your parents talking about the time you cried because you didn’t want to go to sleepover camp. Enough already.

It started, like your parents’ memories of you, long ago. Kershaw’s first full year in the majors was 2009. Just 21, he was fifth in the league in ERA and in strikeouts per nine innings and allowed the fewest hits per nine innings and the second-fewest home runs per nine. The 95-67 Dodgers won the National League West by three games over the Rockies. He started a game in the Dodgers’ three-game sweep of the Cardinals in the Division Series, advancing to a Championship Series matchup with Philadelphia.

Kershaw started the first game and had a 1-0 lead in the top of the fifth. He’d allowed a single and two walks over four innings, striking out two. He’d thrown 56 pitches. After a called strike and a ball to Raul Ibañez, he allowed a single on his 59th pitch of the game. And then things completely fell apart.

He faced seven more batters. He allowed a wild pitch, a walk, a home run, a walk (to pitcher Cole Hamels!), a fielder’s choice, a strikeout, two wild pitches, a walk, and a double. As he left the game, the Dodgers trailed 5-1 and would go on to lose the game 8-6 and the series 4-1.

That’s the Postseason Kershaw origin story: A strong, if not sensational start that went sideways on the 59th pitch.

Last night, he faced the Astros, a team that he’d handled easily in the Series opener. He faced the minimum number of batters over the first three innings, as Evan Gattis, who’d singled, was erased on a double play. He’d struck out only one batter, and gotten only two whiffs on the 39 pitches he threw, a 5 percent whiff rate compared to 15 percent in the regular season, but he’d thrown first-pitch strikes to eight of the nine batters he’d faced.

He had a 4-0 lead heading into the bottom of the fourth. George Springer drew a five-pitch walk, but Alex Bregman flew out. Jose Altuve singled, but there was still no panic. His pitch count was now 56, but he still had a four-run lead. And:

When his team scores at least 4 runs while he’s in game, including postseason, Clayton Kershaw is 100-1 with a 1.94 ERA.

And then Carlos Correa, after a swinging strike, hit a double to left, scoring Springer and moving Altuve to third. Things were getting a little tense now, but Kershaw still had a nice cushion, and he was facing Yulieski Gurriel, who had three singles in 16 plate appearances in the Series, including 0 for 3 with two strikeouts against Kershaw in the opener.

His pitch count was 58. The next pitch would be his 59th, the same pitch on which Ibañez hit the single in 2009 that gave birth to Postseason Kershaw. Here’s that 59th pitch on October 29, 2017, eight years and two weeks after the 59th pitch in the opener of the 2009 NLCS:

He retired the next four batters before walking two with two outs in the fifth. Then, in a nod to those explanations for your youthful slipups that your parents never remember, he was betrayed by his bullpen, as Kenta Maeda relieved him and gave up a home run to Altuve.

Of course, there were many more pitchers and runs to follow. And you and I think Clayton Kershaw‘s great, and Clayton Kershaw’s friends think Clayton Kershaw’s great. But like the way your parents keep reminding you of how bad your were at ice skating or how you couldn’t say r until second grade, there are some people who can’t help but remember him only one way. And all the eye-rolls and puh-leezes in the world aren’t going to change them. He’ll always be the kid who couldn’t get past that 59th pitch. 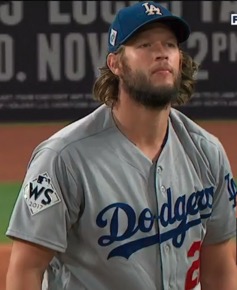