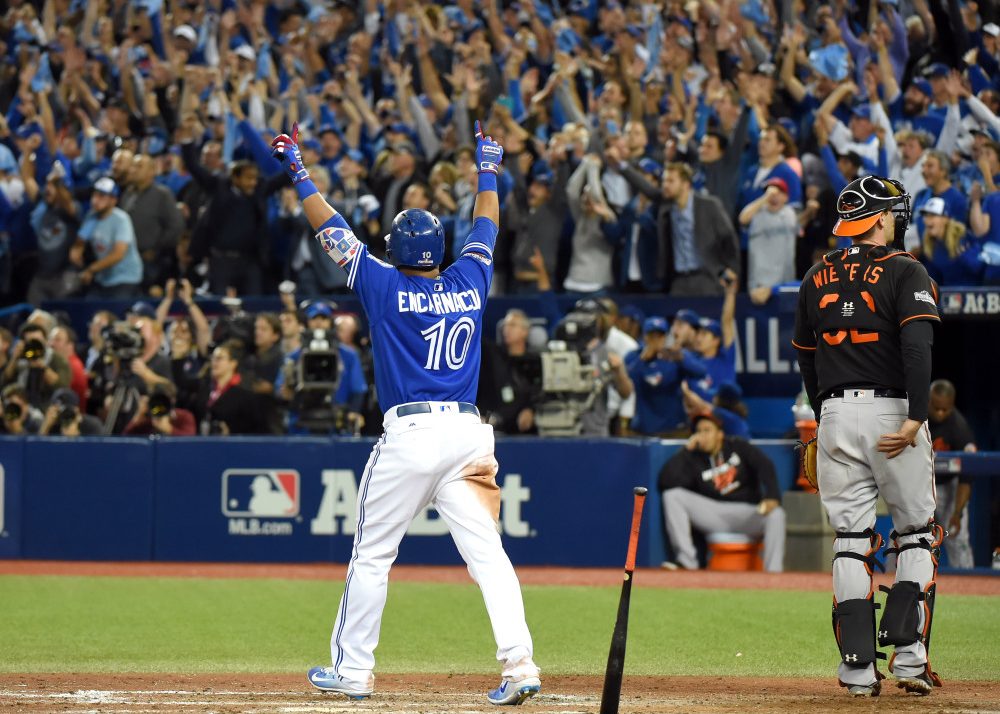 On Sunday night, the Dodgers walked off the Cubs, as Justin Turner hit a walk-off three-run homer to win the game 4-1.

This was, as we were reminded incessantly, the 29th anniversary, to the day, of Kirk Gibson’s walk-off home run to beat the A’s, 5-4, in the first game of the 1988 World Series. So it was a nice anniversary for Dodgers fans, and a reminder that the 1988 season was the last time the team won the World Series.

There was a big difference between the walk-offs, though. Gibson’s home run was hit off Dennis Eckersley, whom A’s manager Tony La Russa had brought in for the ninth inning to preserve Oakland’s 4-3 lead. This was Eckersley’s first big year as Oakland’s closer, and he led the league with 45 saves, striking out 70 and walking only 11 in 72 2/3 innings, compiling a 2.35 ERA. He finished second in the Cy Young voting and fifth in the MVP voting. Nobody could fault La Russa for bringing him in.

By contrast, the Cubs pitcher on the mound was John Lackey, who led the National League with 36 home runs allowed. Cubs closer Wade Davis was still in the bullpen. “I really needed him for the save tonight,” Cubs manager Joe Maddon commented after the game, bringing back memories of Orioles manager Buck Showalter leaving his premier reliever, Zach Britton, in the bullpen during his team’s Wild Card game loss to the Blue Jays last year.

Rather than bring his closer, who had a 0.54 ERA during the season, into a game on the road in a non-save situation, Showalter used six other relievers, ultimately bringing Ubaldo Jimenez into the game in the 11th. Jimenez allowed two singles followed by a game-ending home run to Edwin Encarnacion. (In partial defense of Maddon, Davis had pitched 2 1/3 innings in the Cubs’ NLDS clincher three days earlier, the longest relief outing of his career.)

So giving up a walk-off home run in the postseason is bad! And giving it up with a less-than-stellar pitcher on the mound, when a better option existed—like Davis Sunday night and Britton last year—is worse. How often did that happen?

To answer, I looked at all 50 walk-off home runs and determined whether they were allowed by a team that had a better option sitting out in the bullpen instead of the pitcher who gave up the walk-off. By and large, I couldn’t fault the manager. As with Gibson’s blast, several came off the opposing team’s closer. Many walk-off homers—Carlton Fisk’s in the 1975 World Series, David Freese’s in the 2011 World Series—came in extra innings, when their opponents had already used their best bullpen options.

In fact, I found only nine examples of walk-off homers that really called the manager’s judgment into question. And that’s all I’m doing—questioning.

1979 ALCS Game 1. Angels manager Jim Fregosi lifted Nolan Ryan after seven innings against Baltimore, replacing him with righty John Montague. Montague got through the eighth and ninth innings easily, allowing only a walk to Eddie Murray. In the 10th, he allowed a leadoff single to Doug DeCinces, who was sacrificed to second base. After getting the second out via a fly ball, Fregosi intentionally walked Al Bumbry, who batted left, to get to light-hitting shortstop Mark Belanger. Earl Weaver sent in John Lowenstein to pinch-hit for Belanger. The lefty-swinging Lowenstein had extreme platoon splits, with a .526 OPS against left-handed pitchers but a .764 OPS against righties over his career.

At this point, Montague had pitched 2 2/3 innings. He had a 5.51 ERA during the season, split between Seattle and California. A three-inning appearance on September 6 was the only time among a dozen September appearances in which he pitched more than 1 1/3 innings. But Fregosi stuck with him in his third inning of work, even though closer Mark Clear (3.63 ERA) hadn’t pitched in four days. Lowenstein’s home run ended the game. The Orioles would won the series, 3-1.

2003 World Series Game 4. Alex Gonzalez won the fourth game for the Marlins with a walk-off homer in the 12th off Jeff Weaver, the Yankees’ fourth pitcher that night. Mariano Rivera had logged a two-inning save the night before and was unavailable, and both Jeff Nelson and Jose Contreras preceded Weaver. But lefty reliever Chris Hammond (2.86 ERA in 62 games) hadn’t yet pitched in the series. But mnager Joe Torre called on Weaver, who had a 5.99 ERA for the year, 8.29 in the season’s final two months, and 9.26 as a reliever. Florida took the series in six.

2004 ALDS Game 3. David Ortiz hit a two-run homer off Jarrod Washburn in the last of the 10th to complete a Red Sox sweep over Anaheim. Washburn came into the game after with two outs and a runner on first for a lefty-lefty matchup with Ortiz. In 2004, Washburn limited left-handed batters to a .683 OPS. Troy Percival was left sitting in the bullpen. The Angels’ saves leader that year, Percival allowed a higher .727 OPS to lefties. But Washburn, a starter, hadn’t appeared in a major-league game as a reliever in five years when manager Mike Scioscia called on him.

2011 ALCS Game 2. The Rangers’ Nelson Cruz hit the only walk-off grand slam to beat the Tigers in the second game of the ALCS in the 11th inning. He hit it off Detroit’s Ryan Perry. Jim Leyland had already used his top three relievers, righties Jose Valverde and Joaquin Benoit and lefty Phil Coke. But righty Al Alburquerque (1.87 ERA, 67 strikeouts in 43 1/3 innings) and lefty Daniel Schlereth (3.48 ERA, 44 Ks in 49 IP) watched from the bullpen as Perry (5.35 ERA, 24/21 K/BB in 37 IP) allowed three straight singles and Nelson’s blast without retiring a batter. The Rangers won the series in six.

2012 ALDS Game 3. This unforced error by Buck Showalter proved fatal, as the Yankees took the series 3-2. The 2012 Orioles had an amazing bullpen, with five relievers (Jim Johnson, Luis Ayala, Darren O’Day, Pedro Strop, and Troy Patton) with an ERA of 2.64 or lower. However, Brian Matusz, 4.87, was not one of them when he took the mound in the 11th inning. He retired the side but allowed a home run to Raul Ibanez on his first pitch in the 12th. Only Johnson and O’Day appeared in the game. The others were all rested.

2012 NLDS Game 4. Cardinals closer Jason Motte was well-rested, having not pitched in four days, as St. Louis’ 1-1 game with the Nationals entered extra innings. But this wasn’t a save situation, so manager Mike Matheny called on Lance Lynn, who’d allowed two runs in three innings in the second game of the series, to pitch the 11th. He worked a full count to Jayson Werth before Werth ended the game with a line-drive homer. The Cardinals won the following day to take the series.

2014 NLCS Game 5. Matheny got away with his questionable bullpen move in 2012. He didn’t in 2014. Trailing the Giants three games to one, he called on Michael Wacha to pitch the bottom of the ninth in a 3-3 game. Wacha had returned from a long injury layoff with a shaky September, posting a 5.40 ERA and an 11/7 K/BB in 16 2/3 innings. With one out and runners on first and second, Travis Ishikawa ended the game and the series with a home run. Closer Trevor Rosenthal didn’t pitch, nor did setup man Carlos Martinez.

The remarkable thing about this list? All but one of the cases of apparent bullpen mismanagement occurred in this century. Granted, the expanded postseason yields more games in which this sort of thing can happen. But the lessons are apparently hard to learn.

You need to be logged in to comment. Login or Subscribe
EMielke
The 2012 adds orioles and yanks was won by the yanks not the Orioles
Reply to EMielke