Each player who draws interest does so in a particular way that speaks to his artistic philosophy and personal history. Recently, we collected some of of these drawings of interest, and we now present to you an exhibit of three of them. These players' drawings of interest will likely be on display throughout the month of January and, depending on demand, perhaps into spring training. 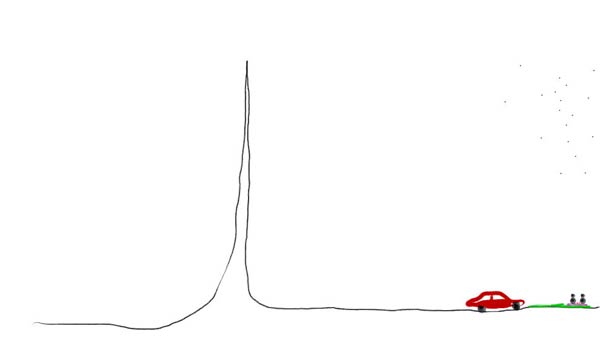 The artist (born 1977) is a second baseman originally from Hollywood, CA, who has been part of the San Francisco movement since 2009. Like many artists battling demons, he has spent much of that time in and out of rehab, and is perhaps best known for his ability to continue drawing commercially successful works despite having no shoulders anymore. Freddy Sanchez Drawing Interest is his first public appearance since 2011.

When the artist is healthy, he has primarily focused on miniaturized replicas of human accomplishment, such as groundballs that selflessly advance others at the expense of the artist’s own ambitions; these works are often considered quite valuable by other artists but largely worthless by the marketplace. They don’t show up in any box scores, for instance, which is considered a feature by some, evidence of their ephemerality by others.

Freddy Sanchez Drawing Interest is a more ambitious work. Taking as its spiritual progenitor the recent report that “roughly 20 teams have asked to see Sanchez’s medical reports,” the piece is a fully formed narrative, read from left to right and conveying the mathematical clarity of a line chart. In the resolution, Sanchez and his final suitor share a picnic; if you squint you can see that they are drinking Cokes for some reason. It is a celebratory moment, burdened by the fact that they are obviously now trapped: unable to return or move onward, pinned in by the cliff on the left and the eternal unknown on the right. There is no going back, the artist seems to be suggesting. Victory is bondage.

The birds circling above could be considered a reference to Winslow Homer’s avian-themed “Right and Left,” but hint at the darker possibility that these picnic-crashers are eager vultures. Despite the largely ambivalent tone, the piece is considered a caustic response to a little-known 2012 work Freddy Sanchez Should Call It A Career And Retire Already, in which an amateur artist threw a bunch of feces against a canvas in hopes of getting attention.

2. Jason Giambi Is Working Out And … Drawing Interest 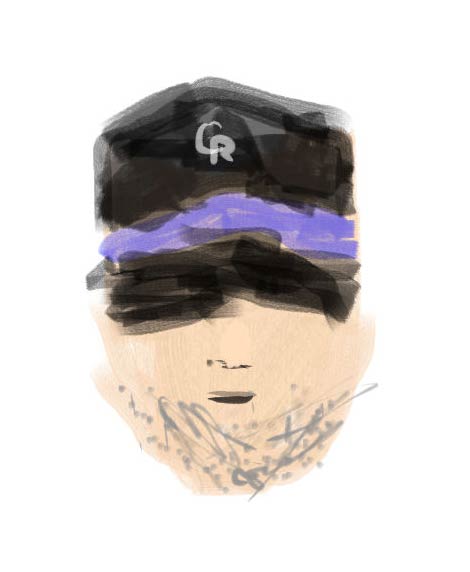 The artist (born 1971) is a hitter originally from West Covina, CA who has recently been a minor figure in the Colorado scene. He is notable for drawing interest while also working out and making blended drinks.  Jason Giambi Is Working Out And … Drawing Interest is a loathing self-portrait that captures the fragmented nature of man and the lonely sense of dislocation exposed by middle-aged masculinity.

The artist was formerly a superstar in his profession, transforming a fairly narrow skillset into a broad, Homeric vision of conquering excess. After enthralling a small Northern California art hamlet with his early-career productions, he was appropriated by New York City's more competitive culture. That fitful arrangement ended in 2008. Since then, he has been content to be mostly out of the public eye, accepting smaller commissions that betray his winnowing sense of ambition and recognition that an artist’s inspirations are parched and exposed by time. His most recent works have been performance-art meditations on old age, public displays of inactivity and exaggerated passivity. The 2012 piece Jason Giambi Hits .225/.372(!)/.303 had an admirable charm, though the utility of it has been debated. Another work in the series, Jason Giambi Hits .214/.352(!)/.250 Away From Coors Field, was seen as a potentially career-ending provocation of traditional artistic values. The very existence of Jason Giambi Is Working Out And … Drawing Interest has shocked some in the art community, though most others have failed to notice it at all.

The portrait captures the artist’s current vision of himself as a decapitated head. The viewer is left to wonder where the body is now, but whether rotting in the earth, dismembered and fed into a woodchipper, or scorched into a jar of ashes, it is useless to all born of woman. All that remains is a head and its accessories: brain, mouth, graying beard, and, obscured by dark shadow, two eyes, capable of watching pitch after pitch pass uncontested. 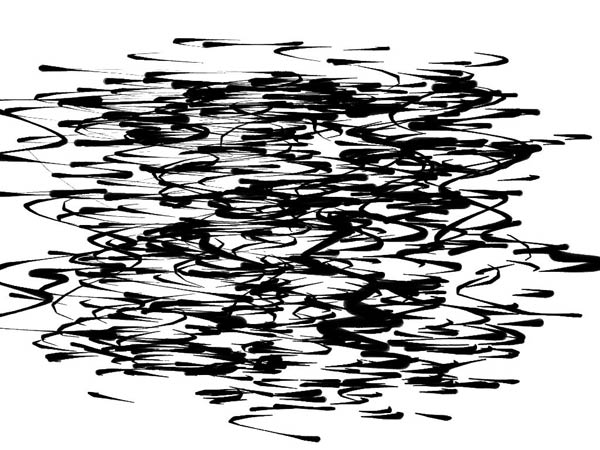 The artist (born 1976) is originally from Riverside, CA, though he now follows a nomadic and dispassionate path: it is said he moves from town to town with no home or possessions or loved ones at all, other than the clothes on his back, the $800,000 he receives annually, a healthy per diem given to him by the professional baseball team in whichever city he chooses to reside, the lease on an expensive apartment, and his wife, Lyndi. His ascetic detachment is apparent in Adam Kennedy Drawing Interest, an inspiring take on the dissociative turmoil felt by war-weary citizens in modern-day Rome, distracted by the

Naw not really it’s just a bunch of stupid noise and it doesn’t mean anything. Anyway, Adam Kennedy might be retiring, which will surprise no one. His drawing isn't very good.

You need to be logged in to comment. Login or Subscribe
Lindemann
It is rare to see a stupid pun as extensively and inventively worked out as this. I salute you, Sam Miller.
Reply to Lindemann
riverz
Sam Miller: not content to be master merely of the GIF, here he reviews both original art and bygone baseball careers with double entendre. The accomplishment may be pointless, but on a January morning, most welcome.
Reply to riverz
beaunose
Still a work in progress: Brian Wilson Drawing Interest
Reply to beaunose
AndrewKoo
Amazing. It's going to be hard to not think of this whenever I see 'Player X Drawing Interest' now.
Reply to AndrewKoo
dtisch30
this was fantastic. well done Sam.
Reply to dtisch30
NumberPower
How does Sam Miller do it?! Give this man a MacArthur grant right now.
Reply to NumberPower