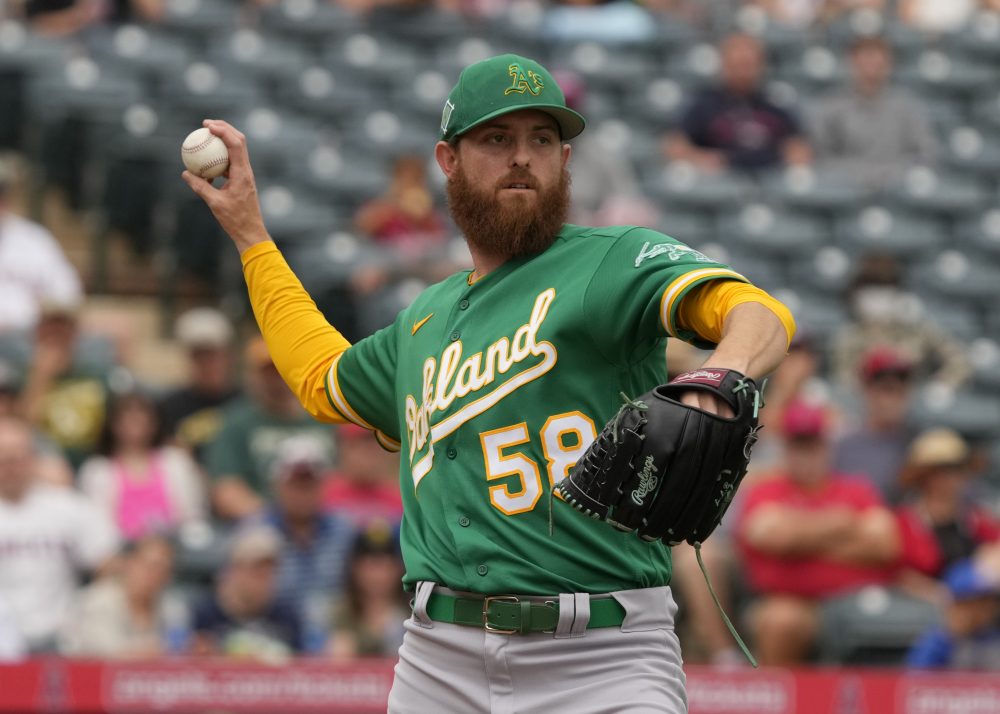 Welcome back to the FAAB Review, the column that reviews the goings on in multiple analyst leagues in the hopes we can help you with your own FAAB bidding process and habits. This column will mostly focus on The Great Fantasy Baseball Invitational (TGFBI), a contest that contains 31 leagues of 15 teams each and crowns an overall champion. We’ll look at the 10 most popular FAAB buys in those leagues every week. We’ll also focus on some highlights in Tout Wars AL and LABR NL, two deeper industry leagues.

MacKenzie Gore $158 ($332, $21)
Gore kind of, sort of fell off the prospect radar after a lost 2020 due to the pandemic and an almost-lost 2021 due to a year mostly spent at the Padres’ minor league complex, with ineffective performances when he did pitch in the minors. As Jarrett Seidler aptly put it in his call-up piece on Gore last Friday, “the delta here is enormous.” Gore could return to being a lights-out arm we all drool about during every start or he could struggle in his next big league start and find himself back at Triple-A. He was fine in his major league debut against Atlanta, but not amazing, and threw way too many four-seamers (72.6 percent). He gets a good matchup this week against the Reds and is worth starting in 15-team mixed leagues. I bid $107 for Gore in my TGFBI and got him. I’m willing to gamble on the potential and move on quickly — despite the triple-digit bid — if it doesn’t work out.

Owen Miller $67 ($151, $13)
Miller fizzled in 202 awful plate appearances in his first go-round in last year, but the formidable hit tool skills with which he garnered notice as a prospect in 2021 didn’t just disappear. He’s not going to hit over .500, but the fast start combined with the ineffectiveness of Bobby Bradley and Andrés Giménez locks Miller into regular playing time in the short and medium term. A .260 AVG with 15 homer power and a few steals is a reasonable expectation, and it wouldn’t surprise me to see him get 20 dongs. Miller is an MI upgrade in 15-teamers for most squads and worth a moderate FAAB bid to see if he can prolong the magic.

Hansel Robles $53 ($127, $11)
Jake Diekman $37 ($150, $1)
Matt Barnes’ Spring Training struggles have carried over into the regular season, so the Red Sox closer job is up for grabs. Diekman and Robles each have a save, and either could grab Boston’s job full time. Or neither one of them could grab the job, and it could be someone else. I think that’s all the things. I lean Robles since he’s the righthander and the Red Sox have trusted him in the past but both relievers are shaky fantasy investments. I might bid $10-15 on Robles or Diekman in this format if I really needed to speculate. Don’t roster both unless you have a deep reserve list.

Taylor Ward $52 ($150, $17)
Feel free to sneer at the Angels’ decision to hand Ward a full-time job and relegate higher-end prospects Brandon Marsh and Jo Adell into a platoon. While you’re doing that and getting your snarky little comment in on social media, I’ll be scooping up Ward in leagues where I need outfielders. He has decent power, a little speed, and won’t kill your batting average. Ward’s fantasy relevant numbers didn’t do much to move the needle last year, but his real-life OPS was slightly above average. He could easily take the Jared Walsh path, where his gaudy PCL numbers mostly translate to major league success despite the belief that he isn’t going to pull it off. For what it’s worth, J.P. Breen and Tim Jackson hinted at these kinds of possibilities last year.

Michael Lorenzen $50 ($112, $11)
A fungible reliever/spot starter entering 2022, Lorenzen thrived in his Angels debut by transitioning from a variegated pitch approach to relying heavily on his sinker. One challenge Lorenzen will have is that once the scouting reports catch up to the altered approach hitters are likely to lay off the pitch in the hopes that it doesn’t stay in the zone, allowing them to wait for anything else to attack. I like Lorenzen as a spot starter – even in a matchup at Houston this week – but I’m not buying into him as viable in a mixed-league on a regular basis until I see him repeat his results over a few starts. That means I probably won’t get him anywhere. Oh well.

Paul Blackburn $41 ($122, $6)
Blackburn has mostly been ignored by fantasy players (he was only rostered in 15 percent of CBS leagues as of last night) but has generated buzz among fantasy analysts thanks to good results, an increase in fastball velocity, and a radical revamping of his pitch mix. Ninety-two mph doesn’t make Blackburn an automatic bet for success, but the shift from a slider to a cutter has helped Blackburn a lot in his first two starts. This won’t keep up, but in leagues where you can stash Blackburn he is worth a speculative add to see if he can keep it up.

Oscar Mercado $36 ($91, $6)
Mercado burst onto the fantasy scene in 2019 thanks to a 15/15 season in under 500 plate appearances that was viewed dimly by some who saw a subpar adjusted OPS and underwhelming batted ball data, and didn’t see much of a future for him. Sadly, the last two years mostly proved the skeptics correct. Mercado has reentered our fantasy consciousness in 2022 thanks to three home runs in his first 29 plate appearances, which combined with a weak Guardians outfield makes him an instant FAAB candidate. However, Mercado’s new approach is just him selling out for power and swinging and missing at lots of pitches. It could work, but he isn’t going to last when and if pitchers figure out they just shouldn’t throw him strikes.

Brad Keller $33 ($110, $1)
Keller spent his offseason working with the Royals coaching staff on adding a workable change to his repertoire, and this combined with a slight increase to his fastball velo has led to solid results thus far. There still is far too little separation between Keller’s heater and change, and while I like him long-term, I’m reluctant to add him outside of AL-only, even with the gaudy ERA in two starts.

Maikel Franco $22 ($215, $1)
While I understand why you might be reluctant to believe in Franco, there is precedent for this kind of sudden rejuvenation. After a promising rookie season in 2015 followed by multiple disappointments, a young prospect busted out in April 2019, mashing seven home runs with an .844 OPS, finally turning the corner and proving that we should always be wary of writing players off too quickly or completely ignoring strong April starts. Except that player was this player, and the 2019 version of Franco hit a dismal .227/281/.374 after April 30. This doesn’t mean that Franco’s hot start to 2022 isn’t a sign of better things to come, but it does mean that your FAAB bet should be modest, and you shouldn’t assume that Franco is going to solve your Cavan Biggio or Alec Bohm problem at the hot corner.

There was a good deal of competitive bidding without any aggressive bids this week in Tout AL. Larnach gets a shot at the good side of an outfield platoon in Minnesota while Alex Kirilloff nurses his recurring wrist injury. He looked overmatched in a shade over 300 plate appearances in 2021 but offers 15-20 home run power potential if he can tame the whiffs.

Collins and Alejandro Kirk are splitting time at DH and catcher for the Blue Jays, with Collins getting most of the reps at DH. His minor league power never translated to the majors and he’s already 27, but catchers sometimes take way more time to develop offensively. Collins is a decent short-term AL-only add.

It drops off quickly in AL-only, and from Heim on down there are a lot of pitching question marks and very few part time hitters to add.

Pujols has picked up three starts at DH and is going to start almost exclusively against southpaws for the Cardinals. Aquino is starting in left for the Reds while Nick Senzel is on the IL with flu-like symptoms. Peterson looked awesome against the Diamondbacks yesterday, but I couldn’t tell how much of that was a step forward by Peterson and how much of that came from the benefit of facing the Diamondbacks offense.

You need to be logged in to comment. Login or Subscribe
wolverine
THANK YOU so much for moving this column back to Mondays!!! It's the difference between a super informative help in making one's FAAB bids vs. doing a post mortem after submitting one's FAAB bids. Really appreciate it!
Reply to wolverine