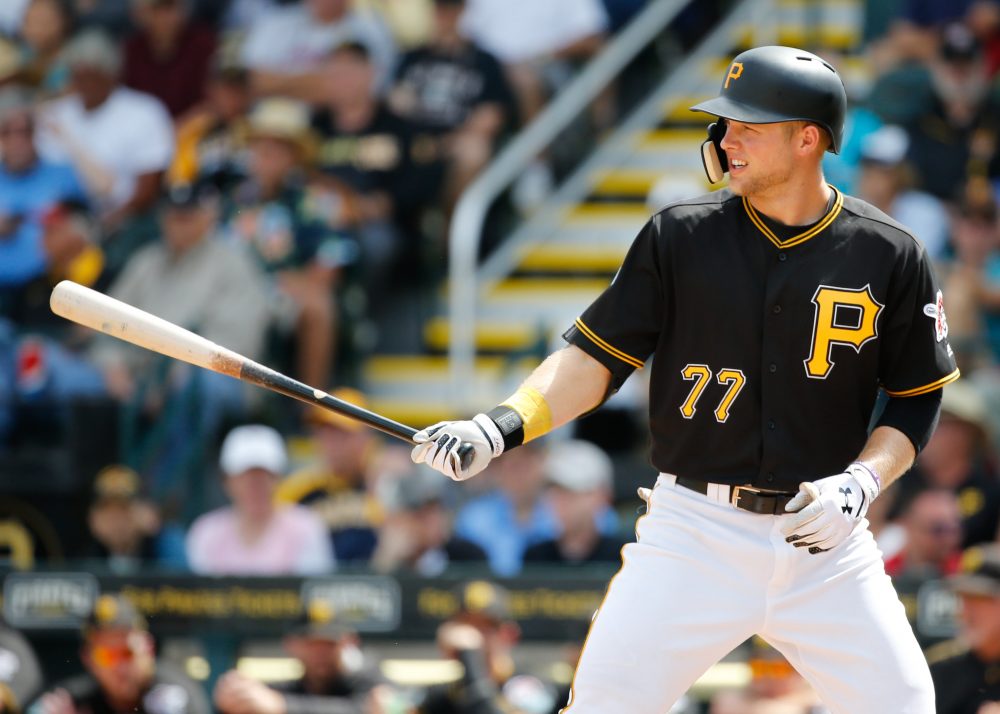 The Situation: Starling Marte is dealing with an oblique issue, so the Pirates need some additional outfield depth. I guess this proves once again that prospect call-ups are more often based off team need than the player forcing the issue, or perhaps it speaks more to where Austin Meadows is now as a prospect.

The Background: Meadows was selected ninth overall in the 2013 draft by the Pirates. He was one of two notable Georgia prep outfielders that year, and his progressed has been compared with Clint Frazier’s ever since. Frazier beat him to the majors, but it didn’t always look like that would be the case. After a successful pro debut that summer, hitting .316/.424/.554 between two short season levels, Meadows started 2014 in the South Atlantic League. He was limited to just 38 games there due to a hamstring injury, and lower body injuries would be a recurrent theme throughout his minor league career. Back on the field in 2015, he hit .300 in Bradenton and followed it up with a strong 2016 campaign between Altoona and Indianapolis. Notably in 2016 we started to see a bit of the power projection actualize, but he again missed significant time due to an orbital bone fracture in spring training and another hamstring tweak. 2017 saw more hamstring issues, and he struggled at Triple-A even when he was on the field. He’s off to an okay start in 2018, but the projected game power has yet to re-materialize in the last two years.

Scouting Report: Meadows was drafted as a potential five-tool center fielder and while those tools have flashed over the years, he’s never really put it all together for a full, healthy season. That makes him a tricky projection going forward. Here’s what we do know: Meadows is still a good bet to be a plus hitter due to above-average bat speed and barrel control. He’s shown above-average raw power in the past, but has never been able to consistently lift the ball in games. He’s split time between left field and center this season, and is likely a left fielder in the majors, although he should be above-average there. The arm is below-average, but enough for center in a pinch. This sure sounds like a tweener profile. Maybe the hit tool allows enough of the power to play in games that he’s a solid-average regular, but in most respects, Meadows remains a known unknown.

Immediate Big League Future: It’s not clear that Starling Marte will even hit the DL, but Meadows could see time in left and center for the big club in the short term. He’s spent parts of three seasons in Triple-A now (albeit only compiling about a season’s worth of plate appearance) and his advanced hit tool should smooth out some of the bumps in the transition, but this is likely not a long term assignment regardless. —Jeffrey Paternostro

Fantasy Impact: While Marte is out, Meadows will probably play center field against righties while splitting time with Adam Frazier and Sean Rodriguez. The injury to Marte doesn’t seem likely to keep him sidelined much longer than the minimum 10 days, so it doesn’t seem like Pittsburgh will need him in center field for more than a couple of weeks. With Gregory Polanco and Corey Dickerson in the corner outfield spots, it doesn’t seem like there’s much room for him anywhere else in the outfield once Marte returns, either. Don’t expect much more than two weeks of starts.

The 23-year-old performed well at Triple-A this season, hitting for average but without much power, slashing .294/.336/.397 with one home run and eight steals. He’s a big guy and could grow into some home run power, but he hasn’t shown much throughout his minor league career, only posting a double-digit home run total once in his five full seasons in the minors. Speed is his most appealing fantasy attribute, especially considering the low-steal environment of the major leagues in 2018. He stole 21 bases in 127 games in 2015, 17 in 87 games in 2016 and 11 last year in 81 games. With eight steals in 32 games this season, he was on track to set a new career high prior to his promotion. He’s not a speed demon likely to rack up 30+ SB in the majors, but he could swipe 15-20 bags with a full season of playing time. He doesn’t strike out much, either, posting strikeout rates around 15 percent at each stop in the minors over the last couple of seasons. With his quickness, that kind of contact rate could lead to a good batting average. In the current take-and-rake offensive environment, guys who can hit for average have become harder to find, giving Meadows some additional value.

In the short term, Meadows will probably be back in the minors by the end of the month barring another injury to Marte, Dickerson or Polanco. In the long term, Meadows looks like a player who could swipe a few bags and hit for average without much power. And if the 6-foot-3 lefty figures out how to use his size to drive the ball over the fence with any regularity, he could become a well-rounded fantasy contributor. —Scooter Hotz