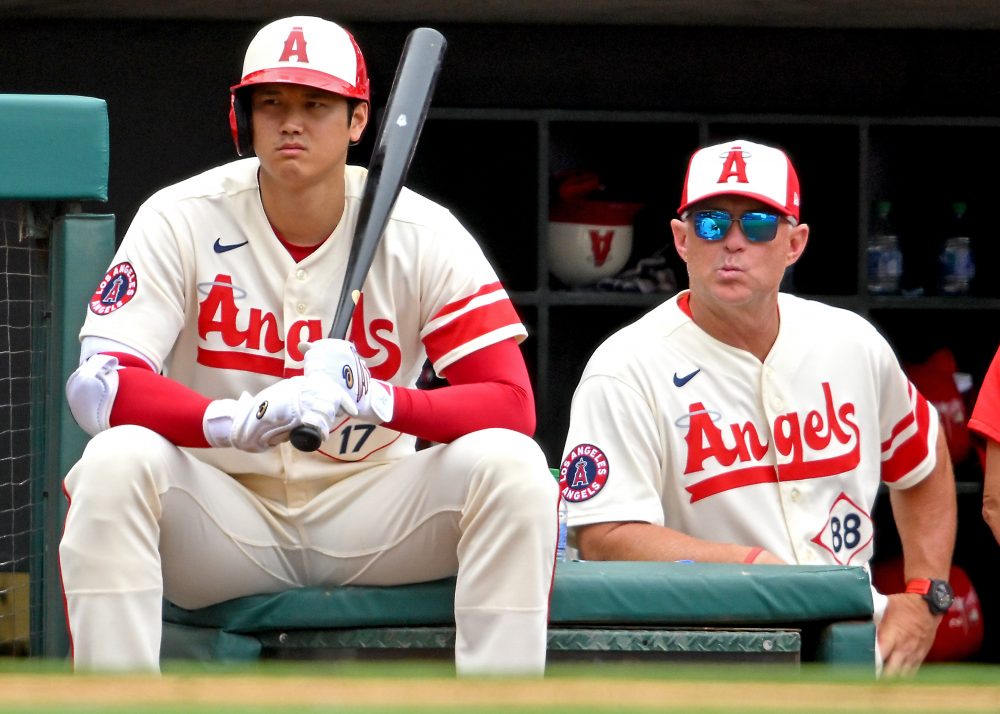 Welcome to Box Score Banter, your daily dose of the previous day’s games, with a preview of what’s to come. All season stats are entering yesterday’s games.

Hell is a potent concept, just not a particularly interesting one; the metaphorical representation of the eternal absence of God would seem pretty open-ended, but Christianity has always been partial to the familiar old fire and brimstone. Hieronymous Bosch’s work is particularly famous for its wide array of macabre and apparently baffling depictions of the world without; in The History of Hell author Alice K. Turner calls him, “one of [a] handful of truly original creators of hell.” 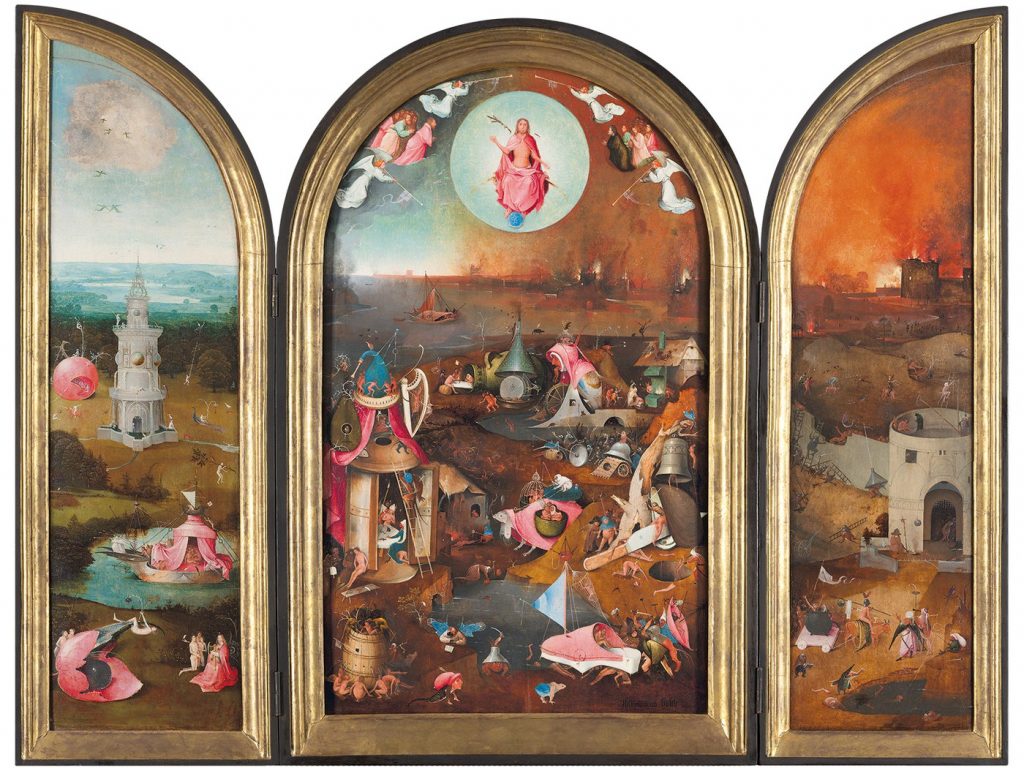 His work has long maintained the capacity to unsettle, to the degree he was (and is) sometimes accused of heresy despite his lifelong devotion to the culty-sounding Illustrious Brotherhood of Our Blessed Lady. Modern critics hew more to the view that even his work’s most aberrant and disturbing visions can be understood as symbolic interpretation of complex religious concepts; it speaks to the lack of imagination among renderings of the fiery pit that Bosch’s zealful work remains so anomalous. The painter was not especially subtle with his message, in a lesser-known triptych depicting humanity literally dragged along by sin. 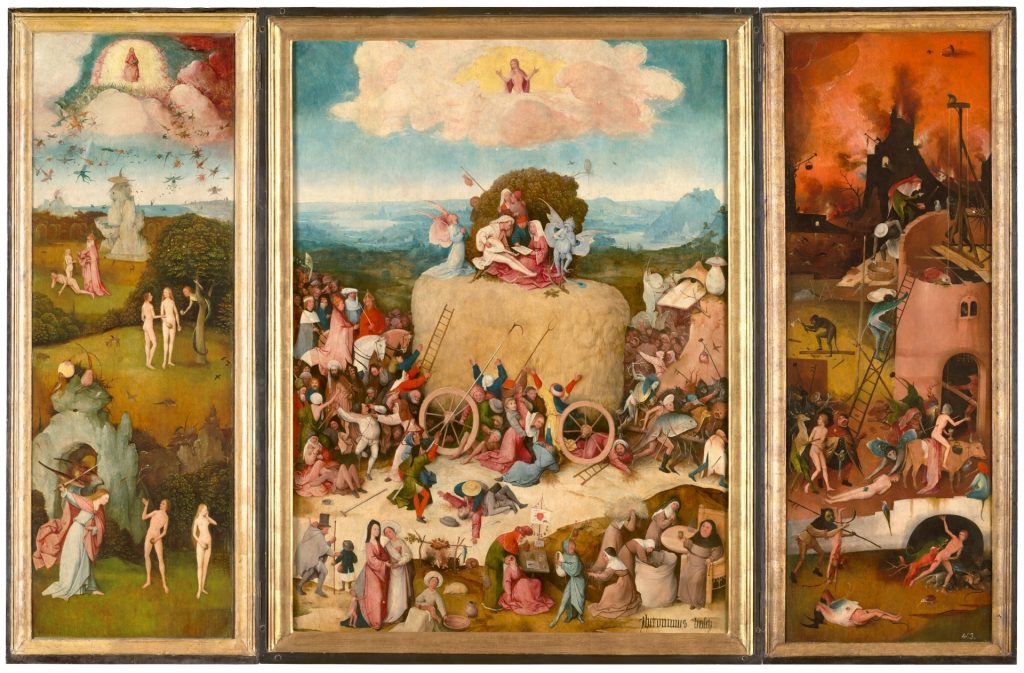 Working in religious imagery was as much a requirement to Renaissance painters as hitting at least hitting 10 homers annually is for a modern MLB regular, and so it’s a mistake to assume an inherently religious intent to the era’s art. Everyone has to eat. Still, Bosch gained enduring notoriety for his triptychs, each of which depicted the continuum between salvation and damnation as forward progression—it’s natural for readers of a left-to-right script to interpret Bosch’s works as a, then b, then c. Which is to say that most can only imagine banal hells, not the grotesquerie to which the Angels have been abandoned.

I’ve been mean to the Angels a bunch of times. They are an absurd organization: that’s not a value judgment on the team’s many employees, either players or staff, but rather an acknowledgment that the team simply doesn’t function on any sort of logic. It’s not flawed reasoning, like whatever the Royals have been doing since 2015, or icy resolve to the point of frostbite, as with trading Trey Mancini because of a one-in-six playoff shot. It’s that simply nothing makes sense. There are no lessons, or progressions, or off-roads, in Anaheim.

ESTRAGON: Use your intelligence, can’t you?
Vladimir uses his intelligence.
VLADIMIR: (finally). I remain in the dark.

Waiting for Godot is decidedly not about hell, and yet I’d argue part of the point is that the hell that is not is, in the end, nevertheless hell. The concept enthralls us as and because it confounds reason; we do not have the capacity to imagine sufferings greater in feeling than those which we can endure. We know that suffering is not endless because we have all suffered, have all overcome, even as we learn it’s a lie that scars are stronger skin. To me, one of the disarming, magnetic aspects of Satan in Paradise Lost is his entire lack of self-deception. He understands that his punishment is not eternal torment, but being left to his decision to choose anger, hatred, torment forever and again.

All is not lost; the unconquerable Will,
And study of revenge, immortal hate,
And courage never to submit or yield:
And what is else not to be overcome?

To be an Angels fan, still, is not to be overcome. Some choices are made, not unmade: getting a higher-strength lens prescription; when someone becomes a family member; fandom. The Los Angeles Angels are doing everything in their power to test that final assertion. It’s not the players’ fault: They are simply condemned, and like a Calvinist wedding it all stinks of predestination. There have been, now, 116 seven-(plus-)home run games in MLB history. In six, the slugging squad has lost. In only one has the team scored as many total runs as it has hit home runs.

I have been informed that the moderator of the Angels subreddit has banned references to Tungsten Arm. I have been silenced pic.twitter.com/IIPv2xAbbw

You can tell the sort of life a person leads by the things that they put stock in. We expect actors to be dramatic. It is literally their profession—are you going to say your work never spills into your everyday life? So when the theater majors in your Shakespeare class won’t say Macbeth, it’s a charming quirk, like your dad who thinks players who won MVPs on steroids wouldn’t have been in the league without them. This is a deeper pathology, as if roving bands of theater majors kept storming libraries and defacing their copies of Macbeth, the sort of magical thinking that has you avoiding a street your car got hit on: “if you say his name, it’s going to happen.”

It’s not just the Tungsten Arm O’Doyle games, or that the organization has twice this year had team officials annoy their franchise cornerstone by making wide-ranging proclamations about his career trajectory that are entirely at odds with his perspective, or that there’s a very real chance the Angels finish the season with a worse record than every team in MLB but the Nationals. Arte Moreno has clearly forbade various GMs over the past decade from investing in pitching, meme draft where the Halos took exclusively pitchers aside, and when Perry Minasian finally got to lay out for four years and $58 million for Raisel Iglesias the team unceremoniously salary dumped him eight months later. That’s gonna go over great in free agent talks.

This is just what the Angels are: a machine of senselessness, a spiked wheel, always more the perfect for the ends of blunting their own fans’ enthusiasm for the sport. It was probably worse, all things being equal, to be an Orioles fan than to be an Angels fan over the last few years. But that depends on one’s definition of worse. Baltimore is emerging from the desert, colder but transfigured; salvation might soon be at hand. In Anaheim the torment is varied, creative, unending; there might be a logic driving each novel travail, but from a wider perspective it’s simply an orgy of terror. Bosch would be proud.

Gold: Salvador Perez (2-4, R, HR, 4 RBI)
After a few resurgent years in which he landed on all-star teams and got MVP votes (finishing 17th in 2020, seventh last year), the first year of Perez’ four-year extension has been a letdown, as he flirts with league average in OPS and DRC+. He’s had a few good nights, though the odds are still against him reaching half of last year’s 48 home runs.

Silver: Johnny Cueto (8 IP, 11 H, 3 R, 0 BB, 4 K)
Cueto took the loss in a complete game, turning out a line that you basically never see in the modern sport. It helps that he doesn’t really have trouble inducing contact; despite facing 32 batters, it took the wizened righty just 106 pitches. He has 12 quality starts in 15 games, an ongoing streak of seven, and is somehow an important part of the rest of the season for third-place Chicago.

Bronze: Tommy Edman (3-5, R, 2B, 2 RBI, SB)
The Cardinals took both halves of a doubleheader against the Cubs and Edman was the star of a team effort in the night game, showing the do-it-all skillset that’s going to have him at another easy two-WARP season despite never having reached a league-average DRC+. This year’s 99 is as close as he’s gotten.

ATL (RHP Ian Anderson) @ NYM (RHP Taijuan Walker), 7:10 ET
Entering the weekend four and a half games out in the NL East, this is one of Atlanta’s best chances to make up ground as the clubs vie not just for a divisional title but likely the second bye in October.

TOR (RHP José Berrios) @ MIN (RHP Tyler Mahle), 8:10 ET
It’s Mahle’s first start in Minnesota; you can read the transaction analysis breaking down what he brings with him here, or about one of the other roughly 10,000 transactions we wrote about here.

NYY (LHP Nestor Cortes) @ STL (RHP Dakota Hudson), 8:15 ET
It’s a good old-fashioned annoy-off between everyone’s least favorite franchises! I would say I hope they both lose, but I’ll reserve that in case of a truly malevolent World Series.

SAN (LHP Sean Manaea) @ LAD (RHP Tony Gonsolin), 10:10 ET
The Padres were in this section yesterday. Without looking ahead I’d bet they’ll be in there Monday, and around 70% of the rest of the season’s BSBs. [shrug emoji]

You need to be logged in to comment. Login or Subscribe
Jack O'Lantern
I feel like I was headed to the gym and took a wrong turn and ended up in Lit class, or maybe Comparative Religions? I am an educated person and normally enjoy literary illusions, but I’m totally lost here. Can we get back to the point, and to baseball (which presumably is the point)? This is just too much riff and too little substance.
Reply to Jack
Ginny Searle
sorry you didn't enjoy it! i will say i think we all tend to see box score banter as much more about riffing than the rest of our content, which is usually pretty substantive
Reply to Ginny
Pat Folz
I honest to god just came down here to say I LOVED this piece. Can't please everyone, I suppose. I'm afraid I've been only kind of intermittently wandering by BP the last couple years, because of, you know, everything (and then some), but this is the stuff that keeps me coming back. There are 80 trillion articles out there about how the Angels have underperformed in the Trout Era, but only one that (aptly) recognizes the post-2012 Angels as a depiction of Hell on the level of Beckett and Bosch.

(I should probably mention I own multiple Hieronymous Bosch t-shirts - thanks Redbubble! - so this was, as they say, extremely my shit.)

I'm also now imagining a remake of Waiting for Godot, but it's Trout and Ohtani waiting for a competent starting rotation.
Reply to Pat
Adrock
I was late to this article, but wanted to note that it’s absolutely magnificent.

I’ve maintained my subscription even though I’ve been reading less here post-pandemic. The existence of this article has justified my subscription for the year, and will encourage me to read more (not just from Ginny).
Reply to Adrock
Patrick Dubuque
My dude (and all other dudes of all genders, this is universal): Not everything we write has to be tailored to you. In fact, this site is better when some of it isn't: BP presents an array of content in an array of styles, and if we didn't push boundaries sometimes, people would be complaining that we were getting stale.

(This counts double for BSB, which has a different author each day of the week. Come back on Monday morning, everything will be different.)
Reply to Patrick
Craig Goldstein
Just to follow up on what Ginny and Patrick said: this IS the point. It's what Ginny chose to write about, which makes it the subject of the article. I loved it, personally. You didn't, that's fine. But please make no mistake that the point of each article is what the article is about, not whatever you're presupposing when you click on it.
Reply to Craig
pfann196
Did you mean literary illusions or literary allusions?
Then again, with the Angels, maybe both are apt...
Reply to pfann196
RPhilsOstrich
loved the calvinism joke. great article as always, ginny
Reply to RPhilsOstrich