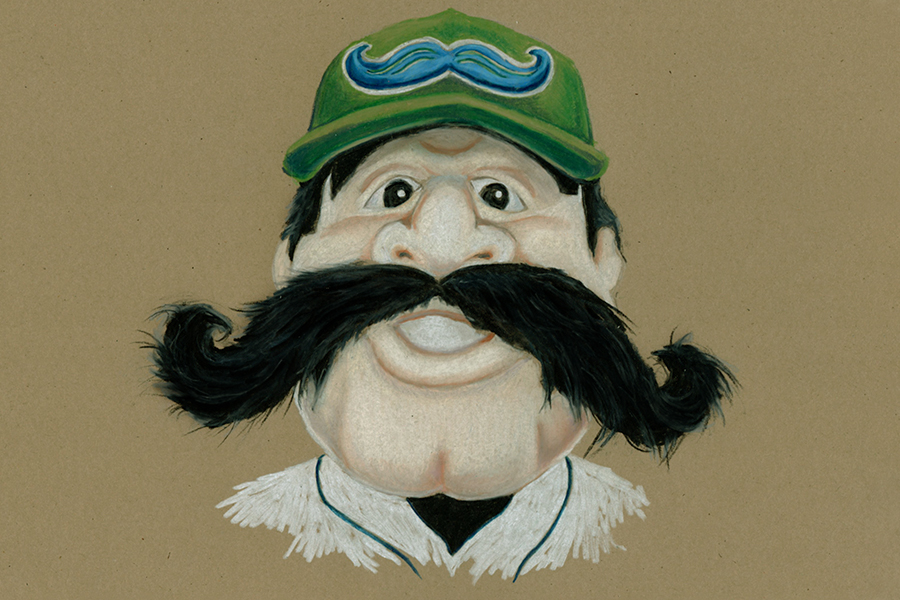 Every Tuesday and Thursday, Too Far From Town shines a light on the 42 (really 43) minor league baseball teams in danger of losing their major league baseball affiliations, effectively leaving them for dead. Today we focus on the Lexington Legends, a Single-A affiliate of the Kansas City Royals. You could take in the previous installments here.

Horseplay and horsecrap in baseball has nothing to do with literal horses, to the possible ongoing disappointment of Johnny Cueto, Madison Bumgarner, and other equine lovers of MLB, while no doubt providing constant solace to the 1963 Dodgers who had to deal with Mr. Ed’s nonsense. This fact is known to most us common folk, but that did not stop baseball teams based in Lexington, Ky., a city considered The Horse Capital of the World, the diametric opposite of a one-horse town, to declare themselves horses. There was the Lexington Thoroughbreds, who placed in the Blue Grass League of 1908. The Thoroughbreds decided they were to be known as Colts for the next four years in the BGL, and since colts are horses younger than four years old, a different Lexington Colts squad competed in the Ohio State League immediately after for four more years of running like the damn wind, majestic as all hell. In 1954, yet another Lexington Colts team popped up in the Mountain States League, but the team and the league went up to a horse farm in Canada, I suppose, there’s no need to inquire further, pass the glue, before they could finish the year. Was there a reason why Lexington went without a professional baseball team for the next 46 years? Maybe, but to quote Sarah R. Ingber in the Too Far From Town email string when asked if Rowdy the Rumble Pony fed her some hot goss, I swore never to reveal my horses.

The powers-that-be quit horsin’ around by 2001 when the Lexington Legends made their debut in the South Atlantic League. Their first home game was broadcast on the local ABC affiliate. The game was delayed 15 minutes after the umpires noticed the right field foul line was not straight, and insisted the crew try to be more like the employee in charge of laying down the left field foul line. It was during this delay when the broadcasters — Jeff Parrett, Kenny Rice, and John McQuiston — announced they were no longer going to refer to the venue they were currently speaking from as Lexington Legends Stadium, because they just got word it was now Applebee’s Park, as it would be for the next 10 years. The three during their extended open mused over which of the players on the Applebee’s Park field will go from simply eatin’ good in the neighborhood to becoming a future baseball star. While some Legends and Hagerstown Suns reached The Show, the closest answer was probably Legends starting catcher John Buck. The Utah native appeared in 1,090 major league games over 11 seasons and is tangentially a part of fairly recent New York baseball history. Buck was Matt Harvey’s primary catcher during his All-Star 2013 season. The night it was announced Harvey’s season was done and he would need Tommy John surgery, Buck put his arm around his wounded pitcher in the dugout. It’s an all-time GIF in certain circles. While fans appreciated it, apparently Mets brass and/or Harvey didn’t, because Buck along with Marlon Byrd was traded the very next day to the Pirates. Buck only played in nine games for Pittsburgh, but his month there made a lasting impression on rookie Gerrit Cole, who revealed in his introductory Yankee press conference last December that yes, $324 million is cool, and Buck made Cole and other young players come up to the front of the team bus and answer the question of why Curt Flood was important.

Young John Buck might not have known his baseball labor history yet, but he knew the importance of keeping the basepaths empty for his pitcher, earning himself a place in Kentucky baseball history too. Jason Ellison led off the game with a single to left. After Buck caught the next pitch, he threw Ellison out at first base. The historic moment was sponsored by Arby’s, possible conflict of interest with the new stadium sponsor and affiliation with nihilism be damned.

The Legends won 15-1. They were eventually awarded the South Atlantic League title when 9/11 cancelled the remainder of the championship series, which the Legends were already up two games to none.

It’s hard to top an inaugural season like that, and the Legends didn’t for the next 16 years. It didn’t help matters that their mascot remained to be a mustached burly man named Big L. (Needless to say, Big L’s official backstory states he was raised by two horse trainers.) One L walking around a sporting venue is kind of asking for a decade and a half of loserdom, and the franchise tripled down for some reason, creating a wife named Elle and an offspring, Little L.

Lexington did not bother leading any of their horses to water, for they knew they cannot make them drink, and besides, they had a helluva drought going by the time Emma Tiedemann came to town in 2018. Tiedemann’s official title was Director of Broadcasting and Media Relations. It made her the second female play-by-play announcer in Minor League Baseball, and the first ever in the South Atlantic League. While that was cool, she also had to write some of the press releases. This included the one for Millennial Night. “Instead of Occupying Wall Street, Millennials are invited to Occupy Whitaker Bank Ballpark” was in the first paragraph. There was a promise of participation trophies by simply showing up, as well as nap times and a petition ready to be signed to make avocado toast the new official food item of Kentucky. Millennials online somehow did not find this amusing. “We didn’t realize people would take it in a negative way,” Anne Mapson, the Legends’ special projects manager admitted. To add insult to injury — which better heal on its own because you don’t have insurance because nobody will hire you, a millennial, full-time — the notoriety did not boost attendance, and the Montgomery Biscuits stole their idea with their own Millennial Night that July and got much more (negative) publicity.

The Legends persevered, even though some of them were millennials, winning the 2018 championship (must have been the naps). They won their division yet again in 2019, earning the right to face off against the Hickory Crawdads to defend their crown. On September 13th, they needed one more win to clinch. Watching the feed of the game on MiLB.tv last week, with COVID-19 still a concern, was a creepy experience, because as the teams were warming up, after “Would?” and “In the Air Tonight” blared through the speakers, I was faintly able to hear the Legends public address announcer announce the following to fans entering the stadium:

Legends fans: make sure to wash your hands to prevent spreading illnesses, including Hepatitis A. Using soap and water, work a lather all over your hands, including the backs of your hands, between your fingers, and under your nails for at least 20 seconds. That’s the same as singing “Take Me Out to the Ballgame.” This message brought to you by your Lexington Legends and the Lexington County Health Department.

It was so shocking I was barely able to enjoy Big L and his non-biological sidekick PeeWee (Elle and Little L were nowhere to be found) throwing the football around to “Real American” by Rick Derringer. It also made me cringe a little bit when Big L high fived all of the Legends players as they charged out of their dugout. Then I wondered how Big L would handle a mask with that ‘stache of his. Then I took a nap.

Germ-free, the Crawdads and Legends dueled deep into the night. The score was knotted up at one after 12 and a half innings of play. “Home half of the 13th on Friday the 13th,” Tiedemann noted. 35th-round pick Reed Rohlman from Clemson University came up with two outs and a runner on first. The first pitch was a strike. The second was alchemized into a Sally League title.

Emma Tiedemann accepted a job with the Portland Sea Dogs as their Director of Broadcasting in March, but according to MilB.com, Reed Rohlman is on the Voluntary Retired List. It’s sad to think a 25-year-old considered his options and figured it wasn’t worth chasing the dream of playing in the major leagues anymore. But being able to say you hit a walk-off championship-winning home run and simultaneously walked-off the professional baseball stage for the rest of your life is admittedly very cool. To finish a chapter of your life on top, on your own terms, is something few of us will ever get to do. It is almost as if Reed Rohlman during his time in Lexington internalized a long-standing American image: the hero and their horse riding off into the sunset.

You need to be logged in to comment. Login or Subscribe
Llarry
And yet, not one word about those awesome mint-green caps and sleeves!
Reply to Llarry
Roger Cormier
They're minty fresh!
Reply to Roger