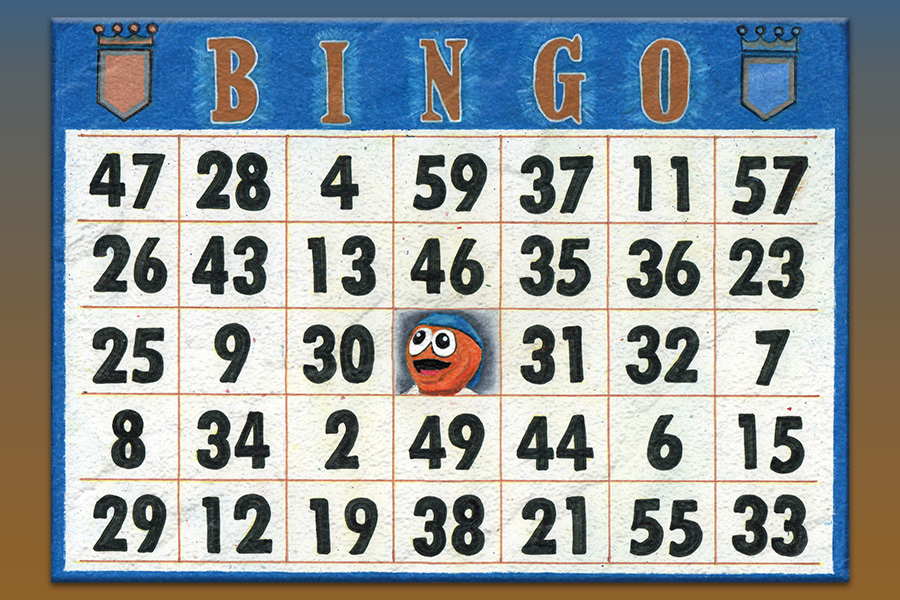 Every Tuesday and Thursday, Too Far From Town shines a light on the 42 (really 43) minor league baseball teams in danger of losing their major league baseball affiliations, effectively leaving them for dead. Today we focus on the Burlington Royals, a Short-Season Single-A affiliate of the Kansas City Royals. You could take in the previous installments here.

Hey hi hello everybody, it’s your favorite mascot in the world, or at least out of any of the Burlingtons, Bingo. Very clever by the by, nobody has ever thought to have me host a Bingo night. Admittedly this is the first Zoom Bingo night I’ve hosted…it’s just you know I am not named after the game right? It’s short for “Burlington Indians GO!” This is a googleable thing people. I get we are the Burlington Royals now but holy hell that change was 12 years ago? You are all rude, just own it, is all I am saying. Alright, let’s play some damn Bingo! This is what it’s all about!

Okay, B3. B for Bingo. Not the game, for me, Bingo. Your best friend. My birthday is August 27th, not that you noticed. Might have been around since 1986 when the franchise started? It’s been awhile. You can’t find footage of me fighting the Burlington (Iowa) Bees and Vermont (Vermont) Expos mascots in a steel-cage royal rumble from 2004 on Late Night with Conan O’Brien because the press release was an April Fools prank, okay? I would have loved to win the “Battle for Burlington” bragging right, but I don’t believe in violence. I was a candidate for the President of the United States in 2016. I might have won if it wasn’t for the Electoral College.

What am I? Not a dog. I understand why that is your first guess. Do I look like a dog? I’m really asking. Does it matter? I know I’m not human because look at me baby, I’m a dancing machine.

Alright, I27. 27 as in the 27-inning game we played back in 1988 and lost. 8 hours and 15 minutes long. Ended at 3:27 a.m. Burlington, North Carolina time. 50 people and a Bingo were there by the end. Unlike those wimps in the “longest game ever”, that Rochester Red Wings-Pawtucket Red Sox 33-inning game, we did this in one marathon session, not over two different days, okay? Our announcer Richard Musterer still has the record for longest continuous single-game solo broadcast. He was also in the press box for the July 4-5, 1985 Mets-Atlanta game. Much respect.

So what we lost? You know who the winning pitcher was? Arthur Rhodes. I look good for 1,000 years old, don’t I?

N42 for…Miles Wolff. Got a problem with that? Guy bought the Durham Bulls for $2,417 in 1980. Sold it for $3 million in 1991. Bought Baseball America one year in and made it into a thing. Created and was commissioner of the independent Northern League. Guy is respected and is credited with making Minor League Baseball what it is (the good stuff) today. Through it all he has owned and operated the Burlington Indians/Royals. Until February. I…this is hard. Dammit Bingo, go one Zoom session without crying…I’m sorry folks. I’m going to just superimpose Wolff’s quote from when he sold the team a few months back on here because I can’t even.

My goal was to sort of drift off in the sunset with Burlington. But then the big leagues announced (the plan to) cut 40 teams. My GM and assistant GM found other jobs in February. I was left with a club with no staff.

G52, as in CC Sabathia. I remember him. Was in Burlington, North Carolina in 1998. One day he was so lonely spent $88 on phone calls back home. On his first day he started off by himself, alone in center field shagging flies. Hard to miss at 6’7”. It would just be him and his mind walking Holy Hill Mall. He became one of the guys quickly enough. Ate at KFC and Taco Bell and enjoyed peanut butter and jelly sandwiches with his teammates. His diet has uh, changed recently. I’m not jealous at all.

I remember the late Brian Cole smacked him around in his first professional start and taught CC he needed an off-speed pitch if he was going to last. He lasted.

You know what’s funny? Besides nothing anymore? His manager was against wearing your cap backwards during batting practice. He literally said he told the players “When you’re Ken Griffey Jr., you can do what you want. But right now, you’re in Burlington.”

Bingo is ready for baseball, are you? 1️⃣0️⃣5️⃣ days until Opening Day! #BaseballBelongsInBurlington

O67 goes to Wil Myers, as in O ‘rly Myers? You won’t let me in your 1995 Acura Legend? You already ruined the upholstery with your tears because you were homesick, buddy.’ Would you believe he wore driving gloves? He didn’t, but would you?

Alright, time for me to head out. Someone must have won. I know I didn’t.