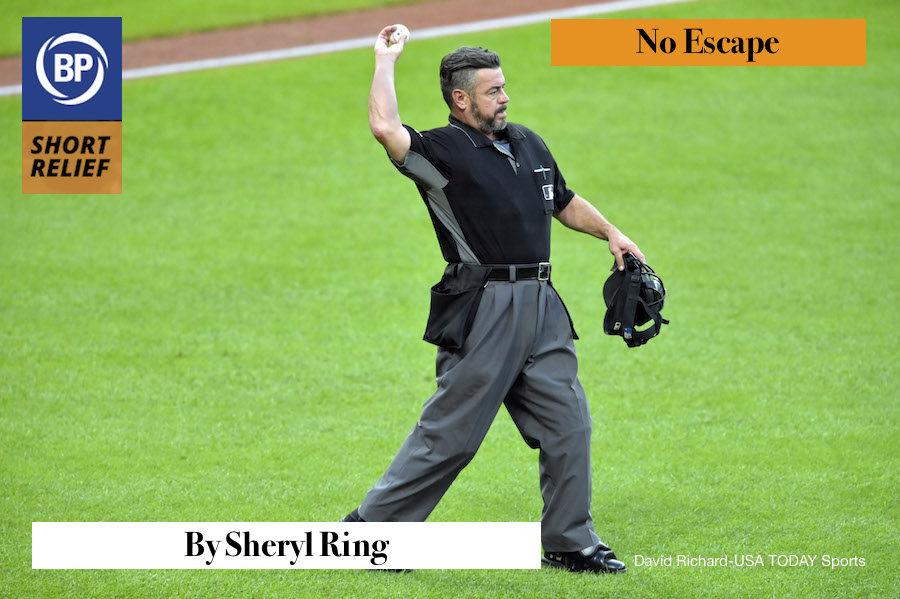 It’s been years since I didn’t tune into a World Series game. I’ve watched every game I could on television. If I couldn’t watch, I’d tune in on the radio. If I was at work, I’d “watch” on Gameday. I’d sneak videos of the highlight plays on my phone with the volume off if I was in court.

Baseball has been a refuge for me for as long as I can remember, a safe haven from a world that all too often thinks people like me are freaks to be eliminated rather than people to be respected. Being an openly trans woman is exhausting, because it means a never-ending onslaught of unsolicited opinions about my appearance, my mental health, my competence, my very right to live. It means being under a very large, very uncomfortable microscope. I’m also very keenly aware that as a white woman, I have privilege many trans women don’t: Black trans women, for instance, are being murdered at epidemic rates in the United States. I go to sleep wondering if the next morning one of my friends will be dead, killed for no reason other than who they are. It’s rather an alarming way to live. And ordinarily, baseball has been the place where I go for the necessary escape, three or four hours where the most stressful thing I have to worry about is whether a hit-and-run is the right play, and not whether one of the multiple rape threats I receive weekly will be acted upon.

This week, MLB dealt with a plethora of scandals. There was the Astros’ shameful treatment of Sports Illustrated columnist Stephanie Apstein. I’m not just referring to now-blessedly-former assistant general manager Brandon Taubman’s misogynistic, domestic violence apologism towards Apstein, but also to the team’s utter gaslighting of her, with a full week passing before the team finally apologized and retracted their claim of fake news.

Then there was Rob Drake, the veteran MLB umpire who threatened to take an AR-15 and start a “Cival War” if Donald Trump were impeached. Trump’s targeting of trans people and people of color is by now well-known; multiple mass shooters have cited to Trump as the basis for their violence against people of color. For me, in a community Trump has targeted in word as well as deed, this one was personal. Trump has repeatedly stated that trans people aren’t entitled to be treated in hospitals, even where our lives are at risk. Trump’s Secretary of Housing and Urban Development, has called trans people ”big hairy men” and said we’d destroy the country.

That’s the man that Rob Drake wants to use force to defend.

Drake’s MLB-ordered apology, however, referenced none of this. Drake said that his threat of violence was wrong, but didn’t address the sentiments underlying it. What Rob Drake was saying, in essence, was that he would use force to defend a man who believed that people of color are lesser and trans people are mentally defective. That can’t simply be chalked up to a political difference.
So no, I couldn’t watch Game 4 of the World Series. I dare say I won’t watch Game 5 either. I want to, desperately. But what I see is a franchise built on excusing domestic abuse and gaslighting women, and a sport which believes the lives of people of color and trans people are disposable. That’s what I was trying to escape.

At least, this week, baseball was honest about what it thinks of me and people like me. 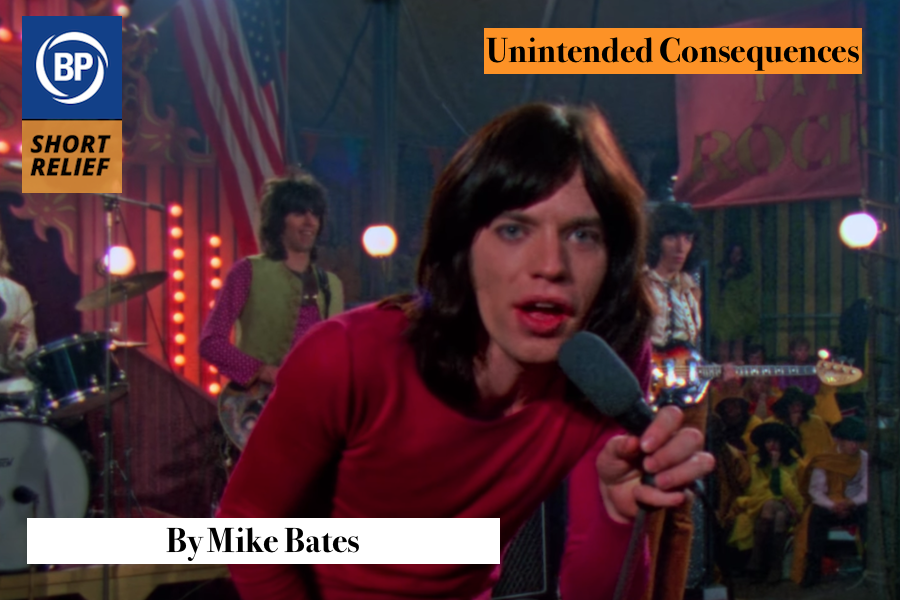 If you’re like me — and I have no reason to believe that you are not — you are endlessly fascinated by unintended consequences. Australia and New Zealand imported rabbits, for instance, for food. But lacking natural predators, the rabbits became a nuisance for a century and a half, eating crops and destabilizing ecosystems to the point of species loss.

Or, if we’re keeping this in the realm of baseball, in its infinite wisdom, MLB imposed the amateur draft on Puerto Rico beginning in 1990. The idea was of course to control costs for owners as, prior to 1990, P.R. was a hotbed of baseball talent, and its players signed free agent deals with the highest bidder. Since then indeed teams have been able to exert more control over the bonuses received by young and talented Puertorriqueños; however, the sport has waned in popularity and the talent pipeline has shrunk significantly.

It’s generally fun to point and laugh at the dummies who come up with these ultimately unsuccessful endeavors, but we forget that these unintended consequences apply to us as well. For decades, disciples and descendants of Bill James argued for rationality and objective analysis in front offices. We wanted a seat at the table. And we got them. At this point, we’ve got most of those seats.

Jeff Luhnow, for instance, took over the Astros following the unsuccessful endeavor that was the 2011 Astros, and owner Jim Crane to let him tear down the franchise to the studs. Luhnow and his front office very publicly and transparently traded away or otherwise discarded every player on that roster but José Altuve, making the Astros historically inept before building them back up into the juggernaut they are today. And us? We in the stathead community? We cheered them in their efforts.

We didn’t realize that as front offices coalesced around cold analytics and number crunchers to the detriment of the warmer sciences, we would be inviting in guys like Brandon Traubman to that table, and building teams that, in some cases, are utterly incapable of responding appropriately to his behavior because they don’t understand why it’s wrong.

Over the last 50 years, the preeminent philosophers Jagger and Richards have again and again been proven right. You cannot, in fact, always acquire those things that you desire most. However, on occasion, if you put forth a good effort, you receive that which you require. Left unexplored in this context by the frequent collaborators, however, is the converse: Sometimes you get exactly what you want and it turns out to be a total bummer. 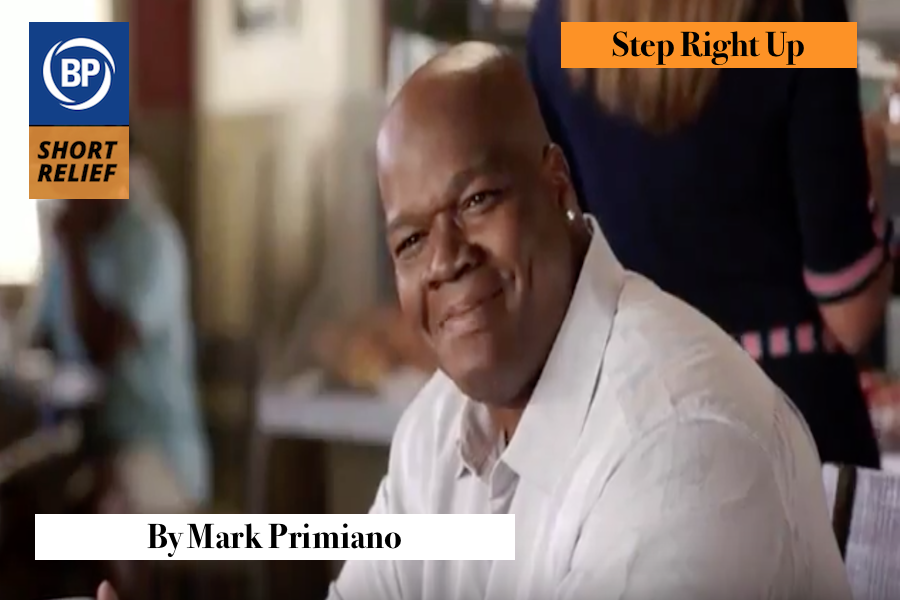 Life after baseball is rough. Men who’ve spent their entire lives laser-focused on one specific task are now forced to face something we should all be so lucky to one day reach, just decades earlier and with (theoretically) far more money: retirement.

If you’re lucky, your favorite player either gets a nice baseball-related job for your team or on one of the big networks. Or maybe they just fade into the background, showing up at the occasional game but more or less drifting peacefully into the realm of afterthoughts. But sometimes you’re not so lucky.

Frank Thomas was one of the easiest players to root for as a kid. Growing up a White Sox fan is the sort of thing I honestly think only Mets fans can truly appreciate. Your team, and you by extension, are told you just matter less. It puts a big chip on your shoulder. And no one alive seemed to play with as much of a chip on their shoulder as the Big Hurt. He somehow was told his whole early life that he wouldn’t amount to anything and used that to become one of the best hitters in baseball history.

He did so in a time when steroid abuse became widespread and he did so naturally. As far back as 1995 he angrily took a stance against steroid users, demanding stricter drug testing. His countenance was wheeled in front of Congress willingly to rant against steroids like the strangest TV cart a substitute teacher ever showed a confused class. You never know someone else completely, but if you ever had to bet your life on one baseball player being clean you could at least feel pretty safe about betting on Frank.

Which makes modern Frank Thomas so confusing. You’ve seen the “why the hell did they name it that?” ads for Nugenix, the only modern snake oil that forces you to think about racial purity while wondering what might be happening to your internal organs. More recently Thomas has started endorsing Ecoderm, a supposed pain-relieving cream. Neither of these products have actual scientific research backing their outlandish claims to cure what ails you and make your middle-aged wife love you once more. The FDA isn’t required to make sure they aren’t poison because loopholes exist to be horribly abused.

I’m not sure why Frank Thomas has decided to be the spokesman for such dubious not-quite-pharmaceuticals. This was the colossus of a man who adamantly hated the idea of anyone getting a leg up via unnatural means and now he’s Smiling Bob, shilling sawdust that will help you feel young again about as well as it will help you become a Hall of Famer. Having heroes almost always means eventually being let down. Baseball just tends to take longer to break your heart.

You need to be logged in to comment. Login or Subscribe
Matthew Gold
I am different from Mike Bates in that I do not blame analytics types AT ALL for the career of Brandon Taubman. Baseball has a long history of hiring all sorts of creeps and jerks that long predates the use of analytics.
Reply to Matthew