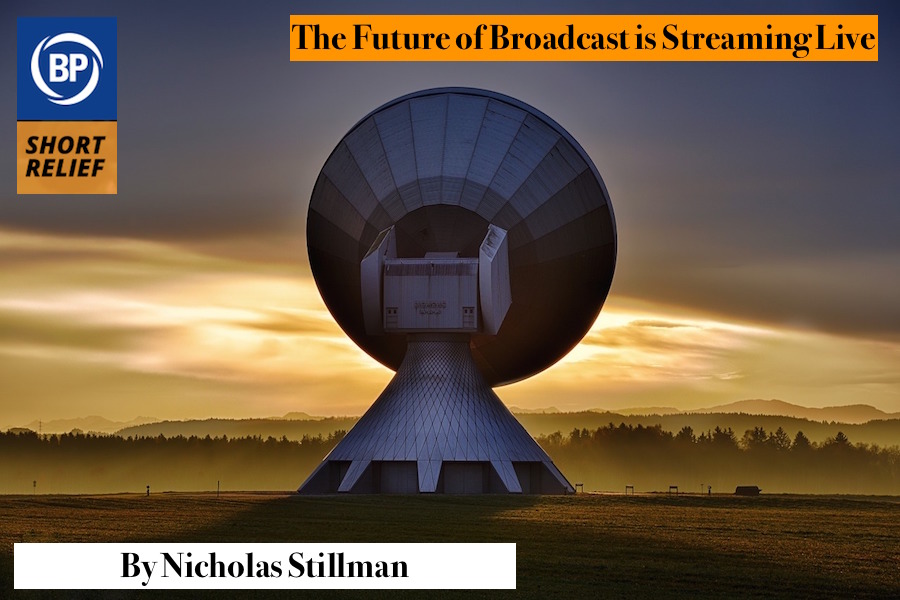 My chair protests quietly as I settle in to watch the game. It’s a Tuesday in September and the Mariners are twenty-games out. My family will be home any minute. I hope there’s still something worth watching.

I blink and the WallScreen snaps to life and I almost miss the anticipatory pixelation of my old TV. The winding up of the screen before pitching the content. Life, I know, has sped-up since I was a kid, though it’s difficult to notice. Like recognizing you’ve grown you need a door jamb and a pencil to tell you to truly believe it.

Baseball and its pace of life is one such yardstick.

My thumb wanders through games, the screen flickering colors across the adjacent wall. I should choose quickly. I don’t often have gaps like these, uninterrupted time, to choose a game.

I land on the Mariners MLB Classic (Sponsored) Broadcast. I flip it on. The broadcasters are describing the strategy of the pitcher approaching the current at-bat.

“And he’ll be looking for a ground ball here,” an announcer repeats softly into the microphone. I hear the wind in the stadium. A color commentator agrees, “Ground ball here, try to turn two.” They are silent for the pitch.

I groan into the empty room. I have heard remarks like these more times in life than I care to recall. The Classic Cast bores me, as it does many people of bad teams. Without the insider interviews and the proprietary camera, few would watch.

I stop on PlayerCast. The dugout appears and I am watching from the shoulder of an outfielder, I don’t recall his name. He isn’t playing today and so he is providing the stream commentary.

“Thanks for the subs everyone. Oh! Wow!” says the player, Jennings is his name (I read it in the comments scrolling along the right side of the screen). A pitch smacks the catcher’s glove. “Did you all see that? That curve? How is he supposed to hit that? Nasty today. He’s got that big bendy”

Another player walks up to the camera and spits sunflower seeds at it, smiles.

But from the dugout I can’t see the pitch, that’s the problem with the PlayerCast. The angle’s no good.

There’s a comedian I like streaming the game from her home. I watch. The pitcher is rubbing pine tar on his bat. “Oh yes,” says the comedian. “Please, more pine tar. Pine tar is what the problem is. May as well dip the hands, too. The feet — why not? Tar it up.” I smile. I want to rest on this stream, but there are so many more and I only have so much time before the family comes home. This is always my problem: I can never decide.

LawyerCast is debating the holding on the recent case against unlicensed streamers. A real issue–though I heard some of the wildest streams are the unlicensed ones and I’ve always wanted to watch.

On SpouseCast a wife of a pitcher and the husband of a first baseman are sharing horror stories about life on the road. They have good chemistry.

I keep scrolling. There are some new streams from “super-fans.” Most of them are rants. I’m not in the mood.

I stop on a AnimateCast, which I’d never seen before. The person streaming is a famous animator and is live sketching the game while making observations about technique. I am transfixed. I lean in.

I hear keys. The door opens. My daughter has leaped onto the couch.

I smile and scroll to KidCast and stand to help my wife with dinner as two twelve year old streamers are talking about music as the broadcast plays. They draw on the screen, sometimes, explaining the rules and their favorite players, make up characters. It’s fast and fun but confusing to follow. It’s not very baseball-oriented, but few of them are.

When we move to the table for dinner, I flip on PureCast. The voices fade. There is no commentator, just a lone microphone capturing the sounds of baseball. It’s wallpaper, it fades into our lives. The wind rustles between the vents of a foul pole. I gulp water. Cleats scuffle on dugout steps. Our forks scrape the plates. The white noise of a thousand conversations catch my ear. I wonder, between bites, if that would be the future. To be able to sit in with every fan at every game, to flip through each of their lives for a bit to hear that singular commentary. It seems a good idea, to have more choice. What a future that would be. I wonder if I would like it. 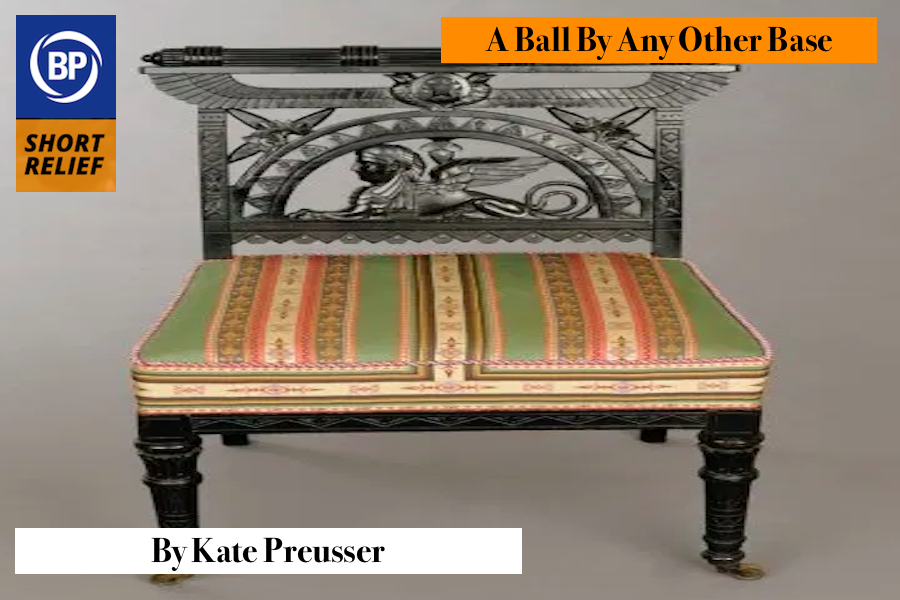 A couple weeks ago, Rhys Hoskins hit a ball that did this:

You may remember that ball from its previous work:

Baseballs have been misbehaving all season, although Hoskins’ Rube Goldberg machine hit established a new level of physics manipulation…at least until the other night, when Paul De Jong hit a ball that did this:

This ball takes a hard, unexpected turn. It’s an M. Night Shyamalan ball. It’s that viral recipe tweet when the pizza sauce comes out. This ball goes to college intending to major in Business Analytics and comes home at winter break with a theater major.

There have been rumblings, of course, that the ball is different this year, an allegation MLB staunchly denies. But it’s undeniable that there are some outlier factors this year. Home runs in Triple-A, where they use the MLB ball, are up an astonishing 60%; hitting a “HOF line” of .300/.400/.500 was barely good enough for player of the week, let alone batting title honors. Meanwhile, Edwin Diaz and Blake Treinen, two slider-heavy pitchers who averaged an ERA of 1.35 between the two of them last year and just seven home runs, are this year combining for an ERA of 5.20 with 22 home runs. The baseballs are staging an Animal Farm-style revolt, declaring no-face is better than any-face. 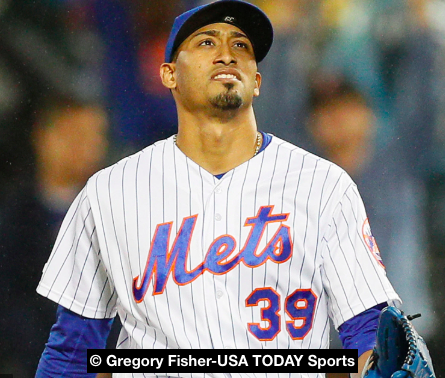 Years ago, I went to a museum in Rome, brimming with antiquity, and almost sat in one of the chairs you are decidedly not supposed to sit in, missing in my heat-induced fatigue the delicate silken cord strung across the seat; the tiny, tasteful sign in Italian beseeching me to non sederti, per favore. Luckily an alert friend caught me before I disfigured the delicate medieval embroidery with my giant American ass. (A point in my heat-drenched favor: in the stately Italian villa, the chair was located near a window, near the door, exactly a place a chair for a tired traveler to drop in and unlace their boots after a long day of pounding the pavement.) What shall we call this item, then? Not a chair, certainly; a chair is defined by its function. It is for sitting. Without the ability to sit, what is a chair? A collection of angles, curves and planes, an assemblage of wood and cloth. Not a chair. An art-chair.

What is a baseball, then, if it does not behave as we know a baseball to behave? Already writers are amending the “base” part of the ball: rabbit-ball, super-ball, juiced ball. Not a baseball, then. A bases-ball. 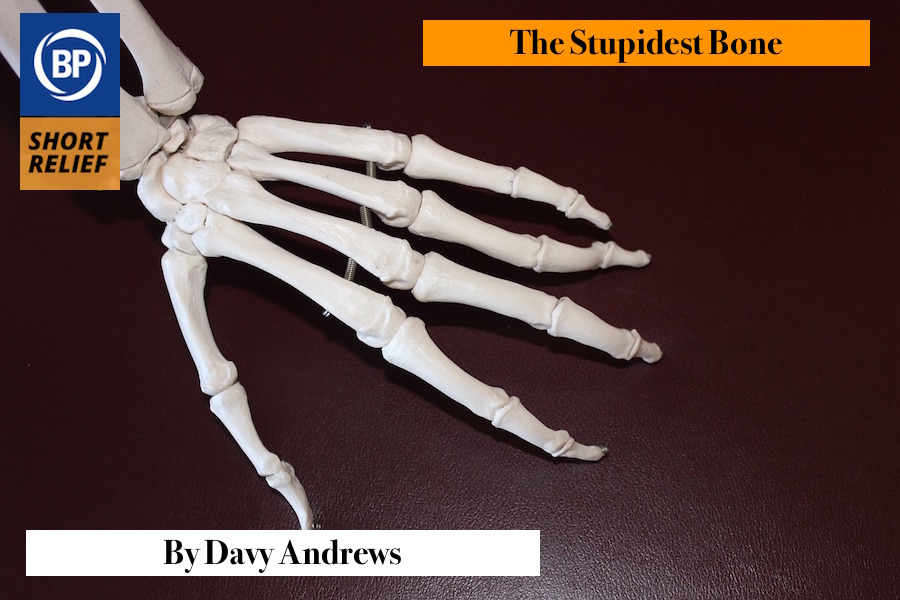 In the baseball world, the hamate bone is considered little more than a time thief: it breaks, it gets removed, you lose a month or two. It is a stupid bone.

The human hand contains 27 bones. It is a marvel of engineering. Simon Winchester’s description of a jet engine could just as easily apply to the hand: “a diabolical labyrinth…of such confusion that it doesn’t seem possible that any metal thing inside it could possibly even move without striking and cutting and dismembering all the other metal things that are crammed together in such a dangerously interfering proximity.” And yet those parts do move, gracefully, harmoniously; spinning curveballs, playing sonatas, conjuring the ace of spades and vanishing it back into thin air.

The human hand is also, like the rest of the human body, an imprecise, kluged together sack of emergency repairs. We are all of us wonky prototypes patched together with duct tape and baling wire, dikes constructed entirely of dutiful Dutch boys. Evolution doesn’t let you start from scratch. If it did, Prometheus would surely have grabbed some more clay and reengineered babies with a reinforced skull. Do they really need some weirdly specific, catastrophically fatal weak point like a Mega Man boss?

You could be forgiven for assuming the hamate bone is worthless, some Mesozoic holdover that would never survive a thorough redesign. The hamate bone has a hook on it. Reading about baseball, the impression rendered is that the purpose of the hook, from an anatomical perspective, is to snap off inside the hand of a batter right when your team needs him most.

How important can it be if, when it breaks, all you do is rip out the broken part, let the incision heal, then grab a bat and start hacking again? It’s no fun paying a couple grand to replace a busted transmission. Even less fun would be paying a couple grand for the mechanic to remove the transmission then grab a sandwich, because it turns out your car runs fine without one.

I quoted Simon Winchester earlier from his book The Perfectionists, a history of precision engineering. That may sound boring—and yes, the first chapter is literally about boring holes—but it’s riveting reading, provided you enjoy reading about riveting. The book is a paean to cooperation. Tolerance is what allows the tiny parts in our computers and cars and chronometers to work together. They fit together to a tolerance of a hundredth, a thousandth, a millionth of an inch, and so we can FaceTime our nephews and visit the moon and, most importantly, play Mega Man 3.

That’s where the hamate bone, hook and all, serves a purpose. It articulates with five other bones. The hook connects to three different muscles and forms part of the canal shielding the ulnar artery and nerve. It’s a connector, a protector. Would you like your hand to continue receiving blood and transmitting information to your brain? Then you should at least prefer to keep your hamate bone intact. But still, it is kind of a stupid bone.