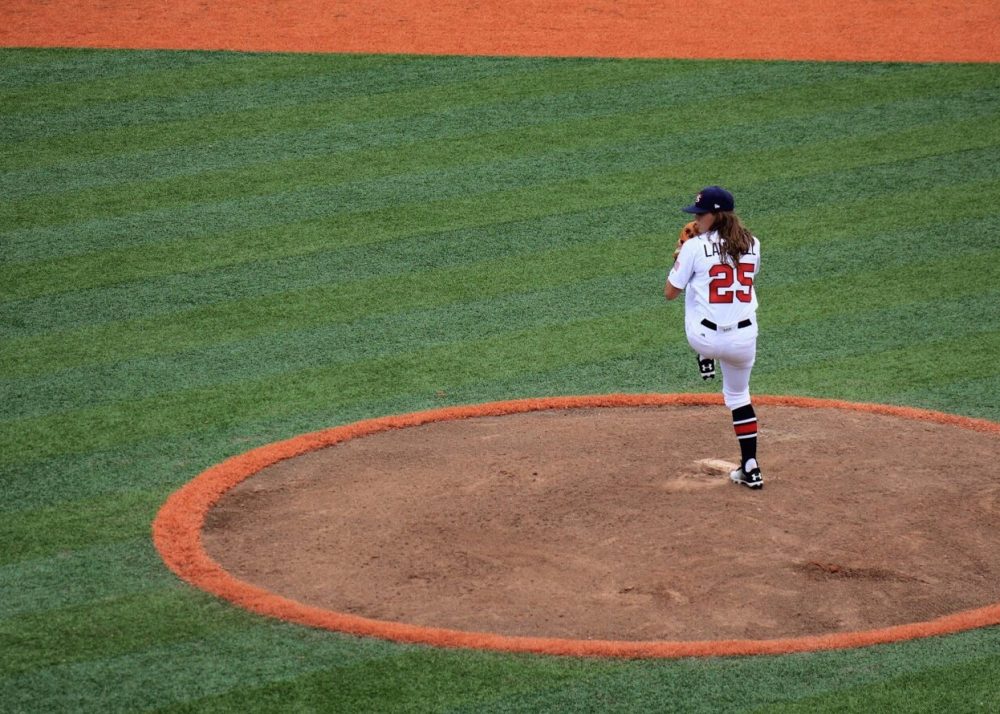 “There’s nothing standing in my way other than me.” After one conversation with Ashton Lansdell, I am a fan. She’s motivated, she’s positive, and she’s driven. At just 18, she speaks with the confidence of someone who knows what she wants and is for sure she’s going to get there.

Lansdell made waves this summer when the news hit that she had committed to play baseball at Georgia Highlands. The Marietta, Georgia native started playing baseball at four years old in the yard with her dad. Her dad, who had played baseball for years, saw the toddler’s budding interest and immediately signed her up for t-ball. It was then baseball became her thing. At one point, Ashton was encouraged to switch to softball, but she had other ideas. “I literally never wanted to play softball. I had no interest in switching over to softball at all. I went to one practice when I was in sixth or seventh grade. It wasn’t the same. I didn’t like the bat or the ball. I didn’t like how they pitched. It made me feel like I was throwing weird. I didn’t belong there. I didn’t want to be like the regular girls and switch over to softball. I wanted to play baseball.”

Ashton went on to play baseball at Wheeler High School in Marietta. The only girl on her baseball team, Lansdell said her teammates don’t treat her differently; “at the end of the day, we’re all out there to play and that’s what’s important.” Once they get to know her, they just respect her game, but when she plays with women, like in the Girls Breakthrough Series she says, “It’s a different atmosphere when I’m playing with women. We seem to get along quicker. There’s nothing different on the field, I just feel like we bond faster. We become closer friends by just being out there together.” 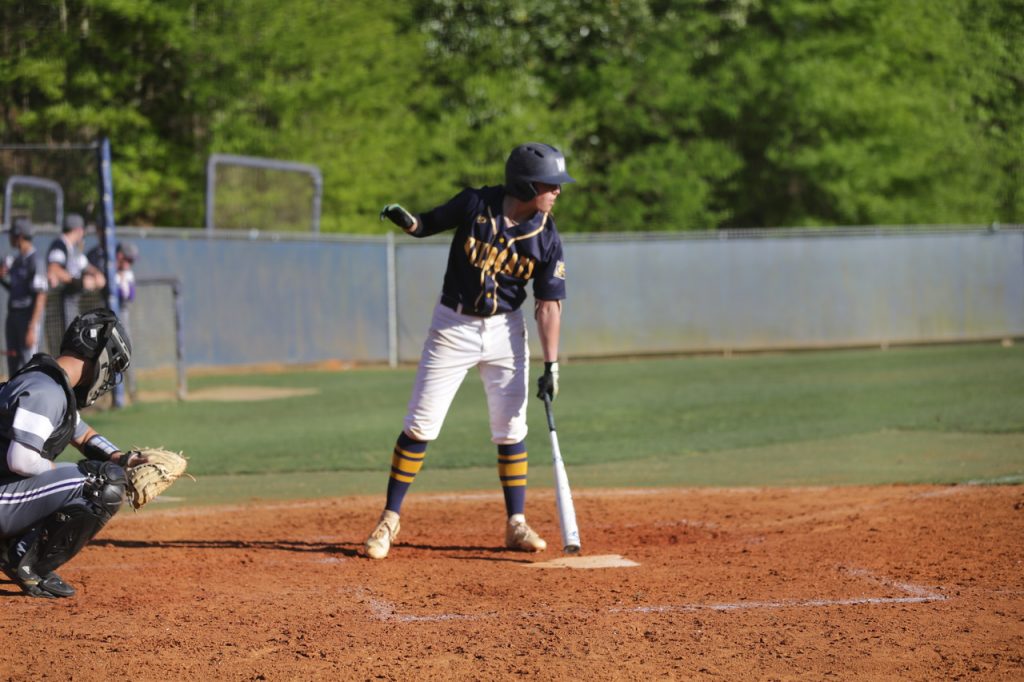 At 17, Lansdell was selected to play for the USA Baseball Women’s National Team in the 2018 Women’s Baseball World Cup. “I was expecting the roster to come out for a couple days. My mom saw on Facebook that the roster was finally released. I was standing in the garage when my mom yelled my name and told me I made it. ‘Ash! Ash! You made it!’ The first thing I did was hug my mom and call my grandma. I was ecstatic. I was shocked. It was a good feeling to know that I accomplished that. I was the youngest player last year.”

Ashton says she spends her time “playing baseball, working out, and hanging with friends.” She wants to be seen off the field as just as regular teenager. “A lot of my friends are like ‘wow, you’re actually famous’ and I’m like ‘nah, get outta here. I’m not tooting my own horn.’” A big music fan, she’s been spending some of her summer free time listening to music and dancing. She says she gets so into the music her dances start to look like “interpretive dance.” Right now, rap and hip hop serve not only as the soundtrack to her summer, but as her pregame hype music. For the 2018 Women’s Baseball World Cup, she listened to YBN Nahmir before games. Her favorite rappers are Lil’ Uzi Vert and Drake, and for her senior season, her walkup song was “20 Min” by Lil’ Uzi Vert. In addition to her playlists, Lansdell has some interesting pregame rituals. Before a game, she has to have half a pack of skittles. “I have to be amped up on some kind of sugar.” Another interesting pregame quirk is, unless she’s pitching, Lansdell has to tape her left wrist. She said it helps her feel “supported.” 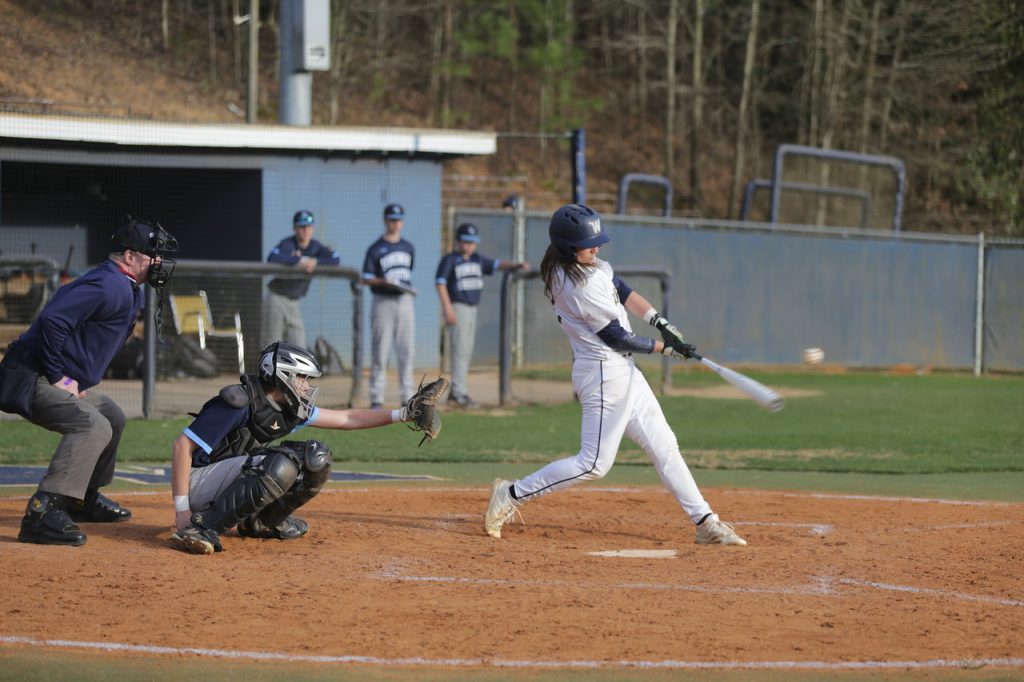 Before getting back to baseball again, she’s gone on various trips with her friends, her “gang” as she calls them. Lansdell describes the trips as her last hurrah before leaving for college. However, she won’t be going very far. Georgia Highlands College is just a 30 minute drive from her parents’ house. For the first semester, Lansdell will continue to live with her parents, but she has plans to get an apartment with two friends and get a job at a baseball field. She’ll be a part-time student and a redshirt freshman, so she’s hoping work will prevent her from getting bored.

Not only will Ashton be transitioning from high school to college life, she will be transitioning to two new positions. “When I started when I was little, I was always an outfielder because I was always superfast. I was always the fastest on my team so I always played center field. When I was 9 or 10, we needed pitchers on my travel team so that’s when I learned how to pitch. They were like ‘we need pitchers’ and put everyone on the mound and I guess I did well,” she recalls with a knowing laugh. Previously, Lansdell focused on pitching and playing second base, but she decided to switch positions to aid her baseball career. “When I got to high school, freshman year I was still an outfielder and a pitcher. After sophomore year, after knee surgery (she tore her ACL playing basketball), I was on a new travel team. I’ve played everywhere. I was thinking about it, if I want to play college baseball and to keep going forward, I thought my best  opportunity would come at second base or middle infield. Quick feet, quick hands. Middle infield was always my favorite. Finally, senior year, my coach stuck me at third base. I played third and pitched. When I go to Georgia Highlands, I’ll be training and developing for second base and shortstop.” 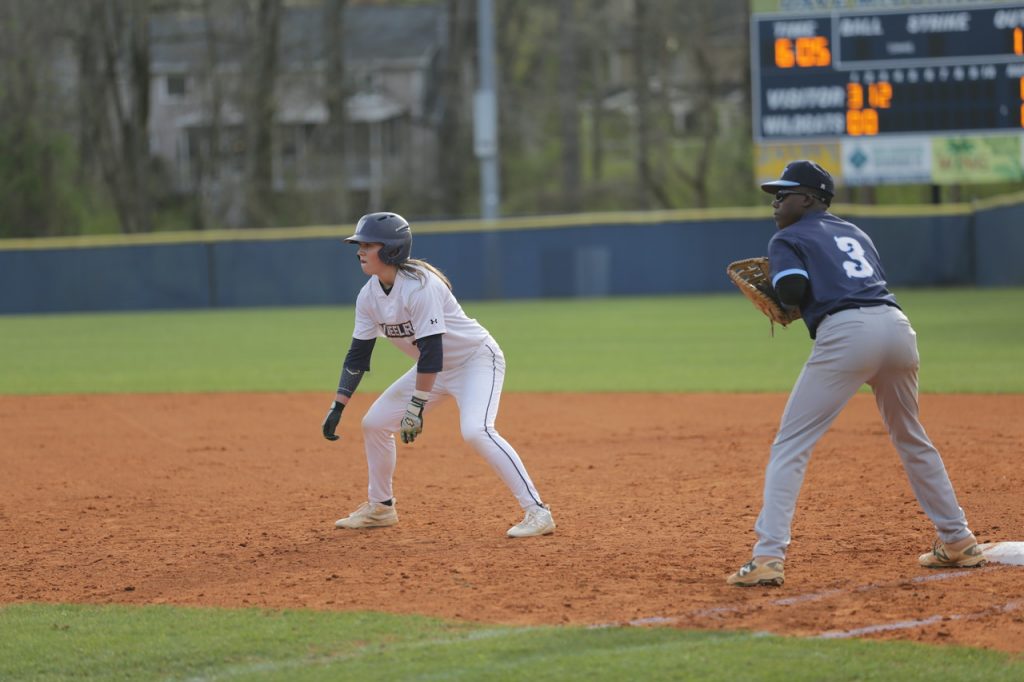 She loves playing middle infield more than anywhere else and says she enjoys watching Javier Baez, Francisco Lindor, Jose Altuve, Ozzie Albies, and Dansby Swanson. Ashton feels prepared for the position switch thanks in part to her Team East Cobb coach Keith Law. She says Law, who previously coached Baez, pushes her to be great at second and short. “The closer I get to him the closer I get to Javier, the closer I get to the Major League.”

Get to the Major League. Ashton Lansdell hopes to one day play for a Major League baseball team. She lives ten minutes from Sun Trust Park and gets to watch her hometown Braves any day she’s free. She goes to watch some of her favorite players live out not only their dreams but hers. It may sound like a bold statement, but maybe one day Lansdell will be the first woman to play Major League Baseball. When she says, “if I can get there, if I can keep going, I’d like to get to the majors,” brimming with confidence, she believes it. Hell, I believe it. If you heard her you’d believe it too. And she’s got some advice for little girls who may be watching her and have  baseball dreams they believe in, “One thing I’ve recently started telling myself no one stop you but you. There’s nothing standing in my way other than me. No one can tell you can’t do anything but you. Whatever you wanna do, do it. If you’re a little girl who wants to play baseball, don’t let anyone tell you you can’t.”

In 2020, when the Georgia Highlands baseball team takes the field, Ashton Lansdell will be there. Though Georgia is hundreds of miles from Chicago, she’ll be one step closer to Baez, one step closer to becoming the first woman to play Major League Baseball.