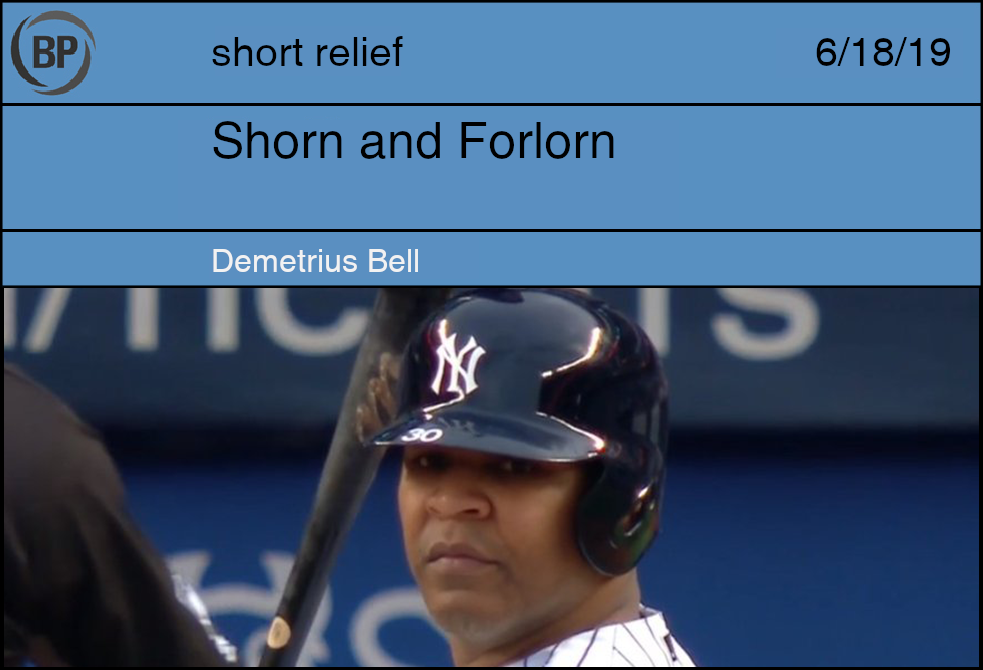 I was scrolling Twitter yesterday and I came across something that sent a chill down my spine and sent me into the doldrums for a quick second. This wasn’t an injury or a bad call. Instead, it was the sight of a man being stripped of his individual creativity. It was a screencap of Edwin Encarnacion during an at-bat with the Yankees. There was nothing wrong with him, but everything was wrong with him. That’s because he didn’t have a beard anymore.

Yes, it’s 2019 and the Yankees still have that facial hair policy going. While I’m happy to see Encarnacion once again playing for a team that appears to be playoff-bound, it’s unfortunate that he had to lose his beard in order to play in the Bronx on a regular basis. This won’t be an appeal to change the rules, since I know that we’re talking about the Yankees. This is the most storied franchise in baseball that we’re talking about. If there’s a chance that they decide to rescind the policy, it’s probably not going to happen for a long time and the chances are close to zero of it ever happening. Thurman Munson tried his best, but the policy is still there.

The Yankees are a lost cause, but this is an appeal to everyone else across baseball. I know that New York is the only club out there who’s still holding onto it. Even the Derek Jeter-led Marlins have relaxed the policy that they had for a brief period. I just want to make sure that no other team even thinks about crossing that line. If we’re going to Let The Kids Play, then we should keep up the unofficial slogan that I just came up here and now: Let The Facial Hair Grow.

Am I taking this stance only because I currently have a beard of my own? Absolutely. I try to be objective when it comes to the Braves, but I will not be objective when it comes to beards. If you’re able to grow one and you want to grow one, you should be able to have it. The team you play for shouldn’t have to dictate how you choose to put your personal style on display.

Go click on the screencap of Edwin Encarnacion again and just imagine how sad Edwin’s parrot is. The imaginary parrot knows that it’s wrong, but he’s still putting on a brave face. Encarnacion is also putting on a brave face, but that face should have the beard that used to be there. Again, the Yankees are never going to get rid of that policy, but if they really cared about imaginary parrots and baseball fans who just happened to be fans of good beards as well, they’d drop the policy in a heartbeat. 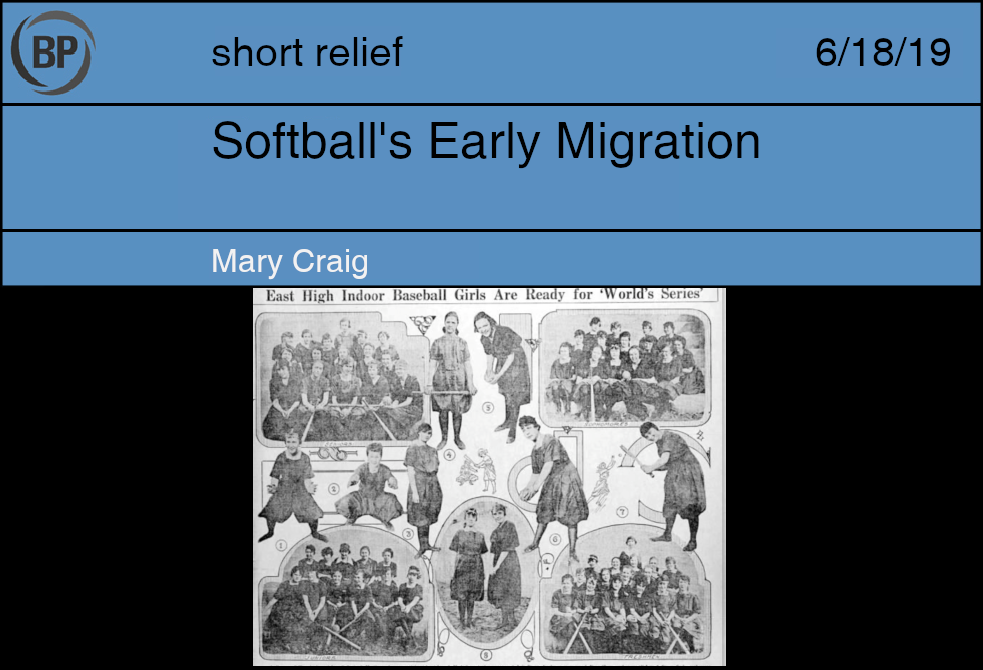 Like high heels and earrings, softball was originally invented for use exclusively by men. It quickly grew out of an 1887 Thanksgiving activity and into an alternative for baseball in packed cities and during the winter months. By 1890, indoor baseball teams had sprouted up throughout the Eastern states. It seemed like this new sport would stand hand-in-hand with baseball as pillars of American sporting life.

Indoor baseball rapidly expanded, ushering in the first girls team eight years after its invention and five years after its professional organization, by a Chicago high school gym teacher who thought it would strengthen the girls’ constitutions and shape them into more useful American citizens. Eager to finally participate in the same sport as the boys, girls flocked to indoor baseball in its early decades. Leagues sprang up across the country, and by the 1910s, tournaments routinely comprised upward of 40 teams. The growth of girls’ indoor baseball was so rapid that newspapers quickly began publishing local tournament and individual game results.

Naturally, as indoor increased in popularity among girls, it dwindled among boys, who instead turned to basketball to satiate their indoor sporting appetites. By the time the 1933 World’s Fair found its way to Chicago, indoor baseball was on its last legs; boys and men had abandoned it in favor of basketball and volleyball, prompting communities as a whole to take it less seriously, even as amateur women’s teams continued to exist. In the midst of the Great Depression, indoor baseball exited run-down high school gymnasiums, taking refuge in small neighborhood greenspaces.

Communities welcomed this development, finding great relief in the ability to play in confined spaces. The games were shorter and more easily involved both adults and children, providing the exact entertainment desperately needed at the time. Thus, even as semi-professional teams stagnated, the game now called softball could be found in almost every park across America. Moving it outside returned it to a game involved by all genders.

This universality ceased once the country emerged triumphantly from its economic turmoil. Once again professional sporting careers became open to men, as baseball and basketball rapidly expanded following WWII. Because it was never considered a serious game due to its inclusivity, softball remained behind, without the same opportunities for professionalization. Still barred from baseball, women, then, had nowhere to turn but to softball, whose migration to the open fields left them no freer than they had been confined to the four gymnasium walls.

Like high heels and earrings, softball had afforded women none of the status it afforded men.