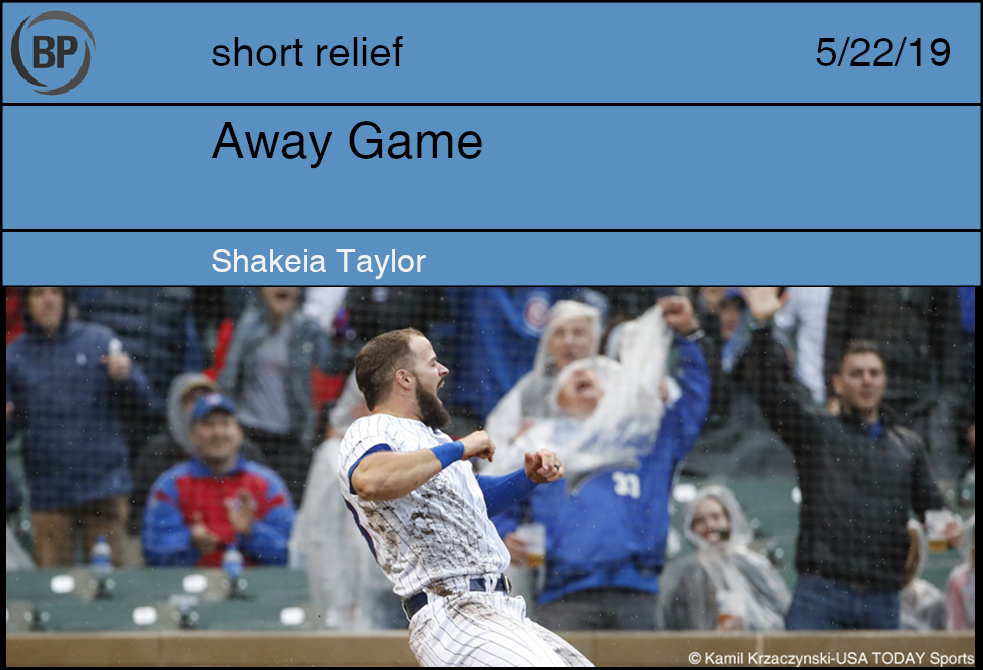 On Easter Sunday, I got a call from my uncle that my dad needed to go to the emergency room. I was at brunch with friends before a Cubs game when the call came through. I didn’t want to panic because after years of living 11 hours away by car, I’ve learned there isn’t much I can do from here, and by the time I got there, someone else could’ve taken care of whatever was needed much faster than I could’ve.

I told my friends what happened and they were sincerely concerned and immediately asked me if I wanted to go ahead and attend the game or if I wanted to skip it entirely. No one wants to spend all day stressing about their loved one’s health, but you also don’t want to appear to be careless by continuing on with your plans. It was tough, but I went to the game.

Trying not to think too much about a sick parent is super hard, but a Sunday afternoon at the friendly confines with some of your best mates can serve as a grand distraction. A few beers doesn’t hurt either.

In the bottom of the ninth, with Javy Baez on third, David Bote was up. The count was 2-1 and Archie Bradley threw a curveball that Bote got all of. Once again, he was a hero. The Cubs won the game 2-1 on a gorgeous Easter Sunday afternoon. As my friends and I cheered, and that awful song played, my uncle called me to say my dad was at home resting.

As I write this, a month later, I’m in DC visiting my dad. I just walked in from a ballgame and my dad is asleep on the living room floor. The Cubs continue to win. Things are alright. 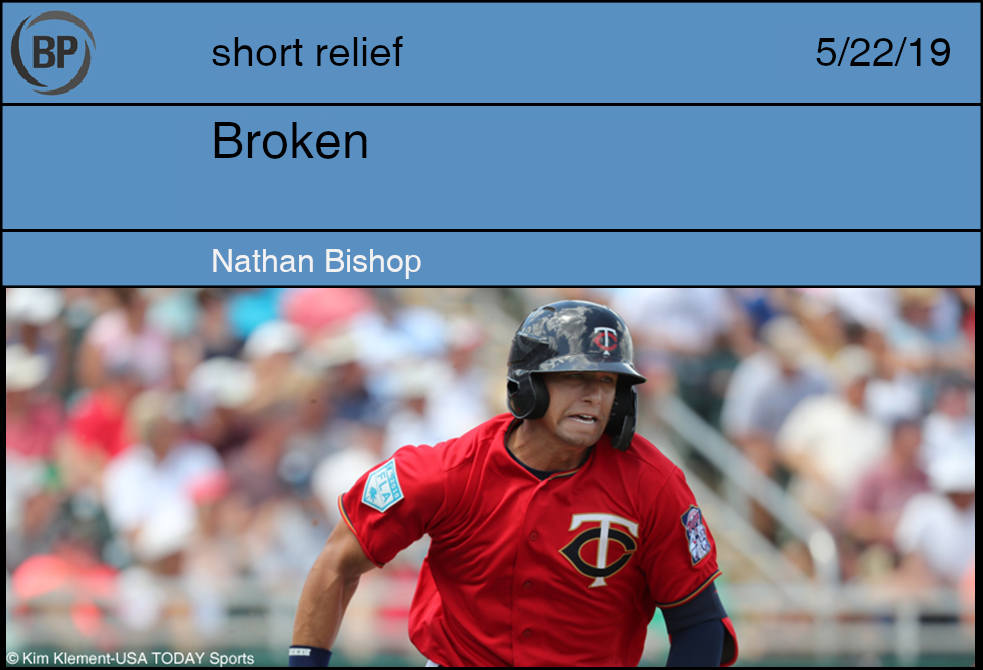 It’s supposed to be fun. It’s a game, and the way things are going most everywhere these days, games are a badly needed break. For people like myself, who have found the demands of adulthood and the realities of the world more than we really care to deal with, the game has been more. It has been the central tenet of our daily, lived existence.

Beyond that importance, well beyond that I would imagine, the game is about all that dominates Royce Lewis’ life these days. He’s a former first-overall draft pick, a millionaire before he turns 20. His daily life is filled with bus rides, and drills, and games in the parts of America we’re told to romanticize almost as much as we’re told to get the hell out of.

For Lewis, there is little else that matters but being really good at this silly game. A few days ago he hit a ball off the wall against the Bradenton Marauders. In a game where the optimization of pitcher stuff has necessitated hitters counter with home runs, home runs, and ever more home runs, I have no doubt that building power is a major portion of Lewis’ training. Having failed to do so by the smallest of fractions he did something unexpected: he laughed at himself.

the #mntwins royce lewis hits a double and does a few push-ups on second to show his team he needs to hit the weight room more and bradenton throws at him the next at-bat because….unwritten rules. pic.twitter.com/qFXATDjxhO

The way in which he laughed at himself, however, was unacceptable. The nuances and intricacies of why doing pushups at second base to mock your own lack of strength is frowned upon in this game are complex. High draft picks in the low minors are the rich kids in school, and a target for that. Lewis is also a dark-skinned young man, and the pitcher he hit his double off was very white. I have no idea how much of these and other various other factors led to Lewis being thrown at for, again, playful self-mockery, but it’s probably foolish to assume they are zero.

And so we are here. At our game we love. One that tells us the majority of its employees’ work is worth a few hundred dollars a week. One that says have fun, but if you have too much, or in the wrong way, you’re going to get a very hard object thrown very fast at your body, and you have no way of defending yourself. It’s supposed to be a game but, like everything else these days, it just feels broken. 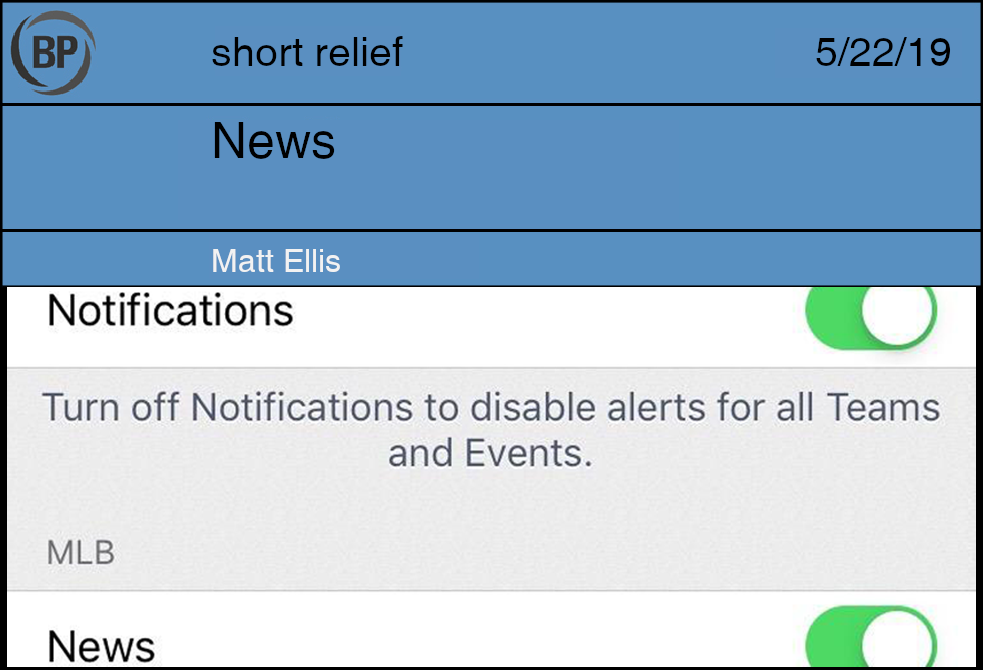 Your son was running a fever this morning before you sent him off to school, but it was low enough that you thought it would be safe. Of course, that’s not what ended up happening, not after Nurse Jackson gave you a call at nine in the morning letting you know that he was being held and that you may need to come pick him up, soon. It’s probably fine though, she said. Fine, unless, that is, I call you, I guess. You pace a little–surely, there is nothing you need to worry about, of course that is before you remember the run in you had with chicken pox last year, and just about any noise from your phone will have you wAAH WHAT IS THAT WHAT TELL ME IS HE OKAY? IS H– 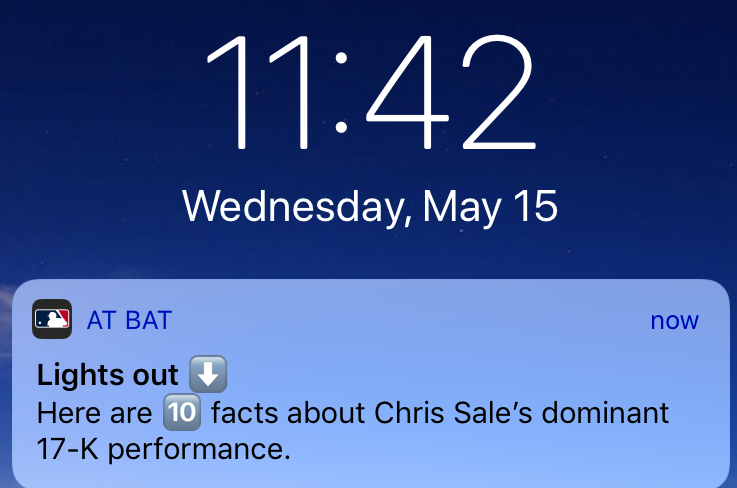 You’ve been trying to get the spreadsheets in to Corey–he has been riding your ass about them all week–but for the life of you you can’t help shake the haunting image of the President of the United States telling reporters assembled outside the oval office that he hopes there isn’t a war with Iran, as if he were watching an infection respond to antibiotics or gambling on the Cleveland Browns. Some vacant minutes later, you realize you’ve been typing into the wrong cell all along, rendering your spreadsheet useless. But before you can fix it you feel your pocket vibrate and you think oh my god what happened what could possibly require a push notification in the midst of the greatest foreign policy crisis of the past dec– 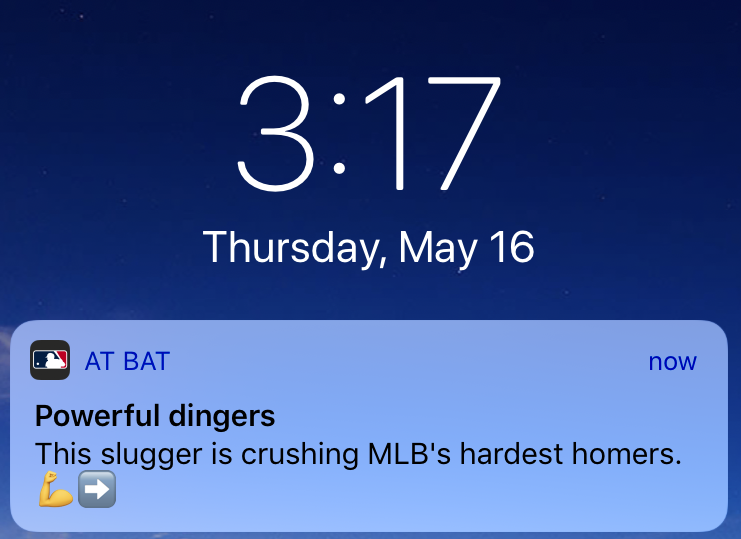 You heard once that heavy eyelids render sleep inevitable; and yet there you are, the weight pressing down on your eyes to ensure you remember every moment of the long night. You wonder if the Padres won, what they would be saying on the postgame show. Then you hear it, that thunderous buzz coming from the cheap piece of plastic sitting next to your troubled head nested in down. You decide to keep your eyes shut–perhaps it was a lead change, a walk off or even a tragedy. No value judgement could be determined by the sound alone and yet it was comforting to you, in a way, to know that something was still happening over there, that life continued three hours earlier and 3,000 miles farther, even if your sight was closed to the outcomes. You thought about how remarkable it was that we live in a world in which instantaneous communication can render electromagnetic shoulder-taps upon command to alert everyone of a missing child, a political indictment, a celebrity death, your mother making sure you are eating well. You smile as you try to drift off, knowing that whatever the face of your phone read, it was a guarantee of a future in which you, your favorite baseball team, and everyone you care about, can share temporality if not materiality together. And maybe, just maybe, the Padres won. 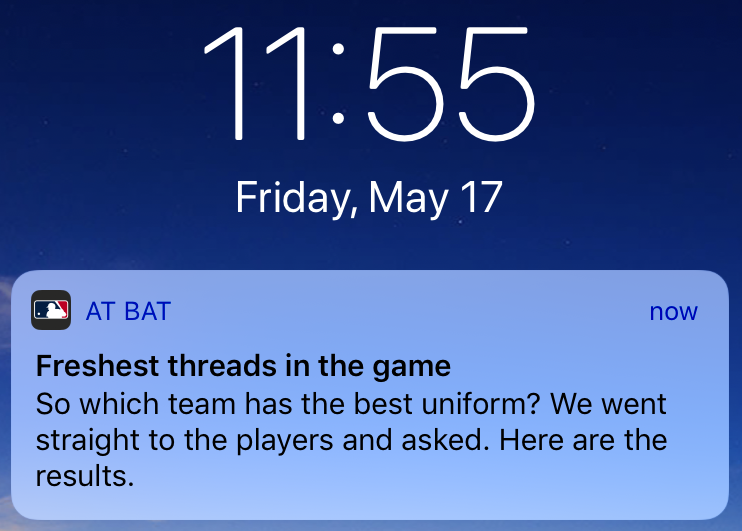 You need to be logged in to comment. Login or Subscribe
Cameron eadie
Watching and helping my children and five grandchildren within the context of baseball makes me appreciate your condor .
Reply to Cameron
Maureen mielke
Let's be real. Royse Lewis deserves condemnation for that display. Not necessarily saying he should be thrown at but c'mon that's sone thing that would be frowned upon on the sandbox nevermore professional Baseball.
Reply to Maureen
Maureen mielke
Royce and something and never mind. Pesky self spell check.
Reply to Maureen
brewerstt
The push-ups are funny and the anger about it is ridiculous. Since the game's feud culture seems to be moving towards idiocy instead of away from it, I suppose the only way to stop this is to define intentionally hitting someone and impose very onerous penalties in those cases.
Reply to brewerstt
brewerstt
Maureen, what is offensive about the push-ups? I'd like to understand. Maybe I'm way off base.
Reply to brewerstt
Maureen mielke
I mean if you do it in the dugout or something not a big deal. But in the field of play while the games is being played?

In isolation It's not a big deal but if every player starts one upping each other with these "displays" it come across as too much look at me and makes a mockery of the activity.
Reply to Maureen
Llarry
But is it necessarily "Look at me!", or could it be, "I'm making an inside joke for my teammates, and the pitcher and the fans just don't figure in it at all"?
Reply to Llarry