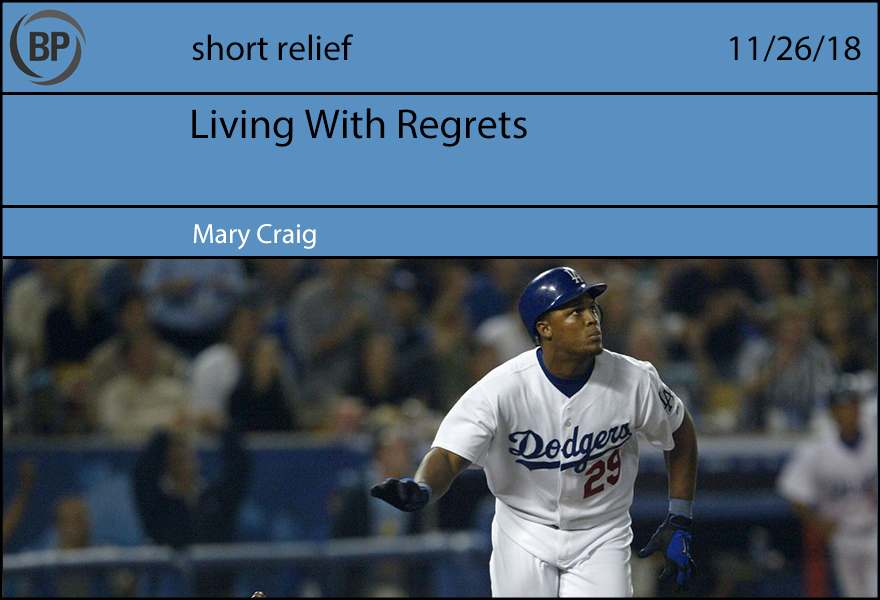 Baseball is a game built on failure, and the successful separate themselves through their ability to cope with failure. In many cases, coping with failure begins with accepting its enduring presence without dwelling on it, when the objective becomes living without regrets. Of course, this goal is inherently unachievable; every day players encounter regrets large and small. Yet the platitude remains a permanent feature of baseball, frequently cited by retired players when they reflect on the privilege of playing professional baseball.

Adrián Beltré, the most recent player to retire, inserted no such line into his retirement statement, merely thanking those most instrumental in his career. This should not be particularly surprising, not only because he was never one to deal with clichés but also because his exemplary career appears to leave little room for even the passing thought of regret. He made the majors at the age of 19, was a free agent by 24, and compiled a résumé surpassed only by the likes of Willie Mays.

Yet regret in its many forms is embedded in his baseball story. It was 1994 when Beltré signed with the Los Angeles Dodgers for an unnoteworthy $23,000 bonus. He made the majors in 1998, demonstrating his skill with the bat and the glove before the largest audience of his career to that point. But there was a problem. When the Dodgers signed him in 1994, they unilaterally forged a birth certificate to make the 15-year-old meet the age 16 requirement for international amateurs.

After months of the team insisting it was Beltré’s family who had committed the forgery in order to get the young teenager to America, MLB finally determined the Dodgers were culpable. The franchise was fined a paltry $50,000, the scouts involved were given a one-year suspension, and Major League Baseball established an office in the Dominican capital of Santo Domingo to oversee future signings. After that point, the incident was rarely discussed.

It’s difficult to say precisely what combination of Beltré’s talent and MLB’s attitude toward Latin American players enabled Beltré’s career to exist beyond the age controversy which destroys so many others, but exist it did. In a sense, I suppose, it’s good that Beltré’s career was not defined by this forgery. In his 21 years, he was time and again the type of player Major League Baseball sorely needed. He presented highlight reel play after highlight reel play, each accompanied by a showing of personality that led the way for the likes of Javy Báez and Yasiel Puig.

His age did not define him, and he built a career on overcoming failure, both his own and that of those around him. But we are not him. We are free to regret those tense months of 1999 and each one that followed. And now, almost 20 years later, we have the privilege of preventing others from living with these same regrets, large and small. 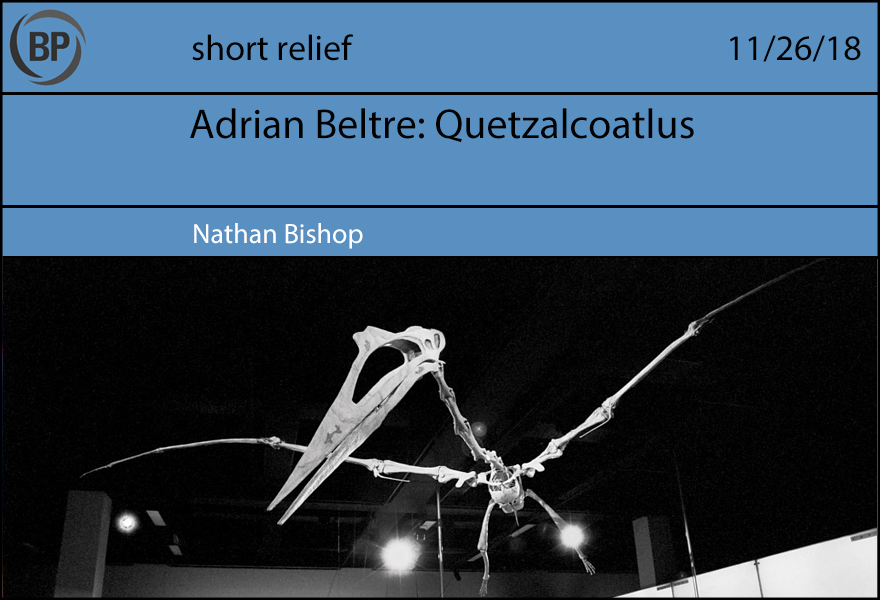 The quetzalcoatlus was the largest flying creature that ever existed, the lord of the cretaceous skies of the Texas Plains. I’s wingspan is thought to be as large as 39 feet, or roughly four stories. They remind me of Adrián Beltré.

If we insist on trying to capture a single, enduring memory of Beltré the player, I cannot think of any better than the ferocious athleticism with which he charged the the dribbler up the line. It is maybe the most difficult play the hot corner demands, requiring flexibility, eye-hand coordination, arm strength, and above all, zero hesitation or error.

No third baseman has ever done it like Beltré, who swooped on the ball with the savagery of those massive, prehistoric birds of prey. He perfected a subtle technique of slightly overrunning the ball, which allowed him to field it with his bare hand and throwing arm already pre-cocked, at which point he would pivot his torso and, efficiently transferring the momentum of his body, whip the ball nearly underhanded, at about 90 miles per hour, with flawless accuracy. The entire performance takes less than a second, about fifteen different movements, and decades of practice coupled with 99.99999th-percentile athleticism.

Beltré may have more people who love him for his personality and joyous play style as they do his actual contributions to victory, and there is nothing remotely incorrect with that. However, as his greatness coasted along, our celebrations of his ongoing spats with Elvis Andrus and Félix Hernández, his head-touching phobia, and his deft weaponization of the on deck circle as passive aggressive shame tool seemed to almost obscure his on-field contributions.

One of my favorite things about baseball is its many doors of entry, which allow for such a diverse group of peoples to play, watch, and enjoy it. It’s a quality I’ve often seen reflected in the sport’s greatest players. There are as many reasons and ways to love watching Adrián Beltré play baseball as there are fans of baseball, and none greater than the other. For myself, I choose the microseconds after a weak dribbler to third. The ball woundedly limping across the grass, the desperate flee by the baserunner towards the safety of first, and the enormous shadow of Adrián Beltré swooping forward; the Great Quetzalcoatlus of the Texan Plains.