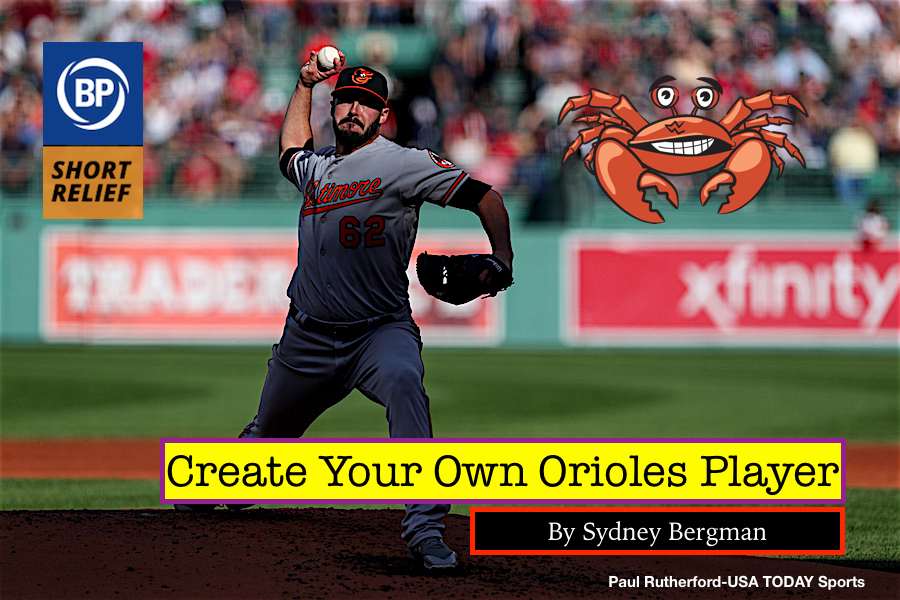 In light of the Orioles having a fire sale for their fire sale – and giving the baseball world a look at exactly what the ‘replacement’ in wins above replacement means – a modest (?) proposal.

Create your own (edible) Orioles player using two things near and dear to Baltimorians’ hearts: the parts of a crab and Old Bay (or an Old Bay imitation recipe). 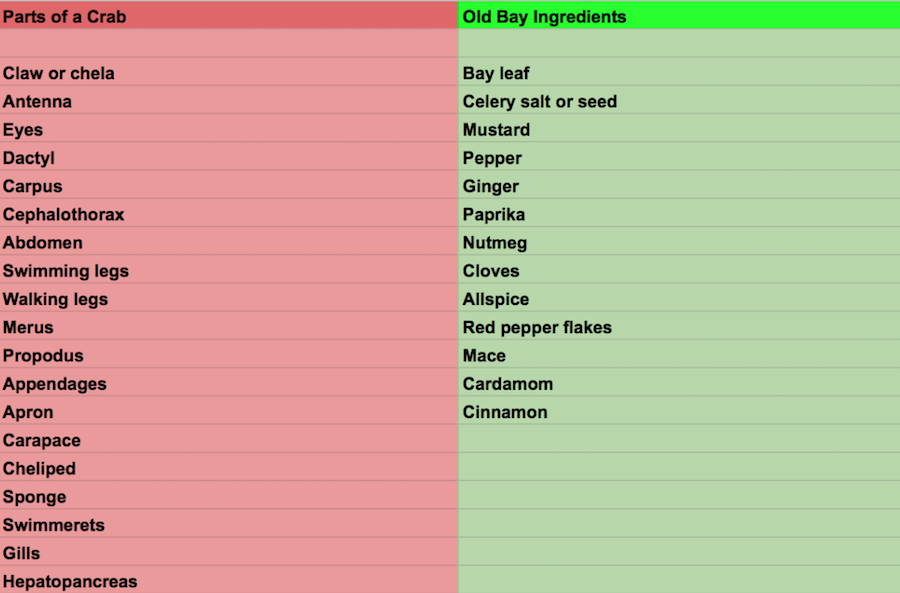 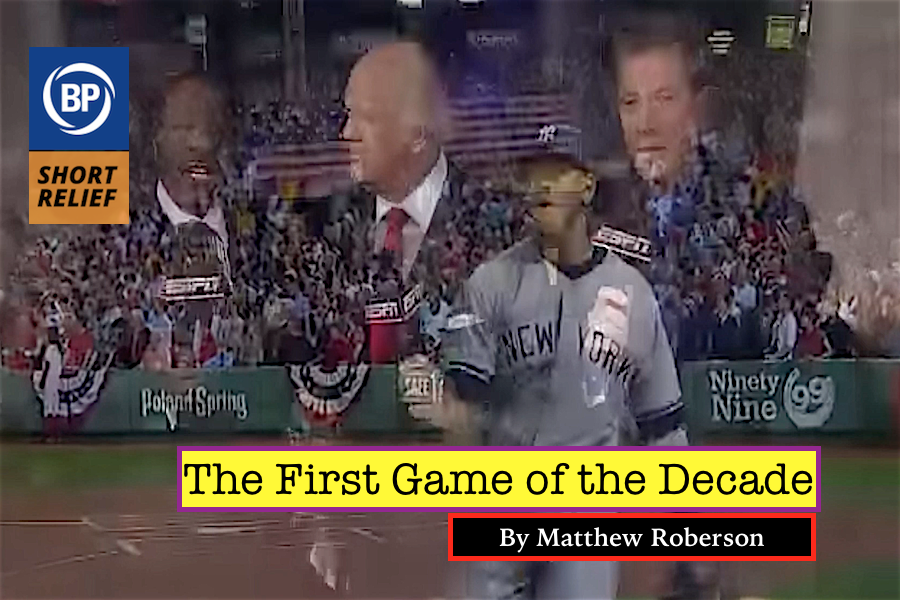 *stares directly into the camera*

What is ten years in the billion year history of the universe anyway? A mere blip on the expansive radar. But in the much shorter history of Major League Baseball, ten years can represent an age of innovation, development, or whatever the Marlins were doing throughout the 2010s.

In looking back at the start of this decade, the very first game was, fittingly, a Sunday night Red Sox-Yankees affair, in which Derek Jeter grounded out to short off of the very first pitch. The 9-7 Red Sox win featured players like Randy Winn, Mike Cameron, and Chan Ho Park, who will forever be associated with past epochs, but also offered a fun peek at the next ten years to come.

Bad pace of play? You bet! This was a nationally televised game at Fenway, so naturally it took three hours and 46 minutes. Extensive bullpen use? Duh, 11 combined pitchers to be exact. Was Brett Gardner there? Of course he was! Brett Gardner will never die!

The 2010s’ maiden voyage still had the stench of pre-woke baseball, though. For instance, modern baseball has mostly reached the consensus that the second spot in the lineup should go to a team’s best hitter, although that realization didn’t totally click until the latter part of the decade. 54 percent of Mike Trout’s career plate appearances have come as the two hitter, and the Angels didn’t even fully embrace that until halfway through his sixth full season. The Yankees’ two-hole hitter in this one? 31-year-old Nick Johnson, sandwiched between Jeter, Teixeira, and A-Rod. Not to be outdone, Terry Francona penciled David Ortiz and Adrián Beltré into the fifth and sixth spots in the order, as Víctor Martínez and Kevin Youkilis were deemed more useful than the future Hall of Famers.

Life has a way of reframing past accomplishments with age. One day you’re parading through the Canyon of Heroes, fresh off your seventh World Series appearance in 14 years, and in a matter of months you’re on the wrong end of a Scott Schoeneweis scoreless inning. People you once couldn’t imagine living without become mere footnotes in your larger story. When’s the last time you called Uncle Curtis? Old friends, classmates, and co-workers fade into the mental mishmash of a bygone period. You can’t keep in touch with everyone. Eventually they’ll move back home, or get a new job that pays them a lot more for some reason, or express their political opinions in a super annoying way. Looking at you, Papelbon.

While we all cling to our favorite slices of time, ultimately it’s the feeling from those times we’re chasing rather than the tangible ingredients. As we move bravely into a new decade, remember that it’s baseball as a concept that puts that feeling in our chest, and dropping emotional anchors on its fleeting players can be a recipe for heartbreak. Even Dámaso Marte can’t play forever. 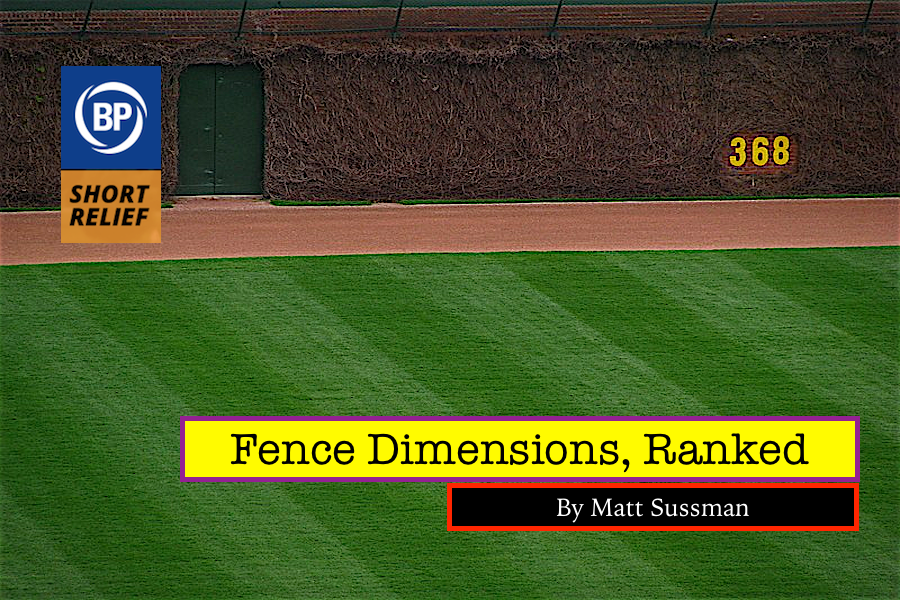 In the city of Laces Out, they’re moving the Fences In. Marlins Park is sculpting their stadium to allow more home runs. They also released Wei-Yin Chen, which is suddenly a chicken-egg situation. They’re trying to find the perfect spot for them walls, and if they’re reading this, you’ve come to the right place. Here’s a ranking of the best places for fences: