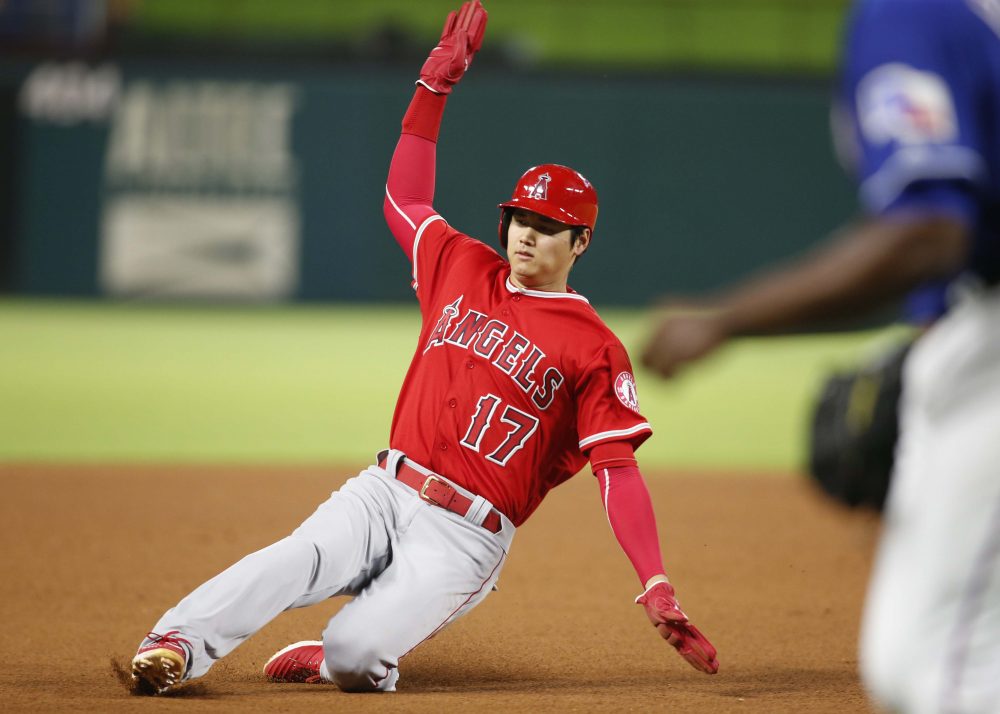 For two months, Shohei Ohtani delivered on every abundant ounce of the preseason hype surrounding him. As a pitcher and as a hitter Ohtani was electrifying, must-see baseball every game he played. Then, in June, Ohtani was diagnosed with a sprained MCL. He has continued hitting at an elite level, but Sunday night marked Ohtani’s first start in approximately three months. He struggled, retiring just seven batters and steadily leaking velocity throughout the outing. Afterward, manager Mike Scioscia was quick to claim that the velocity issue was not UCL-related, no sir, thank you very much.

That illusion has been shattered. An MRI revealed further damage to Ohtani’s MCL, which had not fully healed in the first place. Doctors have recommended the dreaded Tommy John surgery, which would cost Ohtani his 2019 season, at least as a pitcher:

#Angels say Shohei Ohtani has new damage to his UCL ligament and Tommy John surgery has been recommended.

Ohtani has not yet decided whether he will follow this recommendation or if he will once again attempt to forego surgery. But he is back in the lineup as the Angels’ DH, his sole role for the rest of the season. And although it was a thoroughly depressing day in the world of Ohtani, the day also created some highs to go with the cratering low of the injury announcement.

In his first official at-bat following a first-inning walk, Ohtani dribbled a chopper to the left side of the infield and shifted into high gear, accelerating to a top speed of 29.4 ft/sec as he raced the throw from Adrian Beltre to first base. (It was Ohtani, by a nose.) Two innings later, Ohtani got around on a fastball from Austin Bibens-Dirkx and launched it into the bleachers by way of the stratosphere, a towering pop fly with a 45-degree launch angle that the park just could not keep contained. And then in the eighth Ohtani flexed his muscles again, blasting his second homer of the game just beyond the glove of Anthony Alford:

Ohtani’s pitching career is on hold for now, and that is a tragic loss for the game of baseball. But as we were reminded last night, that doesn’t mean you should sleep on him in the slightest.

Trevor Story would’ve been the Takeaway most nights of this season. He lost his balance in his first at-bat, fell swinging at a 2-2 pitch off the inside corner—and still sent a laser beam over the left-field bleachers and off the concourse for a solo home run.

Story landed awkwardly on his back leg as he fell, and you could be forgiven for thinking he might have hurt himself. But his next at-bat didn’t just put those fears to bed, it vaporized them. Story reached down and got a 1-1 fastball and obliterated it, leaving no doubt about the second home run. This one was further off the foul line but still cleared the bleachers with ease. The tale of the tape came back at 505 feet, the longest ever recorded by Statcast by a solid foot!

Story already had done enough work for the day, but in the sixth, he took Andrew Suarez deep for the third time to break the 3-3 tie:

The Rockies added an insurance run and won 5-3.

When an organization trades away a player they generally wish them well with their new team. Given the choice, though, every team in history would prefer that the player they traded away doesn’t come back to do anything noteworthy and good against them, ever. The Washington Nationals sent Matt Adams to the Cardinals in August, and those teams met at Nationals Park. In front of a once-friendly crowd, Adams plagued his former team with a three-run home run, followed by a solo shot, and the Cardinals kept pace in the NL Central with a 7-6 victory:

It’s not quite right to set off a Walk-Off Alert since the Red Sox were the visiting team, but Brandon Phillips delivered some heroics in his first game for Boston. His new team down a run with a runner aboard in the top of the ninth, Phillips got the chance to live out every kid’s dream and he seized the day, launching the ball into the seats to flip the lead around. It stood up as the game-winning home run:

The Cardinals opened up a 3-0 lead over the Dodgers in the first inning at LA, but a 3-0 lead can be chopped down pretty quickly if you’re persistent about it. With Bryce Harper on second, second baseman Anthony Rendon floated a bloop single in front of a diving Harrison Bader, who was just short of catching the ball.

Not that he needed to, or anything. Bader recovered from the crash landing instantaneously, popped up, and delivered an absolute strike to the plate, retiring Bryce Harper by several steps. Statcast put the throw at 94.2 mph—and it was right where it needed to be, with pinpoint accuracy, too:

There are just five games on the slate. The Blue Jays traded former franchise cornerstone Josh Donaldson to Cleveland, and he is rehabbing with an eye to the postseason. Cleveland and Toronto also play today, with Shane Bieber and Sam Gaviglio pitching for their respective teams.

The pitchers in Braves @ Diamondbacks are separated by just .01 points of ERA. That they are Zack Greinke, along with a surprisingly resurgent Anibal Sanchez, is somewhat of a shock, though. Those two weren’t supposed to look so similar.