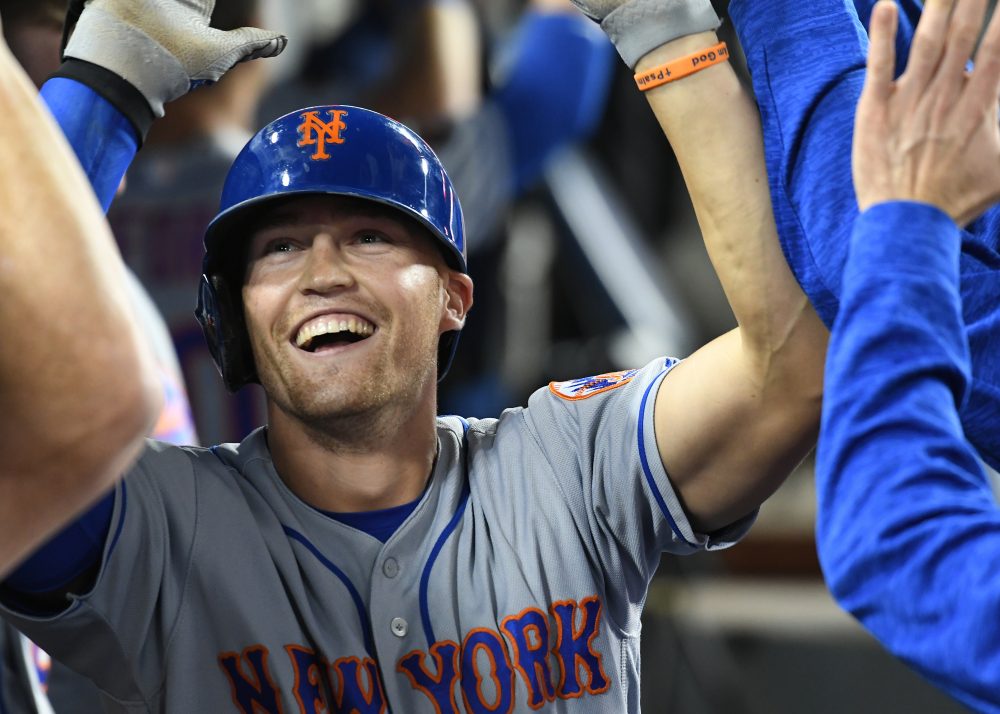 Marvel movies are known for their post-credit scenes. After the credits roll in Age of Ultron, we see Thanos recover his Infinity Gauntlet from his vault and declare “I’ll do it myself.”

Jacob deGrom does not possess an Infinity Gauntlet, as surprising as that may seem given his 1.68 ERA, nor does he own any individual infinity stone for that matter. He does, however, do it himself.

This is becoming something of a trend in recent weeks. deGrom will go out and shove, and also drive in his only run of support. It’s insanity. The Mets, being the drunken Pauly Shore comedy that they are, often lose these games despite deGrom’s efforts.

Imagine where the Mets would be without deGrom and Nimmo. They’re not exactly anywhere with them.

deGrom didn’t get the “W” this time, but the Mets did. They remain as committed as ever to getting their ace some wins. That shouldn’t matter come award season. With any justice, deGrom will by the Cy Young winner. He should probably be the MVP as well.

Okay, let’s do some film study.

Should Kris Bryant have come home with that ball?

After tagging third? No. Watch closely. Keon Broxton is practically sliding home by the time Bryant begins to throw to first base. Broxton is really fast.

Should he have come home immediately, and not worried about tagging third? Probably, yeah. He didn’t, and the Brewers won. Whoops.

To be fair, again, Broxton is really fast. It would have required a perfect throw from a tough angle. But Bryant didn’t make the right move.

It’s a close game. Your starter gets chased early, but it’s close. It’s time to bring in your first reliever. It’s September, so you have no shortage of arms down there. You choose… AJ Cole.

Aaron Boone certainly made his choice. He brought Cole in to face the heart of the Oakland order, and it went about as well as you’d expect. And then he kept him out there long enough to give up a home run to Mark Canha.

Oakland is now just 3 1/2 games back of the first Wild Card spot.

Something positive happened for the Orioles? Wild.

No day baseball today. Pity. You’ll be forced to wait until 7:05 p.m. to watch the Cardinals and Nationals. Miles Mikolas and Erick Fedde will be the starting pitchers.

You’re encouraged to watch the Brewers and Cubs at 8:10. Grudge matches are always more fun in the NL Central for some reason. Mike Montgomery and Wade Miley will face off in a true clash of the Titans.

Then at 10:10, the Yankees and A’s are must-see television for those of you looking for a Wild Card game preview. J.A. Happ will oppose opener Liam Hendriks.