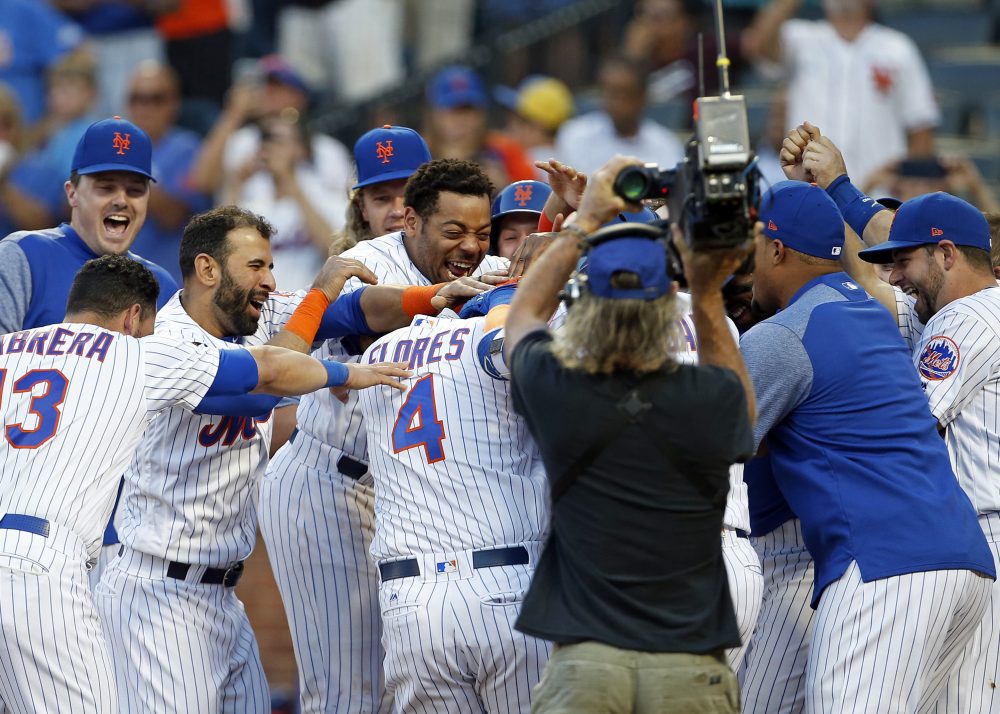 Not to reuse a lede that I have used more than once, but…

Let us consider, for a moment, the Mets.

There are constants when it comes to Metsdom. Many of them are unpleasant. They’re familiar enough that I don’t need to list them here. They are constants that serve only to hurt and dishearten.

Sometimes, though, there are threads of Metsdom that aren’t so bad.

Even though his entire career trajectory seems to be hurtling towards a stint as a mid-30’s everyday first baseman for the Rays, Wilmer Flores is the sort of player that every team loves to have. He’s a player that fans have latched onto and cherished. Despite it all, Flores wants to be a Met. He wept when he thought he was being forced to leave the team.

Since that so very human moment, he’s shown time and again that he has a knack for winning games. Case in point:

You heard that right. Flores has the most walk-off RBIs in Mets history. That’s no small thing.

There are Metsian constants. Not many of them are good. Wilmer Flores is absolutely, unquestionably, one of the good ones.

And now, back to our regularly scheduled Metsing. The nightcap of the double-header didn’t go so well for New York.

Aaron Nola is a joy to watch. You can’t really blame the Mets for getting wrecked by him on the mound. Maybe you can hold the three-run double against them, though, especially when that accounted for Philadelphia’s entire scoring effort on the night.

With a shutout win over the Astros, they’ve now won 17 of their past 21 games. That’s pretty damn good.

Oakland is legit. They’re still six back of the Wild Card, but there’s still plenty of baseball left, and crazier things have happened. It helps when you get six scoreless innings from Frankie Montas against the reigning champs.

Kyle Hendricks looked like the good version of himself. He threw 8 1/3 innings of one-run ball while walking just one and striking out eight.

And here’s the second:

Kick things off with the Brewers in Marlins at 7:10 p.m. Milwaukee is one of the most fun teams in the game right now, and the Marlins are surprisingly watchable. But yeah, it’s Lorenzo Cain and co. who are the main attractions here. It’ll be Jhoulys Chacin and rookie Pablo Lopez on the mound.

Moving west, the A’s and Astros are going to be must-see TV. Oakland is red hot right now, and the Astros, of course, are the Astros. Sean Manaea and Justin Verlander will go at it at 8:10 ET.

And then we’re going to watch even more of the AL West. The Mariners and Angels play at 10:07, and the starters will be Mike Leake and Garrett Richards. If nothing else, you probably don’t watch enough Mike Trout.