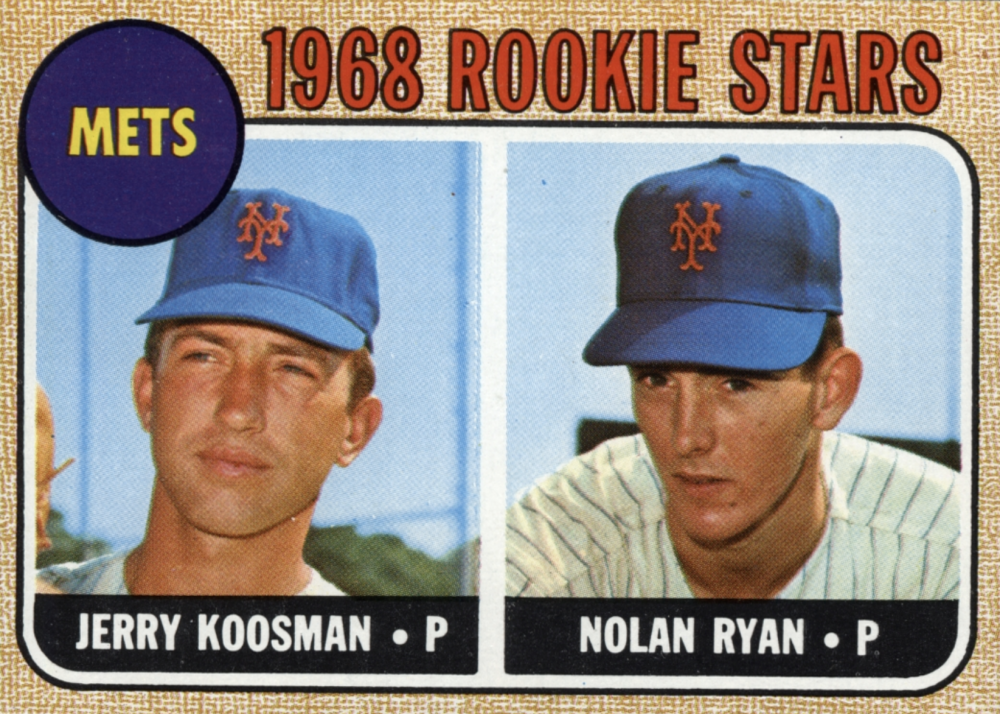 Note: Click here for an explanation of this series, which recaps the past week in baseball 50 years ago.

The 1969 season would see Major League Baseball expand to three new cities (Seattle, Montreal, and San Diego) and re-establish itself in a fourth (Kansas City). But in 1968, baseball began in a new venue as well, with play commencing on April 17.

… [T]his stadium is a superior place to play. The fact that the field is sunken protects it from the wind. Although the flags on the center field rim stood stiff in the breeze, it was relatively calm on the actual playing field.

This compared well with Candlestick Park, where the Giants play. There were other favorable comparisons. For instance, the entire playing field was visible to nearly all the fans. … The individual contour seats … are comfortable and angled toward the field.[1]

Imagine, a ballpark where the seats afford a view of the field and are angled toward it! Care to guess the identity of this baseball viewing Shangri-La?

It’s the Oakland Coliseum, now known as the Oakland-Alameda County Coliseum, the ballpark with the flooding sewage system that the A’s are desperate to vacate. The A’s home stadium—now the fifth-oldest in MLB[2]—is a relic of the multipurpose stadium era, built to house both the A’s and the AFL’s Raiders.

Charlie Finley, a millionaire insurance executive, bid on the Philadelphia A’s in 1954 but lost out to Chicago real estate developer Arnold Johnson. Johnson moved the team to Kansas City, where it played beginning in 1955. Johnson died suddenly of a stroke in March 1960 at age 54, throwing ownership of the A’s into limbo. Given a second chance to own the franchise, Finley bought a controlling interest in the team and bought out the minority owners in 1961, gaining full ownership of the club.

Finley is remembered for his penury, battles with commissioner Bowie Kuhn, and the success of the 1971-1975 teams, which won five straight American League West titles and three straight World Series. But he was a showman as well. In one of his first actions upon taking over ownership of the A’s, he bought a bus, pointed it toward New York City, and set it on fire, to symbolize the end of the perception that the A’s were a MLB-level farm team of the Yankees.

Almost immediately, there were concerns that Finley would try to move the club. He demurred, stating, “My intentions are to keep the A’s permanently in Kansas City and build a winning ball club. I have no intention of ever moving the franchise.”

In a show of earnestness, he called a press conference to burn the lease on Kansas City Municipal Stadium, which had an escape clause if the team failed to draw 850,000 fans in a season. Liar, liar, pants (and lease) on fire. The “lease” he burned was a standard commercial lease available at any stationery store. It was a meaningless prop. The original lease was still in effect, and Finley worked tirelessly to extricate himself from it. From 1960 to 1967, the A’s never came within 75,000 of the 850,000 minimum.

In January 1964, Finley signed an agreement to move the team to Louisville, Kentucky. The American League owners turned him down, by a 9-to-1 vote. (The lone vote in favor was Finley’s.) A few weeks later, he proposed moving the team to Oakland, and was again denied, 9-1. American League president Joe Cronin was able to persuade Finley to sign a four-year lease for Municipal Stadium, running from 1964 through 1967. In response, voters in Jackson County (where Kansas City is located) approved a bond issue to build a new baseball stadium to be completed in 1973.

That didn’t stop Finley, who finally got permission to move the A’s to Oakland after the 1967 season. Missouri Senator Stuart Symington, on the floor of the Senate, ripped into Finley, tastefully calling Oakland “the luckiest city since Hiroshima.” He threatened legislation to void baseball’s antitrust exemption and its Reserve Clause. In response, American League owners voted to expand into Kansas City in 1971. That wasn’t soon enough for Symington, whose threats cajoled the owners into expanding in 1969 instead.

The A’s lost their home opener, 3-1 to the Orioles, in front of a reported crowd of 50,164. The stadium had a listed capacity of 50,000, prompting The Sporting News to remark, “Although this was 164 over the stated baseball capacity of the stadium, there were a few empty seats. Perhaps it holds more.”[3]

In other games, Pirates pitcher Al McBean, who had been used primarily as a reliever the prior five seasons (16 games started, 257 relief appearances) recorded his second and third straight complete-game wins in the week ending April 22, topping Houston 13-4 and San Francisco 10-0. The Mets got a shutout from rookie Jerry Koosman (3-0 over the Giants), but it was their only win of the week, as the bullpen blew a lead for another rookie, Nolan Ryan, who struck out 11 and scattered six hits and four walks over 7 1/3 innings in a game the Dodgers won, 3-2.

In the American League, 1967 Rookie of the Year Rod Carew was the first AL player to get four hits in a game in 1968 as the Twins topped the Yankees 5-2 on April 21.

During the week, the National League voted to follow the American League’s lead and expand from 10 teams to 12 in 1969, splitting into two six-team divisions. The league indicated that it would choose among San Diego, Buffalo, Montreal, Dallas-Ft. Worth, and Milwaukee for the two expansion teams.

Writer Lloyd McGowan reported that one city, in particular, had little chance of being chosen, noting:[4]

Longtime Montreal baseball men see little or no chance of a National League franchise coming here in 1969. Too many drawbacks are apparent, starting with the unpredictable weather in the early spring and autumn.

You need to be logged in to comment. Login or Subscribe
jfranco77
I mean, compared to Candlestick, Oakland could legitimately be called a baseball viewing Shangri-La...
Reply to jfranco77
Rob Mains
Not gonna argue.
Reply to Rob