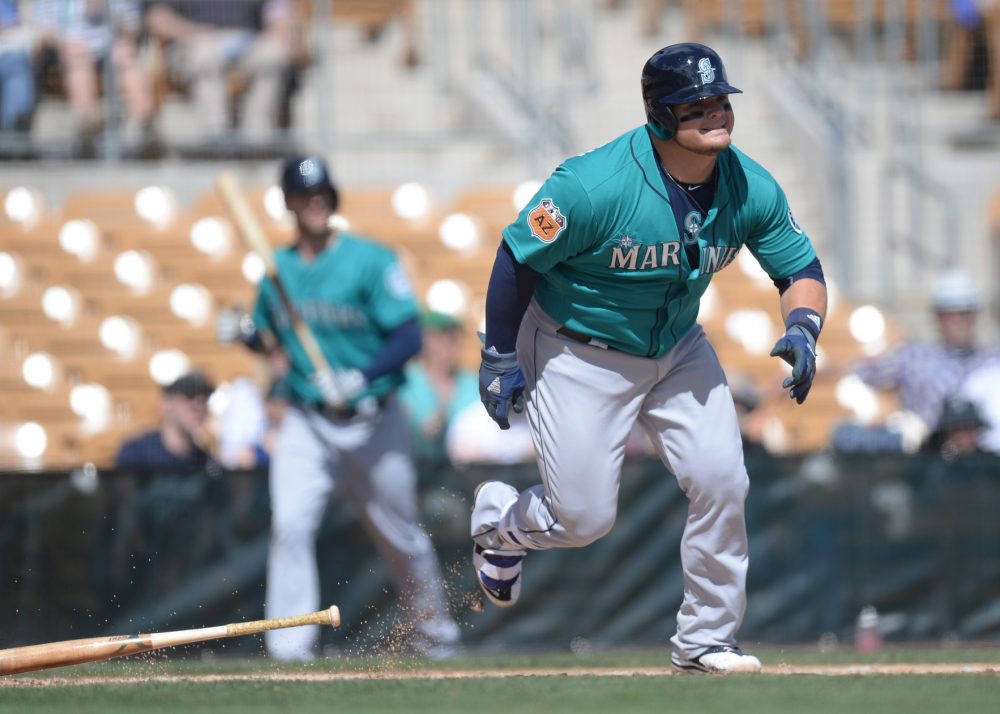 According to this season’s PECOTA projections, which were released yesterday, the Mariners are expected to run neck-and-neck with the Rays and Twins in the race for the second Wild Card slot in the American League. With the league as stratified as it is, it doesn’t seem likely that any of those three clubs—or any of the lesser lights of the junior circuit—will either threaten their division’s top dog or push past the loser of the Yankees/Red Sox race in the East for the first Wild Card position, so the footing on which they stand may be even, but it’s not firm.

Whereas the Twins are a youngish team with a wide range of possible outcomes, the Mariners are one with an established and stable veteran core. Their long-term commitments to Kyle Seager, Jean Segura, and Robinson Cano give them, in particular, an impressive trio of infielders with substantial track records, and PECOTA projects that group for 8.7 WARP. Nelson Cruz, Dee Gordon, Mike Zunino, and Mitch Haniger form a strong second positional group, with PECOTA forecasting 9.1 WARP. Then there are Benjamin Gamel and Guillermo Heredia, who figure to platoon in left field and from whom PECOTA expects an acceptable 1.4 combined WARP.

Taken together, that’s 90 percent of a very good lineup, but the Mariners always seem to have an awful time finding that final 10 percent. In the great tradition of the recent Mariners teams, this year’s roster looks likely to get below-average production from their first basemen—and if they’re not careful, that could be what stops them from getting back to the postseason (if only technically) in 2018. The last Seattle first baseman to turn in even 2.0 WARP in a season was Russell Branyan, in 2009. In fact, Danny Valencia’s modest 1.2 WARP in 2017 was the highest since then.

This season, Ryon Healy is slated to be the team’s primary first baseman, after the team gave up a good, young reliever (Emilio Pagan) to get him from the A’s early in the offseason. Color PECOTA unimpressed: Healy projects for 0.9 WARP in 581 plate appearances. That shouldn’t come as a huge shock, either: Healy is a right-handed hitter with a bunch of power but middling plate discipline. He demonstrated some command of the strike zone in the minor leagues, but it’s pretty clear that at the big-league level, he’s unable to reliably tell balls from strikes.

Under general manager Jerry Dipoto, the Mariners have emphasized plate discipline to a greater extent than perhaps any other organization in MLB, which makes Healy a peculiar target for them. It might be that they believe they can restore Healy’s former approach without sacrificing his burgeoning power.

Interestingly, if the Mariners were willing to make the opposite bet—on a player whose plate discipline is already strongly in evidence, but whose power has developed less encouragingly—finding more pop as they enter their prime, they wouldn’t have needed to trade for Healy. Dan Vogelbach has had two very bitter cups of coffee over the last two seasons, with 44 combined plate appearances, 15 strikeouts, and no home runs. In the minors, however, Vogelbach has continued to hit for good averages and control the strike zone immaculately.

In those four stints across three seasons (the only ones in which he’s gotten any extended look), Vogelbach struck out 260 times and walked 230 times. He’s a polished and proven hitter at this point, but that provenance has not held up to the limited scrutiny big-league pitchers have had a chance to undertake. Given the position the Mariners are in—not only in the American League, but with their fans, who have waited longer to see their team reach the playoffs than any other fan base in MLB—waiting and hoping for Vogelbach to figure it out quickly was not an option.

With that said, while the general sense of things is that Healy has supplanted Vogelbach, the team shouldn’t be too quick to move on. In fact, PECOTA says they would do well to give their left-handed slugger-in-waiting one more, longer look.

Healy is certainly the superior defender. Vogelbach is probably (although by no means certainly) more vulnerable to same-handed pitching, so he’d likely underachieve those numbers in a more complete seasonal sample, even if PECOTA is right about his true talent. Then again, if PECOTA is right about Vogelbach’s true talent, he and Healy could form a very dangerous platoon.

Projections aren’t gospel. We must weigh the half-decade of scouts’ ambivalence toward Vogelbach. We must consider that Healy has lately traced a sharp upward arc, while Vogelbach has plateaued developmentally just when one might have hoped he would take off. We should take into account that Vogelbach’s physical type is not as conducive to success in the majors as is Healy’s, although we also must make sure not to dismiss Vogelbach as a prospect just because he’s built like a left guard.

Most importantly, though, the fact that the Mariners (and most people, including some whose tendency is to prefer batters with high on-base percentages and to trust numbers over the eye test) prefer Healy should make us stop and take stock of the current way baseball works. Obviously, the global offensive trend is toward runs being created (more than ever before) via long hits, and away from walks and singles. The game does not favor players with Vogelbach’s skill set anymore. There’s a question that needs to be teased out and answered here: is conventional wisdom obsolete?

For decades, there have been players like Healy and Vogelbach, developing almost in lockstep, but on very different tracks. Teams have tended (especially over the last 20 years or so, since the suffusion of sabermetrics throughout front offices) to prefer guys like Vogelbach—ones who demonstrate polish and plate discipline, and whose bodies promise to eventually deliver power. Maybe the underlying principle there (the idea that power comes last, for good hitters) is no longer true. Maybe, in this age of launch-angle analysis and pitchers who can both light up the radar gun and pound the zone, good hitters in the upper minors are no longer as certain to translate those talents to the majors, and maybe guys whose primary skill is guessing, creating leverage, and driving the ball out of the park are more likely than ever to make that transition well.

The evidence that teams believe this is mounting. The results tend to testify to the wisdom of those teams’ beliefs. So far, PECOTA is not buying that the pendulum has swung so far toward players like Healy that he should be expected to perform as well as Vogelbach. If the Mariners are smart, they’ll hold onto Vogelbach and let this play out. It’s possible, however, like PECOTA might eventually need to evolve.

You need to be logged in to comment. Login or Subscribe
jssharo
Let's see... the Mariners two weakest positions are 1b and LF, and improving at those two slots might be the difference between the post-season and not. Let's think...what possible way could the Mariners improve themselves at those two positions? Are there good free agents available for those two slots at this late date in the market? Hmmmm... (Yeah, I know their payroll situation, etc, etc. just saying...)
Reply to jssharo
James Berger
Mike Ford is an option also I believe ...
Reply to James
John Farrell
Call me crazy, but I like Healy. I think the Mariners stole him. Sure he's a hacker, but he's got great bat speed and I'd like to believe his putrid defense at 3B was weighing on his mind as he tried to maintain his spot in the lineup. Still, there is no denying Billy Beane felt his DH like abilities would be better off elsewhere. I'm not ignoring that, but 25 and 78 doesn't grow on trees, contrary to popular opinion, and he's going to improve with the stick. A little discipline and he can move into a 5-6-7 slot IMHO. It's amazing how many teams don't do what Beane just did; OK, Chapman and Olson are my corner guys...I need that DH spot to experiment. I know where we are with Healy and this team isn't going anywhere in this ballpark. I have a few other players I'd like to rotate through the DH slot, why don't I sell high on Healy while he's young and has some value? More AL GMs should be as aggressive, but if I'm the Mariners I do this deal all day long. If Healy can relax and not offer at the first pitch whenever there is a runner on base he'll certainly outperform Danny Valencia and maybe take a big step forward. I can sense Pecota's skepticism (The Shredder before The Shredder I guess), but Vogelbach would have been given more of a chance last year if they had real belief in his OBP. Just my two cents...Healy may flop, but the Mariners had nothing to lose and I don't think 30 and 90 is out of the question. They'll certainly be more base runners in front of him now that he's out of three true outcome Oakland. Not bad for the MLB minimum I say. You can have the heretofore overpaid Napolis, Morrisons and the like. Healy's bat is better than folks realize. At least I think it is. We shall see.
Reply to John
chrisweikel
Good thoughts but the A's will be playing Khris Davis at DH most likely further limiting the opportunities for Healy
Reply to chrisweikel