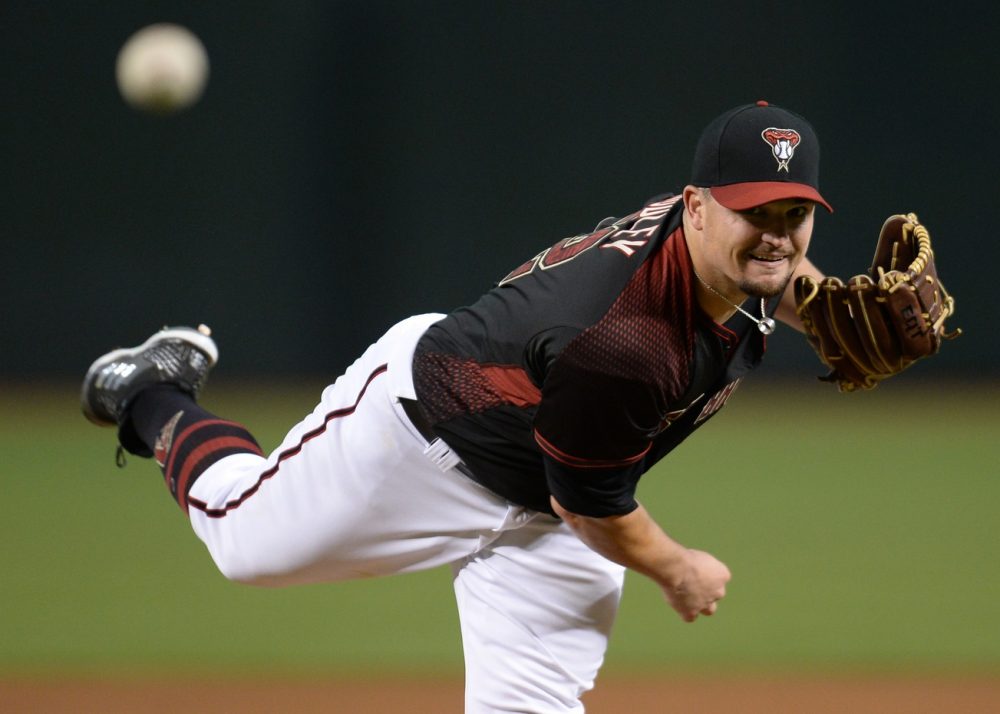 When I was young, in the late 80s and early 90s, the award for best control pitcher had one nominee: Bob Tewksbury, of the Cardinals. The right-hander certainly fit the mandatory underdog storyline. A 19th-round draft pick, Tewksbury didn’t make the majors until age 26 and then spent the rest of his twenties on an assortment of operating tables. When he re-emerged at 30, his fastball sat squarely at a Weaver-esque 84 mph, and yet he spent the better part of decade as an excellent third starter. He did it by walking 1.39 batters per nine inning for the rest of his career before his twilight ran straight into the peak of the steroid era and he was forced to retire.

Tewksbury noted that he thought of himself as a command pitcher rather than a control pitcher, and that the ability to hit spots was more important than just throwing strikes. We’ll have to take his word for it, however; the only real evidence we have is the number everyone valued at the time, BB/9. We have a few other clues that he was evoking the kind of soft contact he was hoping for: a low career HR/9, and an ERA that underperformed his FIP once Ozzie Smith was no longer his bodyguard. It’s undeniable that Tewksbury took all 84 ticks on that fastball and made them work. But it’s a shame that we’ll never be able to hone in, using the tools we have now, to know exactly how he did it.

And what tools we have. Last week, the law firm of Pavlidis, Long & Morrison provided BP readers with new top-line pitching metrics for measuring power, command, and stamina, ranking pitchers on all three from a score of 0-100. These statistics are designed to be more descriptive than prescriptive: instead of examining the results of a pitcher, or even necessarily so much what tools he possesses, they categorize how they behave, what types of pitches they throw, and how they go about throwing them. At the same time, it’s hard not to convey a certain amount of connotation in category titles like power, command, and stamina: these are all good things to have, generally. They won’t necessarily win your next fantasy league for you, but they might help explain why the champion won last year. And there’s no small chance that said champion picked up a waiver wire starter by the name of Zack Godley.

Up to that point, Godley had spent most of his career just outside the spotlight: as a 10th-round draft pick, as part of the trade for Miguel Montero’s veteran leadership, as a member of the Diamondbacks’ patience-demanding young pitching corps with Patrick Corbin and Archie Bradley. He never graced a top 101 prospect list, never melted a radar gun. He wasn’t even the best Zack in his rotation. So it’s possible that his breakout, four-WARP season may have the escaped the notice of people habituating outside of desert climates.

How he did it is interesting, though. When you sort the list of pitchers by Power Score, Godley comes in third-to-last, and one of the two below him is knuckleballer R.A. Dickey. It passes the sniff test: Godley throws four pitches, relies heavily on cutters and curves, and induces a ton of ground balls and weak contact—a perfect combination for these home run-happy times. In fact, it sounds an awful lot like the kind of profile you’d read on the back of a 1991 Bob Tewksbury baseball card: works with what he has, paints the corners, keeps them guessing. Your standard command profile, wielded to its full, pleasant potential.

It’s important to remember here that Godley not only had a fine 2017 season, he did it while walking a perfectly acceptable 8.5 percent of batters faced. The league average was … 8.5 percent. Given the variety of arsenal, the casual fan probably thinks of the Diamondback as a skilled control artist. The takeaway: walk rate might give you a glimpse of how good a pitcher’s control is, but we need to look deeper when we talk about command. And the story of Godley’s command is an interesting thing to track down.

What we have today, and what we didn’t have in the time of Tewksbury, is a halo of intentionality. The goal of pitching is to make it as hard for the batter to hit as possible, while not walking them; by this logic, it’s better to stay on the edges of the plate than give a batter a fat pitch to hit. Thanks to the tracking systems we can now calculate the exact locations, in a ring around the edges of the plate, where a ball is just likely enough to be called a strike, but incredibly difficult to hit well. It gives us the target we never had to measure command rather than simply control.

How does a finesse pitcher get by without finesse? It’s actually not as hard as it sounds, these days. Godley’s pitches had a Called Strike Probability of 41.2 percent, fifth-lowest among starters with 150-plus innings. Below him were Wade Miley and Kyle Gibson … and also Dallas Keuchel and Masahiro Tanaka. I wrote about the similarities and differences of Miley and Keuchel last year. The takeaway: the real “best pitch” isn’t the exact corner of the plate, but actually the worst one at which you can still get the batter to swing. In Miley’s case, batters were rarely fooled; in Keuchel’s case, batters seemed content to pound baseballs into the dirt forever.

Godley can certainly do the latter; the way he bends his pitches, he can trick hitters into striking the top of the ball, leading to a healthy 57.7 percent ground-ball rate. But unlike the Astros’ ace, who seems robotic in his ability to tuck his pitches just below the strike zone, luring bad swings and positioning just well enough to frame into strikes, Godley hucks it all over the place. The difference:

That randomness likely accounts for a portion of Godley’s strong strikeout totals, as when examined individually, none of his pitches appear to be uniquely suited as an out pitch. But if he’s so wild, why is he not walking more batters? I took his CSAA and broke it down by count, to see if an explanation was buried that way:

So much for that theory; rather than tightening up to the strike zone with a three-ball count, if anything, he appears to be more focused on throwing near the plate in two-strike counts. So he’s not wasting pitches, just missing his spots badly. Like Tewksbury and his ratios, perhaps the best indicator for what Godley is doing is to dive into what his opponents are doing against him:

Like Keuchel, our hero won’t throw strikes, and the league is plainly rewarding him for it. Godley appears to have created himself a Voltron out of his own pitches: he combines the high out-of-zone swing rate (O-Swing%) of a sinker-ball pitcher with the low zone swing rate (Z-Swing%) that’s the hallmark of knee-buckling curveballs. When he does have to throw a plain strike, he’s extraordinarily human, as seen through his zone contact rate (Z-Contact%). But to his credit, he manages to keep himself out of dire situations, getting into reasonable counts surprisingly easily.

It turns out that the recipe for success is as simple as it is fragile: it doesn’t really matter where you throw the ball as long as you can get the batter to do the wrong thing most of the time. Where this leaves Godley as a breakout star is a matter of outlook. Godley isn’t exactly an outlier in any one of these areas, but combining them all is a bit of a tightrope act; it’s easy to envision one piece of the foundation giving out, and the whole structure crumbling down. Or, for the optimistically inclined, you could counter that Godley has accomplished all of this without actually really handling the most basic element of pitching, throwing strikes, and thus is afforded plenty of room to grow as he gets older.

The two avenues, Miley and Keuchel, lie before him. When the league adjusts, if indeed hitters can stop thinking about home runs long enough to let four pitches by, Godley will need to make his own adjustment in turn. But until that happens, Godley can continue being the anti-Tewksbury, succeeding by making hitters look foolish.

Thanks to Harry Pavlidis and Jonathan Judge for their assistance with this article.