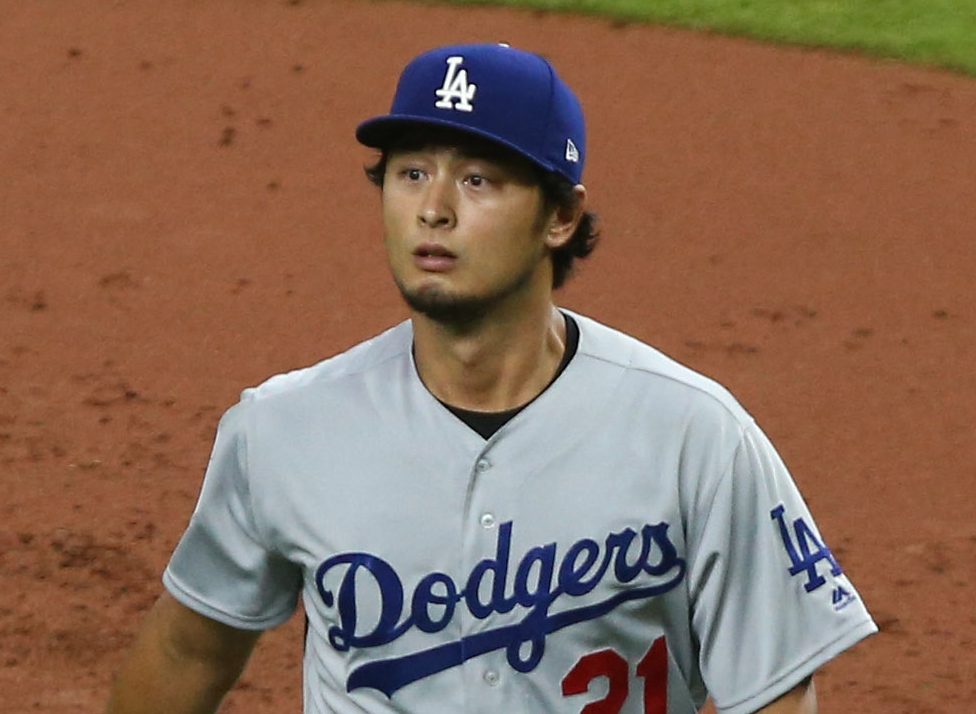 Theoretically—in baseball and also in other things—a rational person should desire a good outcome over a bad one. (And, if that’s not possible, a somewhat bad outcome over a very bad one.) Realistically, though, that’s not quite right. Sometimes, it’s better to torch everything and understand that you’ve screwed up beyond repair and just swear that tomorrow will be different—better to watch the whole thing go up in flames than to scorch the edges juuust enough so that you must spend the rest of the day dutifully trying to scrape off the burnt bits in a doomed attempt to make your work halfway presentable.

Sometimes, it’s easier to sleep through your entire morning presentation than it is to wake up in a panic 10 minutes before, only to arrive late and strung out so that you forget everything you’ve prepared. Sometimes, it’s easier to have an awful fight that wrings out every frustration than it is to have a mature conversation that collapses under the weight of passive-aggression. And sometimes, it’s easier to have your starter get lit up for eight runs in three innings so that you know you’re out and there’s no sense in trying and you can just let the best members of your bullpen rest for tomorrow while you send out the low man on the totem pole to eat some innings—easier to do that than to have your starter lit juuust enough to put you in a hole, but not one so deep that you cannot see a way out.

The depth of a hole of this sort is about four runs. It’s deep enough to be frustrating, but it’s certainly not deep enough to be hopeless. (Especially when, say, your bullpen is decidedly stronger than your opponent’s.) This is the hole that Yu Darvish, in the worst start of his career, placed the Dodgers in last night. He failed to strike out a single batter, the first time he’d posted a 0-K performance of any length in an MLB uniform. But in that pivotal second inning where that four-run hole was dug—where it all fell apart—he did have a few moments where he came somewhat close. After giving up a home run to Yuli Gurriel and a double to Josh Reddick, Darvish landed himself in two-strike counts three times in a row. But each time, the runner got on base; ultimately, two of them would score. First, though, all of them had two strikes, and any of them could have been the inning’s first out—a chance to stop digging the hole. 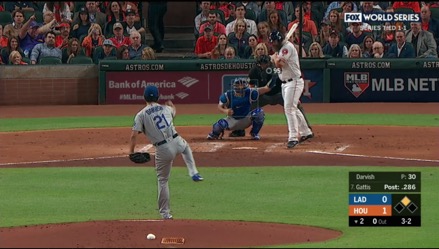 The first pitch is way inside, and the second one is in the dirt, and the third one is right over the heart of the plate for a called strike. The fourth is outside, just a bit, and the fifth is a high slider; Gattis swings, sharply fouls it back. Now the count is full. Darvish gives him a fastball, right over the center of the plate, one that Gattis could have made him regret if he hadn’t fouled it off instead. And then, finally, on Darvish’s last chance to put him away:

Another fastball, this one even further inside than the one that started the at-bat, to make Gattis the first and only walk of the night for Darvish.

Darvish has plenty of choices—about as many as any pitcher can have. Here, though, he doesn’t use them. Instead, he throws the slider: once, twice, a third time, a fourth. Four sliders in a row, but none of them get especially close to doing what he wants. This was a theme for his short night:

The first one to Gonzalez is outside. The next one is fouled off, and the third one is low but  benefits from a failed bunt attempt. Darvish takes a meeting on the mound and throws the slider again and it’s bad: up in the zone, over the middle, and Gonzalez sends it all the way to the fence to score the lead runner.

This one is all over the place. There’s a fastball way outside and a change-up in the dirt and four pitches that McCann fouls off—two cutters over the middle and a sinker that doesn’t quite sink and another mediocre slider. Finally, there’s a fastball that sits over the corner of the plate, and it ends up in right field. Another run scores.

Of these, every strike but one is fouled off. (The lone slider being called for a strike with Gattis at the plate.) That makes for a pretty apt representation of a night where Darvish managed to persuade a batter to chase only once in 49 pitches. This, from a guy who earned whiffs on 14 percent of his offerings during the regular season. The fastball command was bad, the slider was very bad; really, everything was bad—but not so bad that it couldn’t have been worse. Which, really, might have even been a little bit better for the Dodgers in the long run.