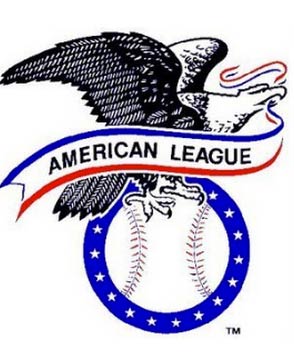 Welcome, Houston Astros, and congratulations on your “decision” to join “the Junior Circuit”! We’re happy to have you. We thought about just asking the Brewers to come back, but Bud Selig shut that down immediately. So you guys are in luck!

This pamphlet will answer any questions you may have and help prepare you for the transition to your new home.

New Neighbors
In the bad old National League days, you were in the Central Division. That meant lots of travel to second-rate cities like Milwaukee and (shudder) Cincinnati. (Don’t even get me started on that concoction they call “chili”!)

But even though you’re basically due south of Kansas City, we decided that Houston should be in the AL West! That means lots of trips to nearby Arlington, culture-rich Seattle, and sunny California. You’ll be playing 76 games against your division rivals, so just think of allllll the frequent-flier miles you’ll be racking up! Seattle is almost 2,500 miles away, Oakland is almost 2,000, and Anaheim is over 1,500. So start planning your offseason around-the-world trips right now!

And never fear—you’ll still be playing your “natural interleague rivals,” the Colorado Rockies, May 27-30. We wouldn’t dream of depriving the fans of that matchup!

One more thing about Los Angeles of Anaheim: That’s something of a misnomer, frankly. Los Angeles International Airport is 35 miles away from the Big A, which, in LA traffic, is a four- or five-hour drive. Make sure you fly into John Wayne Airport, which is a just a hair over 10 miles away. Pro tip!

New Rules
The biggest adjustment you’ll have to make here is Rule 6.10, commonly known as the Designated Hitter Rule. Americans love dingers, and so does the American League. That’s why we don’t let pitchers bat. Nobody wants to see Chris Sale hit, do they? Of course not. If you want to see someone making a horse’s ass of himself, turn on America’s Funniest Videos or search “major fail” on youtube.

I understand you have already acquired the services of a designated hitter for 2013, one Carlos Pena. Now far be it from me to second-guess you here, I mean, it’s your team and you’re free to run it however you like, but please note that “hitter” is right there in the job title, and, well, Pena doesn’t do much of that. But hey, like I said, this is your team, and we’re damned happy to have you. I’ll even put a word in with the AL managers and see if they can go easy on ol’ Carlos and maybe not make him look so bad.

New Style of Play
We prefer “a bloop and a blast” over “small ball” over here. “Pitching, defense, and the three-run homer,” as the great Earl Weaver used to say. Not much call for bunting ‘round these parts—except for Crazy Ron Washington! Guy loves to bunt. His man Elvis Andrus? Got on base at a .349 clip last year AND led the American League in sac bunts with 17! Hahaha, ol’ Ron, God bless ‘im.

There’s also Mike Scioscia (pronounced SO-shuh) down there in Los Angeles of Anaheim, he’s been known to have guys lay down bunts pretty regularly. So maybe this whole NL vs. AL style is actually a false dichotomy. Just be smart, I guess, and don’t give away outs. That’s sound advice no matter what league you’re in.

New York
We know you used to go to New York a coupla times a year to play the Mets, but that was Queens; the Bronx is a whole ‘nother ballgame. (Disclaimer: It’s actually the exact same ballgame; that’s just a figure of speech.) But whereas New Yorkers didn’t much care about the Mets, everything the Yankees do is Literally a Matter of Life and Death.

They’re basically the exact opposite of you guys. No offense. But really, most of your 25-man roster couldn’t get arrested, whereas if A-Rod looks sideways at someone in public, it’s instantly front-page news. I’ve never really understood that, frankly. In a city like New York where there are a million and one things to do every day, why are people obsessed with what a tiny handful of athletes do? You’d think it would be the opposite: Houston’s a cultural vacuum, so you’d think people there would need the distraction from their daily lives. But I guess that’s what football is for.

Oakland
Everyone stays at the Westin St. Francis in San Francisco. We suggest you do the same.

Toronto
The Blue Jays play in an entirely other country, name of “Canada.” Remember the Expos? Same deal. Make sure all your guys have their passports.

Mike Trout
Yeah, we don’t know either. Just sit back and enjoy it. Same with Verlander. Good luck.

New Opportunities
We are truly excited to have the storied Houston franchise joining the superior baseball league—the first addition in 15 years. There may be some bumps in the road, but we’re confident that you’ll be competing for the pennant in no time at all.

One final thing: Folks in the past have confused our former League president Bobby Brown with the former member of New Edition and solo artist in his own right. That can get awkward really quickly, and forewarned is forearmed.

Not the Office of the President of the American League

You need to be logged in to comment. Login or Subscribe
pizzacutter
John Wayne Airport is a truck stop that just happens to serve airplanes.
Reply to pizzacutter
warpigs
I hate to see a typo on the front page --- "Office of the Oresident of the American League"
Reply to warpigs
surfdent48
The 120 games lost record by the '62 Mets may be in jeopardy this year. Good luck Houston.
Reply to surfdent48
BeplerP
At some point late in September 1962, the NY Times beat writer for the Mets (Joe Durso, IIRC) opened his report of a game with the Cubs in Chicago as follows: "It was so quiet in Wrigley Field this afternoon that you could hear the Mets drop their 120th game...." Never forgot it.
Reply to BeplerP
Vicmill1
I sense a strain of Twenty-first Century Ring Lardner here in your very chummy and highly colloquial use of first person singular speech and I thoroughly approve of it. I had been waiting for someone to instruct me in professional baseball at the same time that I had my Chinese Puerh tea coming out of my nose for laughter.

I love the fact that Bob Hope and John Wayne each have their own airports if they ever consider a return to this galaxy. The last Democrat to get one was JFK.
Reply to Vicmill1
warpigs
"The last Democrat to get one was JFK." Actually it's (probably) Norman Y. Mineta (San Jose). Also, not directly named, but while Austin Bergstrom is named for the former Air Force Base it inhabits, the terminal is named for Barbara Jordan.
Reply to warpigs
nolansdad
I know that Carlos Pena was announced as a DH when they signed him, but is there really any reasonable argument for letting Brett Wallace play 1B and having Pena DH?
Reply to nolansdad
marcello
My only thought would be: Wallace might have a future in Houston whereas Pena clearly doesn't. So, they might as well keep Wallace at 1B in hopes that he can stay there past this year and provide a bit more value than at DH.
Reply to marcello