On Wednesday, Albert Pujols Emilio Bonifacio finally got his first extra-base hit of the season. It was his 138th plate appearance, which is fortunate, in that it kept him from matching Juan Pierre (144 plate appearances, 2010) for the longest such streak to start a season during this century.

Reporter: Sorry about earlier, but seriously this time
Reporter: Did you know you’re on pace to do something even Juan Pierre never did?
Bonifacio: Wow! Awesome!
Bonifacio: Oh, Juan Pierre?

Is it possible to be a good baseball player hitting, say, one extra-base hit every 50 plate appearances? Yes, it is! Ninety-nine players since 1950 have had an isolated power lower than .050, at least 400 plate appearances, and produced at least 1.0 WARP. Sixty of them were over 2.0 WARP. You’ll recall that we had 232 players in our sample without the WARP requirement, so more than 25 percent of those pathetic weaklings were actually above-average players and, if actual weaklings, not actually pathetic. It is possible to be a good player with extremely negligible power.

The interesting thing about Bonifacio isn’t really his isolated power or his slugging percentage. It’s that he has managed to draw walks in 11 percent of his plate appearances, despite this spray chart:

This would seem to be unsustainable, and pitchers would seem to be prepared to challenge him with a steady stream of hittable strikes once they realize that Bonifacio is not actually able to hit them. But there’s a pretty good tradition of players with no power maintaining decent walk rates for a while. Among the extreme OBP/SLG ratios on our 99:

Bonifacio drew 59 walks in 2011, which was not enough to offset a sub-.050 isolated power and not enough to offset a .266 career batting average. But in 2012, he has bumped that walk rate still higher, and the change in his approach makes it clear this isn’t incidental. He has seen 4.6 pitches per plate appearance, up from 4.0 last year and in his career. He is swinging at 39 percent of pitchers this year, down from 43 percent last year and down for the third year in a row. His swing rate for pitches outside the zone, according to the early numbers at StatCorner, has also decreased. There are two ways to draw walks. One is to not get thrown too many strikes. The other is to never swing. Bonifacio is doing the second one.

But can he keep doing the first one? Jeff Sullivan wrote a couple times this week about the least intimidating hitters in baseball. He used the rates at which pitchers threw fastballs and strikes to each hitter to determine which hitters got the least respect. The results were exactly the results that you are expecting. The five guys you are thinking of right now were the top five. Don’t even click over there to check. Don’t give Jeff the satisfaction. Make Jeff think nobody is reading him.

The players on Jeff’s list, though, tell us two things about Emilio Bonifacio (who is not on the list, but fits the profile). One is that pitchers know who the lousy hitters are, and they change their approach to try to limit how often that lousy hitter walks. The other is that, even after a lousy hitter is identified as a punchless non-threat who is merely trying to draw a walk, the lousy hitter can still draw a s***-ton of walks. 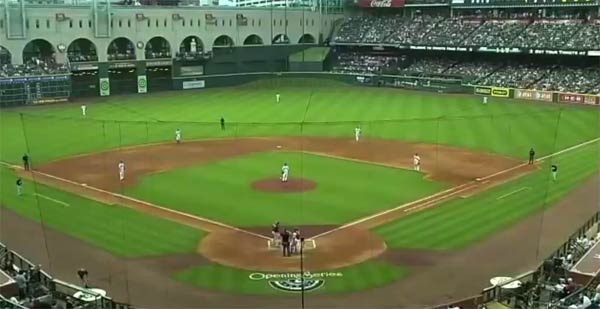 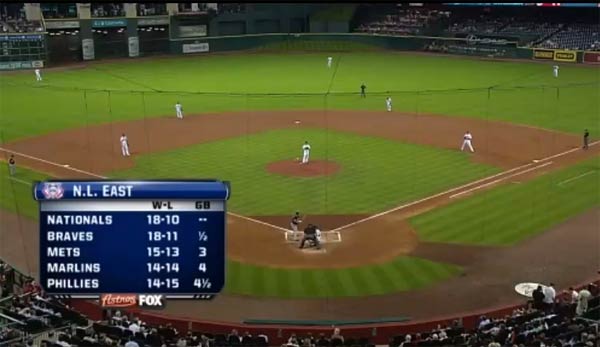 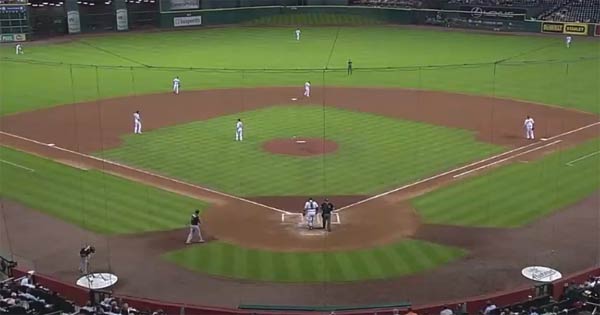 Perhaps, after thousands of games, it’s uncomfortable for players and managers to quit treating the other guy as a threat. Wandy Rodriguez, a pitcher I selected because I typed his name 90 seconds ago, is a .139 hitter, homerless in more than 400 plate appearances. Even Wandy Rodriguez gets thrown sliders and curves and changeups. In fact, Wandy Rodriguez has seen fastballs this year as often as Emilio Bonifacio has seen fastballs in his career, about 66 percent each. Pitchers want to get beat because they got beat, not because they underestimated a world-class athlete.

By the way, did you see Bonifacio's double? It would have been a single for 80-90% of MLB hitters, but hustle and speed turned it into a two-bagger.
Reply to jivas21
dtisch30
That was actually something I wanted to ask about. Most LOW power guys (>.75 ISO) are usually speed guys who have worked on contact skills and running hard out of the box. It seems strange to me that Bonifacio wouldn't have turned some of his singles into doubles by now simply because he is a pretty good runner. As a Yankee fan, Gardener is my frame of reference here and he seems to do that on many balls that should be or would be singles for simply average runners. Surprising...
Great stuff. Thanks Sam
Reply to dtisch30
pobothecat
And yet I really enjoy watching the guy play baseball.
Reply to pobothecat
midzman
16 for 16 in SBs. Soft spot for EB due to rotisserie prowess and cool name.
Reply to midzman
SOJseth
Another way to do it is to foul off a ton of pitches, until the pitcher eventually misses. I don't know of anyone who keeps track of it, but reverse-engineering the numbers from Fangraphs, Bonifacio appears to be fouling off 42.9% of the pitches he swings at, which ranks him 18th in the majors (behind a weird list topped by Reddick, Braun, DeJesus, Dee Gordon, and Jeter). This is in line with Bonifacio's last two years (44.1% and 40%), so yeah, this is probably driven mostly by pitchers throwing more balls. One has to imagine they'll stop doing that.
Reply to SOJseth