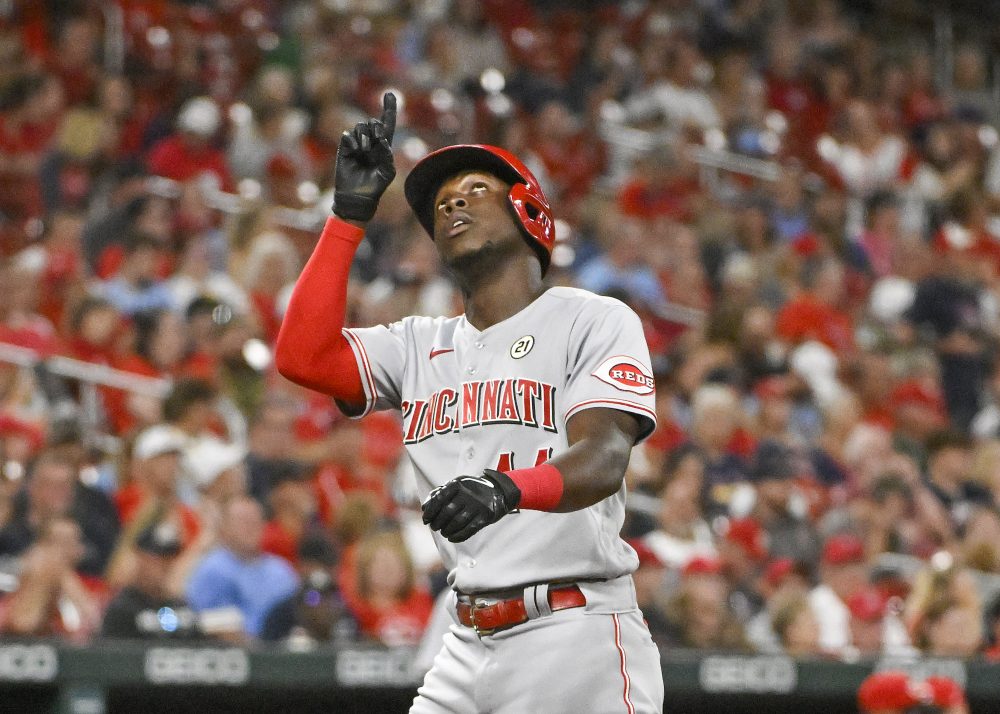 Elvis Andrus $20 (Highest Winning Bid: $77. Lowest Winning Bid: $1)
Andrus shouldn’t be able to keep up this blistering pace, but he is keeping up this blistering pace, and is now up to an absurd .314/.357/.517 slash line with the White Sox in 126 plate appearances, with six home runs and six steals. There isn’t much to say from an analysis perspective except enjoy the ride and don’t overpay for Andrus next year based on a hot month this year.

Hayden Wesneski $12 ($34, $1)
The scouting report on Wesneski in early August when the Cubs acquired him from the Yankees was that he had two solid fastballs (a four seamer and a sinker in the mid-90s) but needed improvement on at least one secondary pitch to break past an SP4 ceiling. In three outings and one start with Chicago, Wesneski has shown a much-improved slider and is generating weak contact. The appeal this week comes with a soft matchup at Pittsburgh. After that he is slated to face the Phillies and finish in Cincinnati if he isn’t shut down or subjected to an innings limit.

Jose Leclerc $11 ($25, $2)
Leclerc had a bumpy outing against Oakland on Wednesday but picked up saves last week in his other two outings and is now definitively the closer for the Rangers. Texas has 16 games left, with 10 coming against potential playoff teams. That doesn’t mean Leclerc won’t save any of those 10 games, but if you’re looking for a tiebreaker Leclerc’s schedule works against him a little bit.

Yonathan Daza $10 ($36, $1)
It’s not impossible to barely hit any home runs while calling Coors Field your home, but it is quite difficult. Daza is currently the ninth player in Rockies history with at least 350 plate appearances to hit two home runs or fewer. He’s the only one besides Tony Wolters to turn the trick without stealing any bases, and if you eliminate catchers then Daza is going to easily “beat” Aaron Miles’ “record” of two home runs and four steals in 2005. The Rockies are home next week – and Daza is a .331 hitter at Coors – but unless you really need the batting average this is a tough sell.

Jon Gray $8 ($26, $1)
Gray was decent in two starts last week against the Marlins and Rays, but he couldn’t get out of the fifth in either outing. He gets a tougher assignment against the Guardians this week. If I had complete confidence that Gray would throw 90-100 pitches, I would start him, but I worry that I’m going to put him in there and he’ll only throw 70-80. This looks more like a rehab assignment for Gray and an opportunity to get reps in than anything else. Use him in AL-only, bench everywhere else.

Dylan Floro $8 ($25, $1)
Closers who don’t strike out a lot of batters aren’t unheard of, but they aren’t exactly a common phenomenon either. Floro’s 20 percent strikeout rate is in the bottom quintile of relievers (minimum 40 innings). He is sustainable as the Marlins closer not because he is any great shakes but because there is almost no one else who manager Don Mattingly trusts in a shaky bullpen. Time is short and saves are saves but my belief in Floro is low.

Aristides Aquino $8 ($29, $1)
Aquino socked two more home runs last week. It helped that the Reds had a nine-game slate (this season has been weird), but we know that Aquino is prone to going on brief bursts where he can carry your team in home runs. If you can’t take any risks in batting average don’t take Aquino but otherwise grab him understanding this is a gamble and it could go wrong eight ways from Sunday.

Wade Miley $7 ($21, $1)
Miley is an ideal streamer this week, with starts at Miami and at Pittsburgh. After that, he closes out with two starts in an atypical home-and-home series against the Reds. His DRA suggests he is always an accident waiting to happen, but Miley has made a comfortable living beating his DRA, particularly since his resurgent season in 2018 with the Brewers. He remains a journeyman, but he is a worthy homestretch add, particularly if strikeouts aren’t your priority.

Bailey Ober $6 ($26, $1)
Ober was brilliant in his return from a three-and-a-half-month absence, allowing two baserunners in five innings against the Guardians. The issue with him right now is length. He threw 70 pitches and I’m not sure he’ll top 75-80 next time around. It’s a great matchup against the Royals, though, so Ober should be streamed almost everywhere.

Rodolfo Castro $6 ($10, $1)
People are sleeping on Castro, a dynamic young middle infielder who has six home runs in his last 75 AB and has been swinging a white-hot bat for the last week. Yes, he’s a Pirate, but he’s worth adding in the hopes that the fun times continue if you have a black hole up the middle.

Depending upon how competitive a league is, the bids at this point can be extremely exciting or anticlimactic. Tout AL falls into the latter band, as Baseball HQ’s Doug Dennis has a comfortable 10 ½ point lead. He took my 2020 reliever-only strategy and ran with it and hasn’t looked back. He won Aranda, Abreu, and Hentges this week. Ten and a half points doesn’t sound like a lot, but Dennis is entrenched in first in nearly all the eight categories he’s competing in. I’m hoping his victory convinces the powers that be at Tout to reimplement an innings requirement in 2023.

Five teams are out of FAAB (including the top two squads) while three teams have $1 left. Both Aquino and Chavis were added by the fifth-place team, which has a realistic chance to finish fourth.