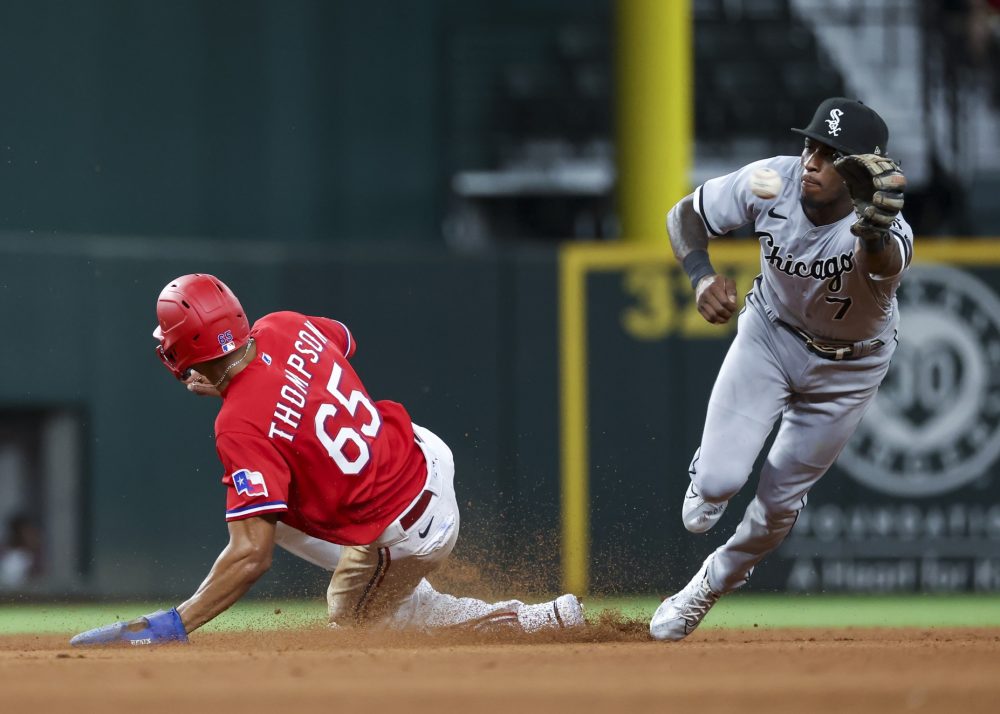 Welcome back to the FAAB Review, the column that reviews the goings on in multiple analyst leagues in the hopes we can help you with your own FAAB bidding process and habits. This column will mostly focus on The Great Fantasy Baseball Invitational (TGFBI), a contest that contains 31 leagues of 15 teams each and crowns an overall champion at season’s end. We’ll look at the 10 most popular FAAB buys in those leagues every week. We’ll also focus on some highlights in Tout Wars AL and LABR NL, two deep industry leagues.

TGFBI
Jonathan Hernandez $24 (Maximum Winning Bid: $91. Minimum Winning Bid: $4)
Hernandez was nabbed in 11 leagues last week; this week he was taken in another 18. I wrote about him in the Week 17 review, and he has only pitched twice since then with one save to show for it. Hernandez remains a fine choice for saves speculation in deeper leagues; the problem is that the Rangers might not give him enough leads to provide enough opportunities in their final 54 contests.

Ian Kennedy $23 ($68, $2)
After an ugly blown save last Monday by Mark Melancon, it appeared the Diamondbacks were finally ready to move on, giving Kennedy two save opportunities last week that he converted. But then Kennedy lost one in the ninth on Saturday and Melancon picked up the save yesterday. There are several outcomes at play in Arizona’s bullpen and there probably aren’t enough saves to go around to make either reliever worth your while. Despite the lousy ERA, Melancon has been the superior pitcher this season.

Rowan Wick $21 ($77, $3)
After the Cubs cleaned out their bullpen at the trade deadline, it left Wick as the logical closer candidate by default/process of elimination. His stat line is poor, although there is some bad BABIP luck tied to that. Wick doesn’t have a save since the Cubs traded away almost half their bullpen and is in the same boat that Hernandez is except it is even less certain Wick is the closer the rest of the way.

Bubba Thompson $17 ($51, $2)
Oh, thank goodness, a hitter. If I had to write about 10 relievers this week, I was going to start screaming. Thompson is incredibly fast, will steal bases, and could produce enough otherwise offensively to survive in the majors and give his fantasy managers 7-10 steals the rest of the way. He could also be exposed by big league pitchers throwing him nasty off-speed stuff and plenty of offerings outside the strike zone and find himself out of the lineup in short order.

Michael Massey $17 ($56, $2)
Massey has a golden opportunity to play the second the rest of the way for the Royals because of the Whit Merrifield deal. The 24-year-old prospect was old for his level in the minors, but some of this was due to nagging injuries the last couple of seasons holding him back. He grades out as below average on hard hit data but a combination of a lots of flyballs and a smart approach to hitting mean Massey could still hit enough home runs to carry his weight. He’s seen by many as a second division regular at best. Feel free to fill in your own Royals joke in the comments section below.

Miguel Vargas $16 ($46, $2)
Vargas can hit, the question is whether he will get enough playing time to be viable in anything but NL-only. The early returns say no, as Vargas has started twice at DH in five days for the Dodgers since the trade deadline on August 2. He probably needs another injury to stick, and it doesn’t help his cause that the Dodgers acquired Joey Gallo. There are too many hitters floating around in Los Angeles and not all of them are going to get to play.

Nick Gordon $14 ($31, $1)
Gordon looks like he’s finally going to stick as a regular, or at least as a super utility guy who gets lots of plate appearances all over the diamond. Centerfield is the most likely landing spot for Gordon, as Byron Buxton needs to DH and the primary competition otherwise is Mark Contreras and Gilberto Celestino. Gordon should be good for a seasonal pace of double-digit home runs and steals with a very good batting average. He also offers loads of position flexibility.

Lars Nootbar $13 ($27, $1)
The Harrison Bader trade to the Yankees clears up a more permanent role for Nootbar in the Cardinals outfield. The problem is he has done little with the opportunity and might be a better off in a strong side platoon where his batting average doesn’t plummet because he is stuck facing lefties. Nootbar is adequate as a fourth outfielder, but it feels like all his deep league buzz is because he was great that one-time in Triple-A in 2021 for all of 136 PA.

Elehuris Montero $12 ($43, $1)
The Rockies have finally decided to do the right thing where a prospect is concerned and give him an honest chance to play. Montero is getting everyday reps rotating between first, third and DH for Colorado. The problem is he has done little with his opportunity, and while there is no shame in having 50+ subpar plate appearances in your first go round the majors it does make it difficult to justify holding a roster spot for Montero on your fantasy squad.

Oscar Gonzalez $12 ($23, $2)
Gonzalez is back for the Guardians after missing time with an injury, and the team has cleaned house, moving some older veterans like Franmil Reyes out so youngsters like Gonzalez can get an honest chance. The hit tool has been impressive, but Gonzalez’s walk rate is low, and the power hasn’t materialized. It’s OK for me to say “be patient” when it’s not my fantasy team, so if you need the power from Gonzalez now and this isn’t a keeper stash you can always use him more as a streamer while you look for something better in your redraft league.

One programming note: Tommy Pham was already on a team and ineligible for this week’s FAAB. The Tout mono leagues instituted a rule that allowed players who were free agents at draft time to stay in either mono league even if they switched leagues. Weird, I know, but the lockout led to some weird stuff.

If you were fourth or fifth in FAAB coming into the trade deadline the pickings weren’t great. Mahle’s ceiling is high, but he has a 4.49 ERA and was hurt for a spell earlier this year. Yes, the ceiling is high, but this isn’t the automatic ace some were hoping would switch leagues on August 2. Hosmer had been a free agent disappointment for the Padres, and I don’t expect a change of scenery to help much, particularly since his runs and RBI should drop in Boston. You can bid on players on the IL in Tout but even so Bader received only one primary bid.

It’s the minor moves that deserve more attention and analysis. Siri was shipped to the Rays and is their centerfielder for the time being. He has been terrible in 162 plate appearances this season. Massey is the big winner based on another player (Whit Merrifield) getting shipped elsewhere. It would be overstating matters to say Massey tore through two levels of the minors, but he was solid and could be a 20/10 hitter for the Royals with a solid batting average in 2023 and going forward if everything breaks right.

The AL to NL crossover at the deadline was more robust than anticipated but lacked a truly big name who headed over. Montgomery has been fine but isn’t the ace some were hoping would get traded from the AL. Odorizzi and Syndergaard are capable back-end starters – and in NL-only those are very valuable – but neither will provide a significant boost. The hitting talent that arrived was even thinner. Gallo could bounce back, but he could also continue to be a batting average albatross with not enough else to make him worth using. I was a little surprised to get Marsh at $2 with no competing bids, but I can understand why given his numbers in 2022.

You are allowed to reclaim FAAB for players on the 60-day IL in LABR but cannot bid on injured players, which is why Segura wasn’t available until this week. The $30 bid by Eric Karabell of ESPN was aggressive but given the lack of foundational players traded to NL last Tuesday it makes sense that Karabell put most of his eggs in this particular basket.