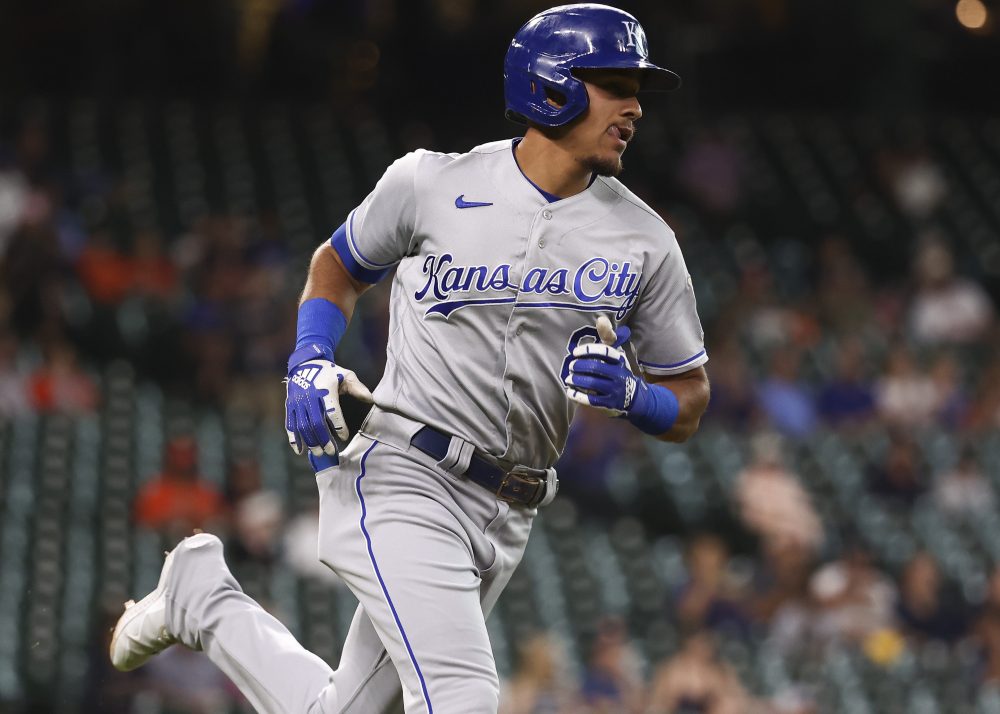 Paul Sewald $34 (maximum bid $51, minimum bid $16)
I was a little surprised to see Sewald on this week’s list, but he was only nabbed in eight leagues, which tells me that he’s already taken almost everywhere else in TGFBI. Since Kendall Graveman was traded to the Astros on July 27, Sewald has pitched very well but hasn’t been the exclusive closer in Seattle (Drew Steckenrider also has two saves). Sewald is very much like his predecessor: He’s a great reliever to have if saves aren’t an absolute priority and you want a reliever with lots of strikeouts and solid rate stats, but if you absolutely must get saves from your roster, there might be better options on the wire.

Nicky Lopez $30 ($101, $1)
After nearly two seasons of poor performance, Lopez looked as if he’d never amount to anything more than a middle-infield bench option (at best) and a minor-league lifer (at worst). But Lopez has evolved into a league-average hitter, which plays thanks to solid defense and all-around athleticism that has made him into a decent starter for the Royals. The stolen bases are what have made fantasy managers stand up and take notice, as Lopez is a perfect 10-for-10 in stolen bases this month. This torrid pace is unlikely to continue, but six or eight steals down the stretch is a reasonable expectation. If Lopez can keep his batting average around .260 or higher, that plays.

Nestor Cortes, Jr. $16 ($44, $1)
I could just as easily make a passionate case to bid aggressively on Cortes as I could to avoid him at all costs. The pros: The results have been terrific, are backed up by excellent batted-ball metrics, and he gets the benefit of a strong Yankees offense behind him that could result in wins. The cons: His 4.66 DRA is nothing special, and there isn’t a pitch in his arsenal besides his fastball that is a plus offering. Cortes is a borderline play this week in 15-team mixed in a matchup against Oakland. I’d lean against using him, unless I was pushing mostly for strikeouts.

Reynaldo López $14 ($54, $1)
The two Lópezes are giving me flashbacks to 2019, when both were prominent figures on the fantasy scene. Reynaldo had always been lauded for his potential but never delivered, with a 4.77 career ERA heading into 2021 and all performance indicators pointing down. It turned out, however, that López had a vision issue. Corrective corneal surgery has helped him perform a lot more like the ace that many of us (including me) thought he could be when we kept fruitlessly adding him to our fantasy teams from 2017-2019. He has also made mechanical adjustments, tightening his delivery and making it more consistent. He struggled somewhat against the Rays on Sunday but has a much friendlier matchup this week against the Cubs. López should be added immediately in deep mixed and AL-only, and I’d even add him in 12-team mixed if I had a reserve slot with which to play around.

Jake Meyers $12 ($42, $1)
Meyers failed to make even the deepest prospect lists heading into 2021 and looked more like an organizational safety net than a future starter for a first-place team. But his power improved in the minors, and Meyers did enough at Triple-A to earn a promotion, which made Myles Straw expendable. Kyle Tucker’s IL stint has pushed Meyers into regular action, and while Meyers is likely to cool off, he has earned a shot at more playing time even after Tucker returns. Chas McCormick had tailed off somewhat after the All-Star Break but has picked it up in August, so the Astros have a nice problem from their vantage point—but it will be a fantasy headache from perspective.

Frank Schwindel $12 ($44, $1)
Schwindel was moderately intriguing as a prospect way back in 2014 because he was a catcher with some pop. He couldn’t stick at the position and wound up as a first baseman/corner outfielder who was less interesting, and he couldn’t crack the Royals lineup. Years later, Schwindel finally has found an opportunity with the rebuilding Cubs and has smacked five home runs in 95 plate appearances with an excellent batting average. I’d rather have Meyers in a keeper league, and I’ll likely have Meyers higher in my 2022 initial rankings. In a redraft league, though, give me Schwindel and his regular playing time in the two-hole for the Cubs every day of the week.

Michael Lorenzen $10 ($37, $1)
[INSERT NAME] didn’t seem to be part of the closer mix in Cincinnati, but all that changed last week when [INSERT NAME] nabbed two saves against the [TEAM] and [OTHER TEAM/NO WAIT, IT WAS THE SAME TEAM]. How exciting and wonderful it is to be writing about another Cincinnati reliever! While [INSERT NAME OF DIFFERENT RELIEVER] was OK for a while, he couldn’t hang on to the job, because he [BLEW MULTIPLE SAVES/GOT INJURED/WAS GRANTED A LEAVE OF ABSENCE TO HIT THE COMPETITIVE EATING CONTEST CIRCUIT]. [INSERT NAME] isn’t someone about whom I’m particularly excited, but saves are saves. If you need a closer, you should bid accordingly. But don’t bid too much, because [SAVES ARE ONLY ONE CATEGORY/YOU’RE ALMOST OUT OF FAAB/YOU NEED POWER MUCH MORE THAN YOU NEED SAVES].

Miles Mikolas $9 ($26, $1)
After missing all of 2020 due to a flexor tendon injury, Mikolas returned in May but then was shut down again until starting a minor-league rehab assignment in July. Mikolas pitched well on Friday against the Pirates, striking out five in as many innings with his velocity back up to pre-injury levels. He’s a strong streamer in a rematch against the Bucs in Pittsburgh, but my trust is limited to weaker opponents or favorable venues like this one.

Bradley Zimmer $7 ($21, $1)
Zimmer has emerged on the good side of an outfield platoon in Cleveland, starting in right field against righties while mostly sitting against southpaws. Zimmer has a .261/.380/.391 slash line against right-handers, with four home runs and nine steals in 166 PA. Those steals are what make Zimmer playable in deeper mixed formats, but he needs to face at least five righties every week to maintain viability. He’s projected to see four righties and two lefties this week against Boston and Texas. In OBP leagues, Zimmer is an auto-start in 15-teamers. Otherwise, I’d keep him on the bench this week unless you’re desperate for steals.

Jorge Mateo $6 ($23, $1)
It was a steals-heavy week in TGFBI. Mateo’s value has primarily come due to eight steals in 152 PA, including three in 59 PA since Baltimore plucked him from the Padres. Mateo’s robust .333 AVG is a mirage and his awful BB/K rate portends disaster, but if you’re desperate for steals, you can add him.

I was on vacation last week, briefly glanced at the free-agent pool and decided the juice wasn’t worth the squeeze, even though I had multiple hitters on the IL. The lack of bids in Tout suggests that I would have had a hard time finding viable replacements in any event. Shaw could get some time against lefties at first base for Boston, and Velasquez has been a nice story for the Yankees. In both cases, though, we’re still looking at the bottom of the barrel. (I wrote that bit about Shaw this morning, and of course he went out and hit a grand slam later in the day off the bench.)

Smith’s numbers at Triple-A prior to his promotion leap off the page, but with Cavan Biggio already out on a rehab assignment, Smith’s window for playing time could be brief. I hope that he gets a chance, if only because you don’t see as many 15/15 players as you used to. I like Melendez as a prospect, but he’s still in the minors and seems more like a 2022 play.

No, that isn’t a misprint. Only two players were acquired in LABR NL this week, with no competing bids. My team and three others are vying for second place, while Derek Carty of Rotogrinders is closing in on a title, with a 19-point lead heading into this week. My team has performed admirably given the extended absences of Mookie Betts and Jacob deGrom, but therein lies the problem. There isn’t enough time for me to rally, even if both put up ridiculous numbers in the last month.