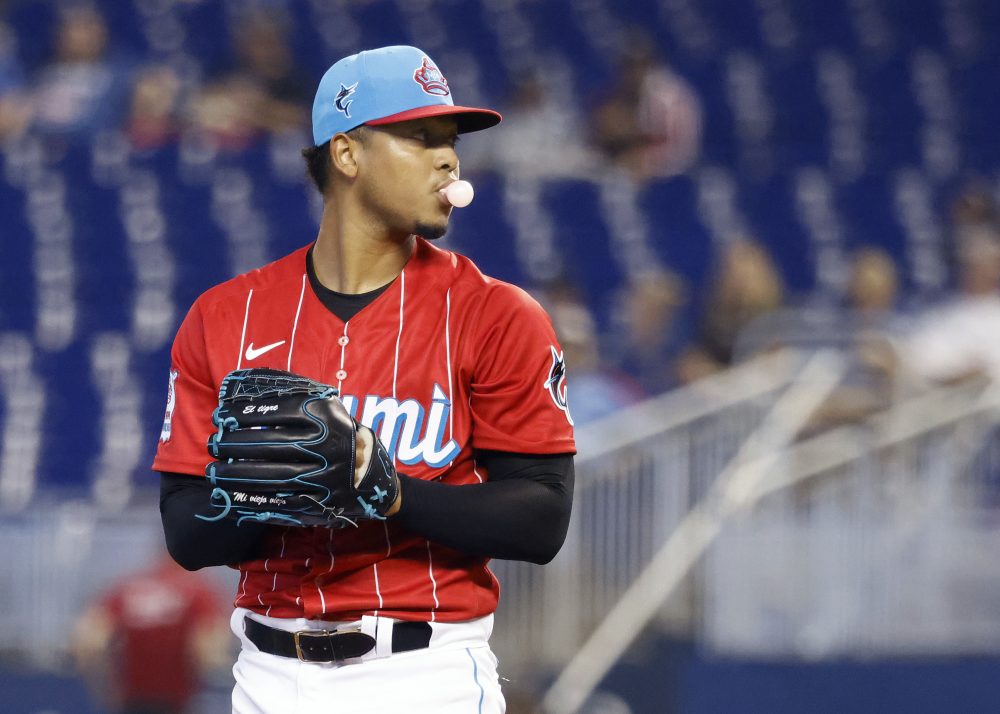 Welcome back to the FAAB Review, the column that examines what’s been going on in analyst leagues. The hope is that we can help you with your own FAAB bidding process and habits. This year, the primary focus is on The Great Fantasy Baseball Invitational (TGFBI), a contest that contains 29 leagues of 15 teams each and crowns an overall champion. We’ll look at the 10 most popular FAAB buys in those leagues every week.

TGBFI uses a $1,000 FAAB budget and runs their FAAB weekly on Sundays. I’ll list the average winning bid, followed by the highest and lowest winning bids. All stats and matchup listings for pitchers are through Sunday’s games.

The 23-year-old righty was stellar in six of his eight starts earlier this season. In the other two he coughed up 11 earned runs in just 8 1/3 innings, including four home runs. After what turned out to be his last start for several months, Ynoa took out his frustrations on the team bench and broke his hand. Ynoa’s minor-league rehab assignment was also sketchy, as he allowed 10 earned runs on 16 hits and five walks in 10 1/3 innings.

As such, your guess is as good as mine as far as which pitcher shows up for Atlanta on Tuesday. Ynoa is worth a speculative add because when he’s on form, he’s as good as any other mid-rotation starter out there. However, I wouldn’t break the FAAB bank to add him, nor would I go after him in shallower leagues. Either way, you should keep him on the bench until we see which pitcher shows up.

Hernández made just three starts before he was sidelined, first with biceps inflammation, then with a quad strain. Since the Marlins aren’t going anywhere, I have to believe that they will limit his innings the rest of the way. The righty only pitched 25 innings last season, so they may keep him below five innings per start and only let him accumulate another 30 or so innings this season to protect his health.

Hernández was using his fastball/slider combination close to 98 percent of the time, throwing a show-me changeup just for kicks. It’s really his slider that has generated all the swings and misses with an 18 percent swinging-strike rate. Hernández has always carried some bullpen risk because he is limited to two pitches, so don’t be surprised if he runs into trouble going through the lineup more than twice (if the Marlins ever let him get to that point). He’s another pitcher worth a speculative add if you can get him on the cheap. Otherwise, I’d be very leery of Hernández if you’re concerned about your ratio stats.

At age 27, Brinson is finally showing signs that he can be a useful major-league and fantasy player. He’s gotten chances to be the Marlins’ center fielder in every season since 2018, but he has never batted more than .226 or slugged above .368. This season, he was plodding along at .233/.266/.400 through the end of July when something seemed to finally click.

Since August 1, Brinson is mashing .365/.411/.692 with four home runs, 17 RBI, and 13 runs scored. He has raised his slash line for the season to .282/.320/.507 and is fulfilling the promise that he showed during his early minor-league career. It appears that the center-field job is now his to lose, but if he keeps hitting like this, it obviously won’t be an issue.

When the music stopped, Barlow was the last man without a seat in the Rangers bullpen, so he is their closer for now. Barlow allowed one earned run in his second outing back on July 3 and has not allowed any in 12 2/3 innings since. During that span he has struck out 15 and walked six while only allowing four hits.

Along the way, Barlow notched three holds and now has two saves since getting the closer job. Of course, there is every chance that the Rangers go with a committee or give the job to someone else in their bullpen just to see what they have for next season. Then again, it’s just as likely that Barlow keeps the job for the rest of the season.

As the Yankees’ primary utility player, Wade has played all over the diamond aside from first base and catcher. Now that Gleyber Torres is probably on the IL until at least the end of the month, and Andrew Velazquez doesn’t seem to be able to hit his weight, Wade figures to be the Yankees shortstop for a while.

Before you go running to the waiver wire, keep in mind that Wade is mainly a stolen-base play. He has 12 thefts in 15 attempts. He could, however, also be a decent source of runs since he typically bats ninth in the order in front of DJ LeMahieu. Wade won’t hit many home runs, and I wouldn’t expect many RBI either. Torres could be out even longer than the Yankees are letting on, though, so Wade is worth a roster spot if you need the stolen bases.

Only the Royals would take a pitcher who had thrown 21 2/3 innings in relief with a 4.98 ERA and a 30-to-15 strikeout-to-walk ratio and turn him into a starter. In fact, only a Royals pitcher would go out and get rocked for seven earned runs in 6 2/3 innings against the Orioles and Tigers, then turn around and limit the White Sox and Yankees to just two earned runs in 17 2/3 innings.

Hernández is an enigma. In addition to the aforementioned “reverse results,” he has already pitched 72 1/3 innings this season, just seven innings shy of his career-high number, which he accomplished in 2018. In 2019, he threw 57 2/3 innings, and he only pitched 14 2/3 innings last season. At some point relatively soon, the Royals are very likely to shut him down. If you decide to roll the dice on Hernández, be aware that the clock is ticking.

Givens is the current Reds closer. Considering the fact that he spent most of his season in Colorado, it’s sort of amazing that his ERA is just 2.13. That ERA is even more amazing when you consider that his walk rate is 12.3 percent, which sort of negates the effect of his 27.1 percent strikeout rate.

The Reds are only biding their time with Givens while they wait for Tejay Antone to return from the IL. Lucas Sims also looms as a potential replacement if Givens falls apart. All it will take is a blown save or two for him to lose the job, so don’t spend more than a few bucks to add him to your roster.

Just as you would expect, Joe is batting .370/.423/.696 with four home runs at Coors Field, and .234/.314/.338 with two home runs on the road. He’s playing every day now, so he’s worth using as a fifth outfielder or as an injury replacement whenever the Rockies are at home. Lately, he’s been the leadoff hitter, so there is some opportunity to accumulate some runs. He won’t hit for much power, though, nor is he a stolen-base threat.

I’m not sure what the attraction is to Ober in fantasy circles. He’s made 13 starts and has a record of 1-1 with a 4.53 ERA. He’s just a league-average pitcher when it comes to strikeouts, and he’s allowed 13 home runs in just 57 2/3 innings pitched. Ober isn’t someone who I’d roster outside of the deepest of AL-only leagues.

Gil has made all of two starts for the Yankees and already the New York press is asking whether he’s a Rookie of the Year candidate. While it’s nice that he hasn’t allowed a run in 11 innings and has put up a nifty 0.82 WHIP along with his 32.1 percent strikeout rate, let’s not get carried away.

Gil pitched well in Double-A and more than earned his promotion to Triple-A. But he struggled after the jump with a 5.64 ERA because of too many walks and home runs allowed. The 23-year-old righty is still a work in progress, despite his success over two starts against the Orioles and Mariners. He’s shuttling back and forth between Triple-A and the Yankees for now, but he’ll probably join the team in September. What his role will be remains up in the air. He’s worth a speculative add, but keep in mind that his innings may be closely monitored.