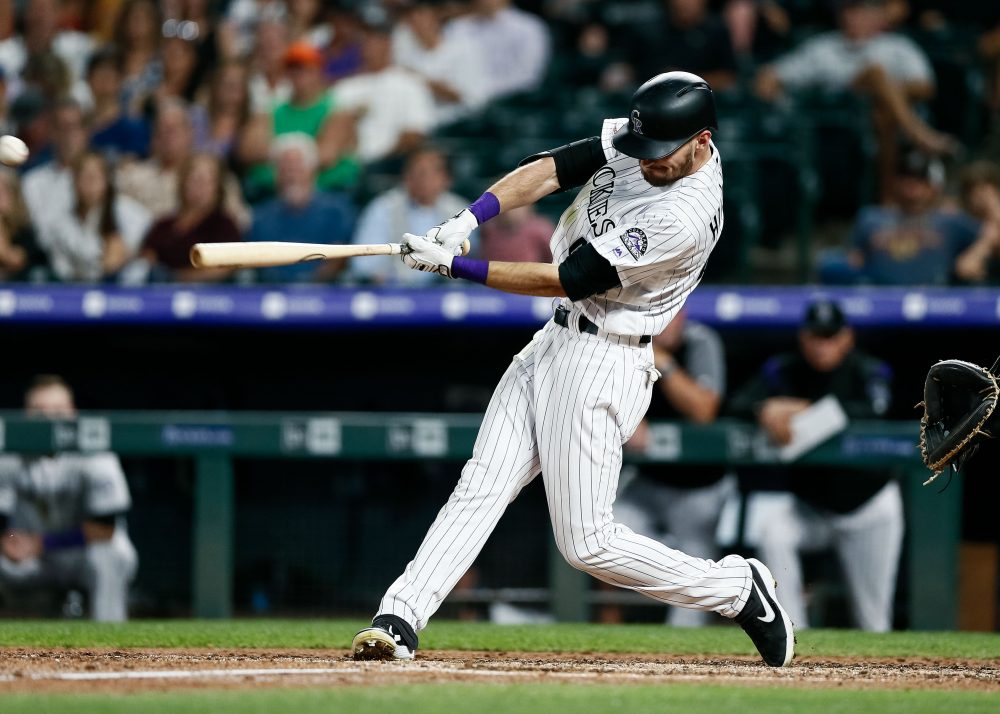 Sean Manaea $88 (Other Bids: $47) (DET)
Manaea returned to the mound Sunday after year-long recovery from shoulder surgery. He was superb against the Yankees, tossing five scoreless innings with five strikeouts. He was also dominant during his four-game rehab assignment, compiling an ERA of 1.90 with a 0.68 WHIP and 13.7 K/9. Manaea will likely make another four or five starts in September and is worthy of a FAAB investment in all leagues.

Cavan Biggio $57 (Other Bids: $21, $0)
Biggio has struggled during the second half with a .199/.331/.358 slash line, six homers, and four stolen bases. He hasn’t made anywhere near the same splash as fellow rookie teammates Vladimir Guerrero Jr. and Bo Bichette but has occasionally flashed the solid hitting skills that he exhibited throughout his minor-league career. He’ll continue to play regularly, but don’t count on him suddenly turning things around after a rough rookie campaign to date.

Andrew Kittredge $17
Kittredge has served as the opener at five times this season with mixed results. Over his last 15 innings he has compiled a 7.20 ERA with opposing batters hitting .333/.382/.517 off him. He’s not worth adding at this point considering his recent struggles and the way he is used by the Rays.

Jake Bauers $17
Bauers showed little improvement over his 2018 debut season, hitting just .234/.307/.382 this year and striking out at a 27 percent clip. After he hit just one homer in July, Cleveland sent him back to Triple-A for the month of August. The injury to Tyler Naquin opened a spot for Bauers, who will get a second chance to show that he belongs.

John Means $11 (Other Bids: $0) (@TB, TEX)
After putting together a good enough first half to represent Baltimore in the All-Star Game, Means hit a wall during the second half. His ERA was a stellar 2.50 at the end of the first half, but his eight second-half starts have yielded a 5.62 ERA that has raised his season mark to 3.55. He has been better over his last three starts (19 IP, 2.37 ERA), but two of those were against the Royals. Means could be a streaming option against the right opponents in September.

Travis d’Arnaud $4 (Other Bids: $2, $0)
After a red-hot start where he batted .281 and hit 13 home runs over just 199 PA with the Rays, d’Arnaud has cooled considerably. Since August 1, he’s batting .259 with just two dingers. Given the dearth of catchers who can hit, it is possible that d’Arnaud catches fire again, but don’t bet the rent on it.

Mauricio Dubon $0
Dubon has nothing left to prove in the minors, so it’s nice to see the Giants giving him a chance to see some major-league pitching in September. Dubon offers the ability to hit for both average and power, and he could provide some stolen bases. He’ll be sought after to round out fantasy infields next season and could give your team a little boost if you can get him on the cheap.

Seth Brown $197 (Other Bids: $90)
In the latest edition of Small Sample Sizes Can Be Fun, we marvel at how Brown’s prodigious Triple-A power (37 home runs in 500 Triple-A plate appearances) hasn’t translated to the majors in his first six games. This is obviously a tongue-in-cheek observation, although Brown’s decreased strikeout rate and lack of walks are interesting to note. Brown is your typical late blooming, left-handed masher, and he’s on the right team to give him an opportunity to run with a job regardless of the lack of pedigree. Brown could play full time down the stretch, although he sat against the last two southpaws the A’s have faced.

Mike Freeman $90 (Other Bids: $1, $0)
We have reached the “I can’t believe I’m writing about Mike Freeman” portion of the season in the FAAB Review. Jason Kipnis was removed from Saturday’s game with a sore right wrist, and an examination by a hand specialist on Monday revealed tendonitis. Kipnis could be back by the end of the week, although it’s possible Cleveland plays it relatively safe, which would mean that Freeman gets a fair share of at-bats. Freeman has been surprisingly productive at the plate this season, although most of the fantasy benefit comes because of an average fueled by a .384 BABIP. Seeing Freeman potentially get a full-time opportunity down the stretch for a Cleveland team in a playoff race is a great story, but one that’s only fantasy relevant in AL-only.

Ronald Guzmán $25 (Other Bids: $8)
Even before the rabbit ball completely altered the game, Guzmán’s lack of big-time power made him a suboptimal option at first base in most fantasy formats. This season, Guzmán took a step backwards and eventually was demoted to Triple-A. Called up on Sunday as part of the Rangers’ roster expansion, Guzmán could see regular action down the stretch, but he remains an unexciting play. There is also some risk that he gets stuck in a platoon or part-time role.

Travis Shaw $50 (Other Bids: $4)
Barring a September outburst, Shaw is easily going to be the most disappointing hitter in NL-only, based on his average salary in expert-league auctions last March. Shaw’s batting average had always been a minor concern, but his plate discipline collapsed this season and everything went with it. The Brewers finally (and understandably) pulled the plug, optioning Shaw to the minors. Shaw was punishing the ball at Triple-A, and while the usual PCL caveats apply, I do like that Shaw’s BB/SO rate improved in the minors. If he does tap into his power, he’s a sneaky source of value in deep mixed. Keston Hiura’s injury is likely a season-ender, giving Shaw plenty of opportunity in a lineup that has been decimated by injuries—although Mike Moustakas returned from a day-to-day injury yesterday and Corey Spangenberg got the start at second base.

Sam Hilliard $10 (Other Bids: $4, $3)
Hilliard is the prototypical example of a player who excites the fantasy crowd while doing little for the prospect experts. Hilliard’s raw Triple-A numbers are absurd (35 home runs, 109 runs, 101 RBI and 22 steals), but in addition to the PCL warning label those numbers also come with a .262 batting average and a 98 DRC+, neither of which inspire confidence. The hope is that Hilliard will play regularly in the Rockies’ outfield, while benefiting from Coors and stealing bases in September. The worry is advanced pitchers will eat him alive, taking advantage of what has been described as a stiff approach that gives Hilliard limited plate coverage and hampers his ability to drive anything unless it’s a cookie down the middle or a mistake pitch.