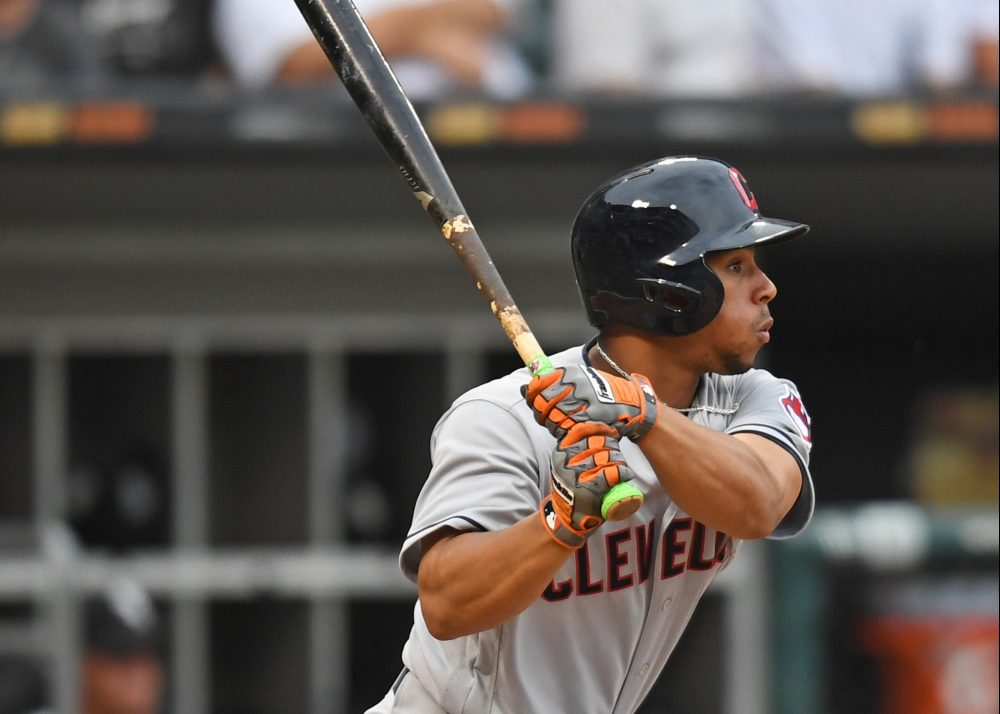 Jorge Mateo, SS, Oakland Athletics (DWL Toros del Este): 2-4, R, K, 2 SB.
Mateo had himself a stellar season peppering the gaps, swiping tons of bags, and even knocking a dozen balls over the wall. He’s probably miscast as a shortstop, but the A’s seem perfectly content to continue giving him reps there until he forces the issue at the big-league level.

Troy Montgomery, OF, Anaheim Angels (AFL Scottsdale Scorpions): 3-4, R, 2B, 3B, RBI, K.
An unheralded collegiate eighth-rounder in 2016, Montgomery put together a nifty little season this year, hitting .271/.358/.413 across three levels without a discernable platoon split. It’s not a particularly dazzling skillset, but there’s a decent mix of across-the-board skill and left-handedness here, to where he may very well crack some rosters eventually in a traditional fourth-outfielder/platoon role.

Albert Abreu, RHP, New York Yankees (AFL Scottsdale Scorpions): 5 IP, ER, 3 H, 4 K, HRA.
A Victor Robles solo shot was the only damage off Abreu in this start, and it marked just the second run he’s now yielded across his first three starts in the desert. He’s looked good while doing what he’s been doing, too.

Cody Carroll, RHP, New York Yankees (AFL Scottsdale Scorpions): 2 IP, BB, 3 K.
Carroll has picked up in the AFL right where he left off in Trenton, which is to say he’s been largely unhittable in spite of wildly inconsistent command. He sits upper-90s with a plus slider, but whether or not he can harness either will determine whether he ever drops anchor near the back of a big-league bullpen.

Yanio Perez, RF/1B, Texas Rangers (AFL Surprise Saguaros): 2-4, K.
The Cuban slugger backed up a two-hit day Monday that included his first homer of the fall with another two-hit game on Tuesday, and has come out impressively for Surprise. He ripped up the Sally over the first half of the season before struggling to adjust at High A, and it’s an open question as to whether his approach and bat-to-ball will be good enough for him to get to plus power in games. The rest of the tool set is decent, though, and it was a largely successful stateside debut for him in 2017.

Blake Swihart, C, Boston Red Sox (DWL Leones del Escogido): 3-4, 2B, 2 RBI.
Though technically not still a prospect, Swihart’s still only 25, and coming to a crossroads in his career. An ankle injury and general awfulness last year—he hit .190/.246/.292 in 53 games at Pawtucket—has run him to the brink, as he’ll head into 2018 out of options.

Jung Ho Kang, 3B, Pittsburgh Pirates (DWL Aguilas Cibaenas): 0-4, 3 K.
It’s been a precipitous fall for Kang, and his performance thus far in the Dominican (3-28, 13 K) has been about right for someone who’s been away from competitive ball for several months. He’ll be 30 right around Opening Day, though his visa status remains just as unclear as his prospects of landing another big-league deal even if he’s cleared to play.

Francisco Mejia, C, Cleveland Indians (AFL Glendale Desert Dogs): 2-4, R, HR, 2 RBI.
He is a top-five prospect in baseball, and he has been un-shy about showing off them chops in Glendale so far.

Yonathan Daza, OF, Colorado Rockies (AFL Salt River Rafters): 3-5, 3 R, 2B, 2 RBI, SB.
Daza sat out for a few days, but with three hits yesterday he’s up to .355/.364/.484 now with four bags across his first nine games. Even though Craig wouldn’t let me just put a bunch of heart, fire, and muscle emojis here instead of actually writing something, know that I tried.

Thairo Estrada, SS, New York Yankees (AFL Scottsdale Scorpions): 4-5, R, SB.
I’m already getting more than a little tired of writing about all of the awesome exploits of Yankee prospects in Arizona, but Estrada’s been positively raking since he got there. He’s got a solid collection of utility tools, including plus marks for his speed and arm and can-hold-it-down defensive chops at short.

Franklyn Kilome, RHP, Philadelphia Phillies (DWL Leones del Escogido): 4 IP, ER, 3 H, BB, 4 K.
The long right-hander wore down a bit over the season’s second half, including a five-game stint at Double-A in which he struggled to throw strikes. He’s put up a couple solid starts in a row now to start his off-season in the Dominican.

Tyler Krieger, 2B, Cleveland Indians (AFL Glendale Desert Dogs): 3-4, 2B.
A former fourth-rounder with ACC pedigree, Krieger struggled pretty mightily at the dish this season in Double-A, and it’s a tough profile on account of fringy arm strength that limits him to the right side of second.

Spencer Turnbull, RHP, Detroit Tigers (AFL Mesa Solar Sox): 4 IP, R (0 ER), 2 H, 2 BB, 3 K.
At 25 he’s on the older side for the AFL, but he’s been sitting mid-90s in the desert with quality results. The delivery and lower slot cry out for a future in the ‘pen, but either way we’re likely to find out whether he can contribute to a big-league team next year.

Henry Owens, LHP, Boston Red Sox (AFL Peoria Javelinas): 4 IP, 5 ER, 6 H, 5 K, HRA.
Owens has debuted a new, lower-slot throwing motion in Arizona, but so far, same old as far as the results go. He didn’t walk anyone yesterday, which is good, but he’s now given up 10 runs in nine innings, and…well, time is not on the 25-year-old’s side.

Victor Reyes, OF, Arizona Diamondbacks (AFL Salt River Rafters): 3-4, BB, R, 2B, 3B, 2 RBI.
When we talk about tough profiles, we definitely talk about Victor Reyes, a left-field-only contact guy with solid raw speed that lacks utility on the bases and very limited power potential. He can hit, though, and one thing we should never, ever do is count out a hitter.